IRVING, Texas – The Big 12 and Southeastern Conferences have announced the 2020 matchups for their women’s basketball challenge. Kansas will travel to Oxford, Mississippi, to face Ole Miss as part of the SEC/Big 12 Challenge.

The matchup between the Jayhawks and the Rebels will be the third all-time meeting between the two programs. Ole Miss leads the series 2-0 after defeating Kansas inside Allen Fieldhouse, 78-76, in 2006.

Every team from the Big 12 will participate, while 10 teams from the SEC will take part. The format features five home games on campus sites for each conference per year.

Game dates and tip times, along with television designations, will be released when available.

“The SEC/Big 12 Challenge proved to be a successful event for both conferences since its inception in 2014,” said Big 12 Commissioner Bob Bowlsby. “These contests provide high-quality matchups that prepare our teams for the rigors of Big 12 play, while showcasing the excitement of women’s basketball.”

The inaugural challenge was held in 2014. The 10-team format began in 2016 with the two conferences splitting the challenge in 2017 and 2018. The Big 12 won the event in 2019 with eight of its teams collecting victories.

The full Kansas women’s basketball nonconference schedule will be announced at a later date. 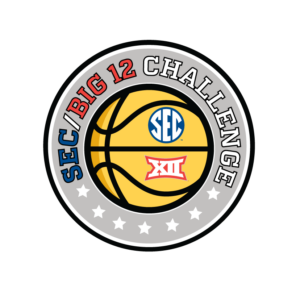