LAWRENCE, Kan. – In one of the most high-scoring games in Kansas football history, the Jayhawks defeated the Nebraska Cornhuskers, 76-39, on Homecoming on Nov. 3, 2007, which will be streamed live on the @KUAthletics Facebook page beginning Saturday, May 16 at 12 p.m. (CT), brought to you by our partners at Pizza Hut.

The 2007 homecoming showdown was one for the record books, as it is the most points allowed and the most touchdowns allowed in a single game (11) in Nebraska football history. In addition, Kansas’ 76 points scored is the third-largest scoring output by the Jayhawks in program history.

In addition, Spectrum Sports, Cox Cable and Midco Sports plan to broadcast the 2007 Kansas vs. Nebraska game presented by Pizza Hut, Rally House and Delta Dental and fans are encouraged to check your local listings for air times. 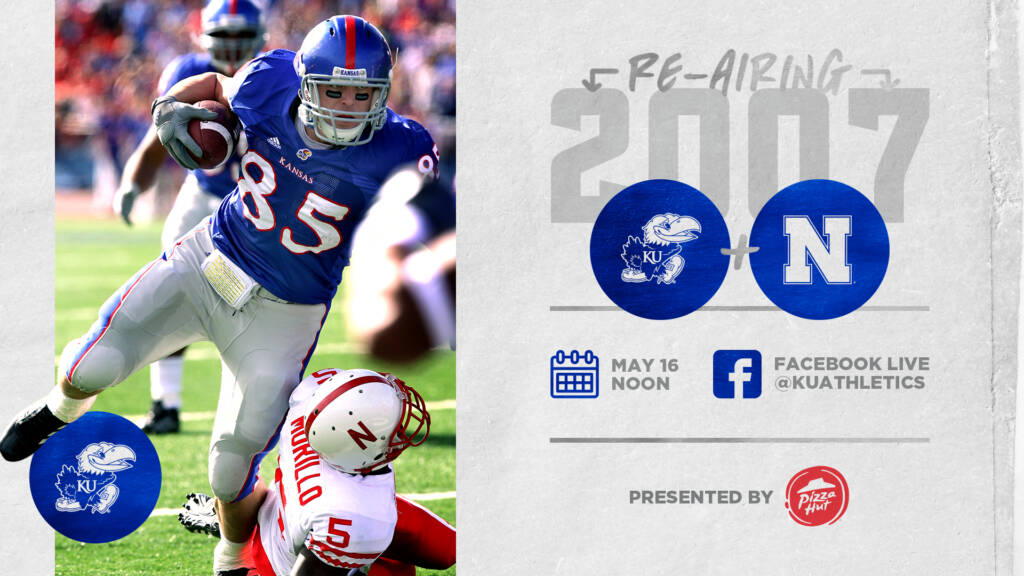 Re-Air Information brought to you by Pizza Hut

When: Saturday, May 16 at noon
Where: Facebook.com/KUAthletics
Other Viewing Options: Cox Cable, Midco Sports, Spectrum Sports