On November 6, 2010, the Kansas Jayhawks overcame a 28-point fourth quarter deficit to defeat Colorado at Memorial Stadium in Lawrence, Kansas.

Trailing 45-17 with 14:52 remaining in the fourth quarter, Kansas scored the final 35 points of the game to claim the victory. The win was the largest deficit overcome in Kansas football history and KU’s 35 fourth-quarter points set a school record for most points scored in a quarter.

KU’s 35 fourth-quarter points were the second most scored in a fourth quarter to win a game in NCAA history behind only BYU’s 36 points in a 50-36 win against Washington State in 1990.

The comeback would not have been possible without several miraculous performances from the Jayhawks, including freshman James Sims’ four rushing touchdowns, all of which came in the final 19 minutes of the game. Sims scored the game-winning touchdown on a carry from 28 yards out with just 52 seconds remaining in the game, tying the school record at the time with four touchdowns against the Buffaloes.

Sims scored his second touchdown of the contest on a 13-yard rush capping a nine-play, 66-yard drive with 11:05 remaining. The Jayhawks then recovered an onside kick and quarterback Quinn Mecham hit wide receiver Jonathan Wilson on a 38-yard touchdown pass to make the score 45-31 with 9:26 to play.

KU’s next score came on five plays into CU’s next possession as Jayhawk sophomore defensive end Toben Opurum forced a fumble that nickelback Tyler Patmon returned 38 yards for a touchdown to make 45-38 with 7:12 remaining.

On the next CU drive, Patmon intercepted a Cody Hawkins pass. KU wide receiver Daymond Patterson then made a one-handed catch from Mecham for 22 yards and Sims went the final 20 yards on four carries to tie the score at 45-45 with 4:30 to play. Sims scored on a six-yard rush to tie the game.

With complete momentum on its side, Kansas forced three-and-out by Colorado and took over at its own 37-yard line. Six plays later, Sims bolted up the middle to give Kansas a 52-45 lead with 52 seconds remaining.

Colorado came roaring back and drove to the KU seven-yard line with eight seconds remaining. Hawkins’ first attempt was bobbled in the end zone by wide receiver Paul Richardson and his final attempt was overthrown securing the KU comeback victory. 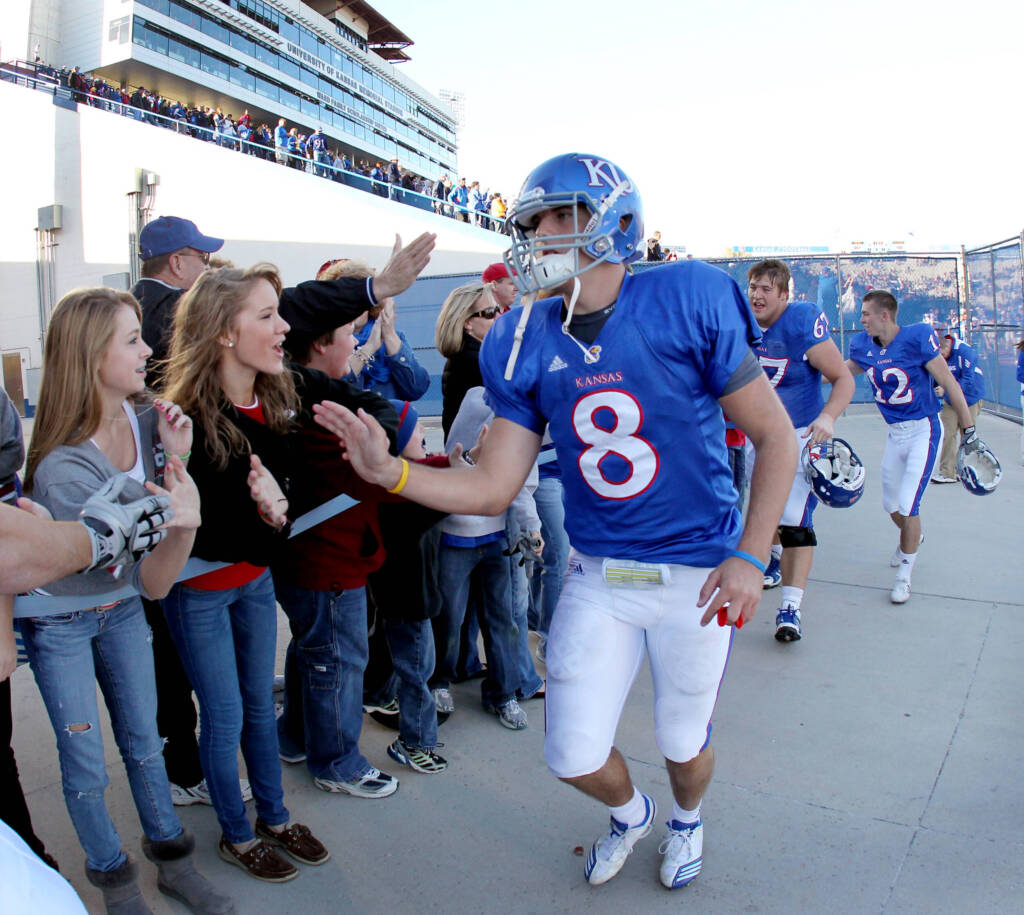 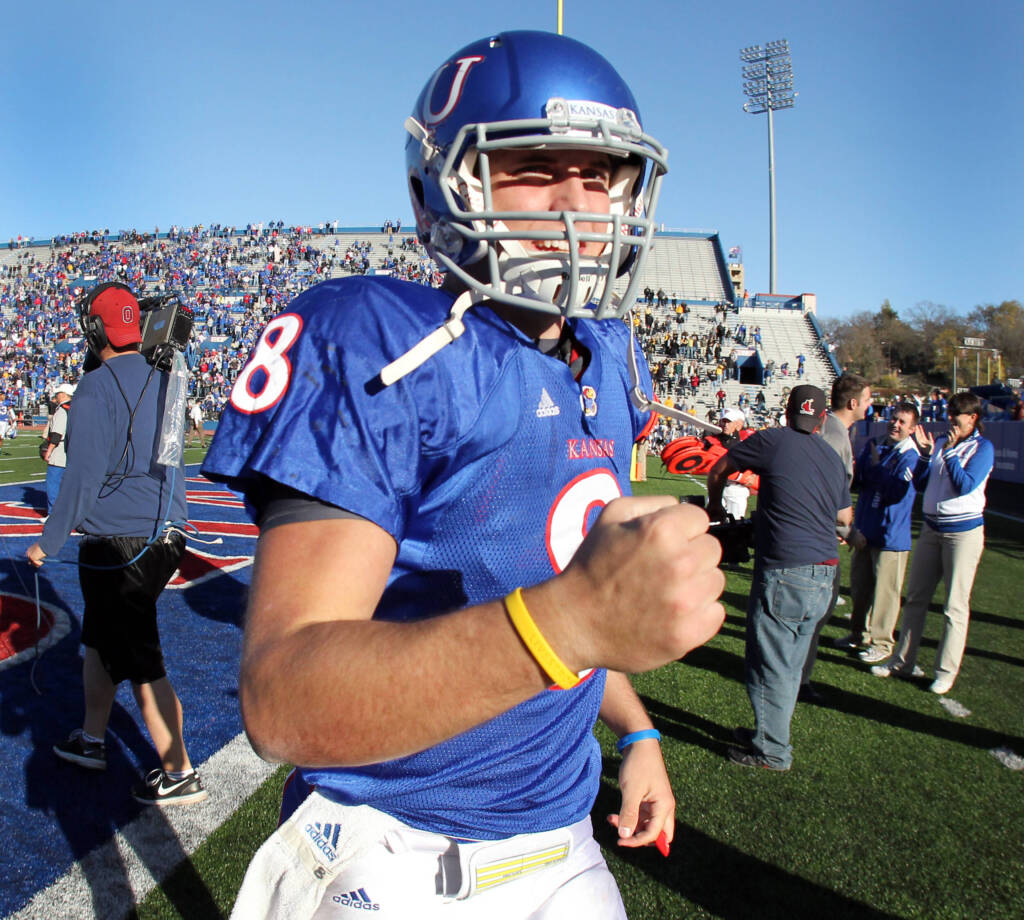 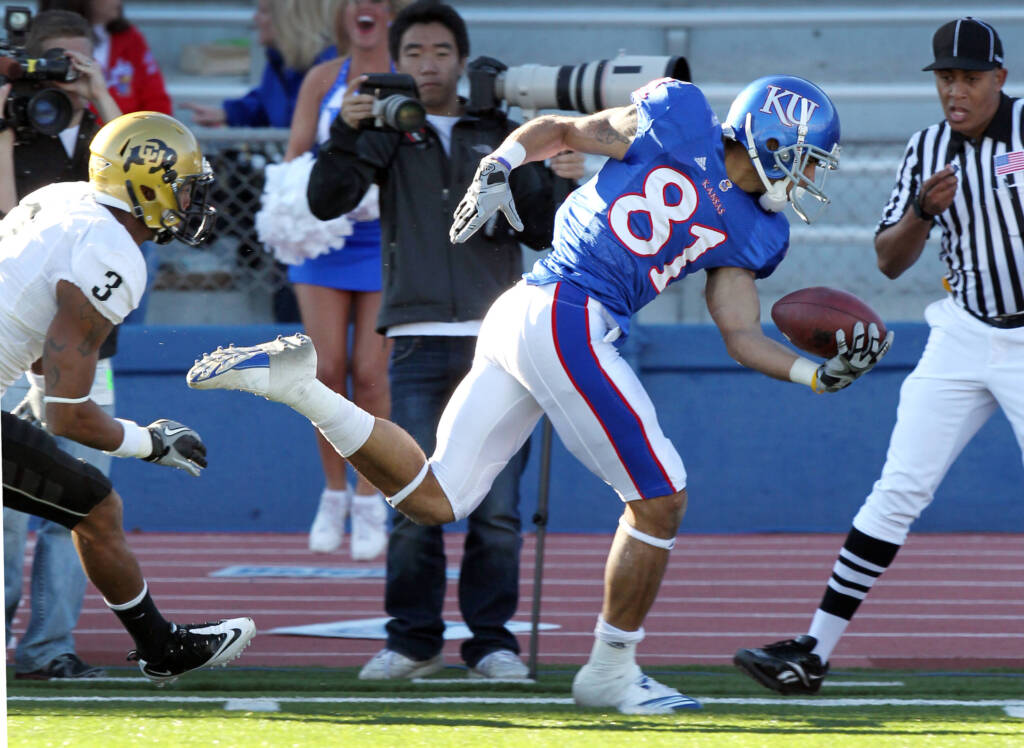 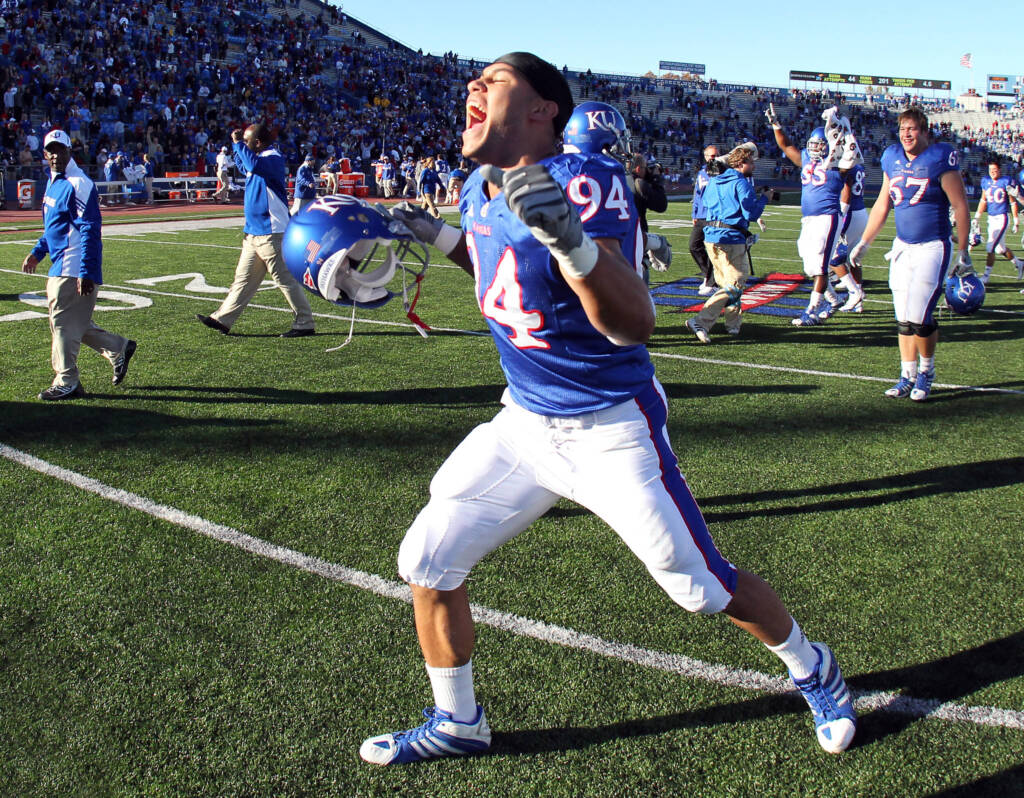 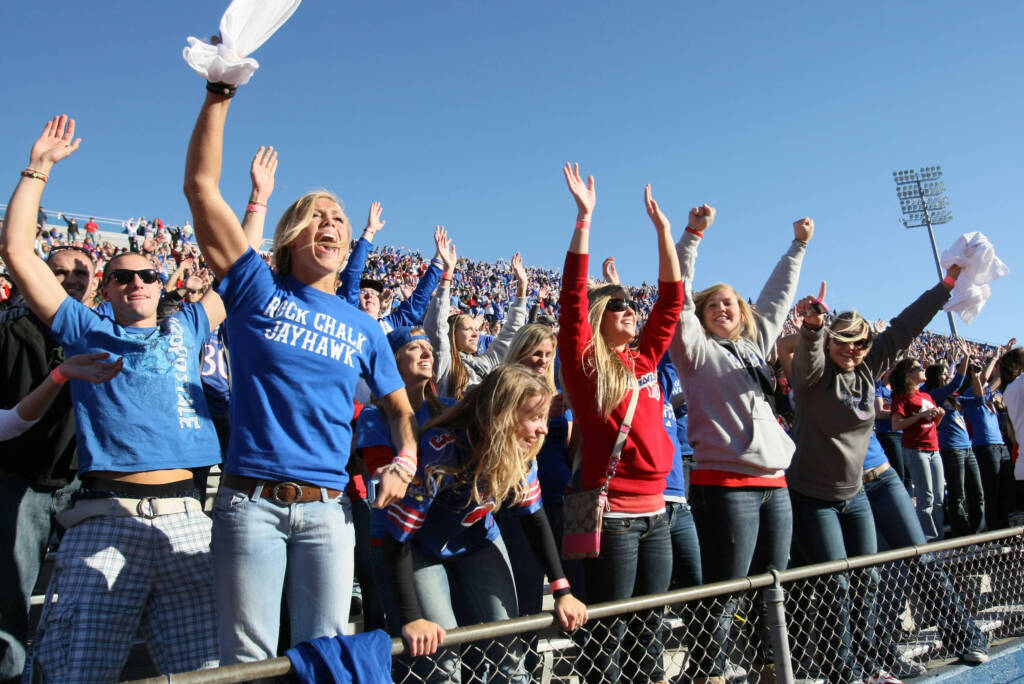 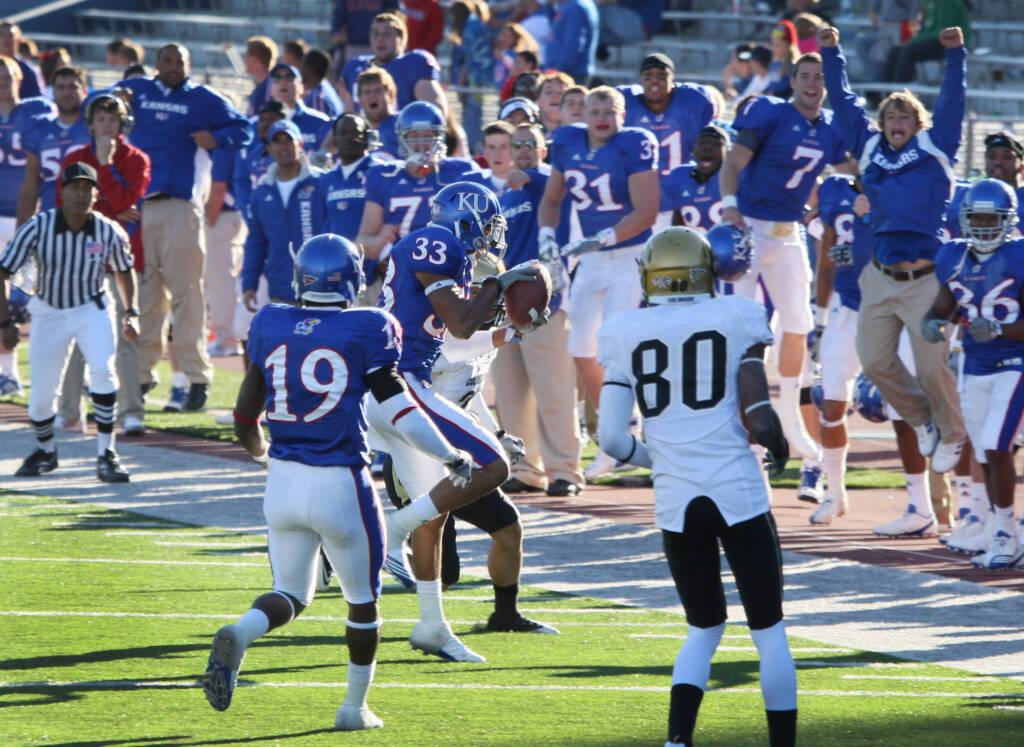 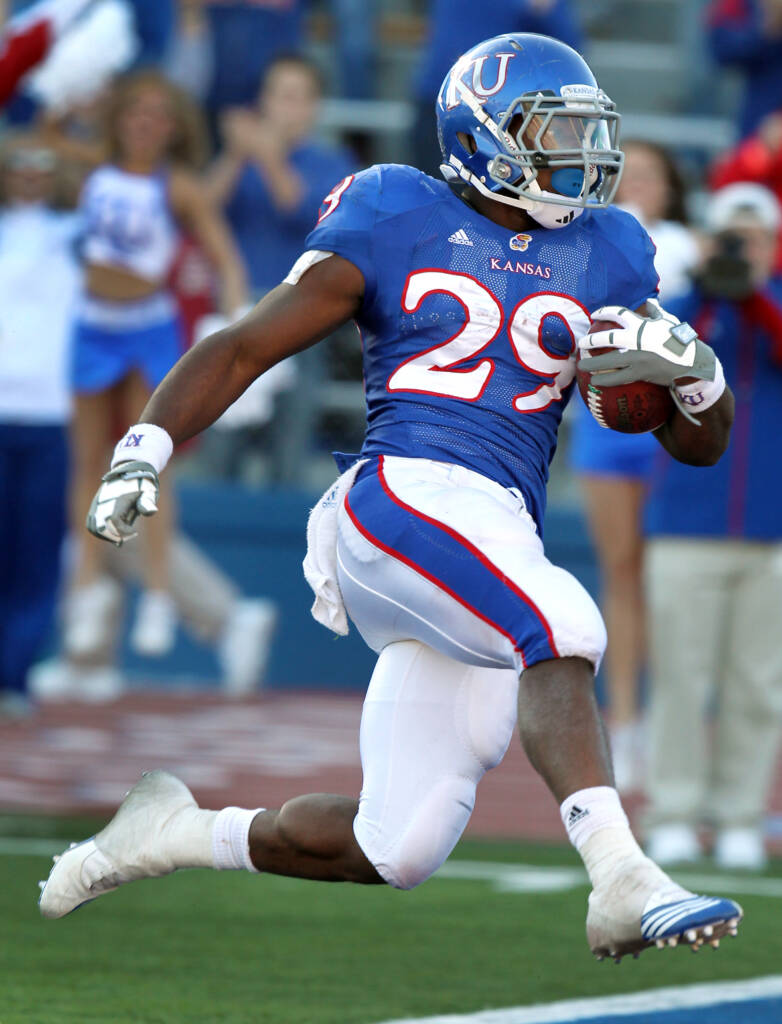 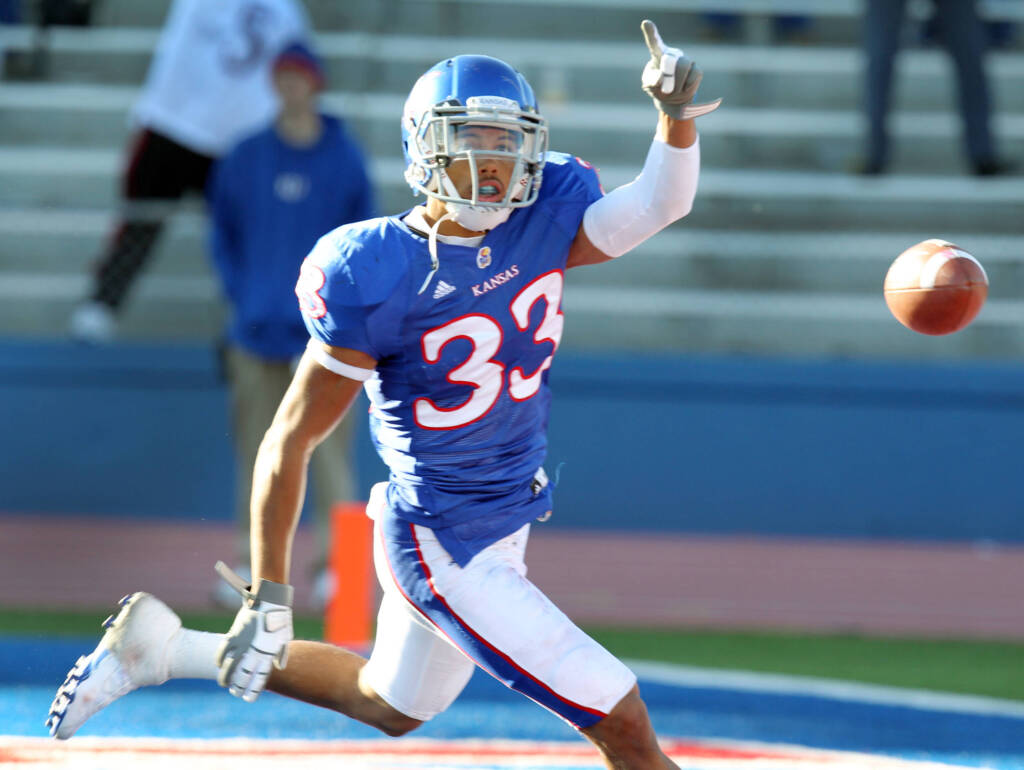 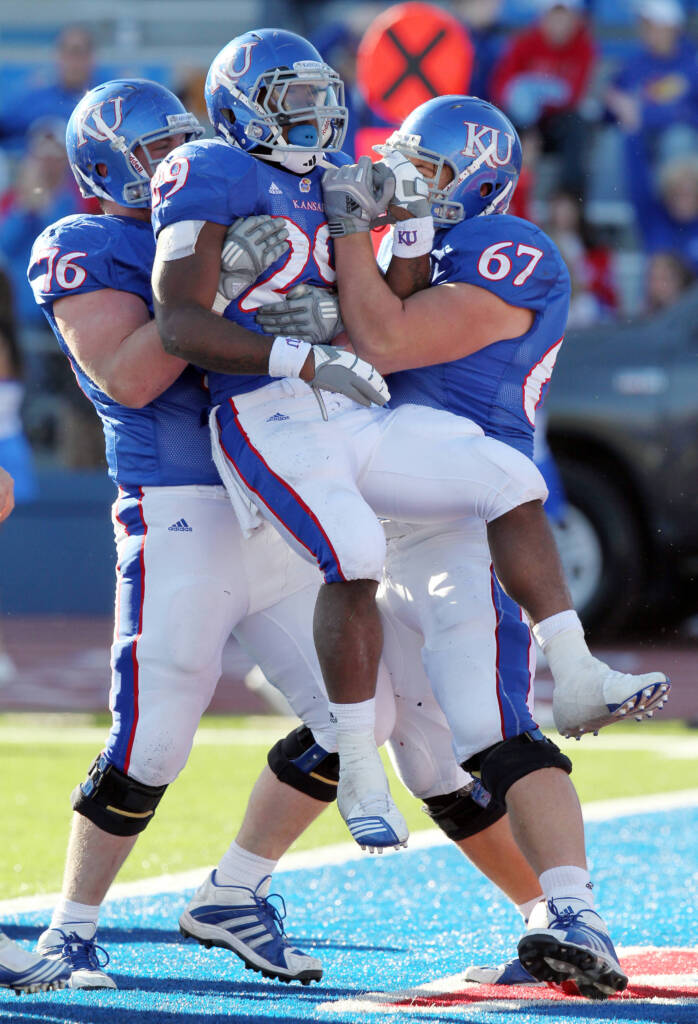 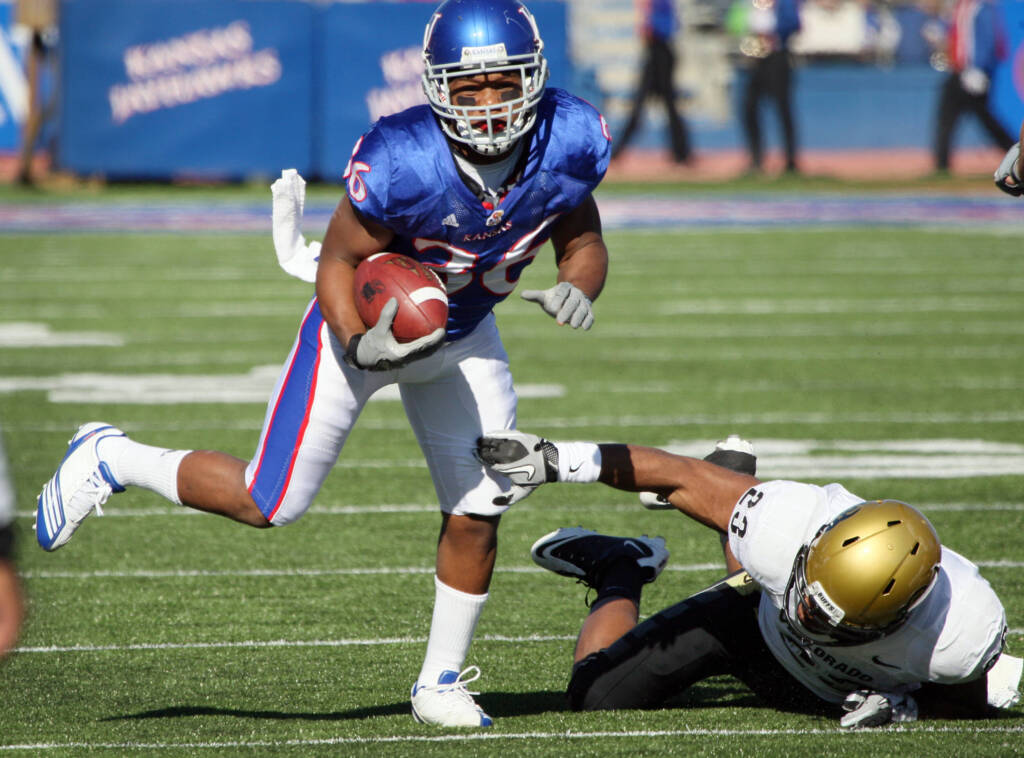 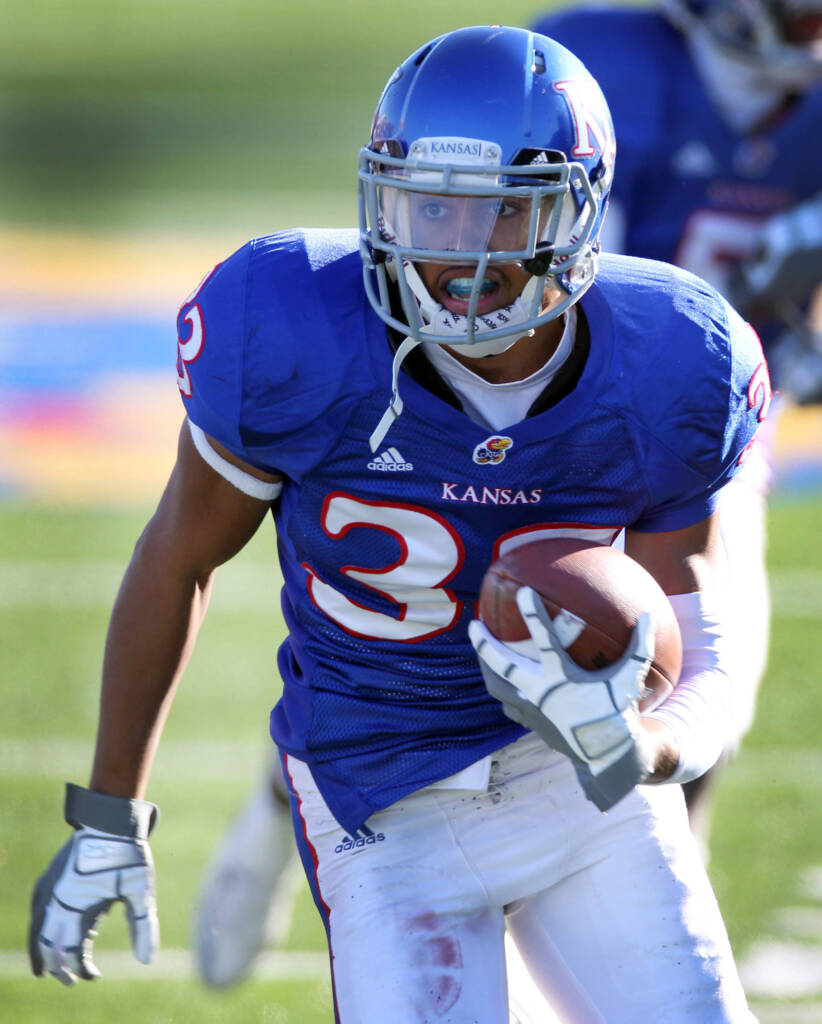 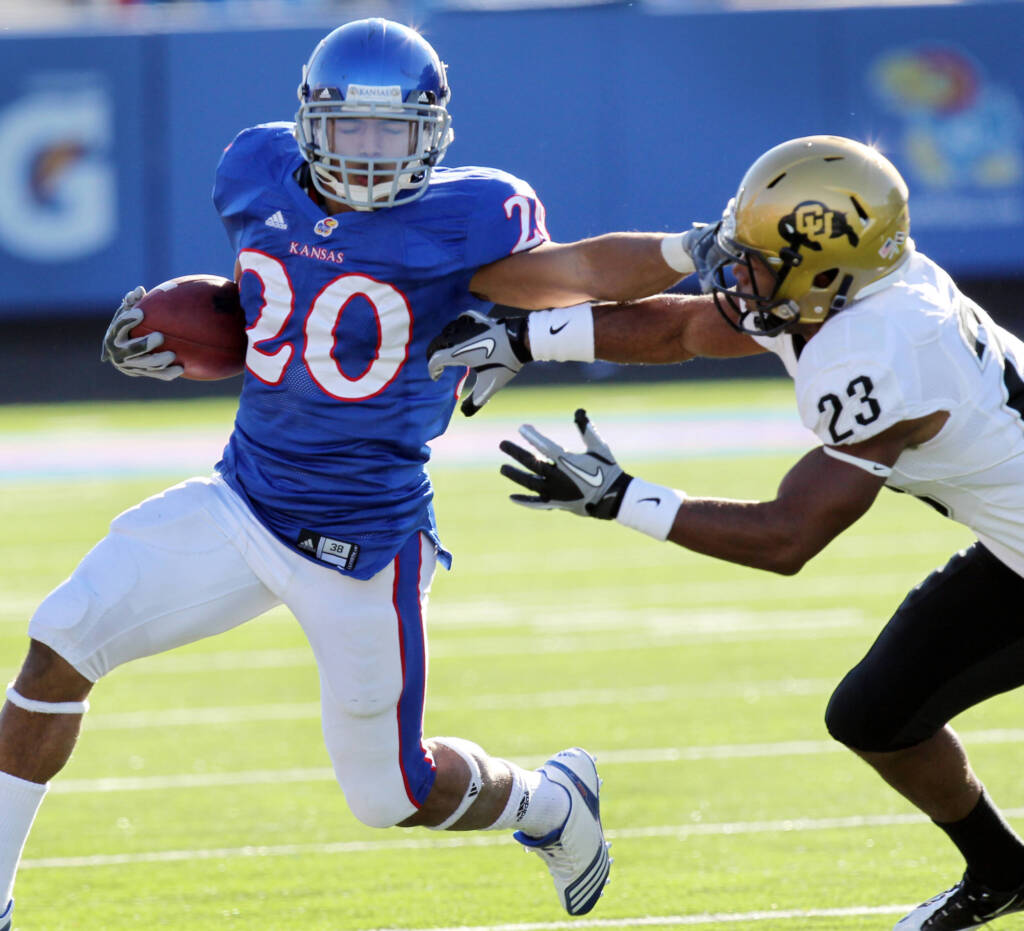 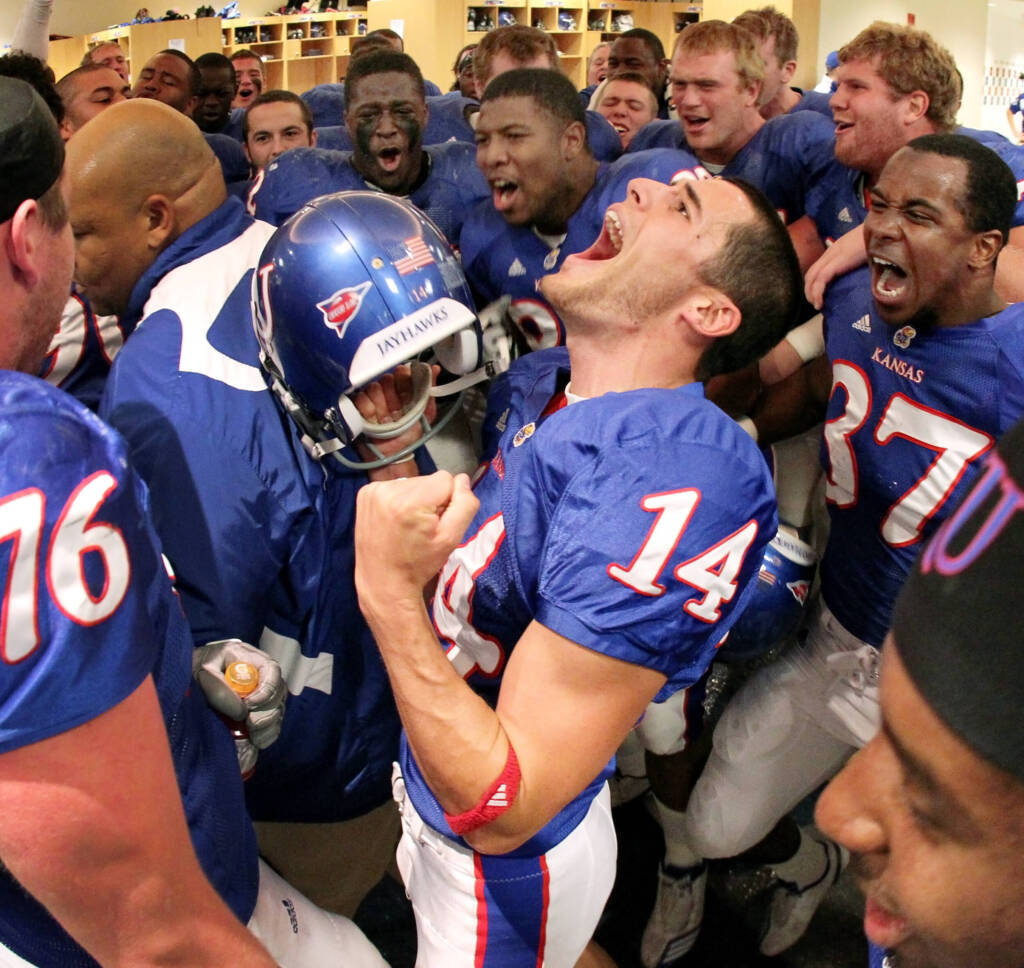