In his fourth start since becoming the Friday night starting pitcher for the Kansas baseball team, senior right-handed hurler Jordan Piche’ tossed the first complete game of his career, a one-hit shutout, leading the Jayhawks to a 1-0 win over the Bears at Baylor Ballpark on April 25, 2014.

Piche’ dominated on the mound for KU, as he gave up one Baylor hit and allowed just four baserunners through nine innings, including two walks and a hit batsman. The only blemish in the hit column for Piche’ came from the first batter of the game, BU leadoff man Lawton Langford, when he singled through the left side. Piche’ then went nine-straight innings without surrendering a hit.

The one hit surrendered by Piche’ was the fewest hits allowed by a KU starter since Shaeffer Hall threw a no-hitter against Air Force, Feb. 20, 2009.

"I felt great tonight. That’s the best I’ve felt all year. It was an absolute blast for me. Just going out there and filling up the zone, throwing strikes and letting my “D” work behind me—it was just a great game." 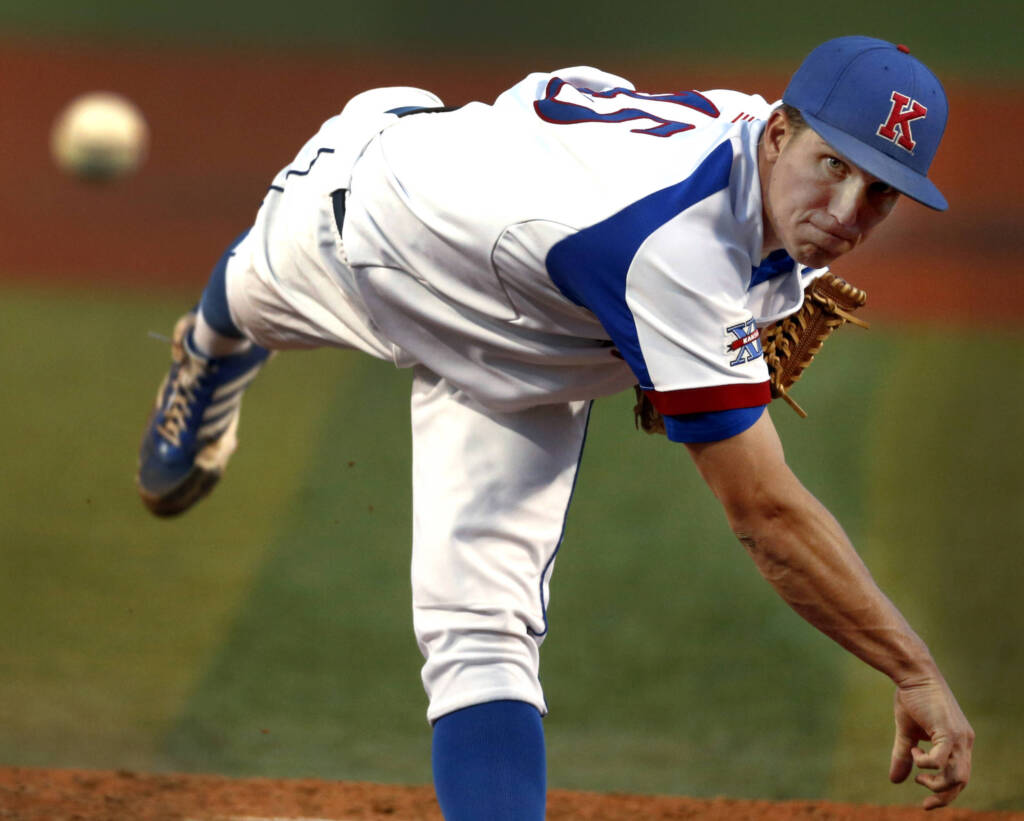 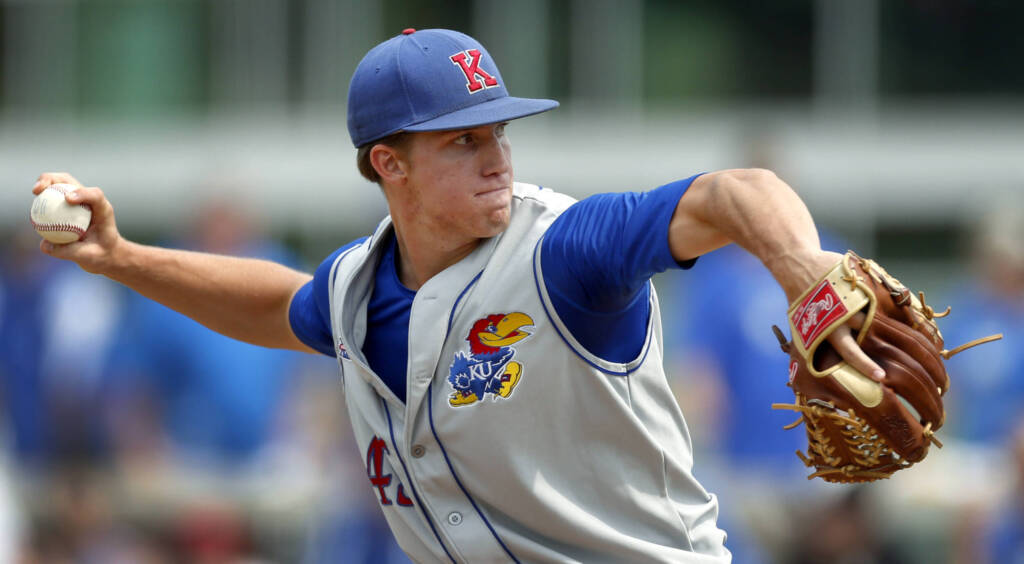 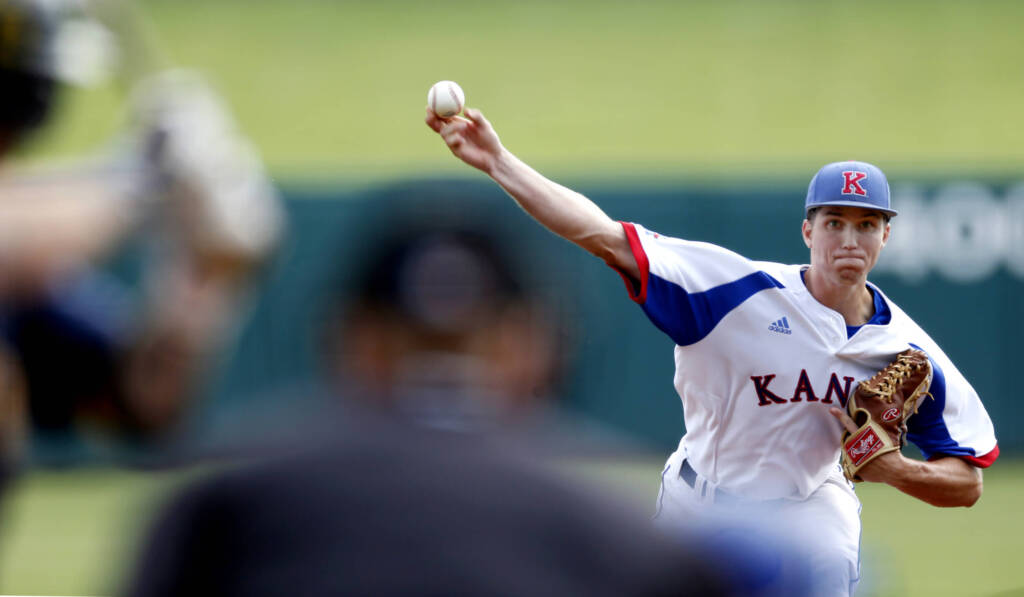 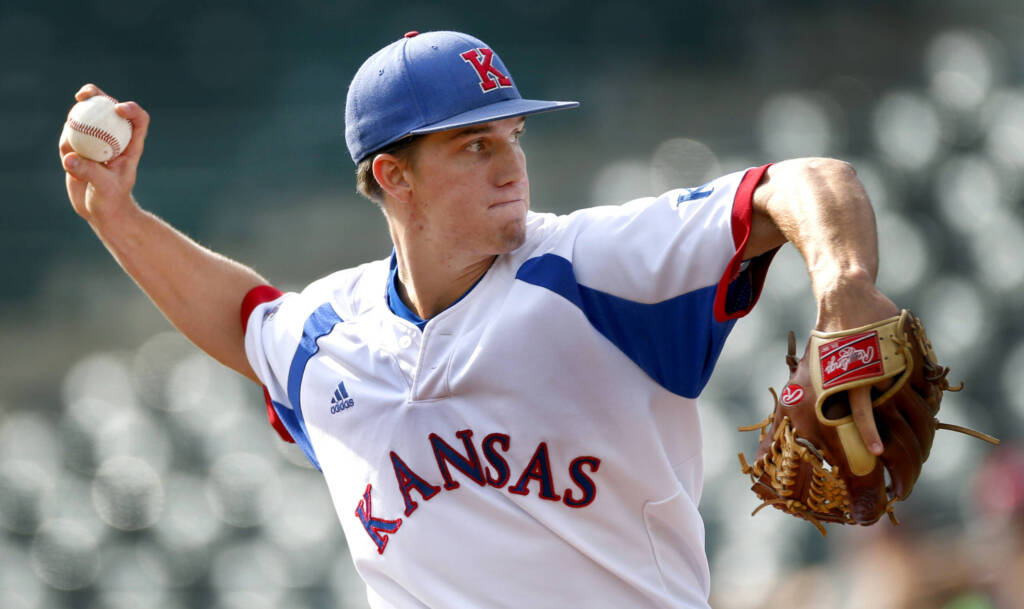 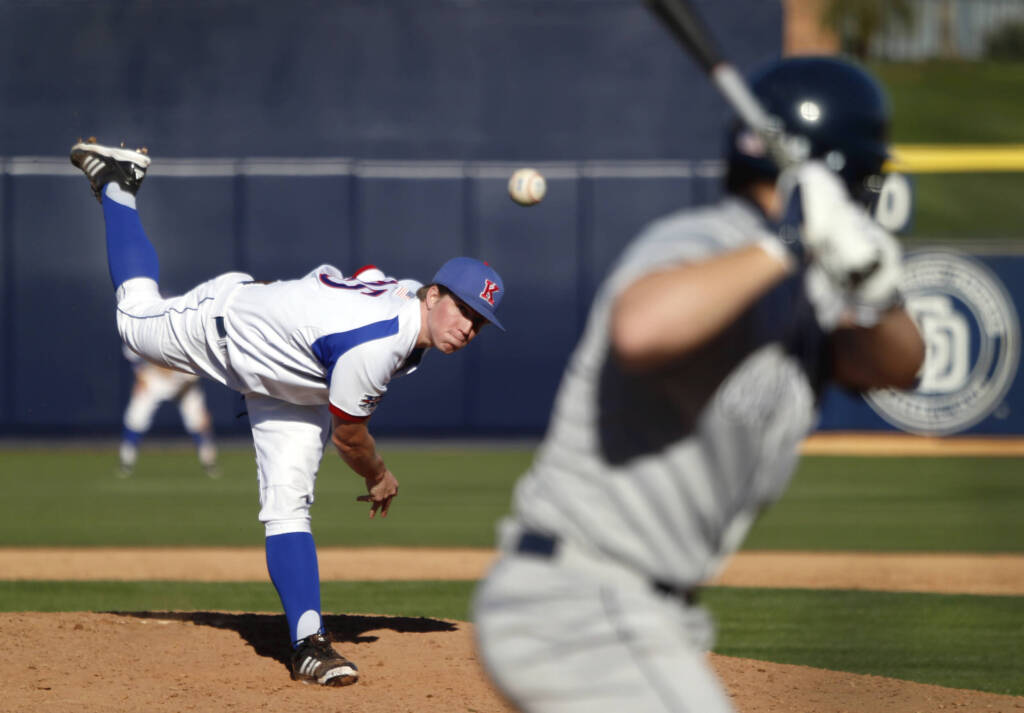 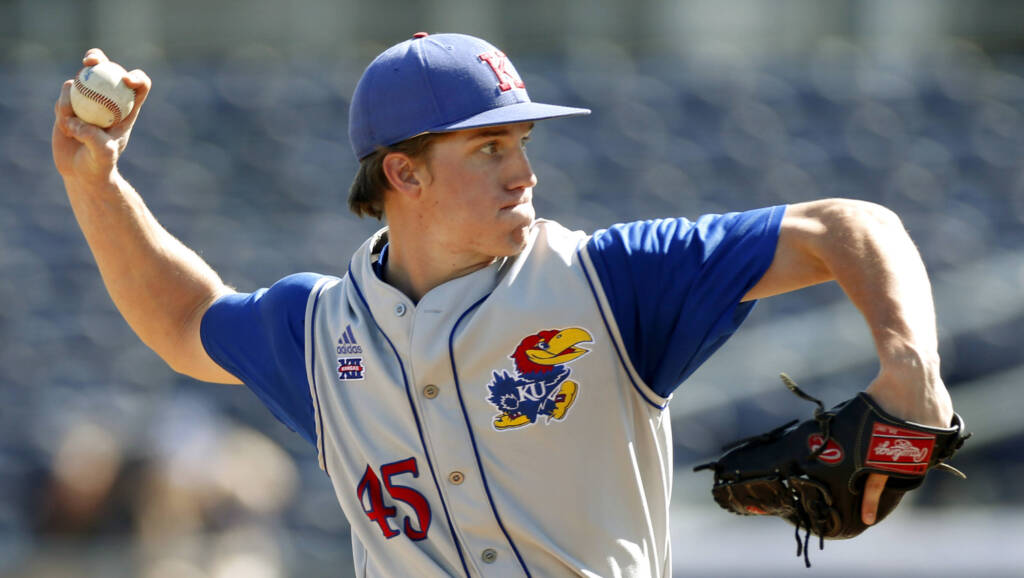