Lance Leipold, a six-time National Champion, a five-time conference coach of the year and the fastest coach in NCAA history to reach 100 career wins, was been named the 41st head coach in Kansas Football history on April 30, 2021. Leipold's track record as a program builder showed itself early in his time in Lawrence, leading the Jayhawks to its first-ever program win in Austin, Texas in 2021, followed by Kansas' first-ever win over West Virginia in Morgantown in 2022. In just his second year at the helm, Leipold engineered Kansas to its first 5-0 start of the season since 2009, guiding Kansas to its first national rankings in 675 weeks. Soon after, Kansas Football hosted ESPN's College GameDay for the first time in program history on October 8, 2022. 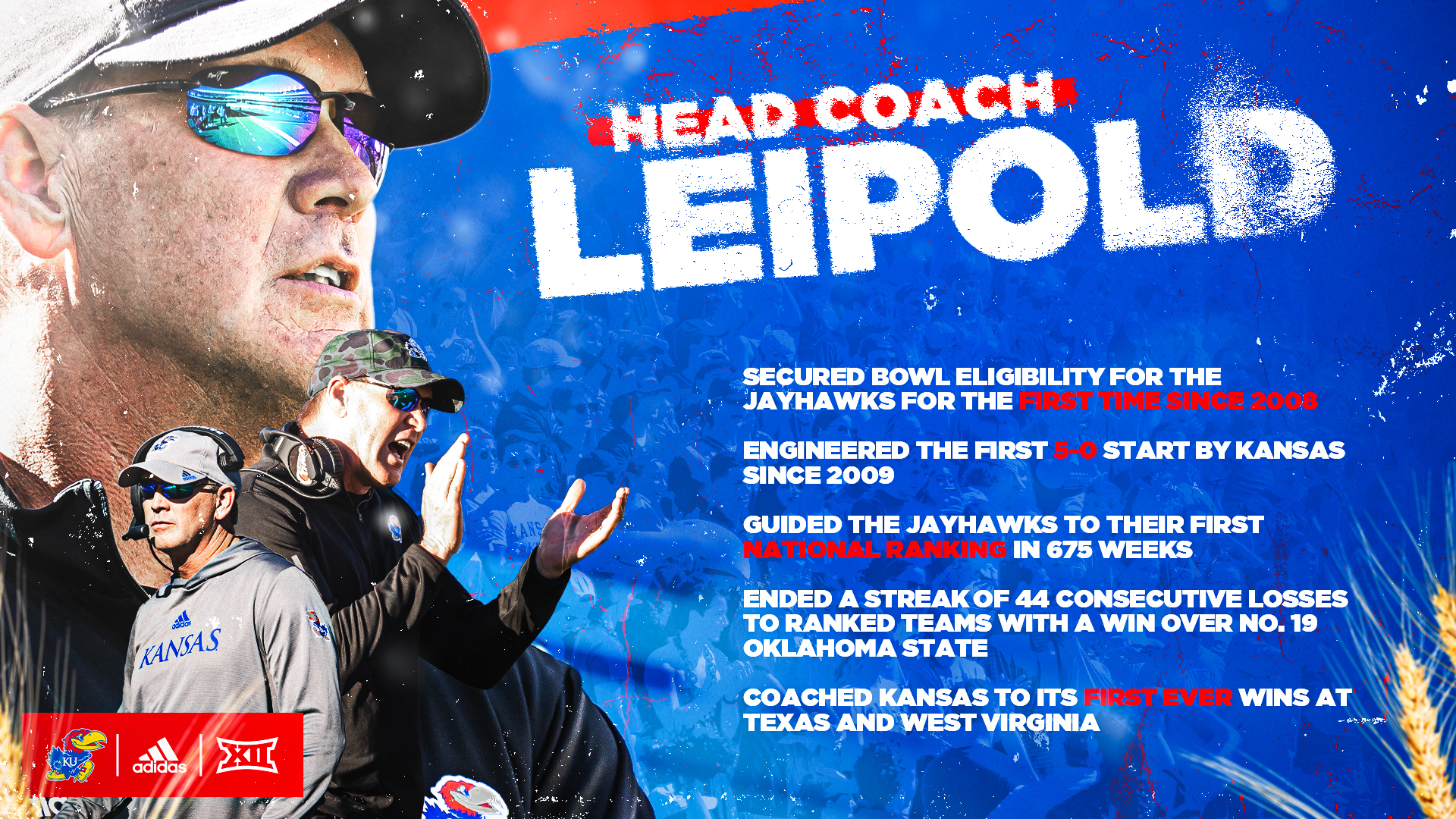 Kansas is going bowling. There should be no other National Coach of the Year candidates.

In 7 seasons before Lance Leipold arrived at Kansas, Jayhawks were 9-60. KU now 6-3 & headed to 1st bowl game since 2008. Incredible job by Leipold

Lance Leipold, in his second year, leads Kansas to its first bowl game since 2008. Cool story.

Kansas Jayhawks are bowl eligible for the first time since 2008👏

Kansas had a great season at five wins. Breaking through the ceiling to get to a bowl game makes it special. What a turnaround by Lance Leipold, the coaching staff, and the kids in the program that were sick of losing.

Lance Leipold is a damn wizard. I expected solid progress in Year 2 for Kansas. But going from 2 wins to 6? That's pretty incredible.

The Blueprint: Competition Within