LAWRENCE, Kan. – Kansas women’s tennis looks to bounce back to its winning ways as it hits the road for a pair in North Carolina this weekend.

Kansas is coming off of a weekend in which it dropped a pair of top-25 matches to No.20 Tennessee and No. 21 Cal in the ITA Kick-Off Weekend tourney.

The two losses bumped KU out of the ITA/Oracle top-25 rankings to receiving votes. Before that, the Jayhawks spent two weeks at No. 19.

Senior Maria Toran Ribes and freshman Vasiliki Karvouni enters this weekend’s contest undefeated in singles action.  Karvouni boasts a 3-0 record at the No. 5 singles position, while Toran Ribes sits at 4-0 in the sixth position.

In doubles, sophomore and freshman duo – Malkia Ngounoue and Luniuska Delgado – are 2-2 at the No. 1 position and 1-2 versus nationally-ranked opponents.

Wake Forest is 3-1 so far this season with its latest win over San Diego in the consolation match for the ITA Kick-Off Weekend on Jan. 26. The Deacons swept San Diego, 4-0.

According to the latest ITA/Oracle team rankings, Wake Forest dropped from the top-25 and are now receiving votes in week three. 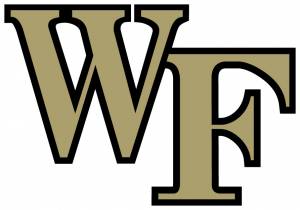 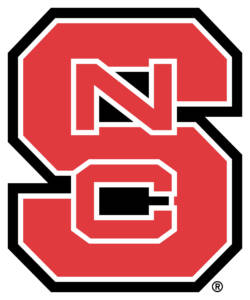 The eighth-ranked NC State enters the contest undefeated with an 8-0 ledger and will be taking seventh-ranked Texas ahead of Sunday’s match.

NC State enters the match with three ranked singles and two doubles, which include No. 1 doubles pair, Alana Smith and Anna Rogers

KU trails the all-time series against Wake Forest 0-2 with its last meeting in 2007.

Versus the Wolfpack, the Jayhawks have a 3-0 edge with the last meeting in 2018.

Three KU players are featured in the top-100 of the latest Oracle/ITA individual rankings (No. 13): KU sophomore Sonia Smagina (No. 63), fellow second-year player Malkia Ngounoue (No. 93) for singles, and Smagina and freshman Carmen Roxana Manu (No. 42) for doubles.