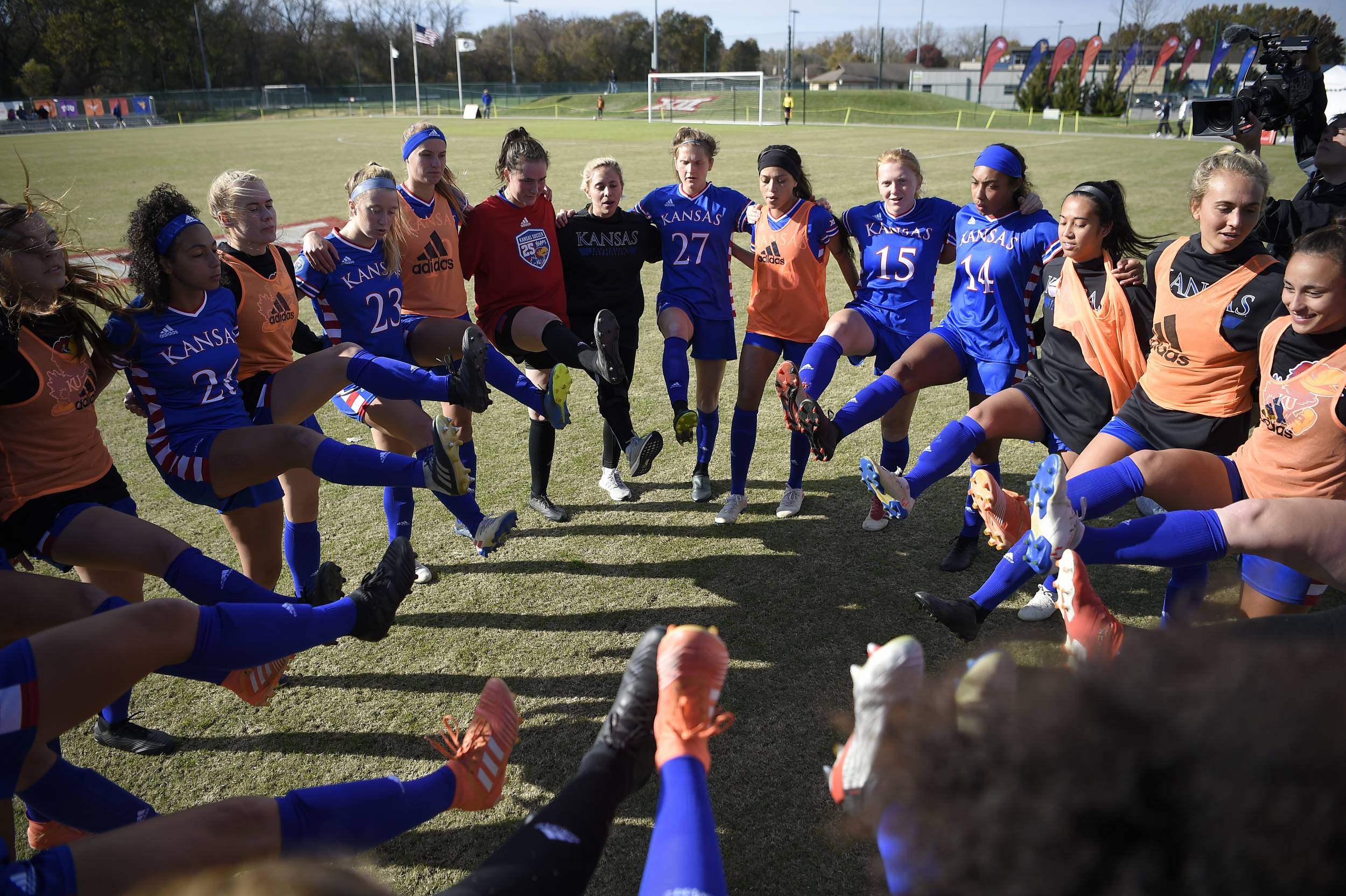 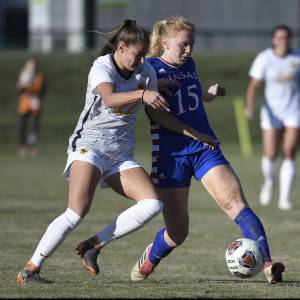 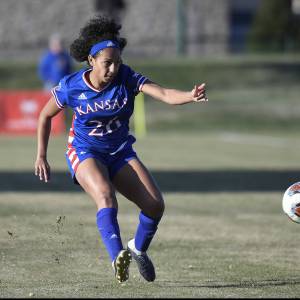 Kansas soccer senior Addisyn Merrick was named the Big 12 Defensive Player of the Year and was one of three Jayhawks to be named to the All-Big 12 teams when the league office announced its postseason awards Tuesday.

In addition to Merrick’s Player of the Year honor, she was named to the All-Big 12 First Team and was joined there by senior forward Katie McClure, who was a unanimous selection. Junior midfielder Ceri Holland was tabbed to the All-Big 12 Second Team.

The announcement means Kansas has had at least one Jayhawk on the All-Big 12 teams each year since the current format began in 2000. The three Jayhawks selected also marked the seventh time in the last eight seasons that three or more KU representatives were selected to the all-conference squads. 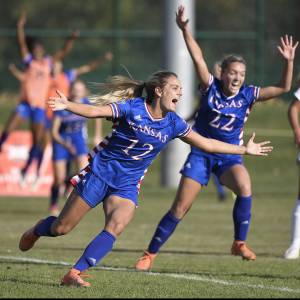 At the Big 12 Championship, now in its 24th year, Kansas has amassed a record of 6-13-5 in its 19 appearances. This season marks the second time Kansas is a No. 5 seed in the event. The previous year KU was seeded fifth was in 2005. Kansas is 5-10-4 all-time in Big 12 quarterfinal games after its win over West Virginia on Nov. 3.

Set to compete in the league tournament semifinals for the first time since 2015 and the fifth time overall, Kansas is 1-2-1 all-time in the semifinal round.

Kansas has history on its side as the No. 5 seed. A team seeded fifth or lower has advanced to the Big 12 Championship final in six of the last seven years. 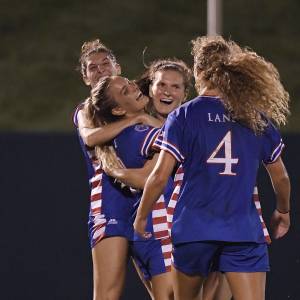 Friday’s contest will mark KU’s fifth against a team ranked in the top-25 this season when the Jayhawks meet No. 10 Oklahoma State. Kansas is 1-2-1 in those first four outings against ranked foes. The Aug. 29 win over No. 20 Memphis marked the fourth-consecutive season the Jayhawks have tallied at least one victory over a team ranked among the top-25 in the nation.

Kansas is 8-15-3 against ranked foes since 2016, with seven of those losses coming against teams inside the top-10. Prior to this recent run, the Jayhawks managed just six victories over top-25 teams from 2010-15.

If the Jayhawks are able to get past their semifinal match-up, they will advance to the second Big 12 Championship final in five years and will take on the winner of the No. 2 seed Texas Tech-No. 6 seed TCU game for the tournament title slated for Sunday, Nov. 10 at 12:30 p.m. The match will be televised on FS1.