LAHAINA, Hawaii – Double-figure scoring effort from five Jayhawks pushed No. 4/5 Kansas to a 93-63 victory over the Chaminade Silverswords at the Maui Jim Maui Invitational Monday inside the Lahaina Civic Center. Sophomore Devon Dotson led all scorers with 19 points and was followed closely by senior center Udoka Azubuike, who added 15 points, all in the second half.

It was another impressive night on the offensive end for Kansas, which hit more than 50 percent of its field goal attempts for the third-straight game. But while the Jayhawk shots continued to fall, it was the defense that helped the Crimson and Blue gain separation from the Silverswords. KU forced 27 turnovers on the night, their most in a game in nearly 10 years, and transformed those 27 giveaways into 36 points. Seven different Jayhawks collected at least one steal, with junior Marcus Garrett leading the way with four thefts on the night.

Dotson keyed the offensive effort for the Jayhawks in the first half. The sophomore, who entered the night averaging over 18 points per game on the season, netted 14 of his 19 points in the opening frame. Fellow sophomore Ochai Agbaji added eight points over the final five minutes of the first half, including back-to-back triples, to help the Jayhawks build a 20-point advantage, 47-27, by the intermission.

After being held scoreless in the opening 20 minutes, Azubuike came out of the halftime locker room on a mission. The 7-0 big man tallied seven field goals in the second stanza, good for 15 points. The center also pulled down seven rebounds, marking his fifth game in as many outings this season that he has pulled down seven or more boards.

The Jayhawks closed the game with a 55.1 (38-69) percent clip from the field, which included a 12-of-29 mark from beyond the 3-point arc. Joining Dotson and Azubuike in double figures was Isaiah Moss, who connected on 3-of-4 triples en route to a 13-point night. Agbaji and David McCormack rounded out KU’s double-figure scorers with 11 and 10 points, respectively.

UP NEXT
The Jayhawks will meet the winner of the UCLA-BYU game in the tournament semifinals on Tuesday, Nov. 26 inside the Lahaina Civic Center. Tip-off is slated for 9:30 p.m. (CT) on ESPN.

Garrett ⏩Udoka for the SLAM 💥 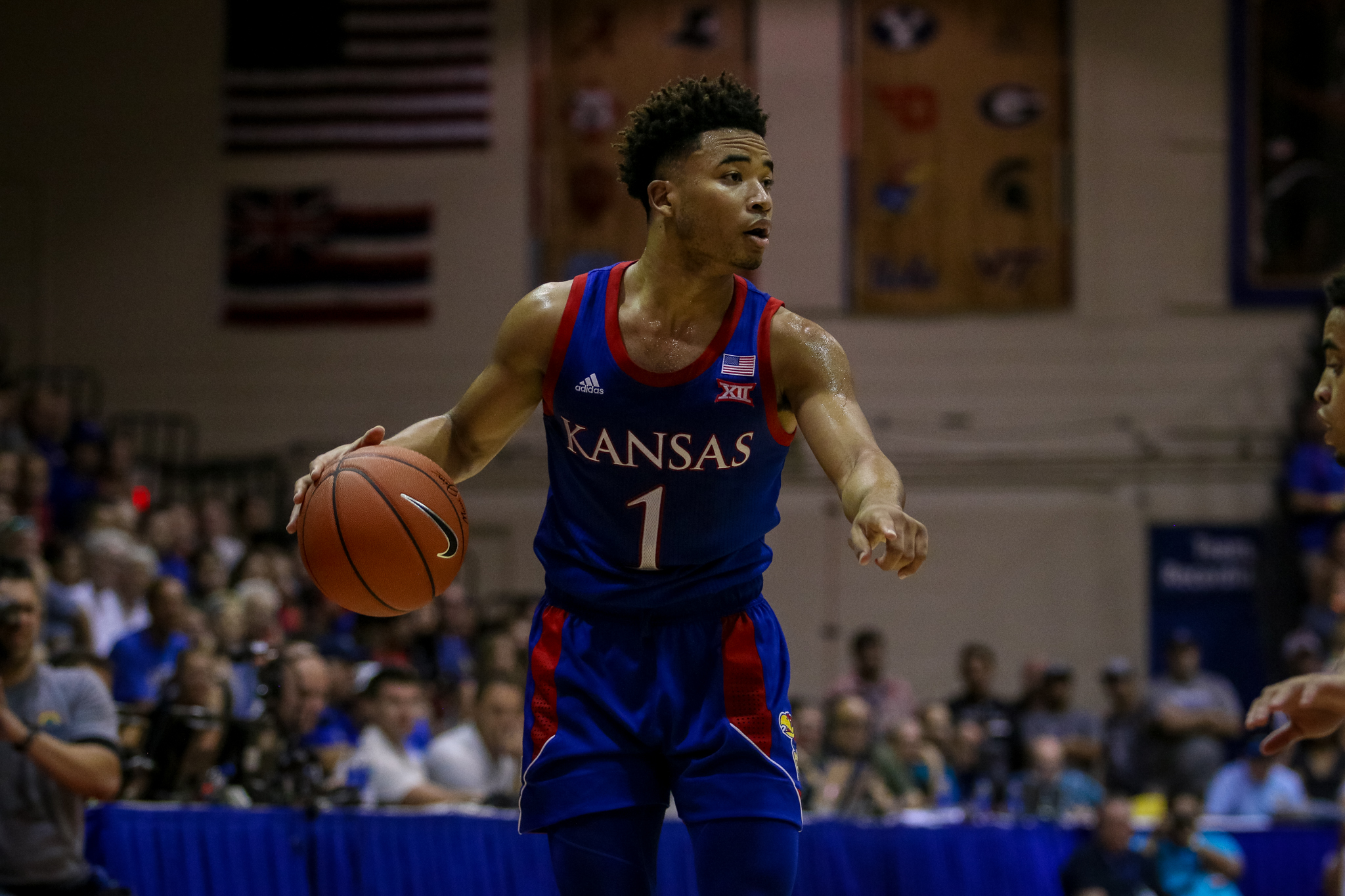 Devon Dotson leading all scorers with 14 points in the first half.

These five will get us started in our first @MauiInv game vs. Chaminade 👇 pic.twitter.com/SyAPLFUjV3