🏀 Showing Up On the Big Stage

LAWRENCE, Kan. – When the Oklahoma State Cowboys came to Lawrence on Monday night, the Kansas Jayhawks knew that it would be a dog fight.

There are few things more intimidating than playing in Allen Fieldhouse, especially on an ESPN Big Monday. Kansas proved just that, when they fought their way to a 78-66 victory over the Cowboys.

There, the Jayhawks found themselves on a familiar stage. It was the 45th time that ESPN Big Monday featured a showdown inside Allen Fieldhouse, and Kansas has come away with a victory in every occasion but one.

Now owning a 44-1 record inside Allen Fieldhouse during Big Monday games and a 36-game winning streak within that record, it is hard to ever count Kansas out during a high-profile contest.

That’s not to say that the victory came easy.

When the shots weren’t falling in the first half, KU’s David McCormack, Christian Braun, Marcus Garrett and Jalen Wilson stepped up and helped propel their team to a hard-fought victory over the Cowboys.

Braun nailed three triples on his way to scoring 15 points in addition to grabbing 10 rebounds. He also tallied two assists and brought effort and energy to the Kansas team.

“He (Braun) blows me away because he can really shoot the ball if he has space,” Self said post game. “It’s three, two, one and he tries to shot fake at the end of a shot clock and he ends up throwing one up there that went in and that was a big shot. I think that put us up 13. CB played well.”

McCormack struggled to start the game, missing his first four field goal attempts and finding one of his shots blocked. In the second half, McCormack found his groove, finishing with a team-leading 23 points and 10 rebounds while also blocking a pair of shots.

While Kansas’ offense was struggling to get anything going in the first half, there was one guy who stepped up.

“Marcus was great the first half,” Self said of his senior guard. “If Marcus wasn’t playing on both ends, I mean, he had to guard everybody, and the best player, and rebound the ball, and score the ball. It was almost like he needed to pass it to himself and then go score.”

Garrett finished the night with 17 points and four assists, but most of his work isn’t shown on the stats. Garrett was charged with the task of guarding Oklahoma State guard Cade Cunningham, who Self showed high praise for.

“That dude is good, I mean he’s really good,” Self said. “I was actually more impressed with him tonight than I was at Stillwater. He did some very subtle things that I think as a coach you look at and say ‘wow he made that play so easy.’ That’s how you can judge a great one, if he makes hard plays look easy. He makes the hard plays look easy and he’s a good leader. I was very impressed with him.” 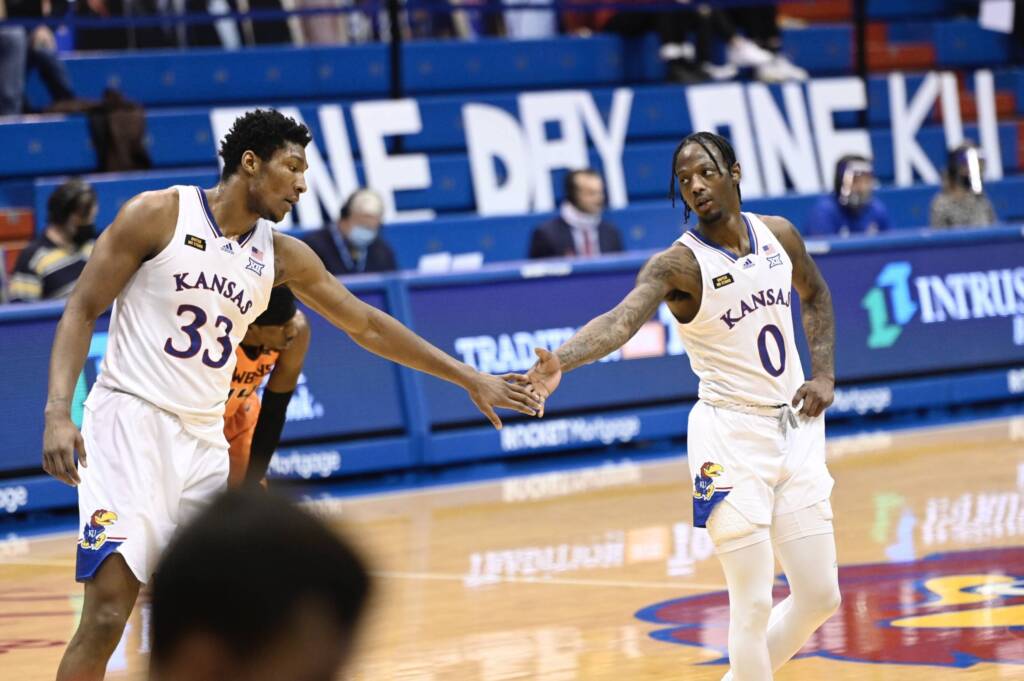 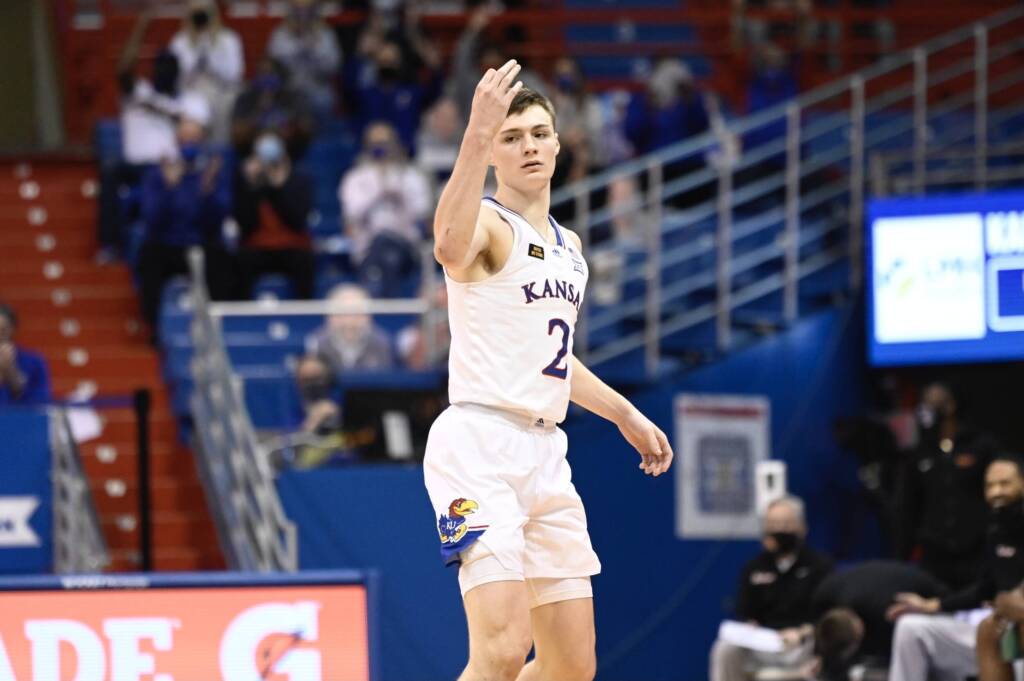 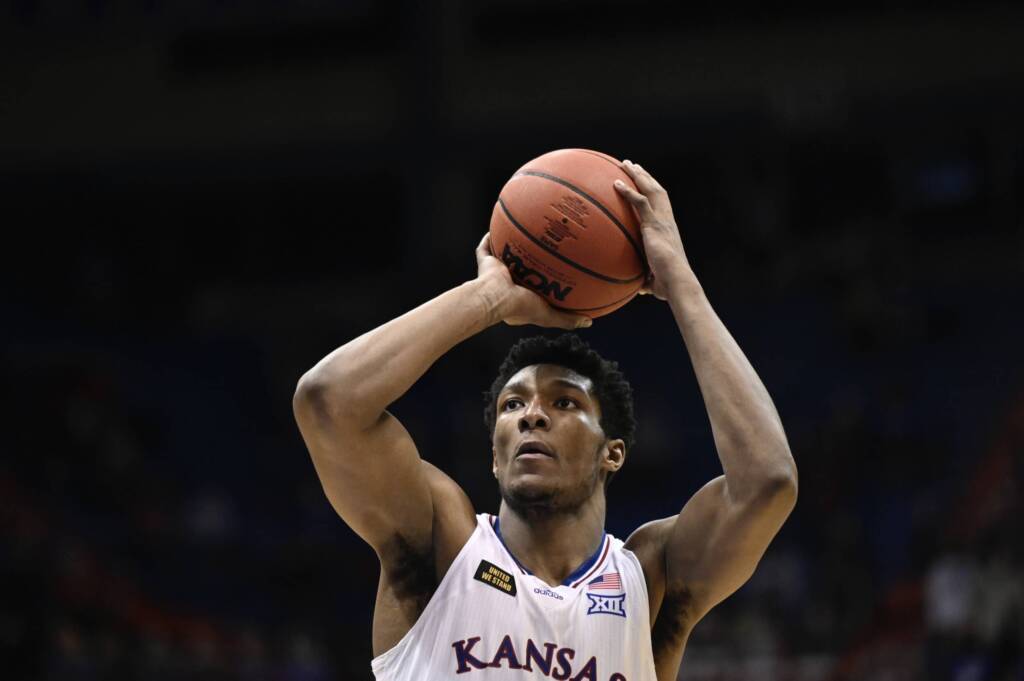 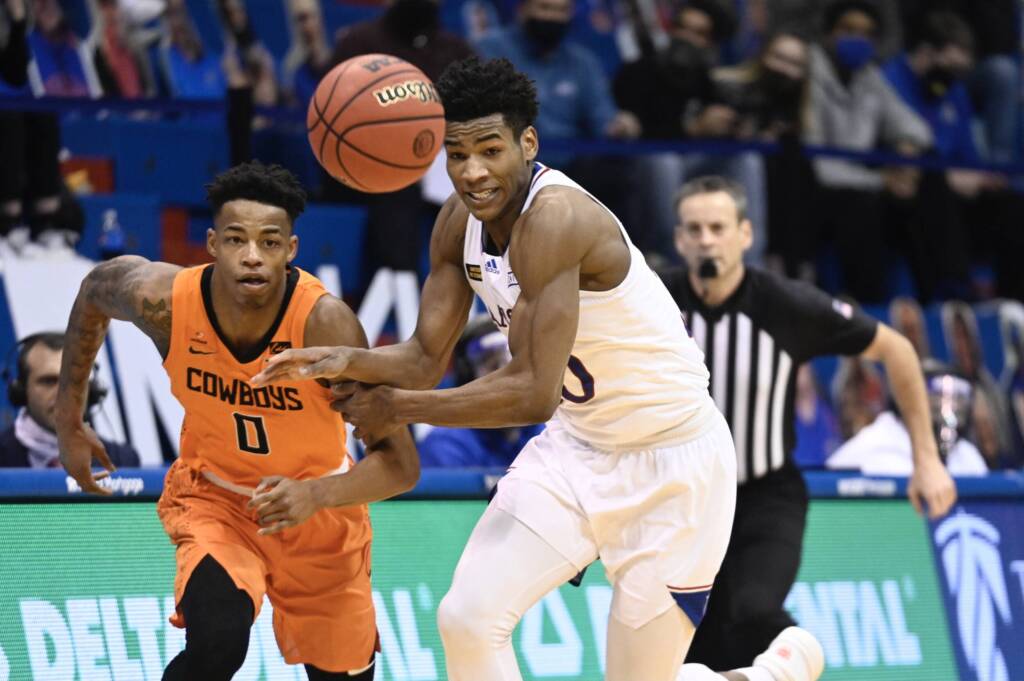 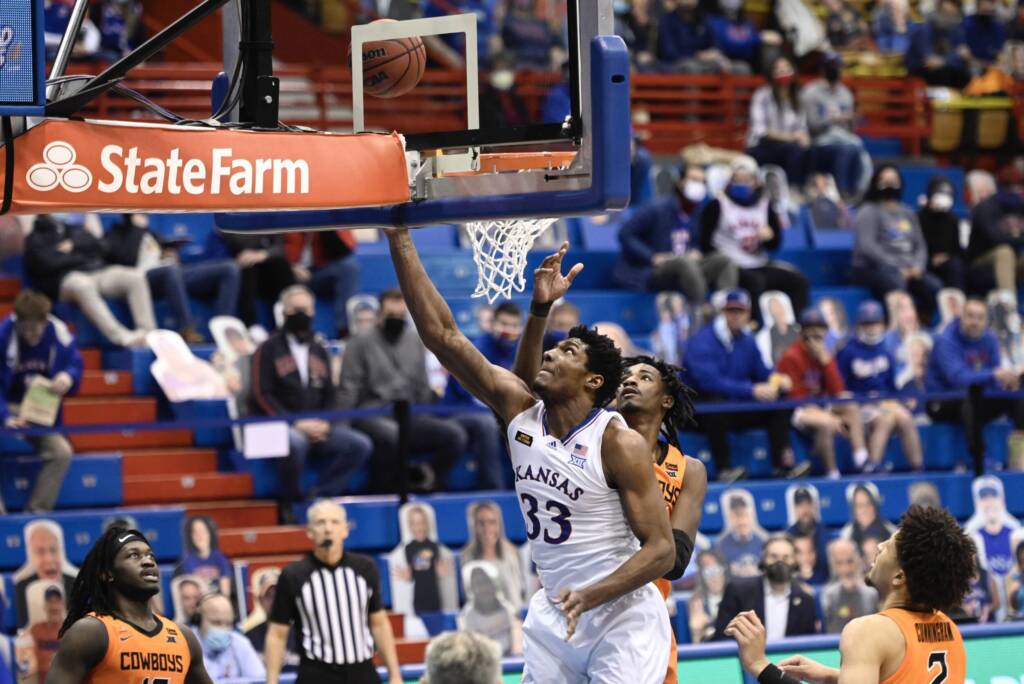 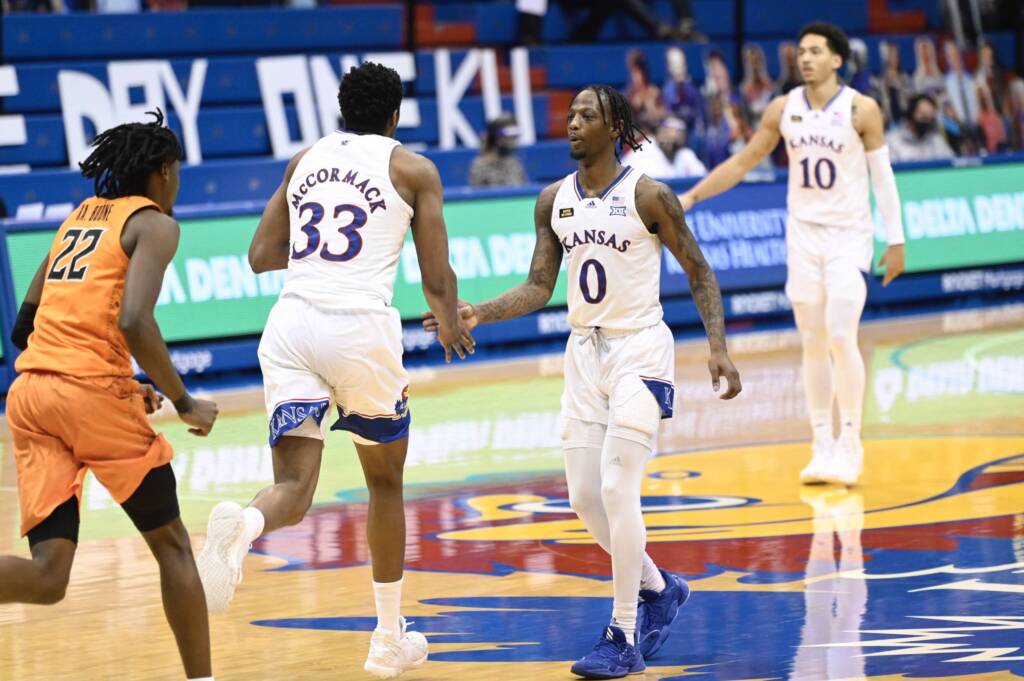 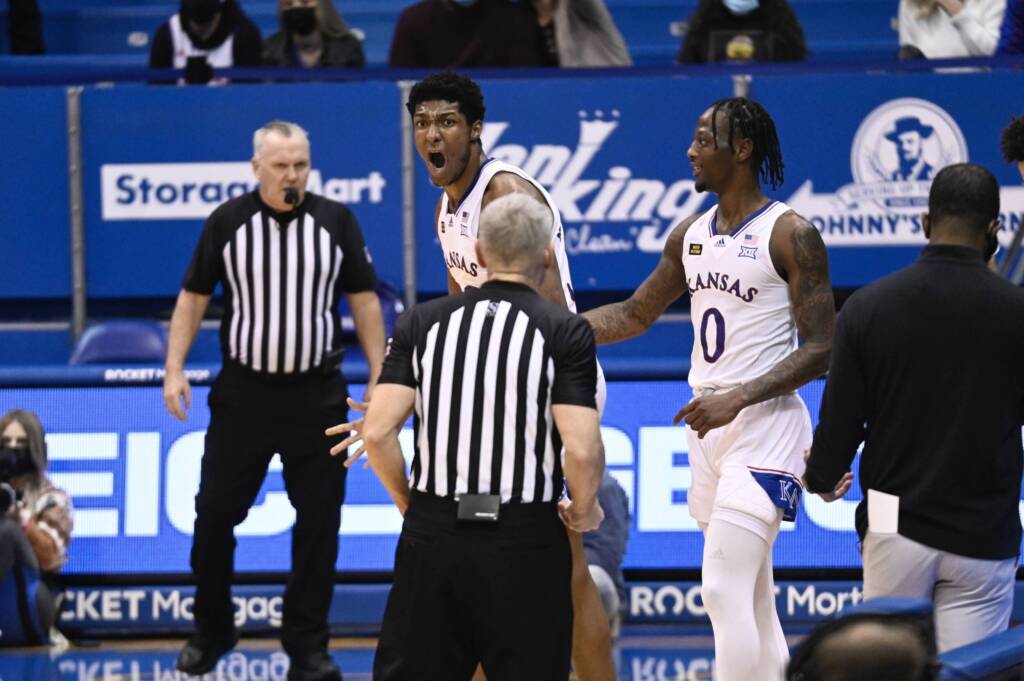 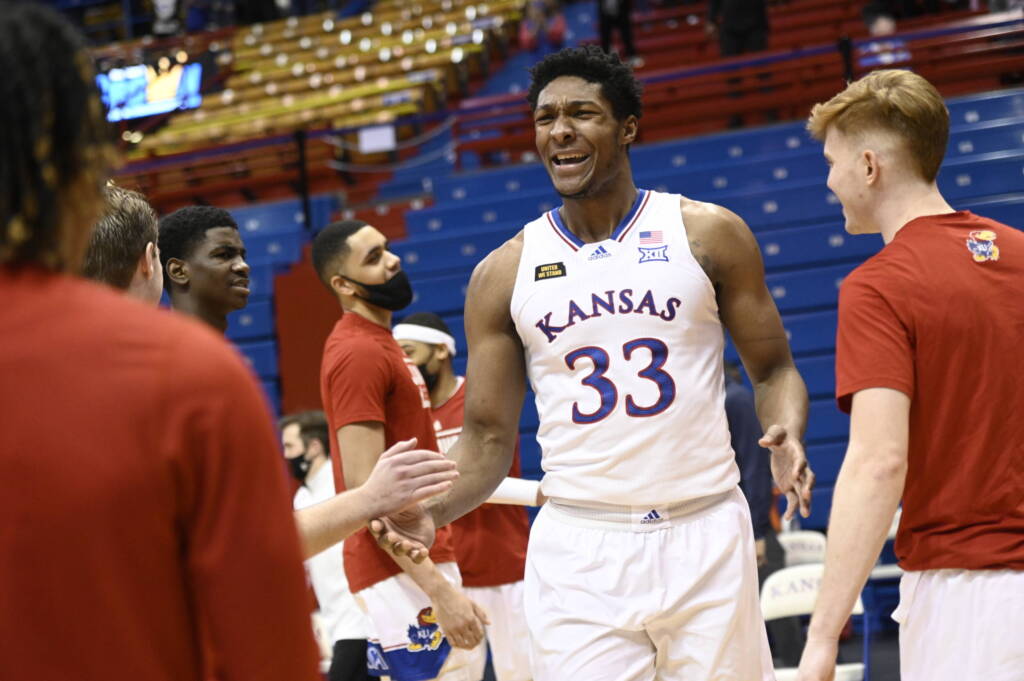 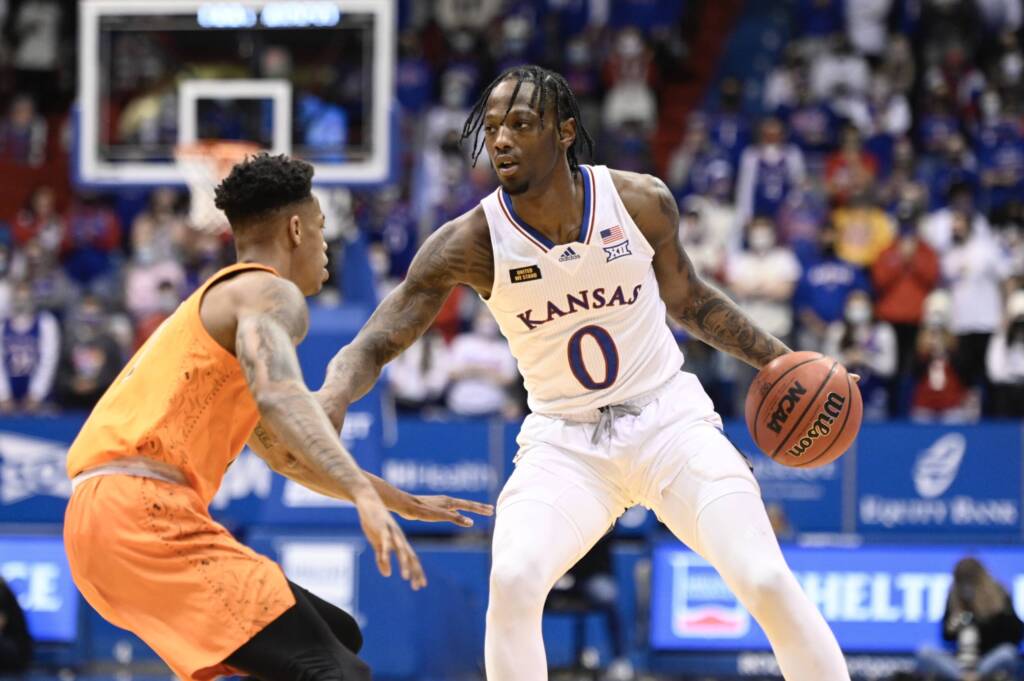 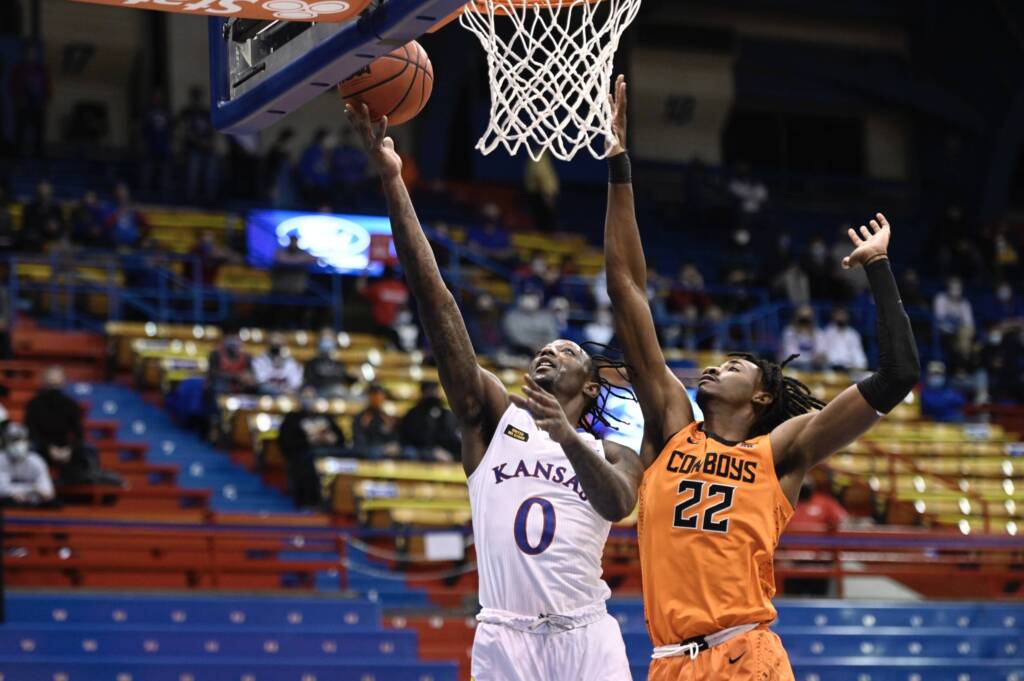 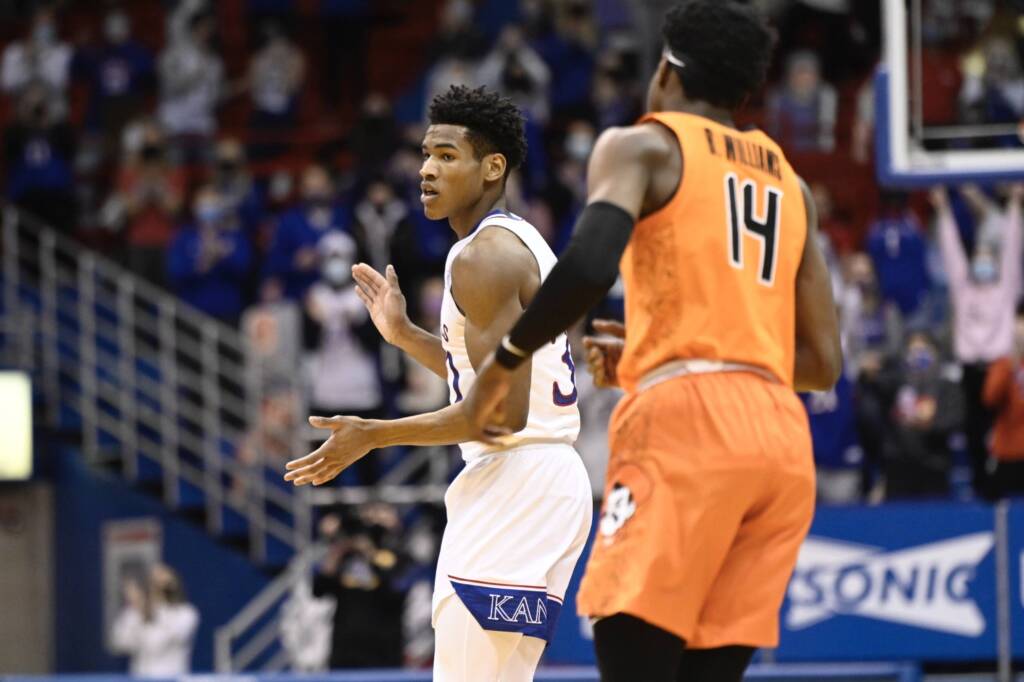 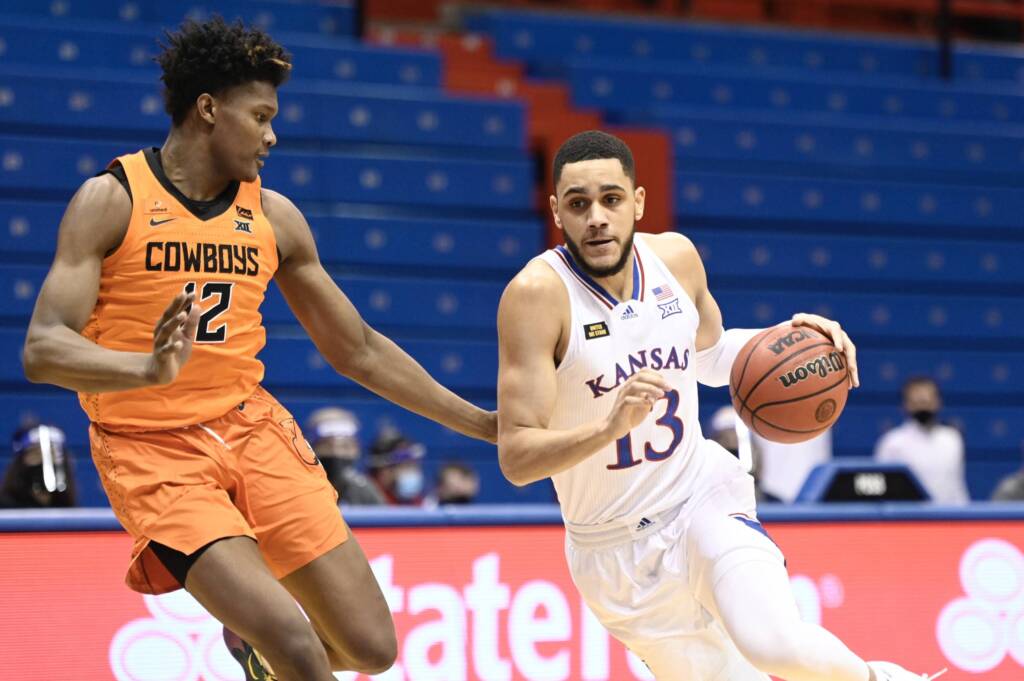 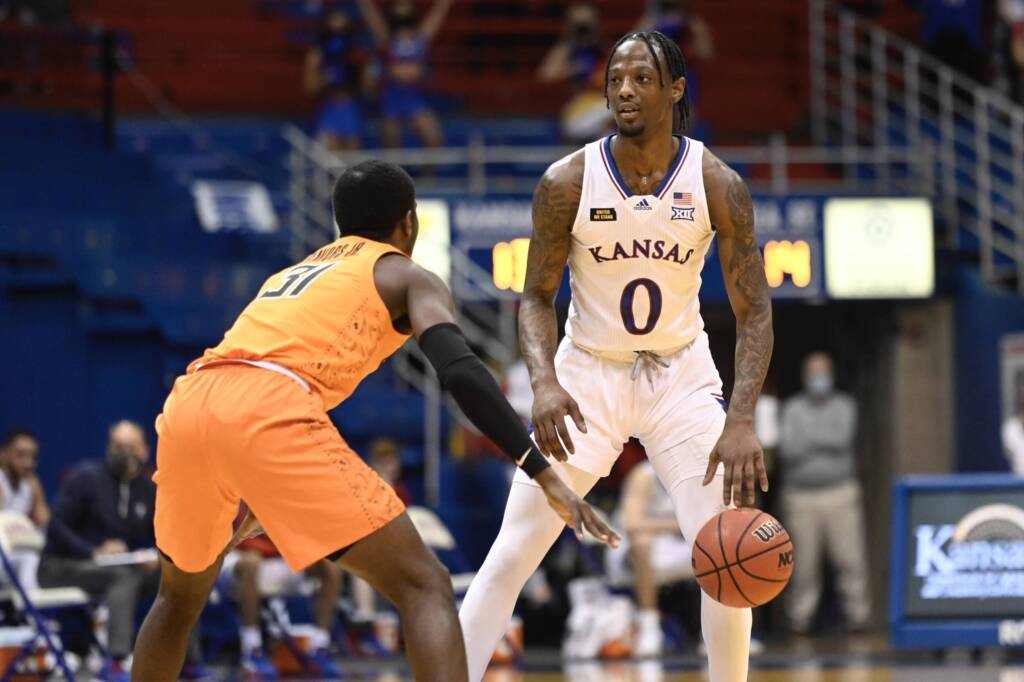 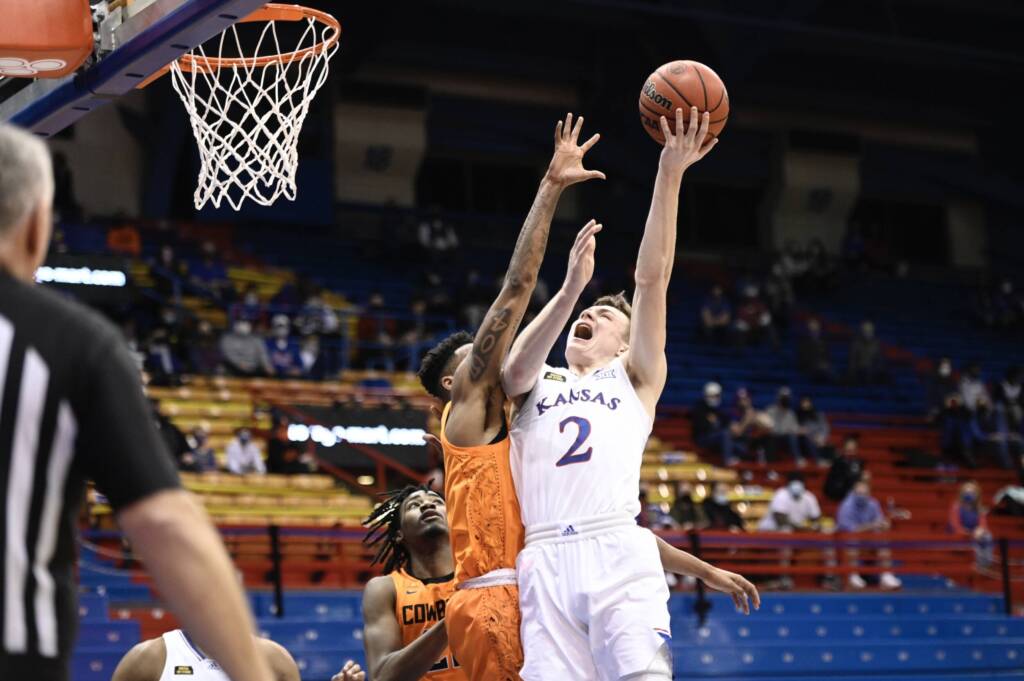 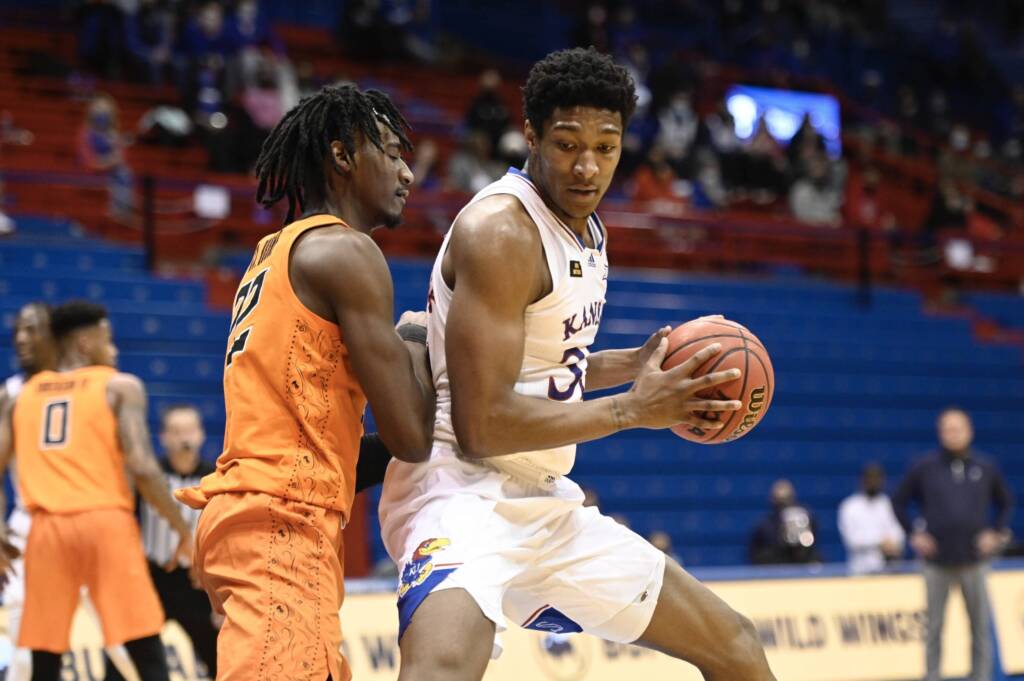 Wilson also gave the Jayhawks some help in the second half, scoring a majority of his 11 points and 11 rebounds in the final period.

Overall, the team effort impressed Self and gave him confidence going into the weekend games.

“I thought our starters played well, I though Mitch (Lightfoot) gave us some good minutes, Tristan (Enaruna) came in and gave us a few good minutes,” Self said. “We had to ride Marcus the whole game and its not fair to Marc, but I don’t know what else we can do, and the other guys stepped up. I mean David and Jalen and Christian all rebounded the ball well. If you take away turnovers, that’s a pretty good performance tonight.”

The Jayhawks have an odd week coming up, playing Iowa State at home on Thursday and then turning around and playing the same team two days later in Ames, Iowa, on Saturday.

“It’s a unique thing, I don’t think I’ve ever done this where we play Thursday then turn around and play Saturday the same team,” said Self. “These are the biggest two games of the year as far as I’m concerned.”

Self believes the next schedule of games will prove pivotal in the Jayhawks positioning in the Big 12 conference.

“That 48 hours will probably determine how high we finish in the league for the most part and we can put ourselves—although fans won’t think its favorable—but we’ve got a chance, if we play well, to put yourself in a situation to remain within striking distance of second place, and I think second place would be a great goal for this team, so we still have a lot to play for,” Self said.

The win over No. 23 Oklahoma State gives Kansas some momentum heading into the final slate of the Big 12 schedule, where the race for a high finish in the conference is far from over.

“The guys are excited, they deserve to be excited,” Self said. “(This) sets up two huge games back-to-back Thursday and Saturday.”