LAWRENCE, Kan. – The Kansas men’s and women’s cross country teams begin the postseason portion of their 2019 season on Saturday, November 2, as they compete in the Big 12 Cross Country Championship in Waco, Texas. The annual meet, now in its 24th season, is being hosted by Baylor this year at the Cottonwood Creek Golf Club.

The men’s 8K will get things started on the course at 10 a.m. (CT), followed by the women’s 6K at 11 a.m. (CT). The races will be streamed on Big 12 Now on ESPN+ while live results from Delta Timing can be followed here. For more information, visit Big 12 Cross Country Championship Central.

For the second-straight meet, the Jayhawks will race against some of the top competition in the NCAA. For the men, three teams are ranked in the top-30 of the USTFCCCA coaches’ poll: Iowa State at No. 5, followed by Oklahoma State and Texas, which are ranked No. 27 and No. 30, respectively. Oklahoma State is lone women’s team from the conference to earn a national ranking, checking in at No. 29.

"Competing against top-caliber teams from across the nation (at the Pre-National Invitational) let our runners and teams know how good we can be when we put it all together on the same day."

At the Pre-National Invitational on October 19, freshman Chandler Gibbens donned the Crimson and Blue for the first time this year and led the men’s team to a top-20 finish in what was slated to be the fastest race of the day. Running well as a pack, the Jayhawks came away with a 19th-place finish out of 38 teams in their division. Gibbens crossed the finish line in 21:14.2, which made him 33rd individually. Not too far behind was junior teammate Ben Butler, who was 41st with his time of 24:21.8.

For the third time this season, sophomore Ally Ryan led the Jayhawk women’s contingency of runners, ultimately crossing the finish line with a time of 21:44.3, good for a 129th-place finish out of 252 total runners in the field. The Kansas women placed 36th overall as a team in the Blue Race.

Congratulations to the 1️⃣7⃣ Jayhawk student-athletes who were named to the Academic All-Big 12 Cross Country teams today! #RockChalk | #KUxc

Earlier this week, the league office announced 155 cross country student-athletes as members of the Academic All-Big 12 Teams. Of those recognized for their work not only on the cross country courses, but in the classrooms as well, Kansas led the way on the men’s side with 10 recipients while the Jayhawk women garnered seven honorees, all of which were on the First Team. 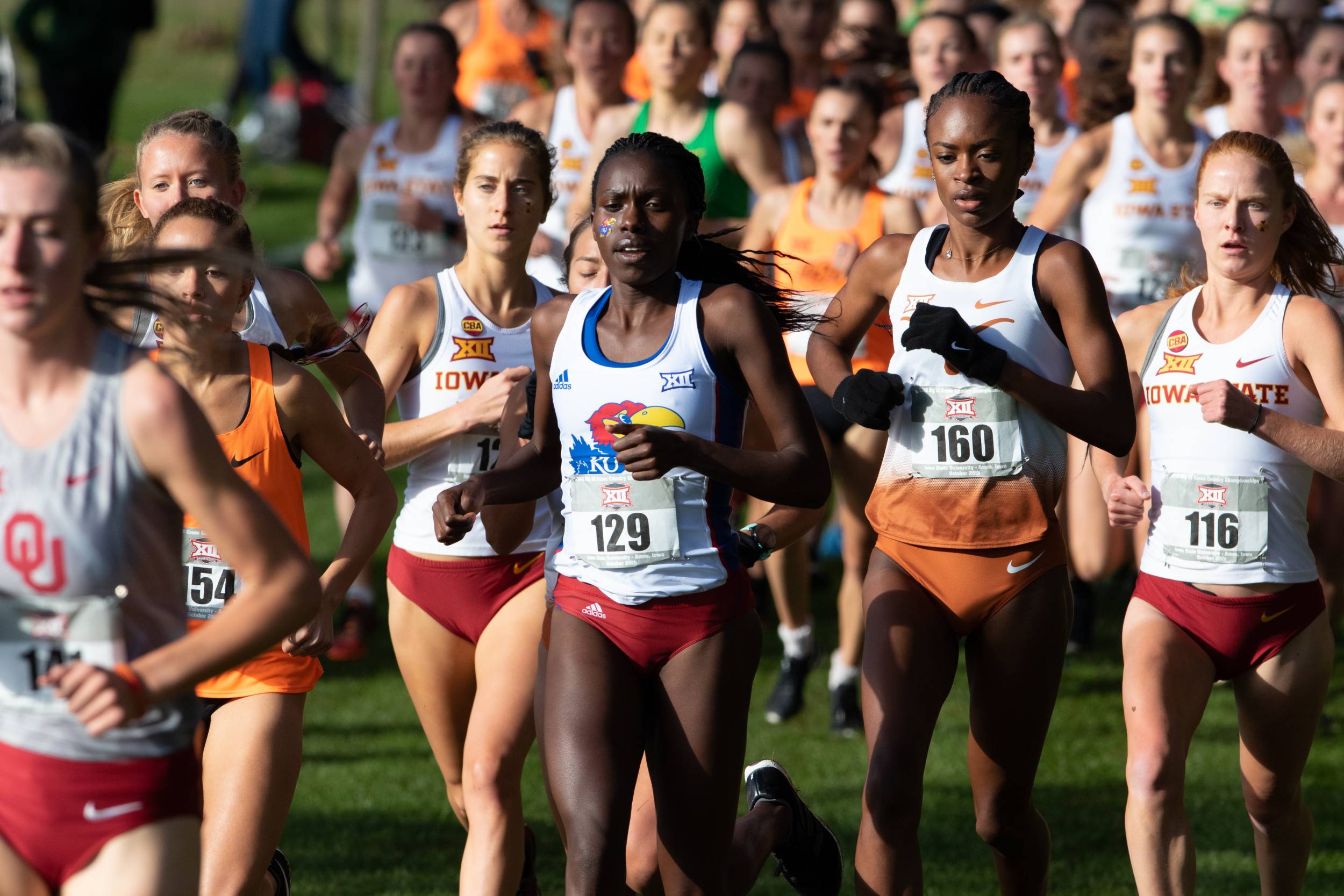 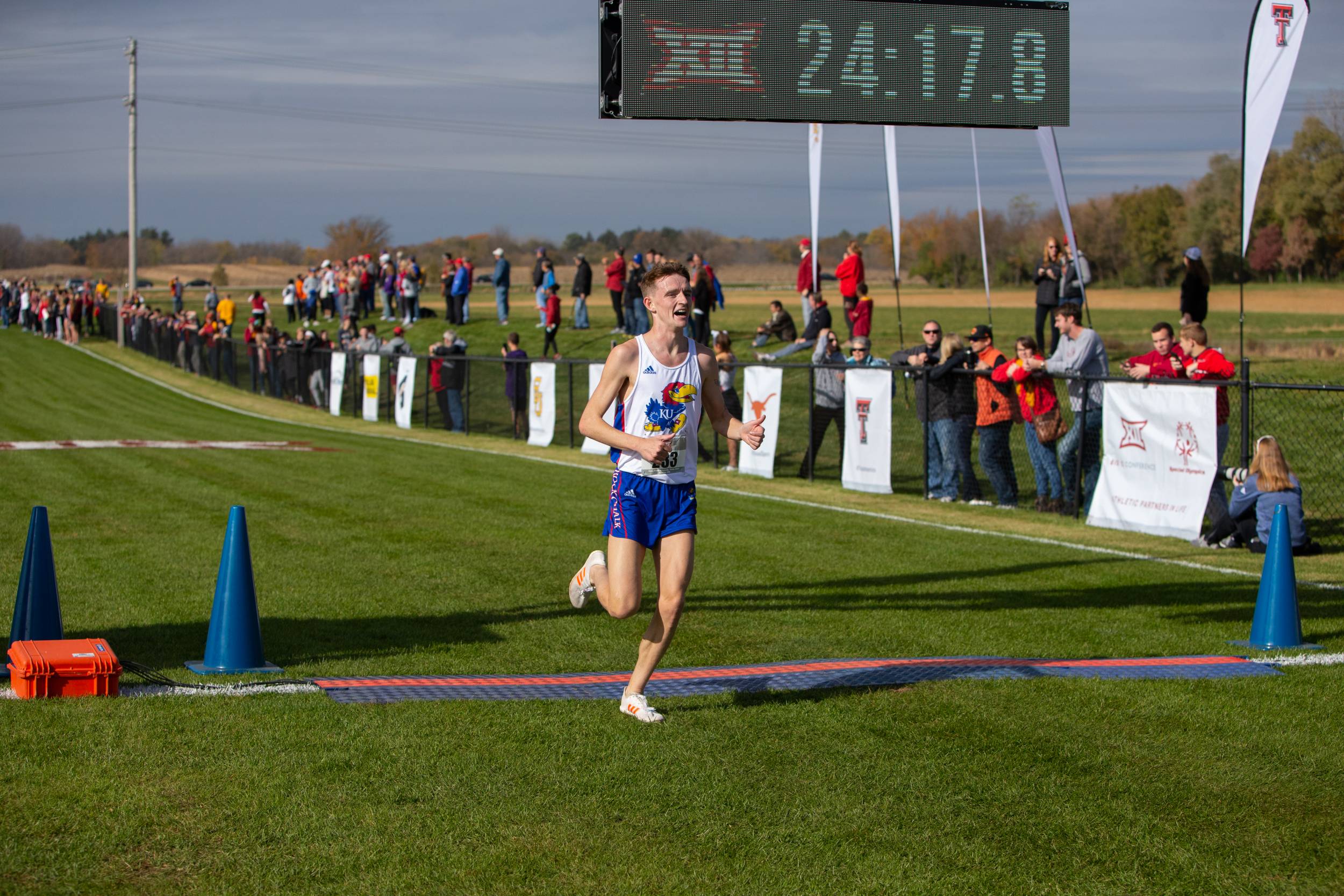