RCW: From the office of ... Jamie Bermel

Now in his fifth season as Kansas men’s golf head coach, Jamie Bermel has helped transition the Jayhawks into a team to be reckoned with. After four team titles and placing in the top five in nine out of 12 tournaments competed in during the 2015-16 season, Kansas returned to postseason play for the first time in nearly a decade. Although the team’s and players’ successes on the golf course are what Bermel strives for, it’s without a doubt his family that is the most important part of his life.

This photo was taken out in Colorado and this is probably the last picture taken where I somewhat had some hair, so that’s good [laughter]. The kids are probably 10, 9, 7 or 6 (years old) maybe, something like that. When you’re in a job like we’re in, with so much travel, it’s certainly a balancing act, but at the end of the day it’s still family first. 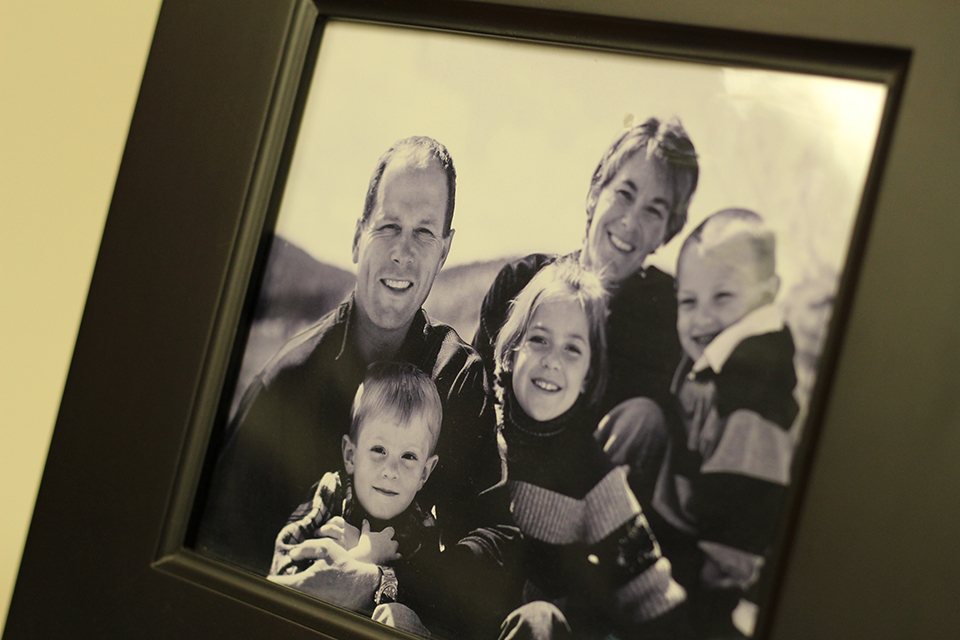 When you come home from an event, say we won, you’re feeling pretty good about yourself and you’re feeling pretty good about the progress of the team. When you walk in the door, three kids have things to do, my wife is obviously excited but there’s a “to do” list and “get busy,” so it’s short-lived, which is good. Obviously, it’s the kids and the wife that at the end of the day, should be the most important.