LAWRENCE, Kan. – The 2020 NFL Draft is scheduled for April 23-25. Kansas has 15 members of the 2019 roster that participated in KU’s Pro Day on March 5, each week the Jayhawks are highlighted in the Jayhawk Spotlight. 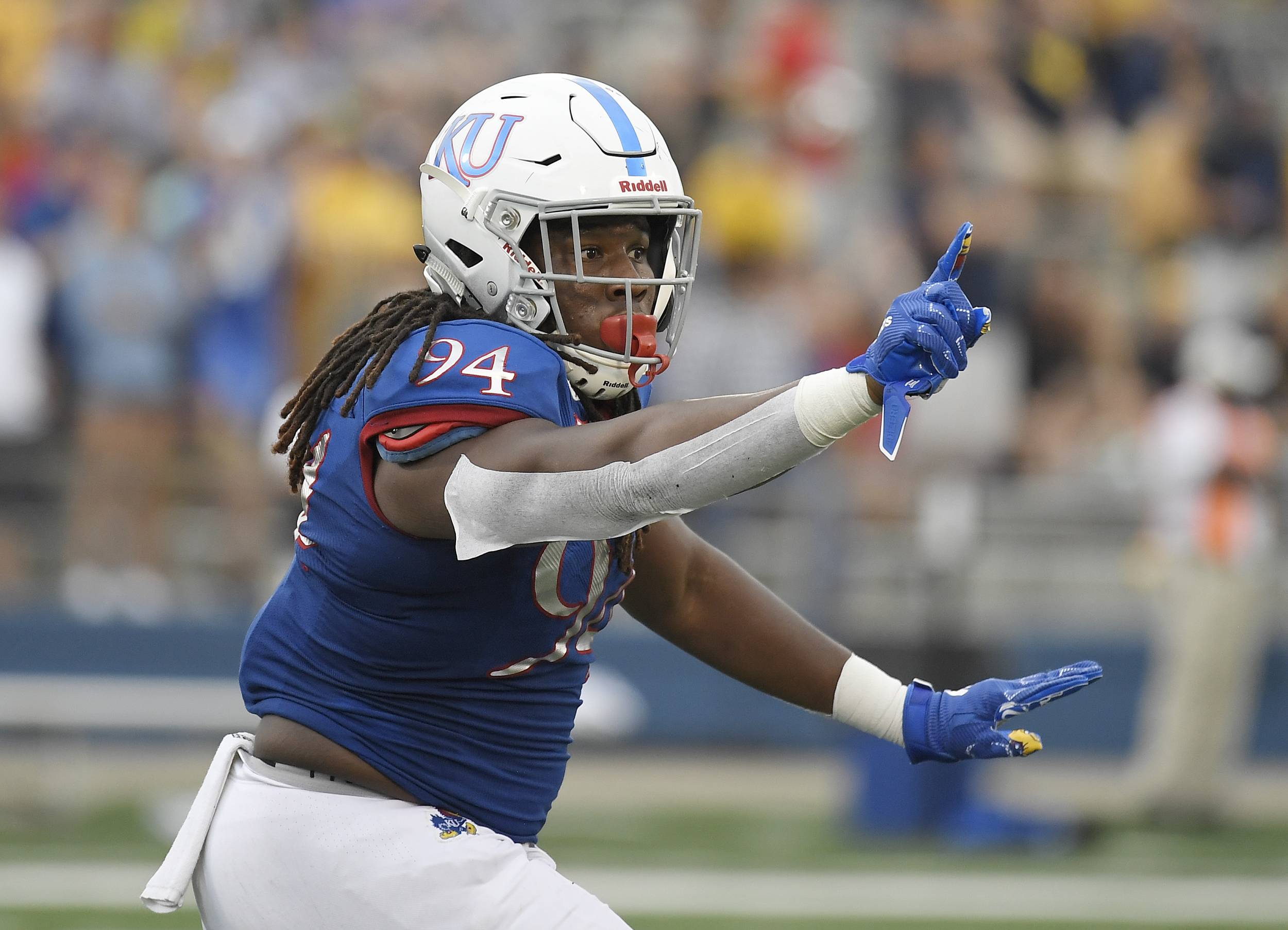 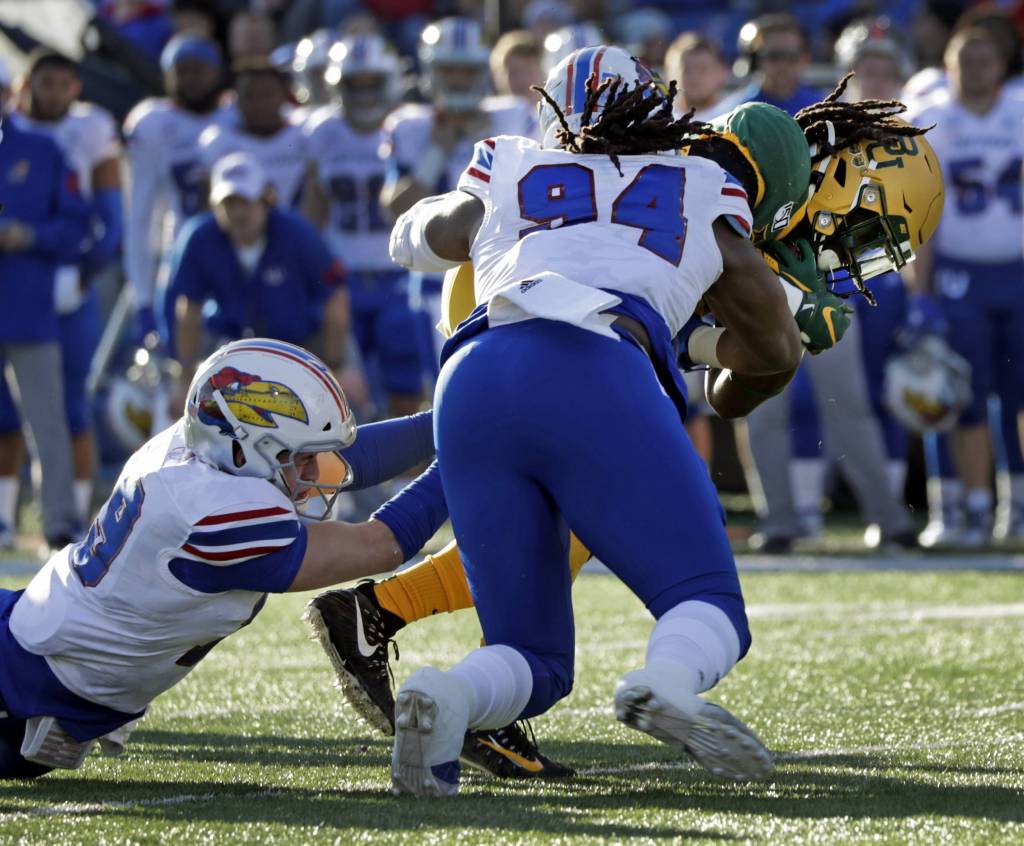 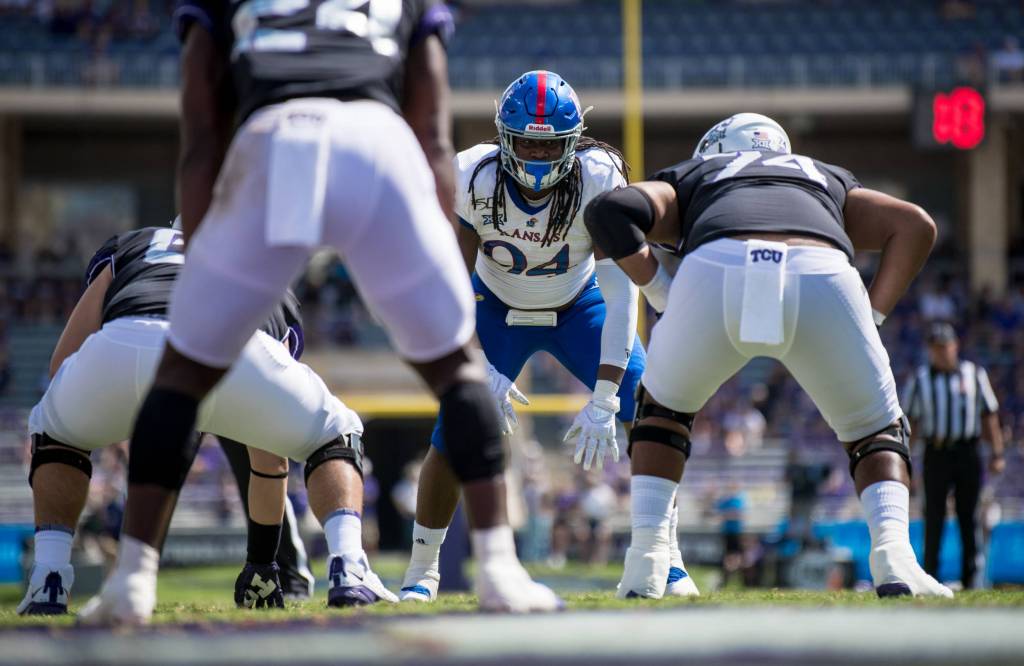 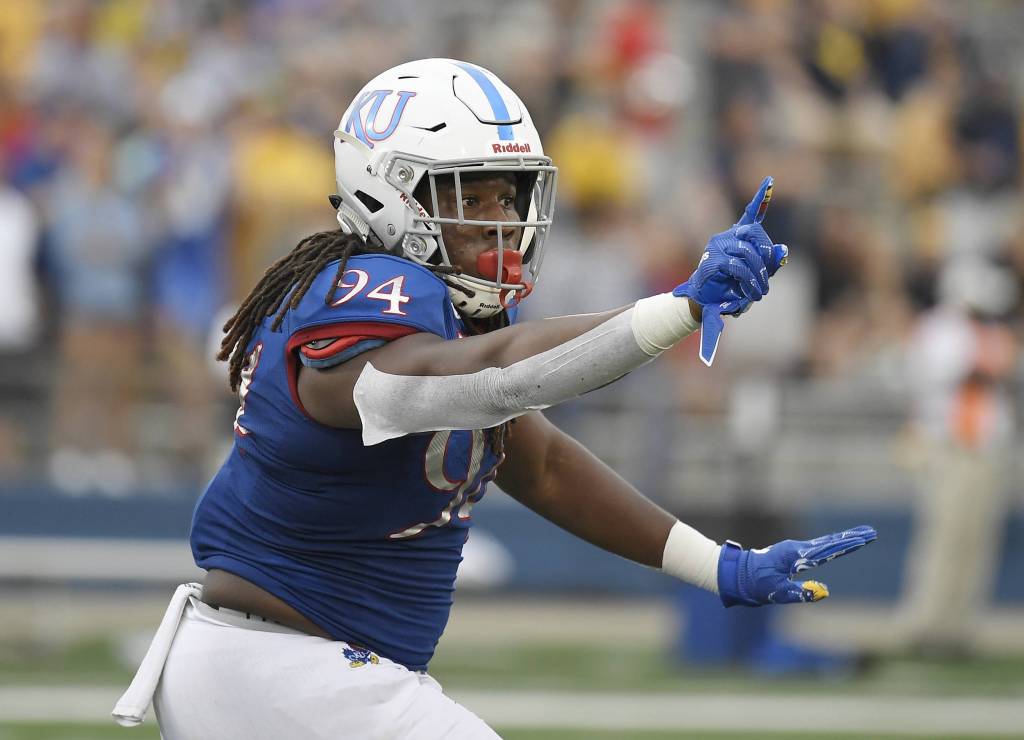 2019 (Sr.): Indiana State: Saw action in the season opener … Made one tackle … Coastal Carolina: Started at defensive end vs. the Chanticleers … Recorded one solo tackle on the day … at Boston College: Set a new Kansas career high with two solo tackles against the Eagles … West Virginia: Tied his KU career high in tackles with two as well as his best tackles-for-loss game, racking up 1.0 for a loss of two yards … at TCU: Set a new KU career best in tackles in Fort Worth, registering three on the day … Oklahoma: Recorded his first pass breakup of the season, and his KU career, against the Sooners … Matched his career-high three tackles from the week prior (two solo, one assisted) … at Texas: Made two tackles against the Longhorns (one solo, one assisted) … Texas Tech: Played in the Jayhawks’ Homecoming victory over the Red Raiders, 27-34, but did not record any stats … Kansas State: Had a big defensive day against the Wildcats, tying his season/career high in tackles with three, sacks with 1.0, also 1.0 TFLs as well as first forced fumble as a Jayhawk … at Oklahoma State: Hurried the Cowboys’ quarterback for the first time this season, as well as in his two-year Jayhawk career … at Iowa State: Made a pair of solo tackles against the Cyclones in Ames … Baylor: Recorded a single solo tackle against the Bears in the season finale. 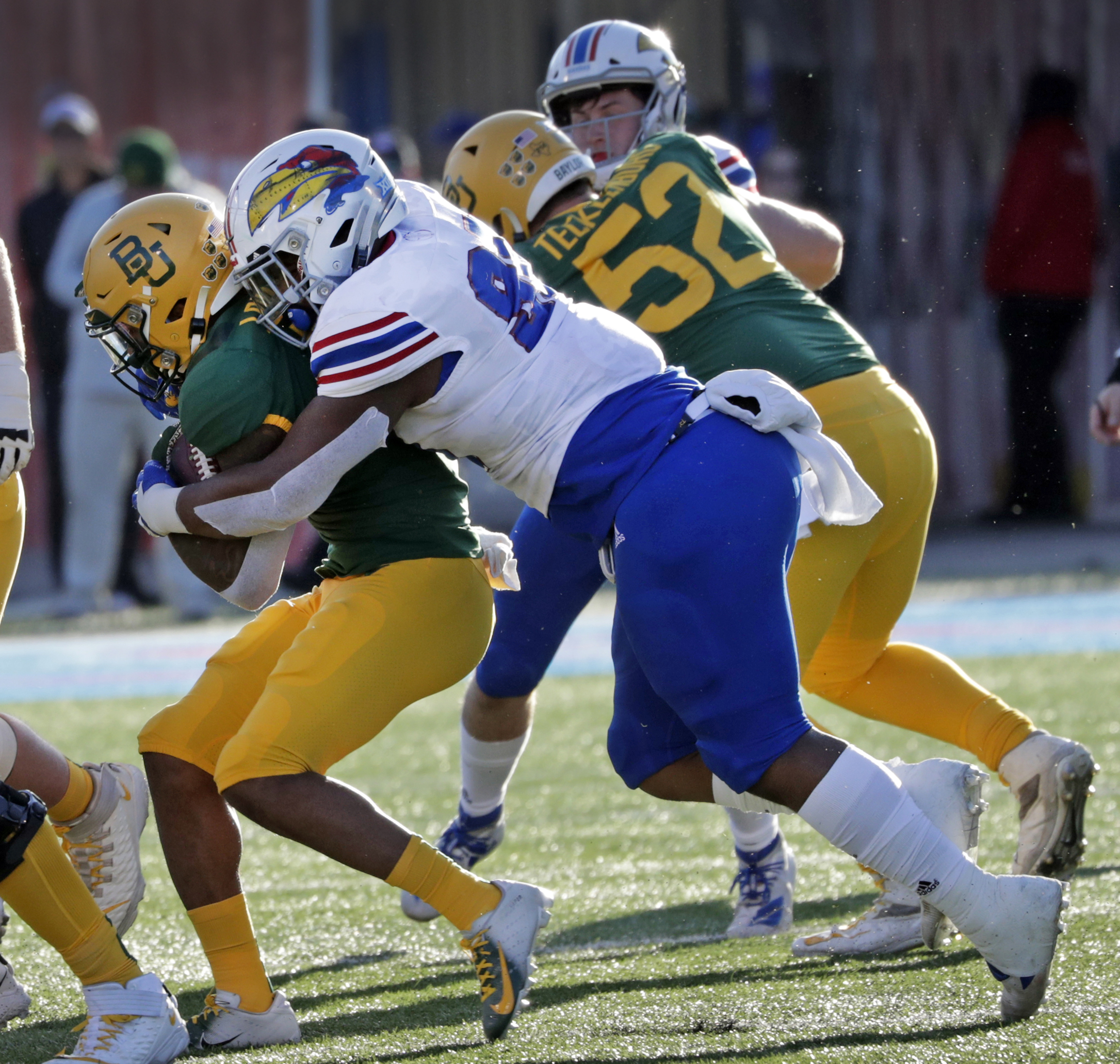 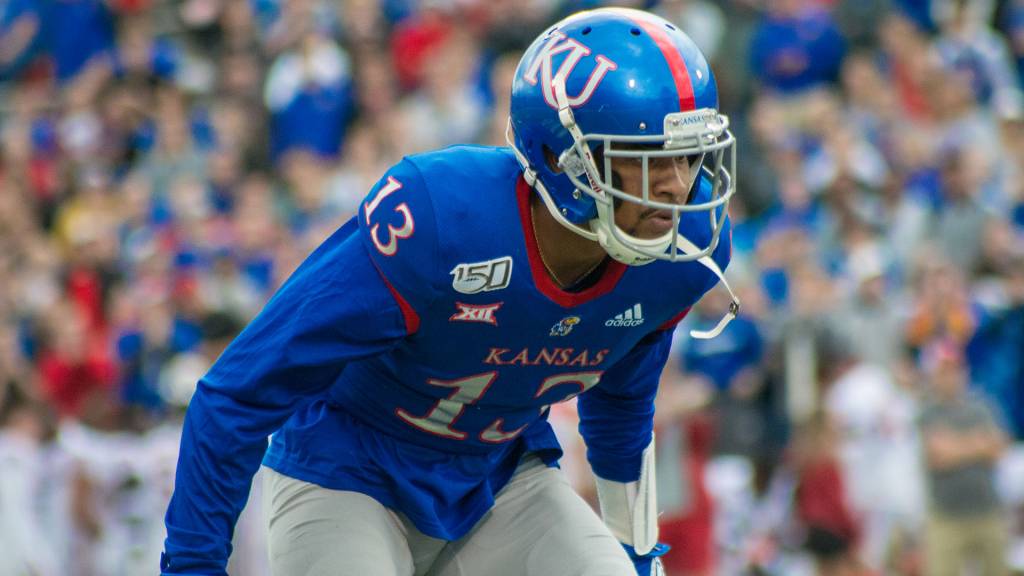 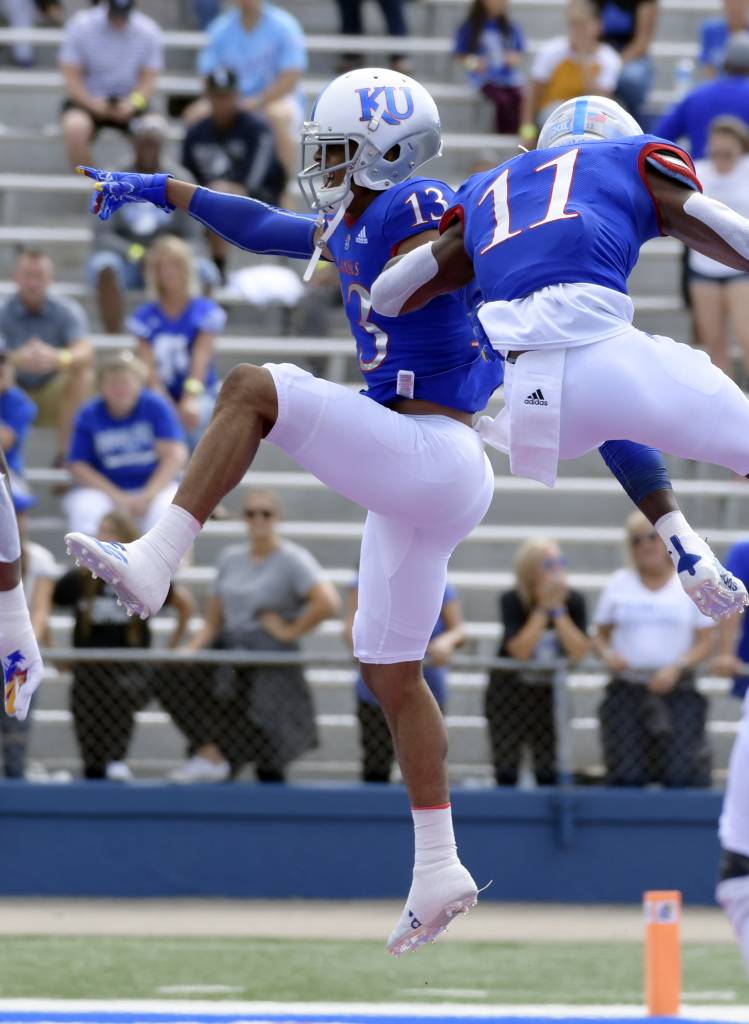 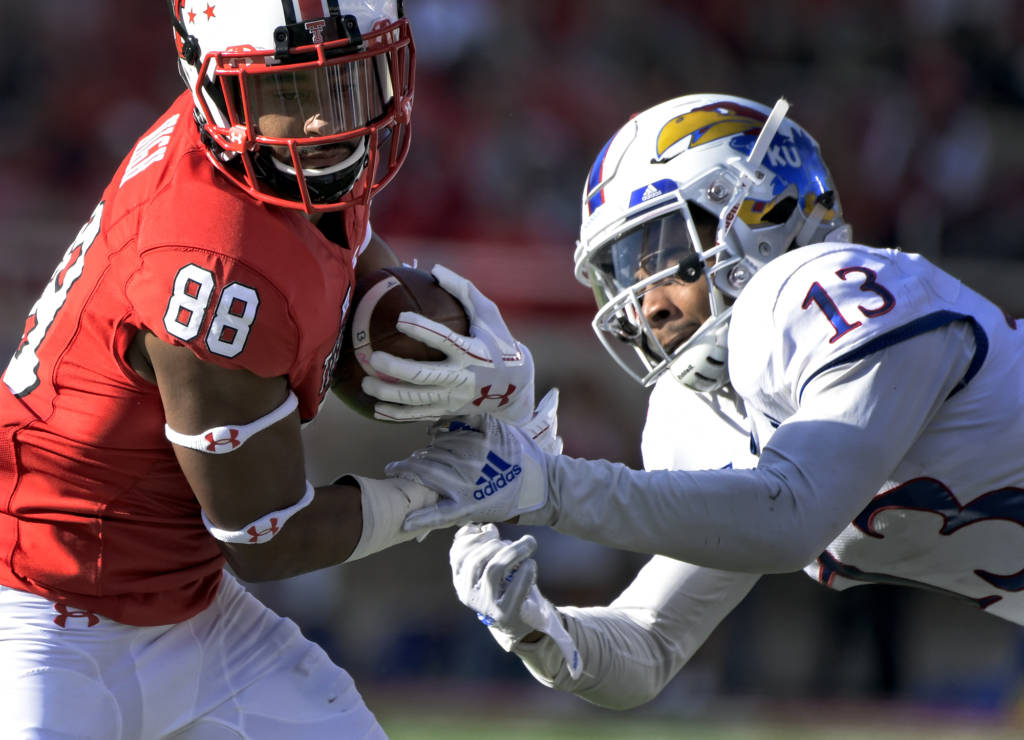 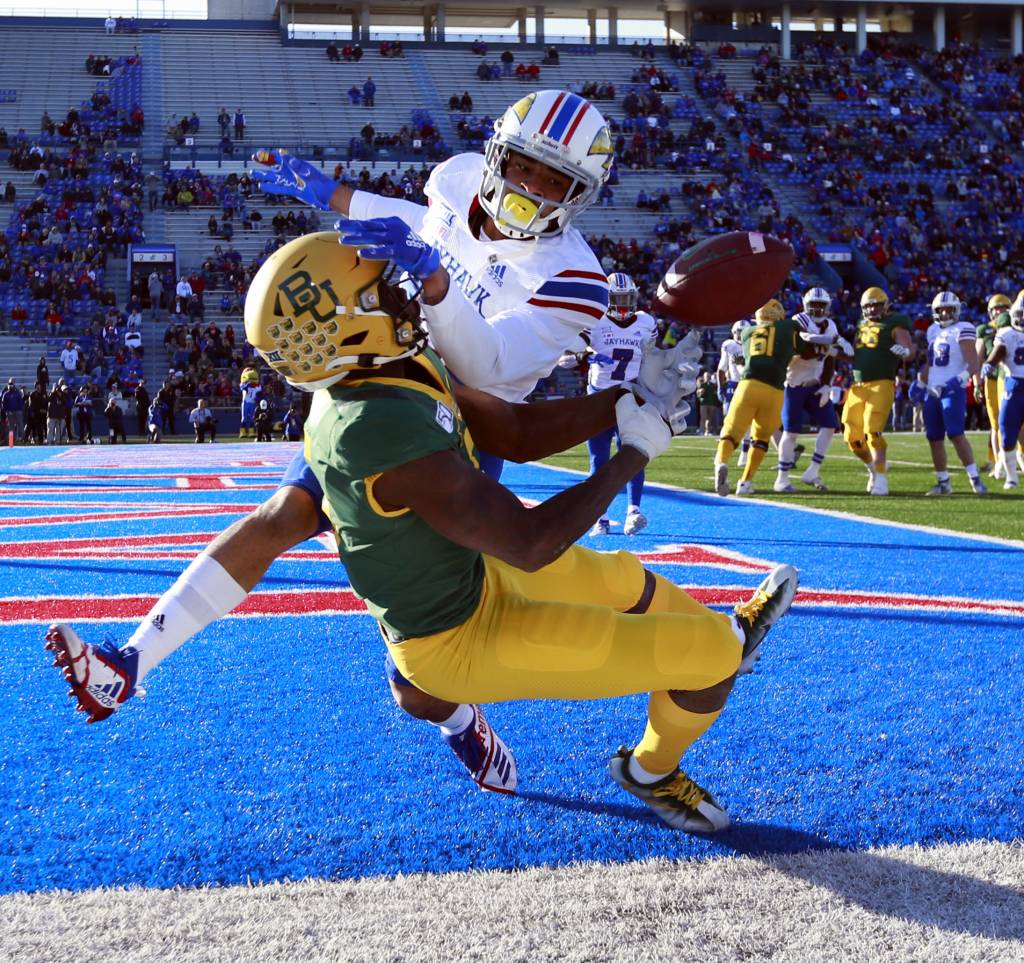 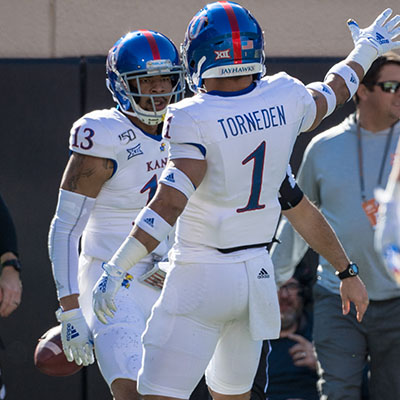 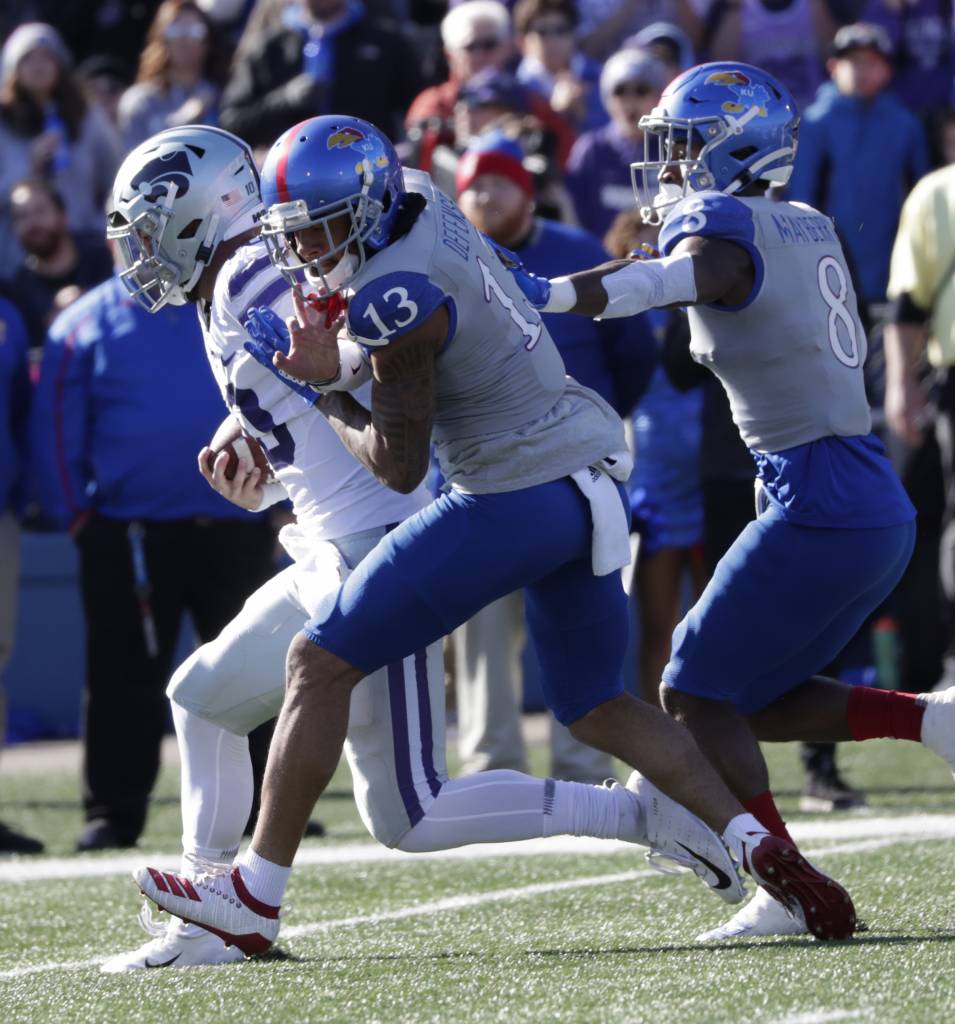 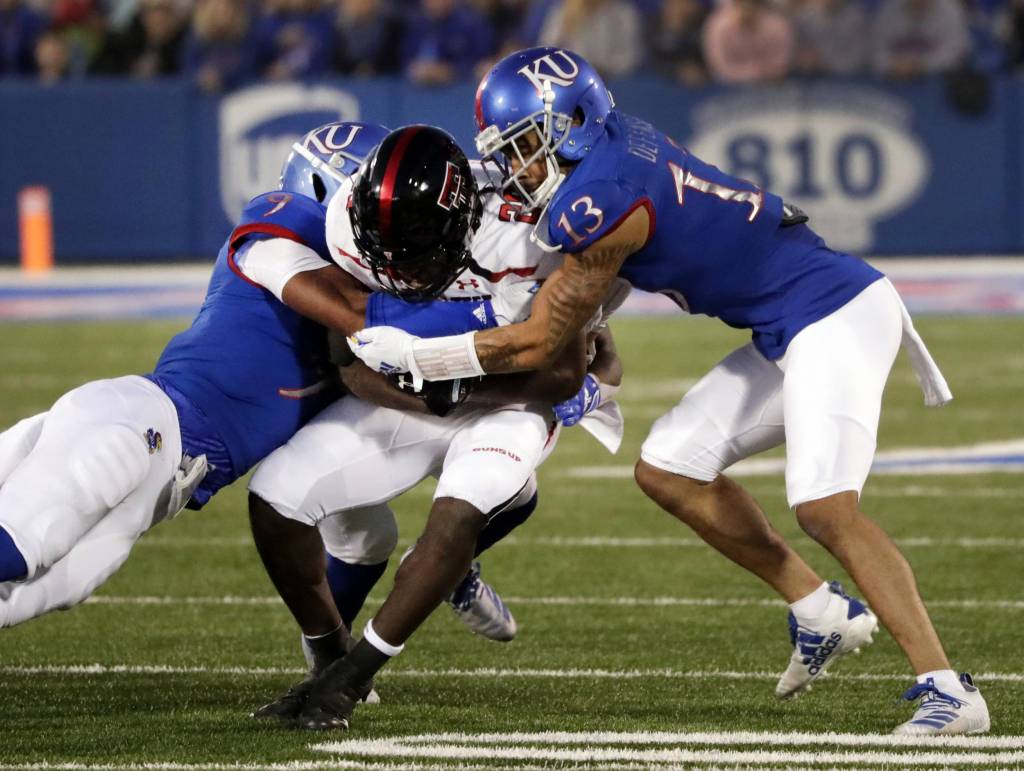 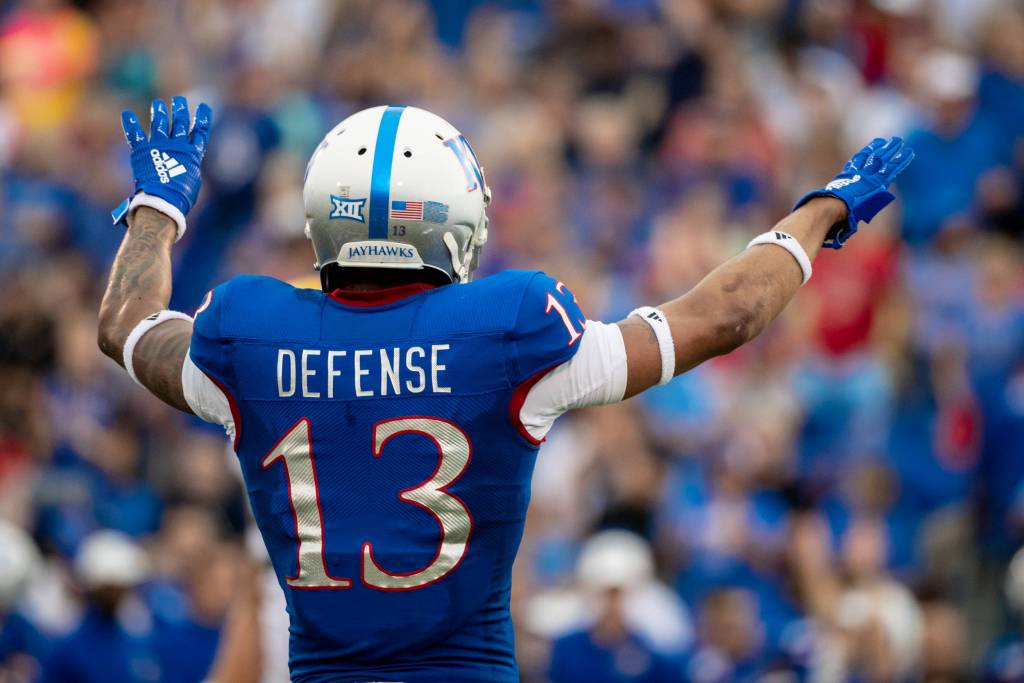 2019 (Sr.): Indiana State: Started at corner in the season opener … Got the Jayhawks going early with an interception that he returned 57 yards for a touchdown … Also recorded one tackle … Coastal Carolina: Broke up one pass vs. the Chanticleers … at Boston College: Contributed one tackle to the Jayhawks’ defensive effort vs. the Eagles … Also had a pass breakup in Chestnut Hill … West Virginia: Helped KU’s defensive effort against the Mountaineers, recording six total tackles (four solo, two assisted) … at TCU: Tied his KU career best with two pass breakups against the Horned Frogs … Made a single tackle on the day … Oklahoma: Has started each of Kansas’ six games so far this season … Contributed a pair of tackles to the Jayhawks’ defensive effort against the ranked Sooners … at Texas: Tallied a season-high seven tackles in Austin (five solo, two assisted) and broke up one Longhorn pass on the night … Texas Tech: Made five total tackles (four solo, one assisted) in the Jayhawks’ Homecoming victory over the Red Raiders, 37-34 … Kansas State: Contributed four solo tackles to KU’s defensive effort against its in-state rival … at Oklahoma State: Hurried the quarterback for the first time this season, as well as in his KU career, while also contributing two tackles on the day against the nationally ranked Cowboys … at Iowa State: Tallied three total tackles (one solo, two assisted) in Ames … Also broke up one Cyclone pass on the afternoon … Baylor: Among the top defensive players for KU against the Bears, having recorded five total tackles (four solo, one assisted) and breaking up two Baylor passes, which matched his season and career highs. 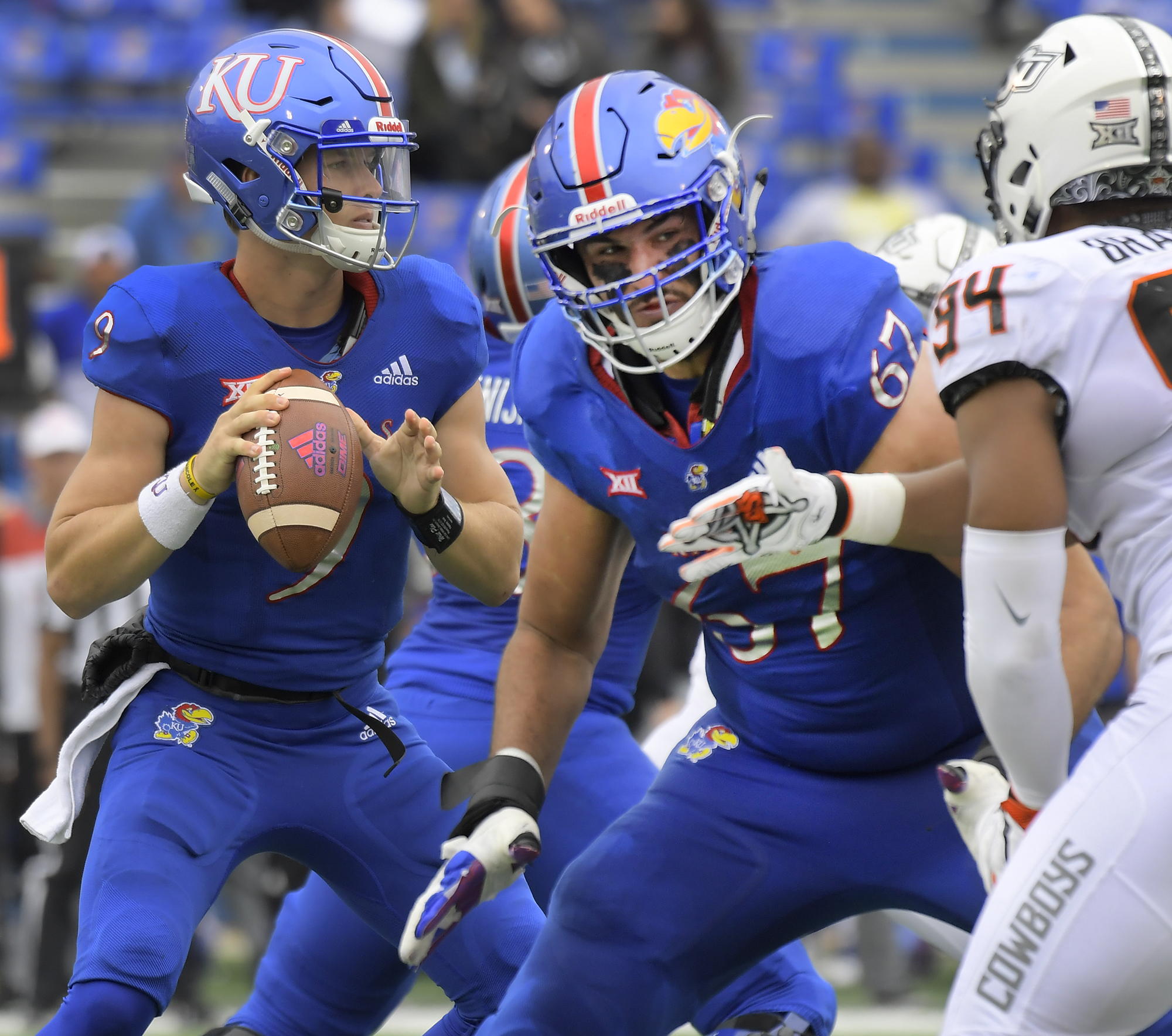 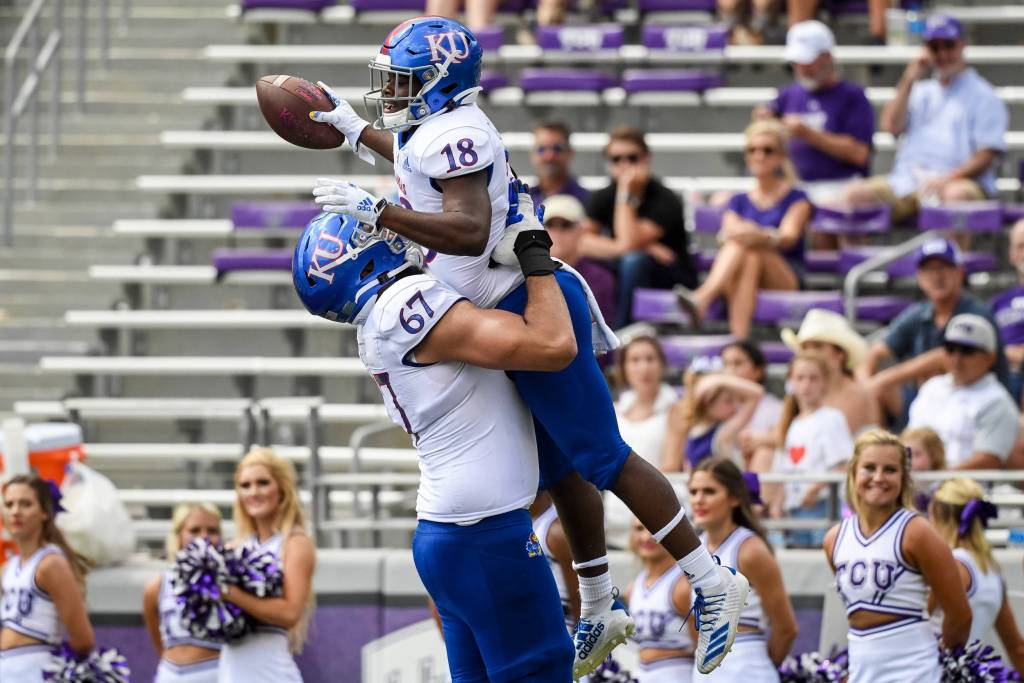 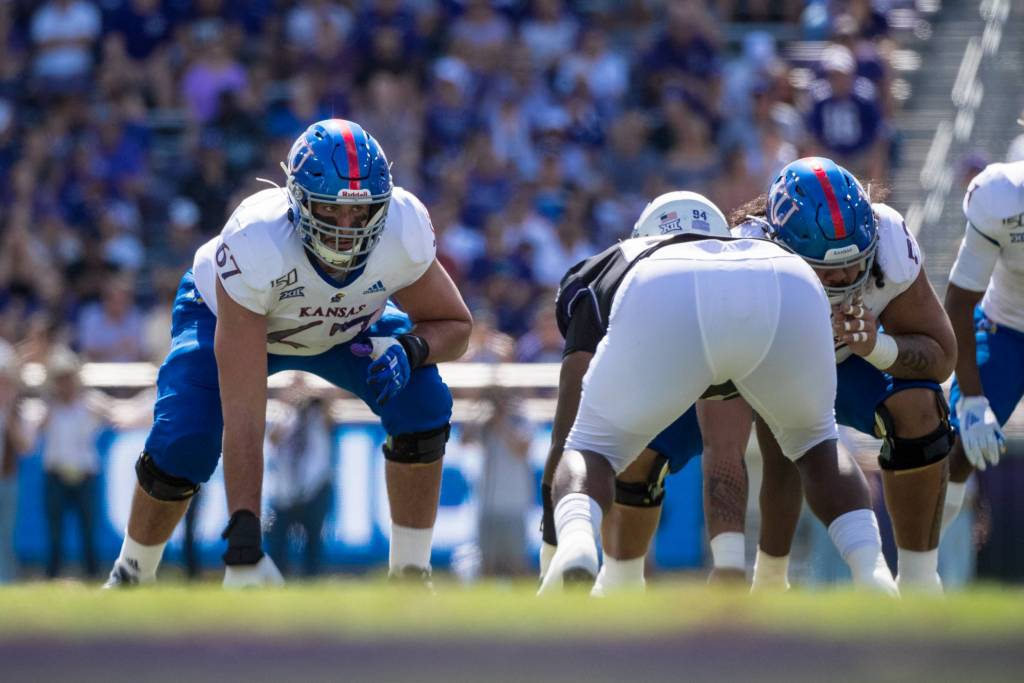 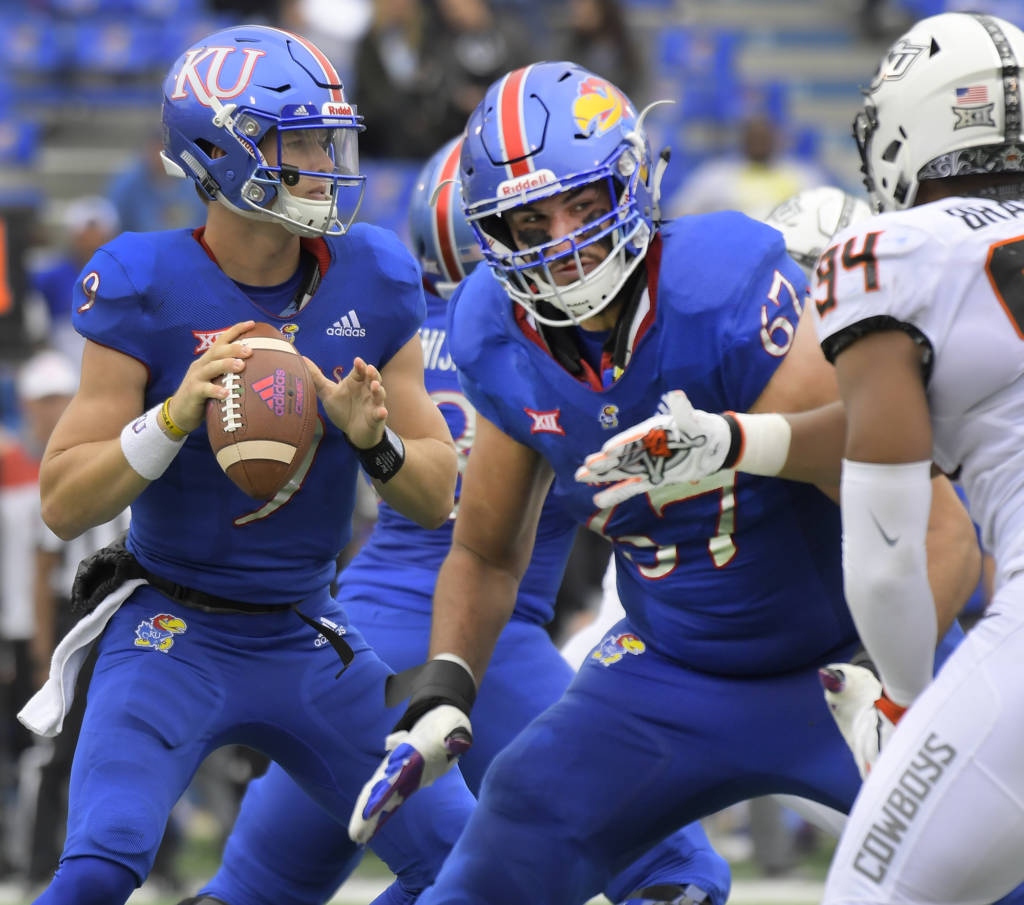