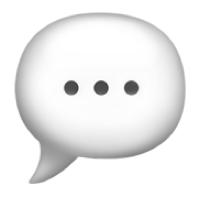 🏀 Jayhawks Use 3-pointers to Race Past Mountaineers

The Jayhawks, who already have four wins over ranked opponents this season, trailed by one at halftime, but outscored the Mountaineers 44-29 in the second half to break the game open and earn the win to move to 2-0 in Big 12 play. West Virginia dropped to 7-2 overall and 1-1 in league play.

Led by Braun, the Jayhawks were hot from 3-point range, converting on 16 of 37 attempts. Marcus Garrett was a perfect 3-for-3 from deep, while Jalen Wilson was 4 of 10 and Ochai Agbaji was 3 of 10.

West Virginia didn’t lead until the final minute of the first half and stretched the lead to three points in the first minute of the second half. But Kansas quickly erased the lead and led by as many as 22 with just more than four minutes remaining in the game.

The 16 made 3-pointers are tied for the third-most ever in a single game by a Kansas team. The record is 19, set against Texas Southern in 2017.

The Jayhawks improved to 15-5 all-time against the Mountaineers, and remain undefeated inside of Allen Fieldhouse against West Virginia at 9-0.

Stat of the Game:

16 – Kansas hit 16 3-pointers in the win over West Virginia. The 16 makes from deep are the third-most ever in a single game for Kansas.

The Jayhawks will be back in action in the new year, when they take on Texas on Saturday, Jan. 2, 2021 inside of Allen Fieldhouse. The game will be aired on ESPN2 at 11 a.m.