“How did it feel?” I’ve probably been asked that question a thousand times since we won the national championship. And while I’m not sure I’ve found the right words to accurately describe the relief, elation and surreal nature of that moment, I do know this much: I’ll never get tired of talking about it. 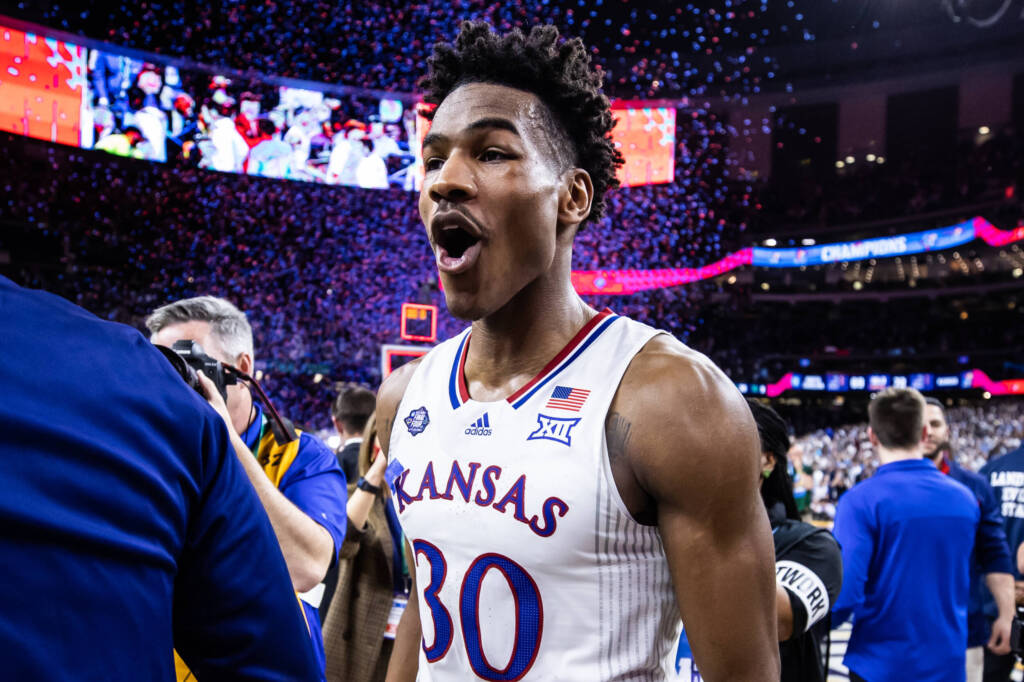 From start to finish, the entire season felt like it had been scripted. I don’t write that to be cocky, but from the day our group first got together as one last summer, we talked about winning the national championship. I really believe it’s something we spoke into existence — with a lot of hard work along the way, of course. When that last buzzer sounded in New Orleans, it was a humbling feeling to know those big shoes that were waiting for me when I arrived here four years ago had been filled.

It almost didn’t happen, though — at least not for me. I was truly on the fence last summer about whether or not to return for my senior season. I had a serious conversation with Coach Self about what this year would look like. That talk was as real as it gets. I let him know one thing: If I was going to come back, I wasn’t about to waste my time. This wasn’t going to be a season of regrets. That really became the theme for a lot of guys on the team this year. “Don’t regret this moment. Don’t regret this game.” Those of us who were returning knew how it felt to look back on a defeat and think that outcome was a self-inflicted one. I made it my goal to never feel that way again.

Another objective I had was to leave the University of Kansas better than I found it, and I think I did just that. We gave Jayhawk Nation a year they’ll be talking about for years to come. My teammates and I heard about 2008 constantly, and rightfully so. Fans still cheer that squad on, know every single person from it and have made them legends around here. Knowing my group of 18 guys, some of whom met each other for the first time last summer, will be thought of in the same way and loved forever is a lot to process, but I can confirm it’s a really, really good feeling.

I’ll remember every single game, moment and experience we had this past year. But before I put my collegiate career in the rearview mirror and look to the future, I want to thank some of the people who helped put me on the road to success. 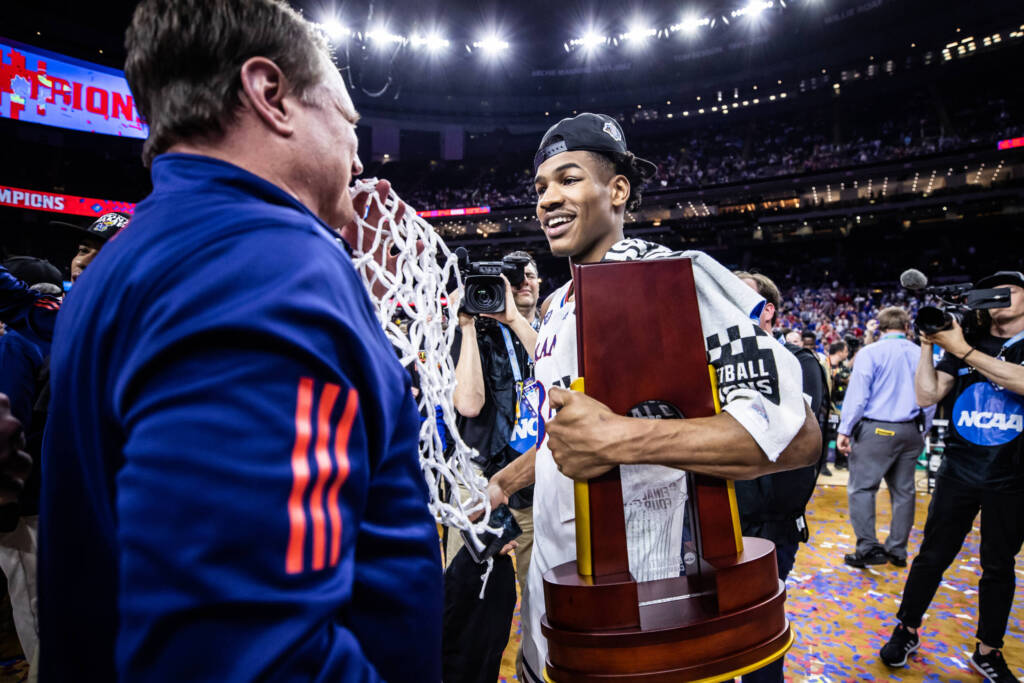 Coach Self and the assistant coaching staff

Coach Self, having you in my life these last four years has meant the world to me, and I feel the same way about every single one of those assistant coaches and everyone on your staff. You guys will hold a special place in my heart forever. What you’ve done for the teams I’ve been on and for me in particular is truly special and nothing short of amazing. I couldn’t have been more blessed and honored to play under you.

I still remember what you told me at the beginning of my freshman year. We were all doing a simple drill and you walked up to me and said, “You’re going to be an All-American.” I couldn’t believe it. We had three McDonald’s All-Americans in my recruiting class. What made me special? I just remember looking back at you thinking, “Is he sure he’s talking to the right person?” You believed in me before I believed in myself. Fast-forward four years and everything came full circle. I’m an All-American, and you led us to a national championship. I’ll never forget the trust you put in me from Day 1 and the examples you set when it came to hard work and perseverance. You already know this, but I love you, Coach. 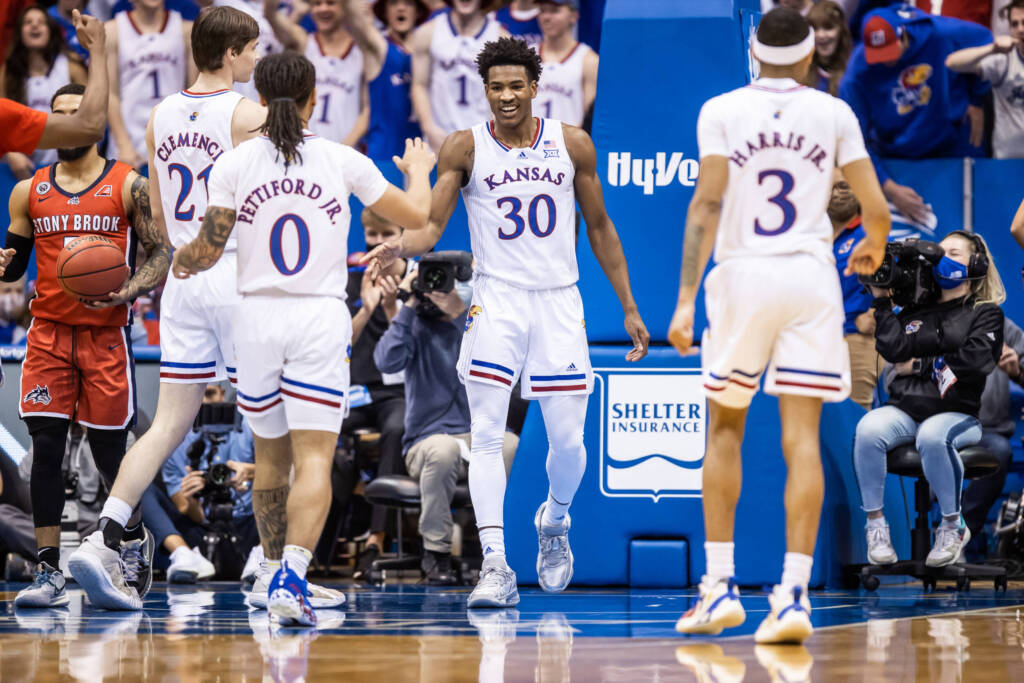 My teammates, both past and present

The chemistry, bond, shared experiences and relationships we had this year were the reasons why we won the national championship. We were so close off the court, and that chemistry absolutely translated to the game. We had the utmost trust and confidence in each other to make plays, and we did. To my past teammates, whether you were an All-American or someone who never saw the court, I learned so much from each and every one of you. You may not have been able to compete in a national championship game, but for you and even those guys who came before me, you’re not forgotten in all of this. You shaped this place and its culture, and we rode the wave you created. This was for you.

We made so many incredible memories on the court, but some of my favorites came off of it. Our Maui trip two years ago became a great example of both. We scratched and clawed to beat Dayton in overtime of a great title game to take that tournament, and afterward, we ran into some of their players and fans at the beach. All of them were standing on some nearby cliffs but had gotten cold feet. Then, all anyone saw was us just rushing to the edge of the cliffs and jumping off into the water. We all definitely showed our fearlessness in that moment — well, all of us except for Doke, who refused to get in the water that entire week. That’s OK, Big Fella — we still love you! 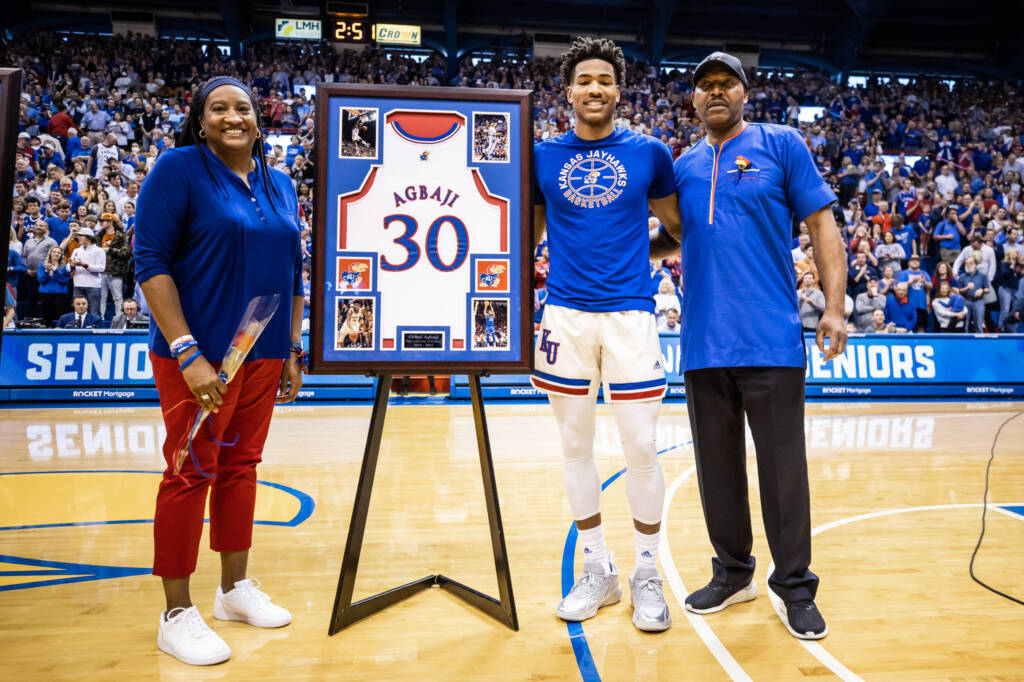 A lot of people saw me get emotional with you guys right after we won the national title, but not everyone knows why that moment struck such a nerve with me. Seeing your faces for the first time after achieving that dream, I realized just how much each of you had sacrificed to make it possible. You’ve been KU’s most diehard fans these last four years, and mine throughout my entire life. Whether it’s been for basketball or school or anything else, you’ve always put my future ahead of your present, and I’ll forever be thankful to have you in my life. Now I can’t wait to give back to you and show you the support that you’ve always shown me. I love you guys so much. 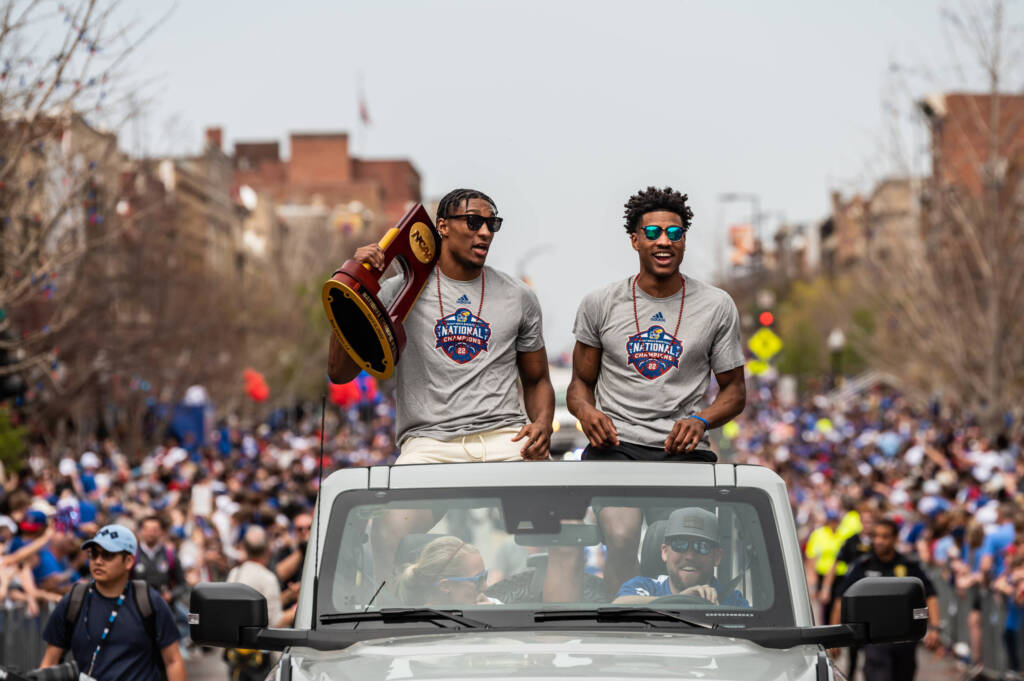 Your support never goes unnoticed. Look around America on any given Tuesday night during the college basketball season and you’ll see countless half-full gyms with dead atmospheres. Not Allen Fieldhouse. When we get there a few hours before tipoff, we know to expect 16,300 of you packed in there and screaming like you’ve never screamed before. I want you to know that your energy is truly infectious and it really does give us motivation game in and game out. I know I speak for so many guys who have worn this uniform when I write this: Thank you for making our time here truly unforgettable.

If people aren’t asking me how it feels to win a national championship, they’re asking me about my excitement level for the next chapter of my career. Luckily, that’s another topic I won’t get tired of talking about.

All the great things I’ve achieved this season are all well and good, but I’m going into a grown man’s league. No matter where I’m drafted, I’m going to have to fight my way in. That’s why it’s so useful to me that I’ve always had a chip on my shoulder, and I don’t see it going away any time soon. I still feel like I’m undervalued — just like I was coming out of high school, just like I was entering my senior year at KU. That motivates me. I’m not done working yet, and I think I still have a whole other level my game can reach.

As I wrap this up, it occurs to me there’s one group I forgot to address. To the future players who will wear the crimson and blue: Get ready for the ride of your life. We may have set the standard this year, but it’s on you now to solidify it, carry it forward and take it to the next level. The tradition and culture at KU is unlike anywhere else, and it’s your responsibility to live up to it. I’m so excited to watch your journeys unfold. And why not win another national championship next year? Come with that same mindset we had this year to win at all costs — and never regret a thing.