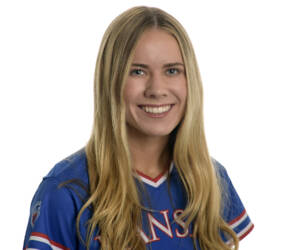 This week, Kansas soccer junior midfielder Avery Hall has selected six of her favorites from the Jayhawks’ 2019 season, which included a Big 12 Tournament Championship and a run to the NCAA Tournament’s Round of 16. Hall, a native of McKinney Texas, appeared in eight matches for KU and helped the squad to one of the best campaigns in program history. 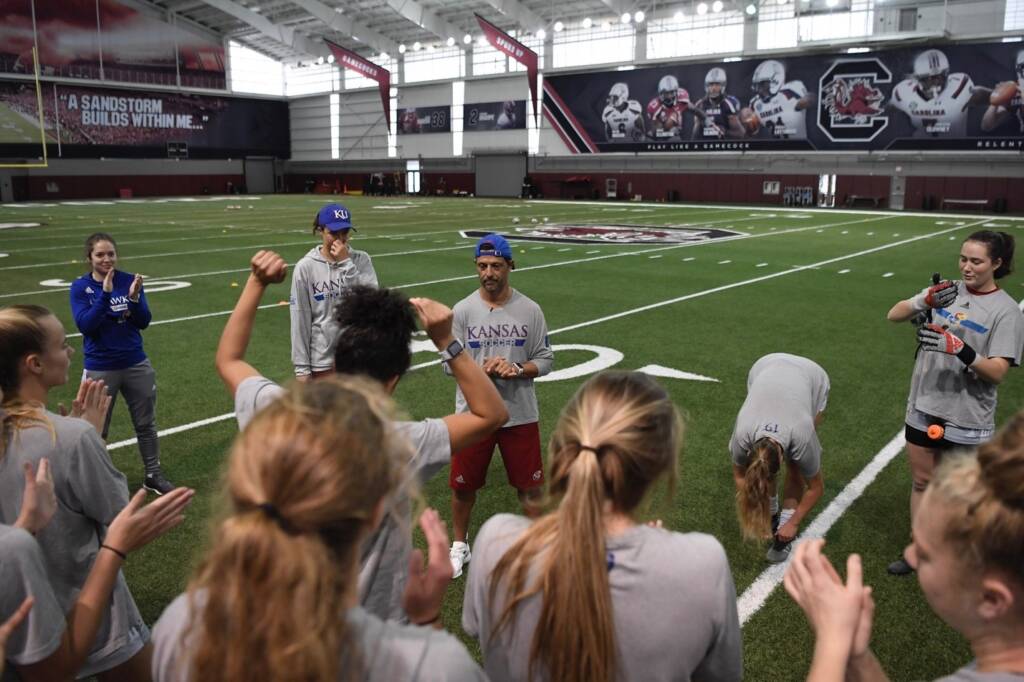 This picture brings back such a fun memory from the season. This was the following day after we beat Xavier in the second round of the NCAA tournament. This was usually the day of recovery for players and 5-v-5 games for players who didn’t get as many minutes. However, the coaches wanted to do something special to celebrate our win and have some fun. A few of us were split into two teams and we played flag football. Even Coach Kelly and Coach Laura joined in to compete with us. We started kicking field goals and making competitions. It took some of the pressure off and allowed us to let loose. We did not know it at the time, but that was one of our last recovery days as a team. 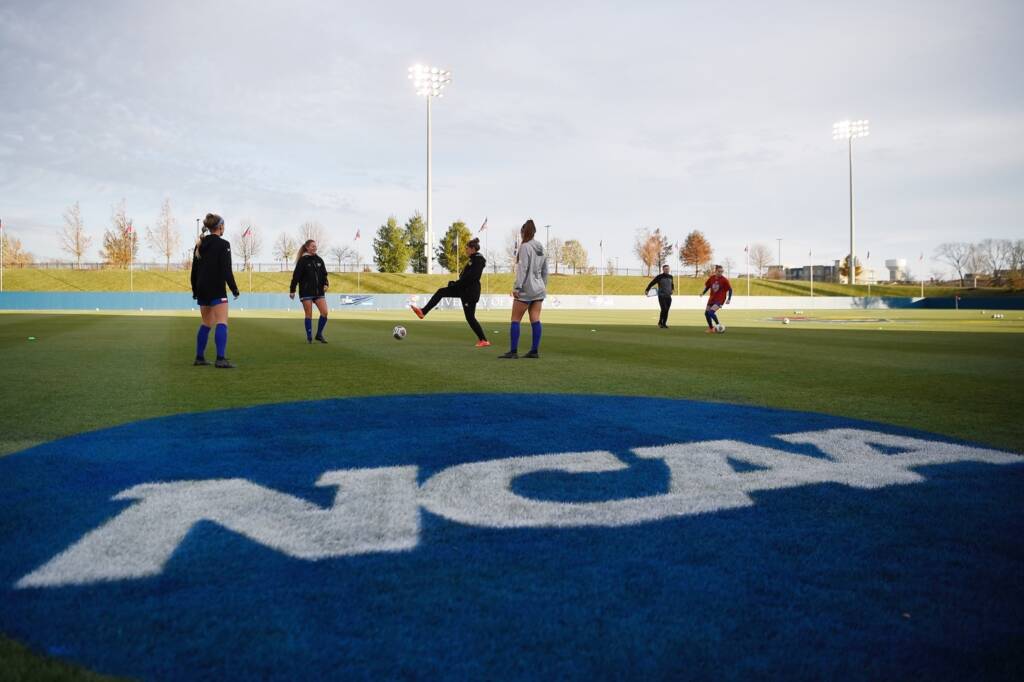 This picture is special to me because Bri (Amos), Kailey (Lane), Izzy (Cavalcante) and I have a tradition to go out onto the field 15 minutes before every game and pass the ball around. This game we were about to host Iowa in the first round of the NCAA Tournament. We went out early because Kailey’s family was surprising her this game and we wanted to make sure she was out there when they arrived. She ended up scoring the game-winning goal. It’s a really special moment to be on the field before the stands fill up and the field gets chaotic, we go out there early to calm each other’s nerves and mentally prepare for the game. There is no place like Rock Chalk Park. 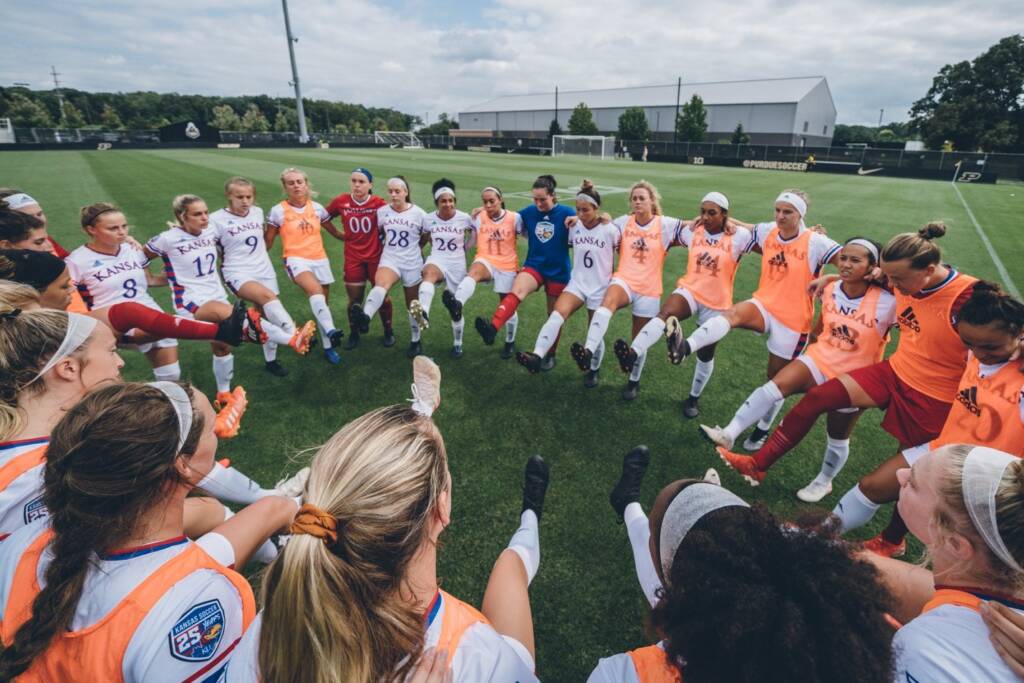 This picture is special to me because before every game we have the tradition of everyone doing the Rock Chalk chant. This was before we were about to play Purdue during the nonconference schedule. We usually do the chant in the locker room, but this game we had everyone step onto the field for the chant. Everyone in the stands and the other team could hear us. It really hypes everyone up for the game and inspires us to play hard and work hard for each other and our school. 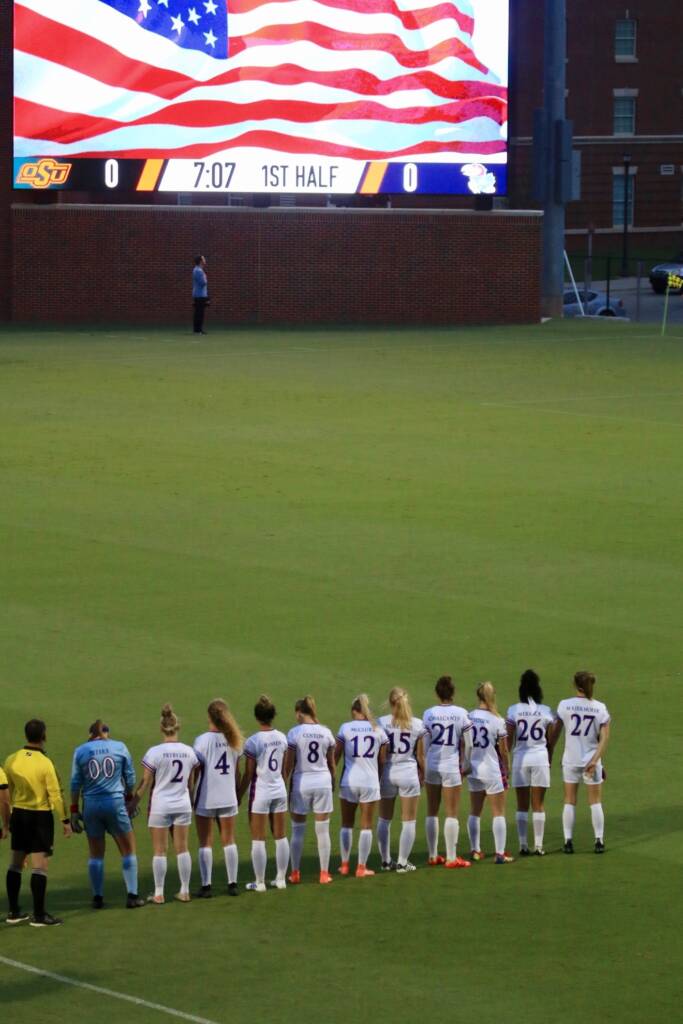 I think this picture is significant for everyone on our team. This was taken before we played Oklahoma State in early October. We actually lost this game 2-5, but it was a turning point for our season. After this game, we went on an 11-game streak of no losses until our final game in the Sweet 16 of the NCAA Tournament. This proves how resilient our team was. We could have accepted defeat and had a mediocre season, but we reacted with strength and dignity. We ended up defeating Oklahoma State when we faced them again in the semifinals of the Big 12 Tournament before we went on to win the whole thing! 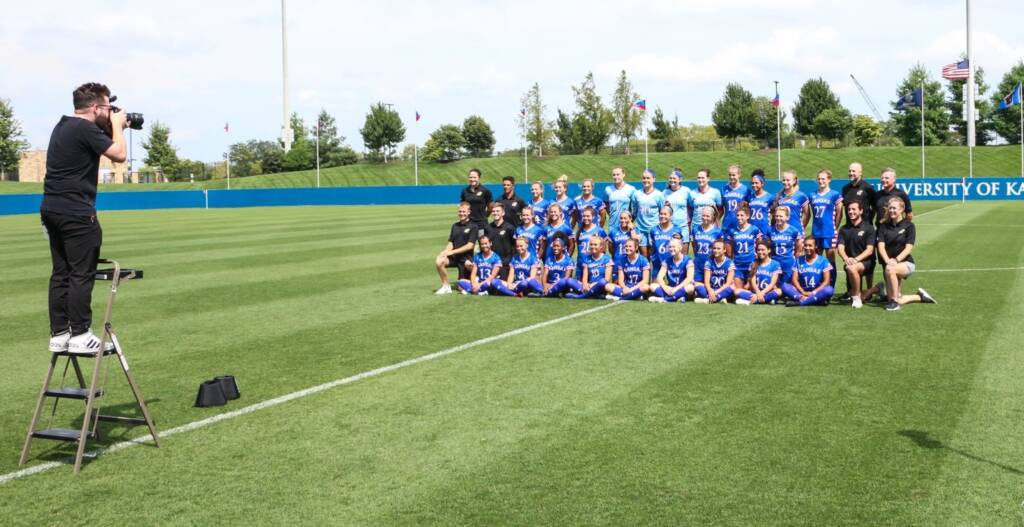 This was our team picture being taken at the start of the season. This picture is special to me because every person in this picture played such a significant part in the success we had. Many people in this picture are not on the team anymore. I like to look back on this picture and it’s so nice to see everyone together because it makes me reminisce on the memories we had together. This is important, especially when we have been apart for so long because of COVID-19. I am eager to see everyone again and to get back to training with my teammates, old and new. 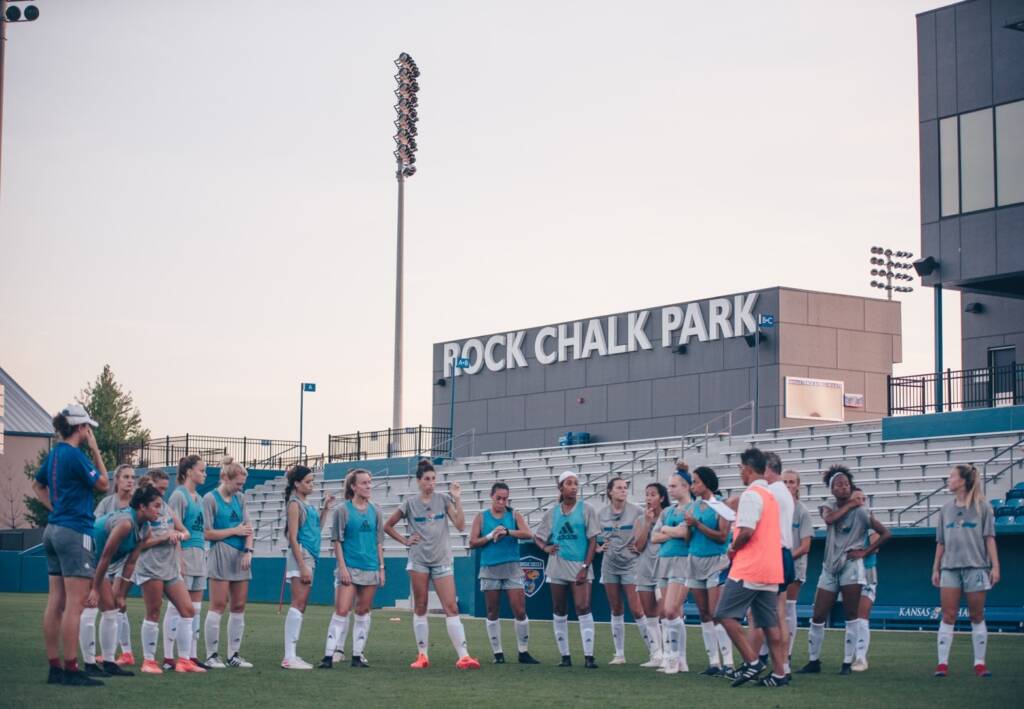 You can tell by our demeanor in this picture that we are exhausted. This picture was taken during two-a-days in the preseason. The grind in preseason is tough but so worth it in the end. During preseason you don’t really see anyone but your teammates, coaches, and soccer staff, but it helps build and strengthen the team bond. The early mornings and late nights are so worth it because it scares you, but it prepares you for success. I only have one more preseason left and I am graduating in December. The uncertainty of preseason or season occurring is making me impatient because I just want to have one last go-around with my teammates! I am eagerly looking forward to the preseason grind.