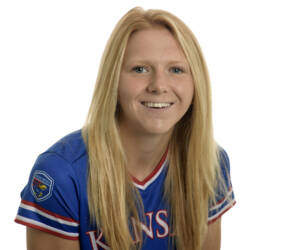 This week, Kansas soccer junior midfielder Ceri Holland has selected six of her favorites from her squad’s 2019 campaign, which included a Big 12 Tournament Championship and a run to the NCAA Tournament’s Round of 16. Holland, who hails from West Yorkshire, England, appeared in all 25 matches for the Jayhawks, scoring eight goals and adding six assists – both figures that ranked second on the team. She went on to earn a spot on the All-Big 12 Second Team, as well as the United Soccer Coaches All-Region Second Team. 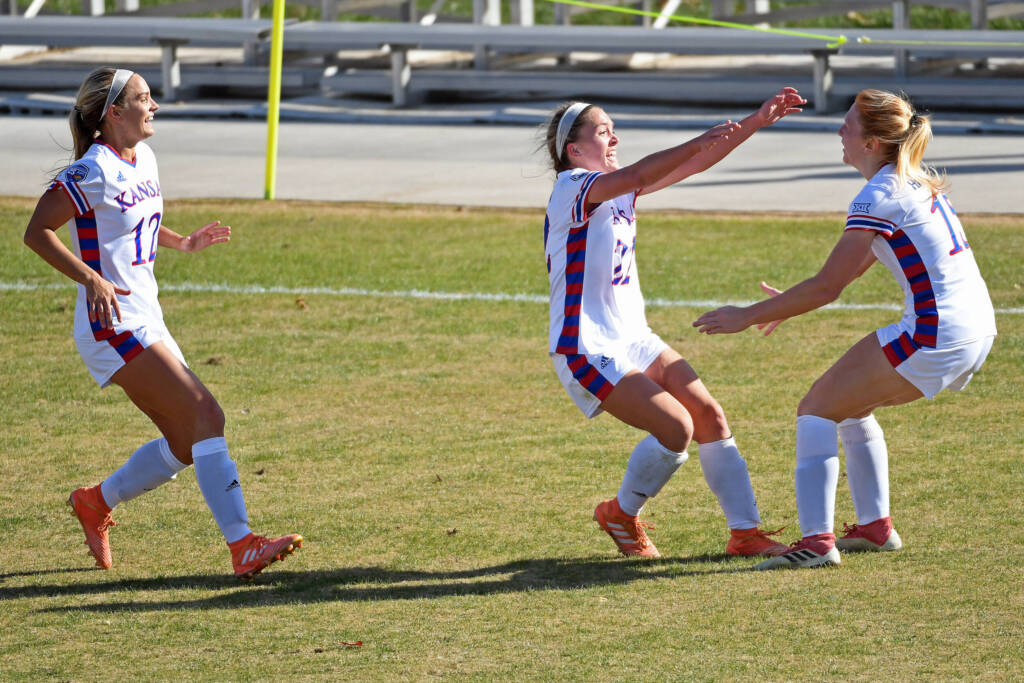 This pic reminds me of one of my favorite parts of soccer — celebrating. Enjoying these moments with your teammates is ultimately my favorite part of the game. This was after a big one in the Big 12 Final last season and ended up being the winner, creating some history for our program. It’s a moment I will never forget and a moment that helped us become regarded as one of the top teams in Kansas Soccer history, which is pretty cool! 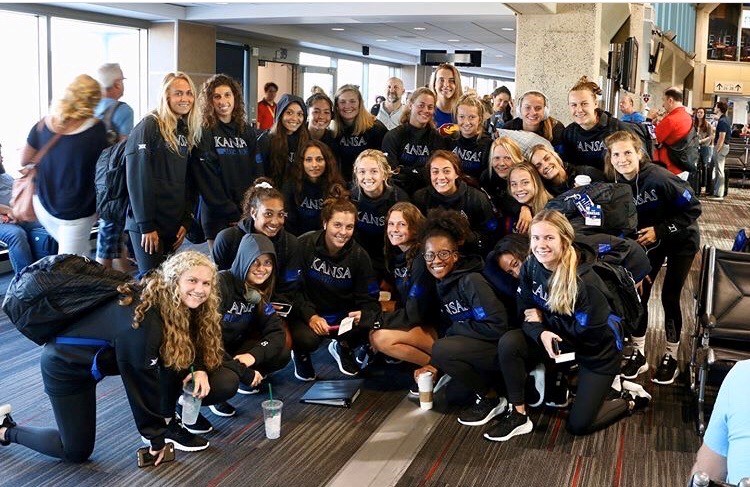 This was from our first travel trip of the season last year, but it’s a cool pic to me as it has everyone on the team in it! Going on trips is always a chance to see a new place in America, and being international, I will probably never visit a lot of the places that we get to go to, so it’s fun. You travel with some of your best friends week in and week out, so it’s always a cool part of the whole student-athlete experience. 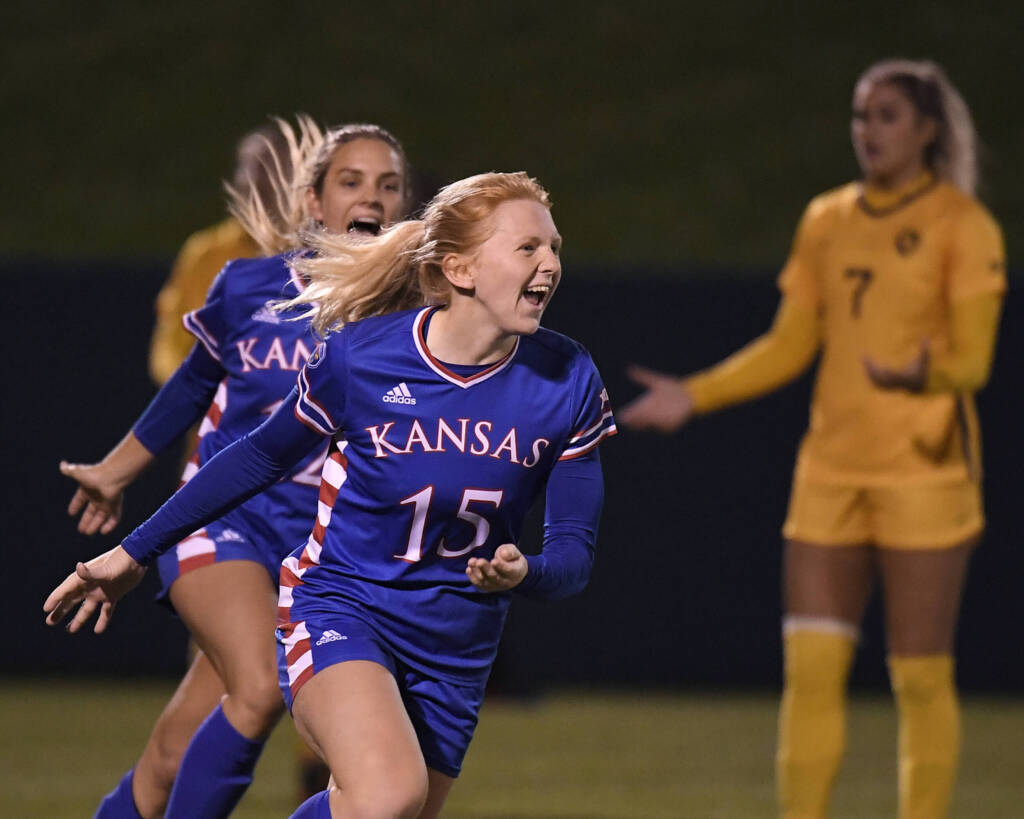 This one shows my reaction after my favorite goal of the season. It tied the game against West Virginia late on Senior Night. It was a cool night all round, getting to appreciate our seniors this year who have always been there for me throughout my experience in the U.S, so I enjoyed scoring that one. I think that’s pretty clear from the look on my face! 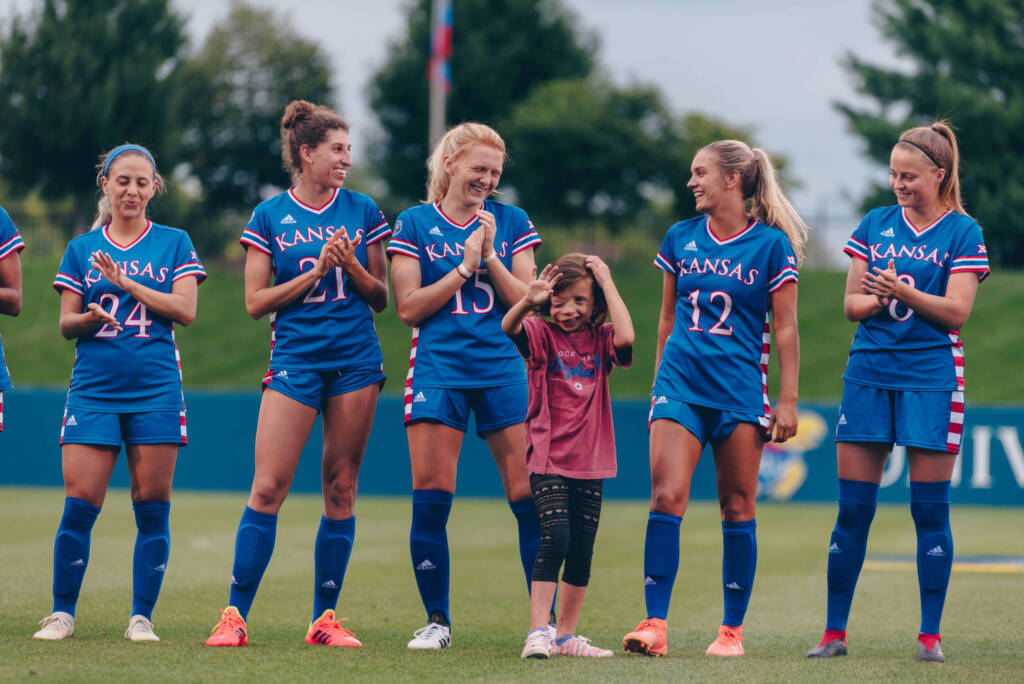 This one was from a great opening night at Rock Chalk Park against Nebraska. We won the game 4-0, which was a pretty fun way to start off a very cool season. After all the hard work in the summer and preseason, it was fun to kick start the competition of the season. Autumn (the girl in the photo) joins us for our introductions every home game and you’ll always find her somewhere close to Katie McClure to wave at the crowd. She loves gameday just as much as we do, and I love that we as a team get to have a positive impact on her life! 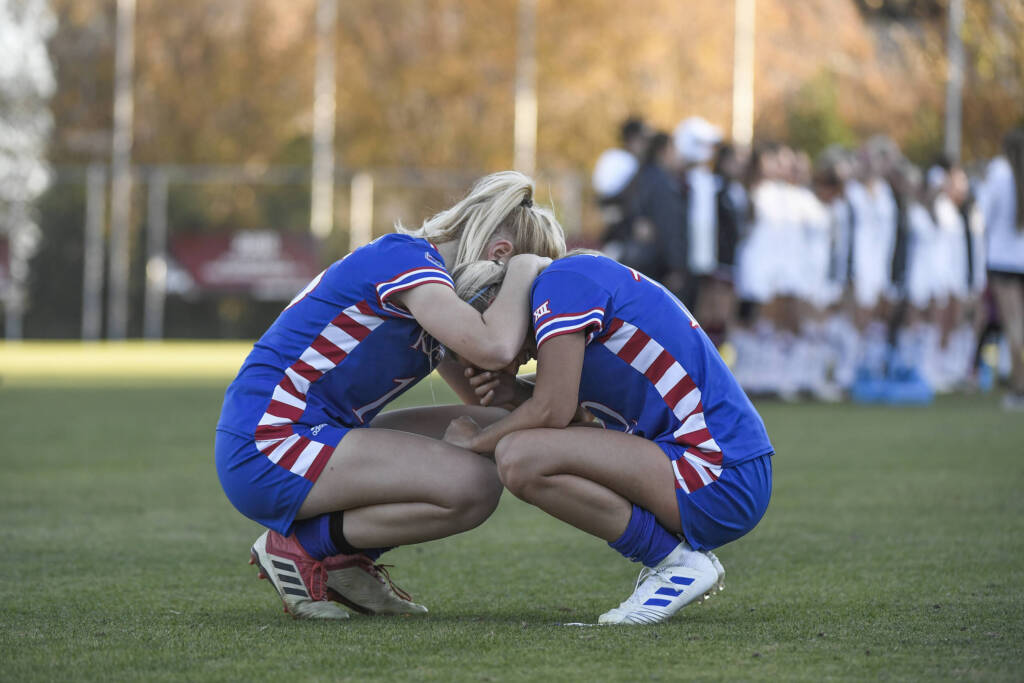 This really captured a lot of emotions in one picture. I remember seeing this one of me and Katie posted on the bus after the loss in the Sweet 16 to South Carolina. Right after the game, emotions were high and this photo certainly reflects that. It was a tough result to take after all the hard work all year to bring the success we had. To me, it just reflects how much effort you put into a season and all the emotions that come with that as well as the amazing friendships you make along the way. 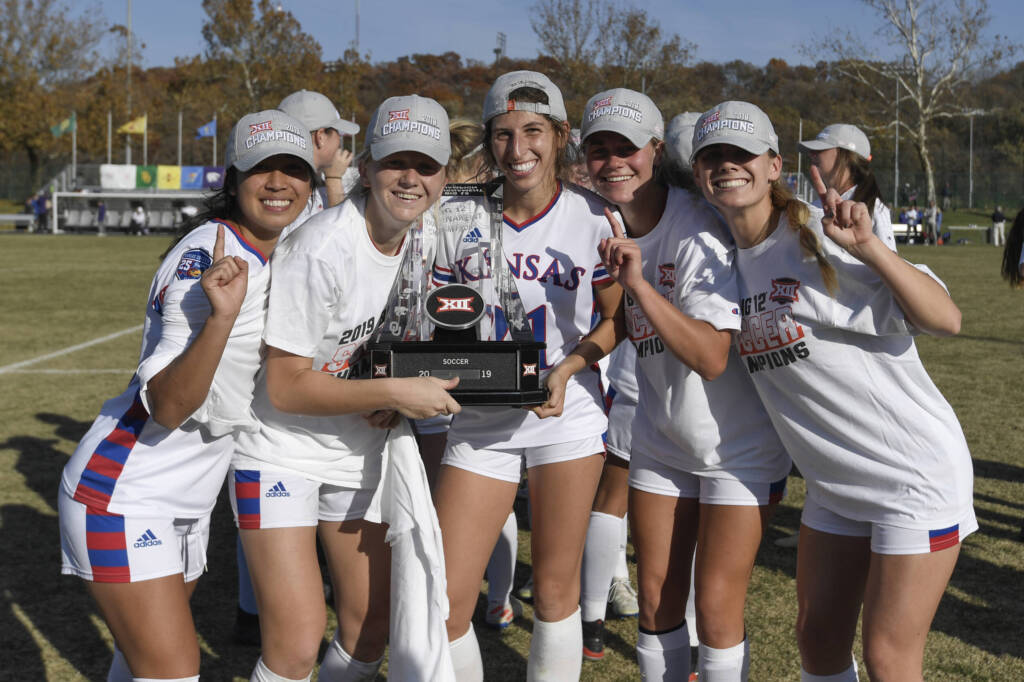 This pic shows the junior class after our win in the Big 12 Championship! It’s a cool picture because it has us all together celebrating a great achievement after starting this whole experience together from Day One.