Everyone has photos that help you relive your fondest memories and evoke strong emotions. Collegiate athletes are no different. Every week a Kansas softball senior student-athlete will select six of her favorite photos from their time with their KU teammates, whether on the field or off, in a new feature called “Pick Six.” 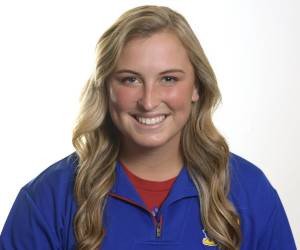 Senior Madison Sykes has been with the Kansas softball program since the 2016-17 season and has been a key contributor during her collegiate tenure. The Blue Springs, Missouri, native appeared in 140 games over the course of her four seasons which included 110 games started. In 2019, Sykes led the team in both RBI (20) and hits (39). 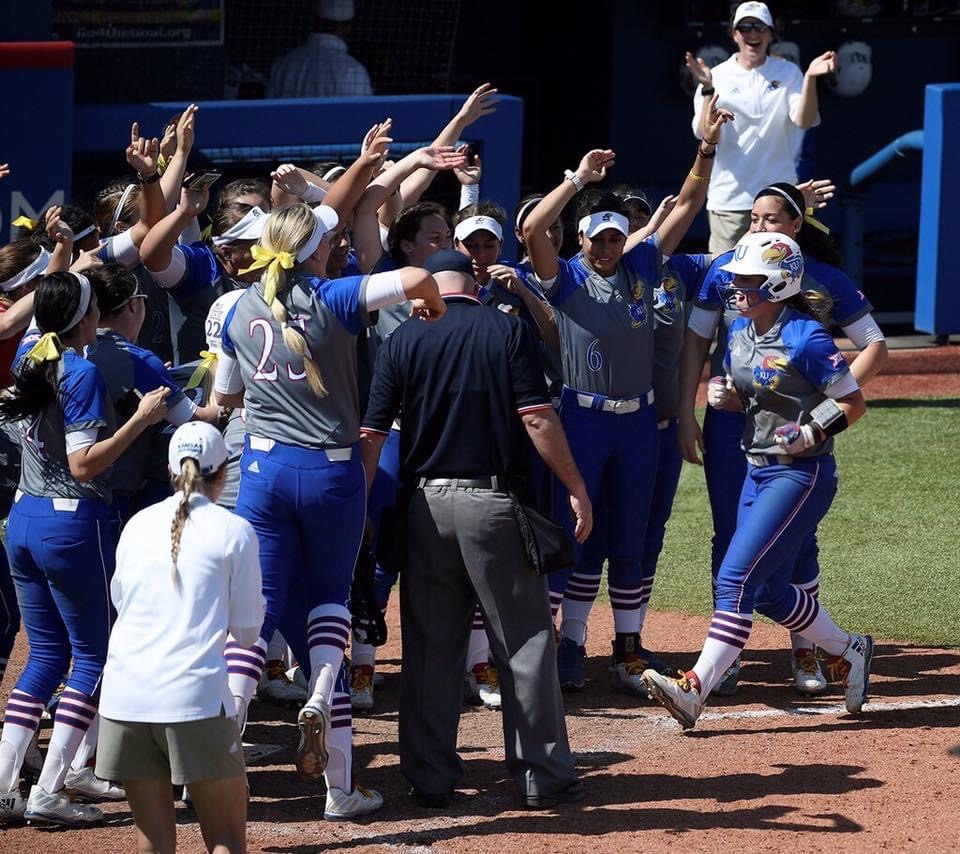 This image is from my freshman year and was taken after my one and only walk-off home run. Not only is it special because it helps me remember that moment, but there is truly no better feeling than celebrating together at home plate. Whether you’re rounding third or fighting to get out of the dugout, the rush you get is unmatched. 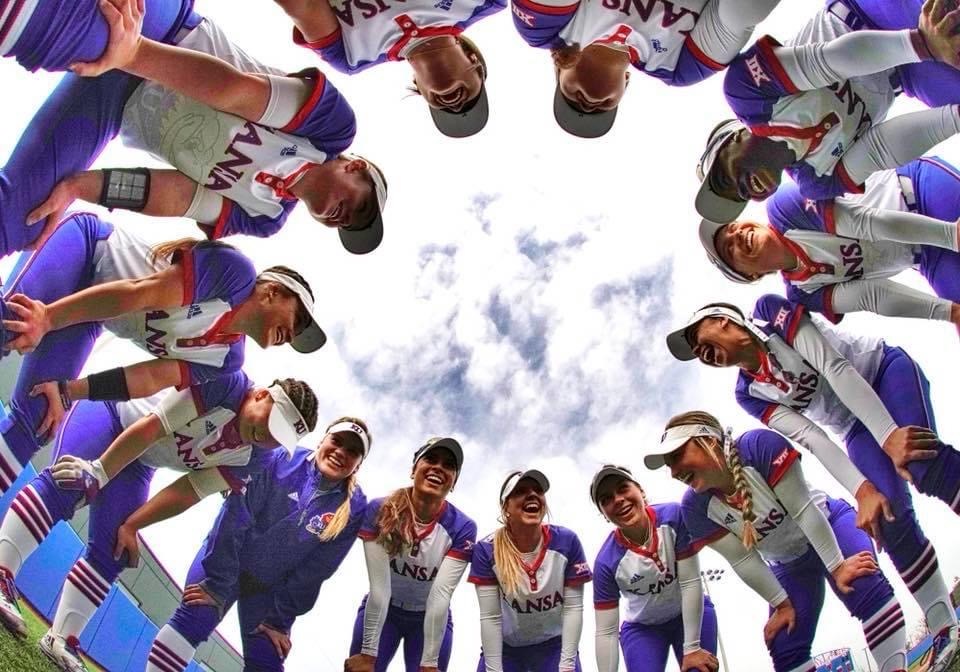 This was from my sophomore year during our visor gang, pre-game ritual. Rain, shine, at night, or during the day, I will always have a visor on if I am on that field and I’ve always been that way. But what this picture really reminds me of is all of the feelings you get before a game. Feelings of excitement and nervousness, but also an overwhelming feeling of calmness and knowing you’re where you’re supposed to be. 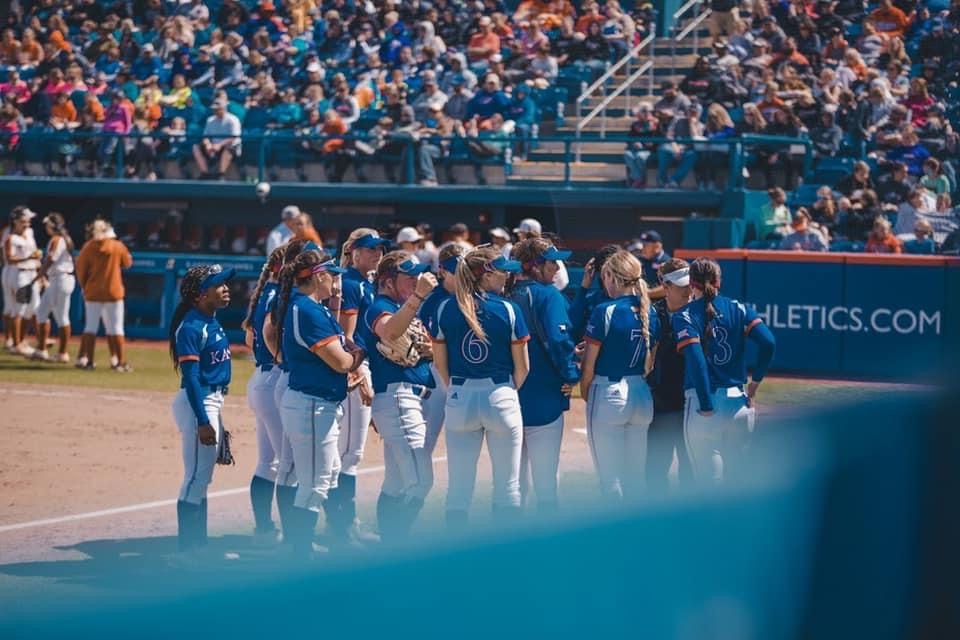 This image was from my junior year against Texas. What I love about this photo is the crowd in the background. Playing at home, at Rock Chalk Park, in front of a sold-out crowd was beyond special. Now I can’t wait to be a part of that crowd watching my girls kick some butt! 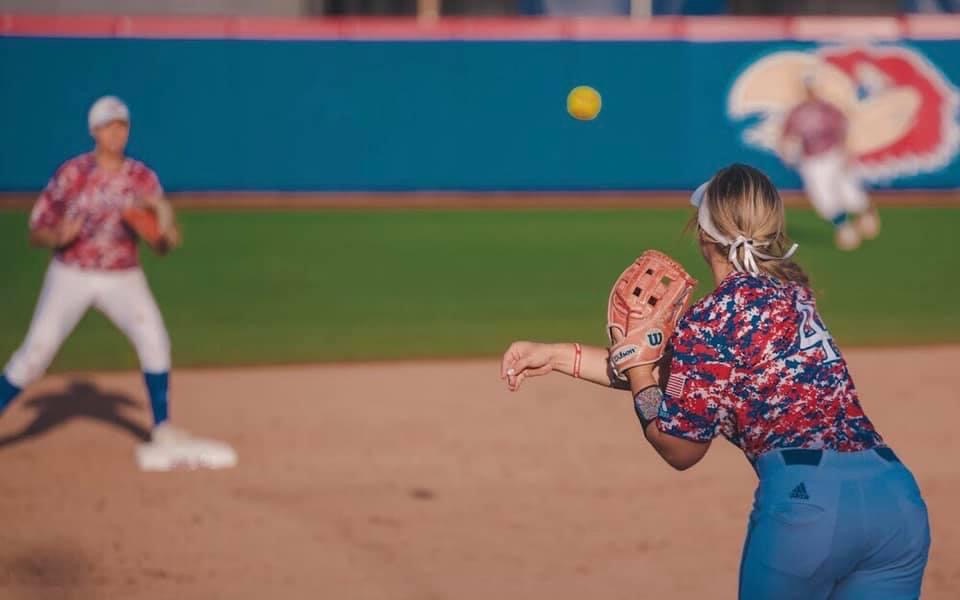 If you know me, you know my favorite part of the game is defense. I love everything about it. Those ground balls that were perfect off the bat to turn two, a hotshot backhand you barely saw, and my all-time favorite – a slow roller, slightly to my left against a slapper with a nice little run through throw to top it off. This picture represents that essence of the game. 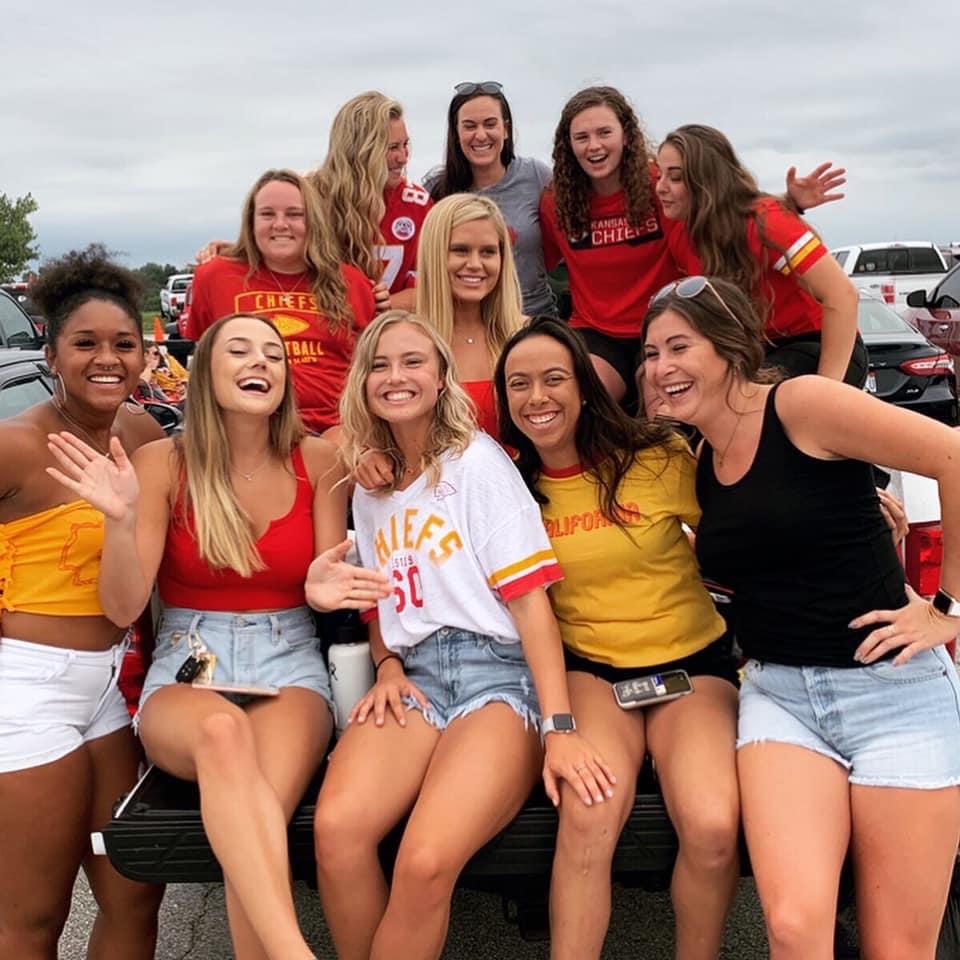 This photo is not on the softball field but represents some of my greatest memories of college. Senior year we were lucky enough to catch a preseason game of the now defending Super Bowl Champion Kansas City Chiefs! Being from KC and it being such a short drive from Lawrence, I absolutely loved showing off my city to my teammates. Whether it was a Royals game, a Chiefs game, exploring downtown, going ice skating, or riding rides at Worlds of Fun I will never forget our times in KC. 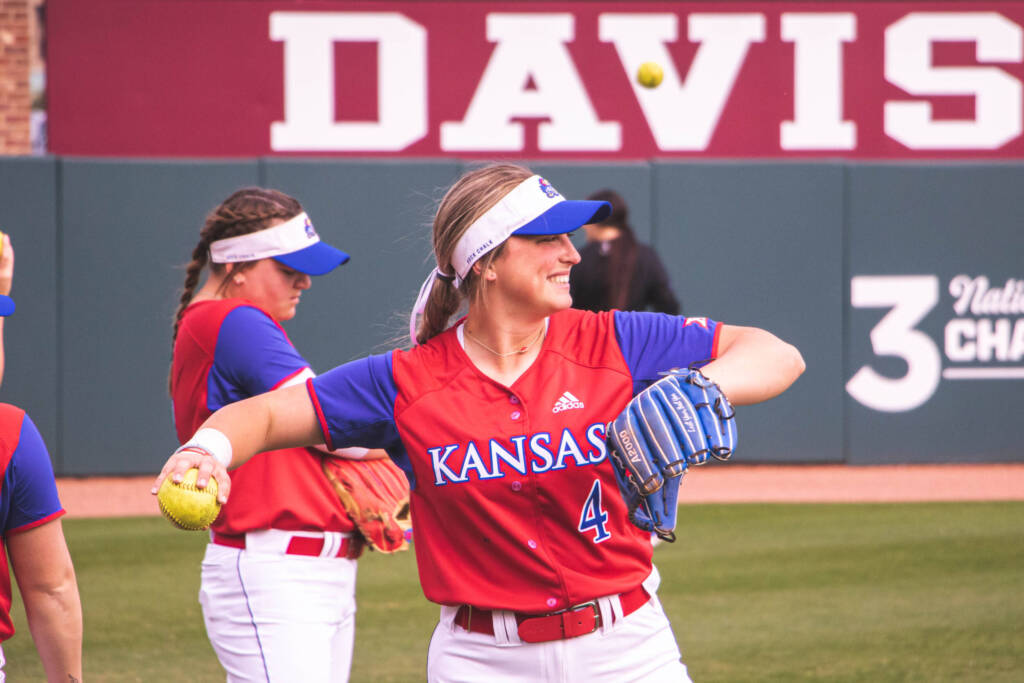 This was my senior year against Texas A&M and is one of my favorite photos because it shows the pure joy this game gave me. I’ve been around the ballpark my whole life, growing up watching my sister play and then finally being old enough to play myself. Softball has become a part of my life and has completely shaped me into who I am. The sport has been really good to me over my 22 years, so why shouldn’t I be smiling?