University of Kansas Director of Athletics Jeff Long announced the promotion of Terry Prentice to the role of Associate Athletic Director/Chief Diversity and Inclusion Officer on Friday.

Prentice, who joined Kansas Athletics in November of 2018, was previously the Assistant Athletics Director for Major Gifts, Track Administration and Diversity Initiatives. In that role he was instrumental in several Williams Fund projects, as well as helping KAI launch the Marian E Washington Trailblazer series. 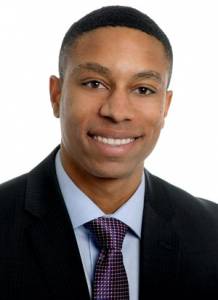 As a part of the executive leadership team, Prentice will lead the Jayhawks commitment to build a more diverse and inclusive department. Prentice will work directly with student-athletes and staff to bring about new resources, support and change initiatives. Additionally, Prentice will remain in his role as Track & Field sports administrator.

“I am extremely humbled and grateful to step into such a critical role within our department,” said Prentice. “I want to thank Jeff Long for his belief in me, as well as the rest of our talented executive staff and I am excited to work closely with them moving forward. I am ready to partner with my colleagues to engage efforts that will benefit the student-athlete experience at the University of Kansas.”

This position will report directly to the Director of Athletics while working closely with KU Leads and human resources.

While at Arkansas, from 2014-18, Prentice contributed to major campaigns, including the $160 million renovation and expansion to Donald W. Reynolds Razorback Stadium and a $10 million track and field high-performance center. He also managed several internal functions, such as football and men’s basketball priority seating and parking operations and is currently completing the NCAA Dr. Charles Whitcomb Leadership Institute.

As a student-athlete, Prentice was an All-SEC and Honorable Mention All-American decathlete at Arkansas. From 2009-12, he helped the program claim five Southeastern Conference championships in indoor and outdoor track and field and served as president of the Student-Athlete Advisory Committee.

A native of Pomona, California, Prentice earned his bachelors degree in history in 2012 and masters degree in sports management in 2014 from the University of Arkansas. Terry and his wife, Deanna, reside in Lawrence.