On Saturday, Nov. 16, the women’s soccer program set a new standard for success as the Jayhawks defeated the Iowa Hawkeyes 1-0 in the first round of the NCAA tournament. While this year marks the third time in four years that the Jayhawks have advanced through to the second round, there seems to be a different ambiance settling its way in the hearts of the players and the fans.

Although a tournament appearance itself is a major accomplishment for any team, Kansas is no longer satisfied with just that seeing its name called on Selection Monday — they are devoted to the long-overdue sensation behind a national title, the first in program history.

"This group, all year they have battled. We have won some games this year when it hasn’t been pretty and we haven’t necessarily played the way we want to but we figure out a way to win. The best teams that I have coached have been able to do that and I think this is definitely one of them."

To Coach Francis, it’s obvious and to past players, thrilling. These women and this team — they’re ready.

“It’s amazing to see the amount of talent that has come through and continues to come through the program,” Jen Silvers said, a member of the inaugural team in 1994. “To see the team be nationally ranked, go to the Big 12 and NCAA tournament….it’s amazing.  I’m so proud to say I was a part of the first team and helped pave the way for where the program is today.”

The Jayhawk community is catching on, too. The attendance Saturday night totaled 1,547 fans who came prepared for action. The contest featured 31 fouls and went scoreless for nearly 70 minutes, but the fans maintained faith and optimism throughout all 90. It didn’t go unnoticed.

"We had a great atmosphere today, thanks to all of the fans out there. Sarah is unstoppable when she is hyped up like she was. Without the fans and the backline, she wouldn’t be able to do what she does." 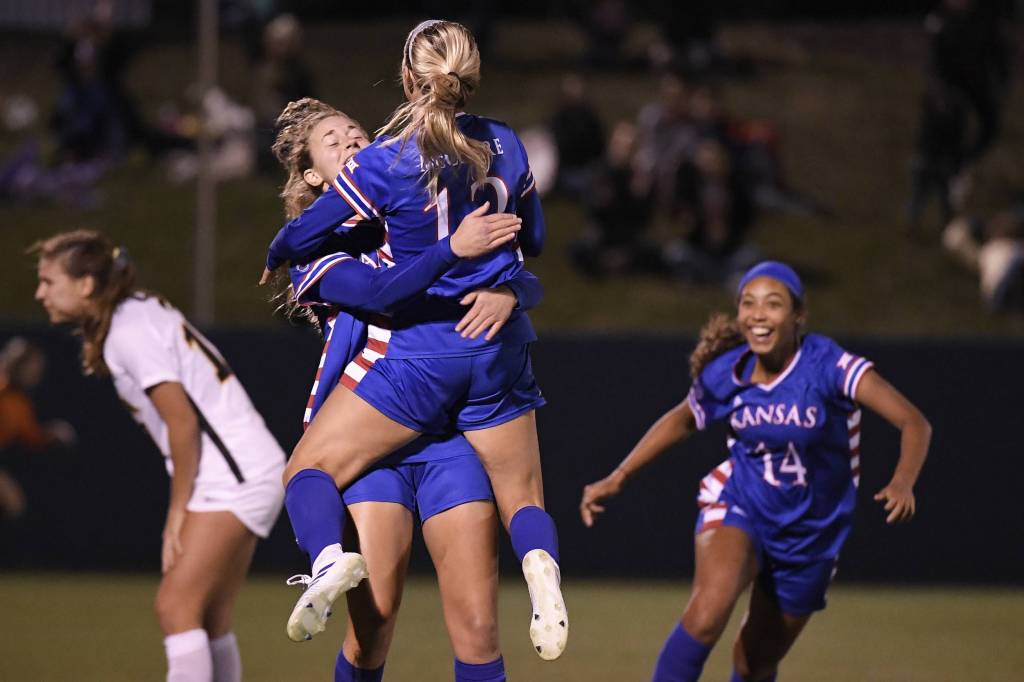 In the hearts of the players, though, is where it’s most imperative. Their confidence and their drive is what their success can be credited to. It is impossible to attend a match at Rock Chalk Park and not feel the overwhelming sense of passion through every passing second of regulation.

The Jayhawks and their hunger for success stretches the field with distinction. From McClure and the frontline to senior Addisyn Merrick defending the impressive sophomore Sarah Peters in goal, there is one thing keeping them from relinquish — a national championship trophy.

Up next, the Jayhawks travel to Columbia, South Carolina on Friday, Nov. 22 where they will compete against Big East conference champions, the Xavier Musketeers (17-3-2) for a right to play in the Sweet 16. 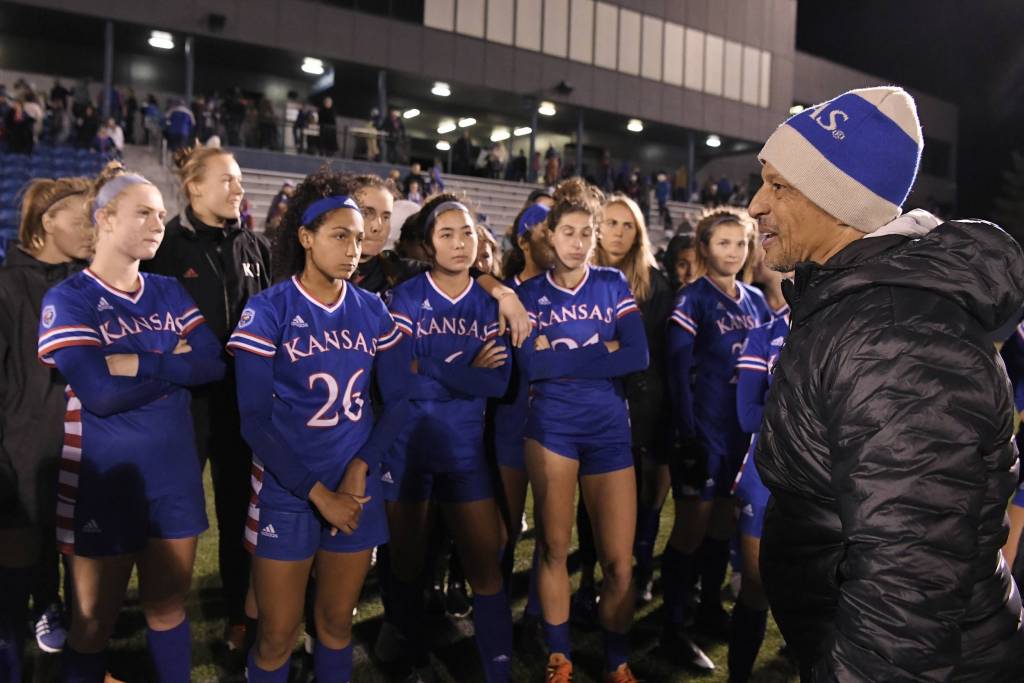 Coverage from Stone Stadium is set to begin at 2 p.m. (CT) on ESPN3 and SEC Network +. A victory would see the Jayhawks advance to the Sweet 16 for the second time in program history and the first time since 2003.