LAWRENCE, Kan. – Udoka Azubuike has always been a force to be reckoned with as a big man for the Kansas Jayhawks, but has struggled to overcome injury and adversity through his years on campus. Azubuike had season-ending injuries both his freshman and junior years, only partway through the seasons. After a successful wrist surgery last January, It was up in the air about whether or not Azubuike would return to Kansas for his senior year or enter the NBA Draft. Luckily for the Hawks, the 7-foot-0, 270-pound center decided to stay to finish out his college career and his presence has been made well-known thus far.

In the preseason, Azubuike watched the honors grow as the respect for the senior center was shown by those in the college basketball field. Udoka was named to the 2020 Citizen Naismith Trophy Men’s Basketball Player of the Year players to watch list, the Preseason Big 12 Player of the Year, Preseason All-Big 12, and one of 20 on the Kareem Abdul-Jabbar Center of the Year watch list. There is no doubt that Udoka Azubuike is one of the most respected and talented centers in all of college basketball, and he continues to prove it. 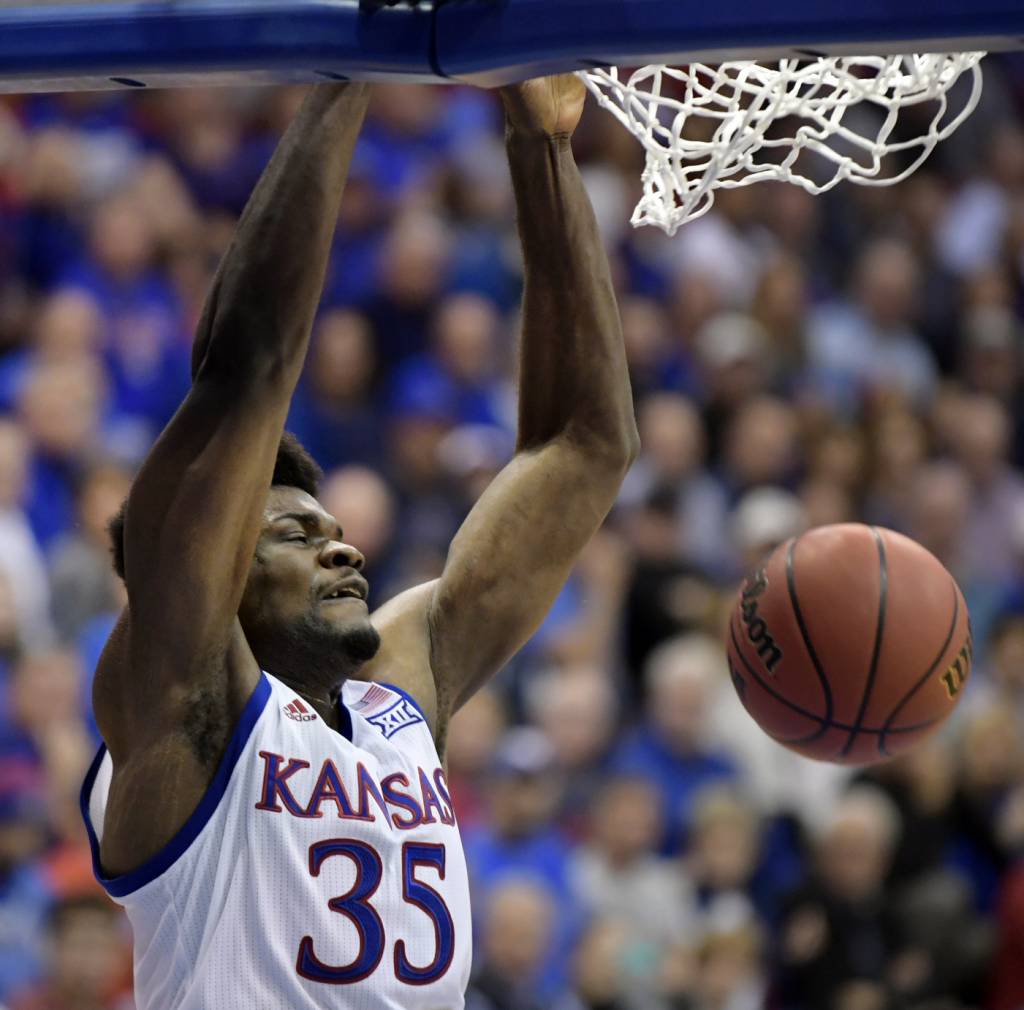 The Jayhawks secured a win in the campus round kick-off of the Maui Jim Maui Invitational Thursday night against East Tennessee State, backed by their big man’s best offensive performance so far this season. Udoka Azubuike hauled in a season-high 21 points for KU, tied his career-high with three steals, and also notched seven rebounds and four blocks. The outing marked the third time in KU’s four outings this season that Azubuike hit double-figures in the scoring column.

Azubuike was KU’s leading scorer in the game, for the first time this season. On a night where Kansas went 1-for-11 beyond the 3-point line, Udoka’s points in the paint kept the Jayhawks in the lead. 12 of Udoka’s 21 points were courtesy of the six dunks that he recorded.

“He was great. I feel like this is the first team that didn’t double him. You see what happens when you don’t double (team) him.”

Azubuike’s strength and ability down low was too much for ETSU to handle without double-teaming him, as he drew four fouls from the Buccaneers while only having one personal foul.

“I was excited. This is probably the first team that hasn’t double-teamed me since we started playing. I used that to my advantage. The guys did a good job of feeding me the ball, so I went to work,” said Azubuike when asked about his stellar performance.

Udoka’s large inside presence forced ETSU to shoot half of their 60 total shots from beyond the arc, going 9-for-30. Azubuike caused a major mismatch in the paint for the Buccaneers, as Kansas outscored ETSU 54-24 on points in the paint. ETSU ended up shooting for only a 38.3 field goal percentage in the contest. East Tennessee State’s head coach Steve Forbes had nothing but praise for the big man.

“Udoka has hands like a clamp. If he gets underneath you and you throw it up top, it’s over if we’re not there to knock it out of his hands. The best thing you can do is ‘hack-a-Shaq’ at him.” 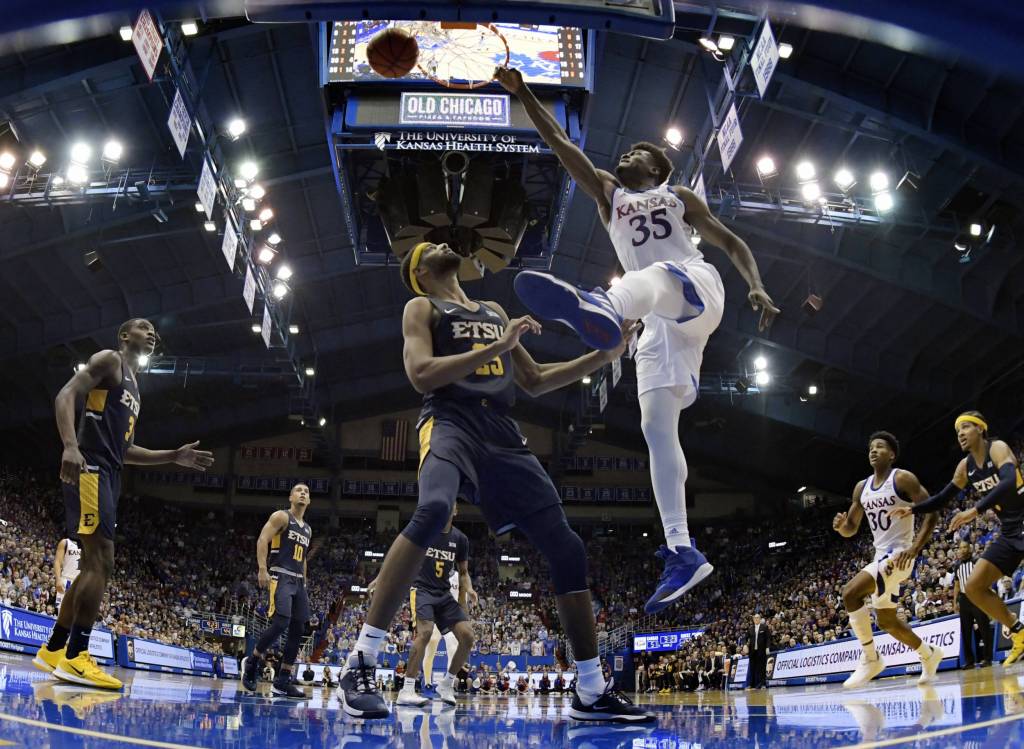 With a little over five minutes left in the contest, Silvio De Sousa substituted for Azubuike, recording six points and two blocks, shifting the momentum swing back to Kansas. De Sousa stepped in big for Kansas when Azubuike needed a break.

“I think he was great. I got tired, he came in and brought the energy. He pretty much helped us win the game, basically,” said Azubuike about Silvio De Sousa’s performance at the end of the game.

The Jayhawks will travel to Maui to take part in the Maui Jim Maui Invitational next week, where they will face Chaminade on Monday, Nov. 25 at the Lahaina Civic Center.