In 1974, a local California product from San Jose named Raymond committed to play basketball for national power UCLA, coached by future Hall-of-Famer John Wooden. Like many freshmen in Wooden’s system, Raymond’s impact on the stat sheet was marginal, averaging 1.9 points and 0.7 rebounds per game. His services were not really needed, as the Bruins romped to a 28-3 record behind a lineup flush with future NBA players. UCLA captured its ninth-straight Pacific-8 regular-season title and its 10th national championship in 11 years. After this season, the then-64-year-old Wooden stepped down from his post, leaving behind a legendary legacy.

UCLA’s winning ways did not end with Wooden’s retirement. Despite playing for three coaches over the course of his four-year UCLA career, including the aforementioned Wooden, Gene Bartow and Gary Cunningham, Raymond won all four of his conference races, extending UCLA’s regular-season conference championship streak to 12. A double-digit scorer his senior year, Raymond was selected in the first round of the 1978 NBA Draft by the Golden State Warriors. With his first dribbles on the hardwood in Oakland-Alameda County Coliseum Arena, Raymond Townsend supplanted his place in history as the first NBA player of Filipino descent.

The year after Townsend’s graduation would see UCLA push its conference championship streak to a number that has been burned into the minds of both Kansas and college basketball fans. Led by Cunningham, the Bruins streaked to a 15-3 Pacific-10 record to laid claim to their 13th-straight regular-season conference championship. To everyone’s surprise, Cunningham stepped down after two years as head coach of UCLA to pursue a career in athletic administration. Even when measured against a group that includes what some consider the greatest basketball coach of all time, Cunningham holds the highest winning percentage of all UCLA basketball coaches. 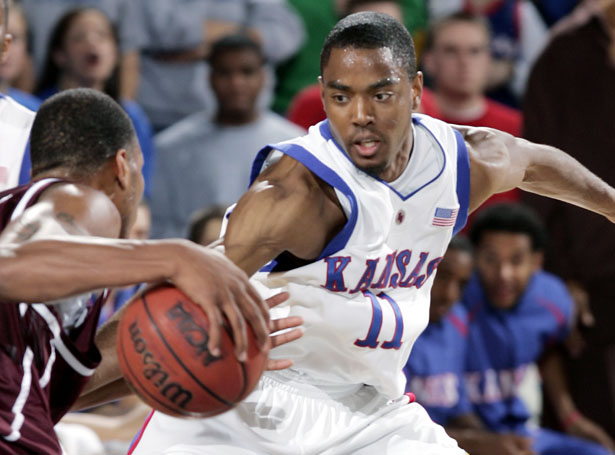 UCLA looked to the professional ranks for its next coach, hiring Denver Nuggets head coach Larry Brown. His first season in Westwood saw the program finish lower than first in the conference race for the first time in 14 seasons. After two seasons, he bolted for a two-year stint with the New Jersey Nets before arriving in Lawrence. Throughout his five seasons at Kansas, Brown won one regular-season Big Eight championship. On his staff that season was a graduate assistant fresh off of a four-year playing career at Oklahoma State, Bill Self.

“I knew about it because my brother was on a team with Wooden,” Townsend said. “He played at UCLA, so he was part of that 13, he won four of those 13. I knew the streak from when he played in the 70s, when he graduated.” 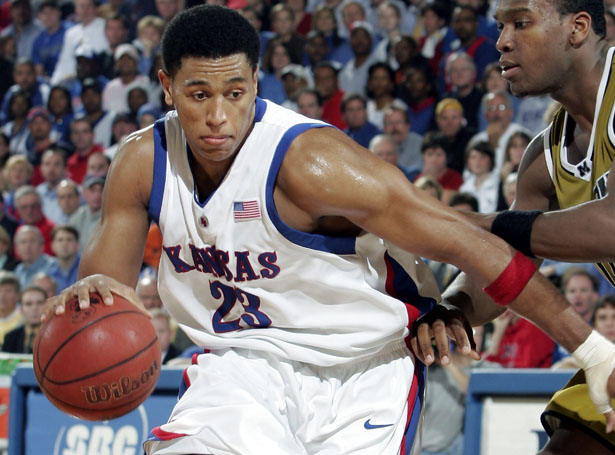 “Even though there was an expectation to compete for a national championship every year, there are obviously rungs in the ladder to achieve that kind of success,” former KU player Wayne Simien (2001-05) explained. “The first was the preseason tournaments that we played in; we wanted to compete well and win these. The second one after that is the conference championship, so that’s something we took very seriously. We knew if we took care of business by competing well in the conference championship then we’d always set ourselves up to compete for a national championship.”

Simien and his teammates helped secure the first conference championship in 2005, a shared title with Oklahoma. Many consider the highlight of that run to be a late-season, top-10 primetime showdown with then-No. 4 Oklahoma State in Allen Fieldhouse. Kansas eked out an 81-79 victory in an instant classic that saw both teams combine for 62 percent shooting. The win halted a three-game losing streak for Kansas and maintained its top spot in the Big 12 standings. Simien’s 32 points and 12 rebounds led the way for the Jayhawks.

“As a player, those memories are still really fresh. I appreciate that one because we led the conference race most of the year and toward the end we let a couple of games slip away from us,” Simien said. “We played against Oklahoma State, which is Coach’s alma mater, on national television, which really hyped the stakes and we were able to come away with (the win).”

The following year, and every year after that, the team has broken its first huddle of the season chanting, “Big 12 Champs.” This has maintained the ideology that to ultimately win the national championship, you must take your conference first. From a bigger-picture standpoint, the keys to winning the Big 12 is actually quite simple, at least, according to Simien. 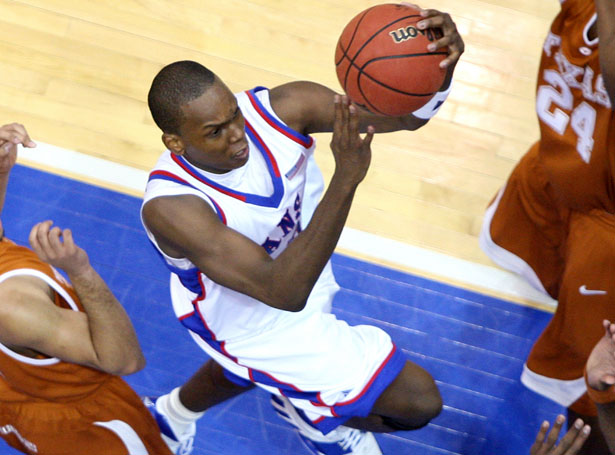 “We’ve known that the key to winning the Big 12, which is a formula that Coach Self has laid out, is you don’t lose at home and you have to go away or on the road and steal wins in places like Stillwater, Morgantown, Austin and Ames,” Simien added. “That is really difficult to do.”

Such a simple formula belies the complexity of successfully navigating the Big 12 every year. Though Kansas has not had a consistent challenger who has exchanged blows with KU each and every year, eight different programs have either shared a title with Kansas or finished in second during the streak. Thus, the Big 12 has provided an annual puzzle for the Jayhawks to figure out. Kansas has had to defend its title against a wide array of teams with differing strategies and plenty of strong home court advantages. The need to adapt each year, if not each week, to a conference as deep as the Big 12 is what truly makes the streak so impressive.

“I think that’s what makes the Big 12 the best basketball conference in America,” former guard Tyrel Reed (2007-11) said. “You never know who’s going to be good that year; if there’s going to be six, seven, or eight teams vying for (invitations to) the NCAA Tournament. I think that speaks to the quality of teams in our basketball conference and how hard it is to win.”

In addition to the external challenges of winning the Big 12, Kansas has faced hurdles internally as well. Several seasons have forced Kansas to reload, replacing significant minutes with unproven players whose only known qualities were their potential. One of those years, the 2008-09 season following Kansas’ fifth national championship in program history, saw KU replace its entire starting lineup. With junior Sherron Collins and sophomore Cole Aldrich as the only returners with significant experience, there was plenty of reason to believe that one of the three teams picked ahead of KU in the preseason Big 12 Coaches Poll would end Kansas’ title streak at four. Instead, the Jayhawks outperformed expectations and took the title with a one-game cushion. Townsend remembers that conference championship fondly. 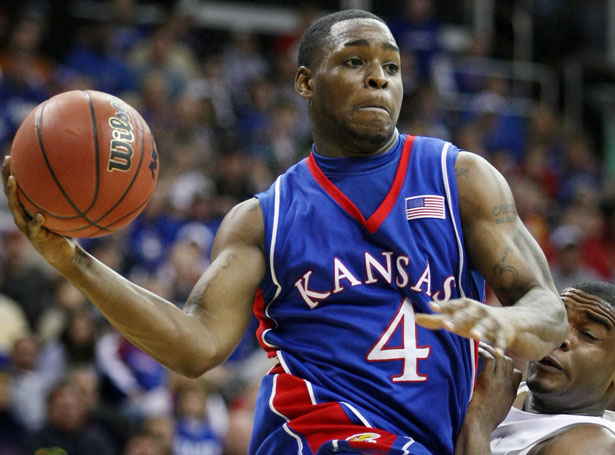 “That (2008-09) was a year where we kind of lost everybody,” he recalled. “All we had coming back who played a lot were Sherron and Cole. Everybody thought, ‘This is the year everybody’s going to get them.’ That one was great.”

Everyone seems to have their favorite conference run; with 12 of them it’s easy for someone to pick a different one as their most memorable. Reed, who was one of the players who stepped up to contribute to the 2008-09 conference title, lists his senior season (2010-11) as the one that sticks out to him the most. Midway through the season, the team found itself playing for something greater than basketball, as Thomas Robinson suffered the tragic loss of both of his grandparents and his mother within a month. The closeness of that particular team and the emotions of that season are memories Reed will never forget.

In addition to the championship that started the streak, Simien also appreciates the 2011-12 season, which included the overtime victory over Missouri that served as the conclusion to the Border War and proved to be the difference in the final conference standings. Both Townsend and current senior guard Tyler Self have last season’s conference race fresh in their minds, one which Kansas had to battle its way back into first place.

“The one that sticks out to me the most is this past year,” Self said. “We got down two games in the conference season and it wasn’t looking too good. We rallied together, finished strong and ended up winning it by a couple games.”

Heading into the 2016-17 conference season, Kansas remains one title away from tying UCLA’s record, set from 1967-79. While all Jayhawks are family, the conference streak is another bond that connects players across multiple generations. While they all may have had different paths to achieving this milestone every year, the same principles have been applied every year to sustain an astronomically high level of success. 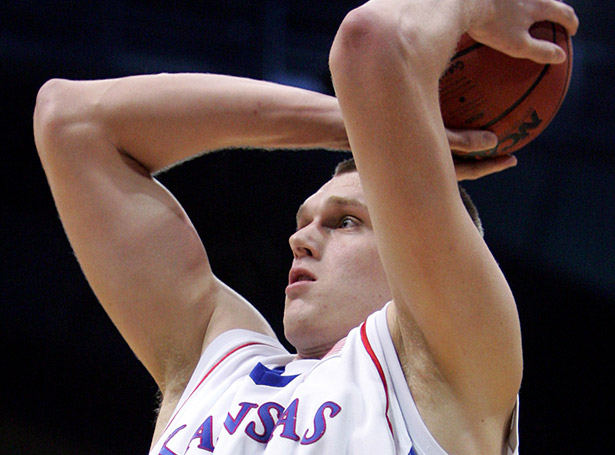 “I think it’s a testament to the great players they recruit and also the great coaches that they are,” said Reed. “Each and every year they bring something new and fresh to the table. Another nice thing is having the same coaches that we’ve had for a while; they understand how to scout different teams. Coach Self is, in my opinion, the best coach in the country.”

This year Kansas fans have seen, yet again, Self adapt his strategy to position his team to be its most successful based on personnel. Famed for his inside-out offense, Self has committed to using more four-guard lineups, running more of the offense through the wings and making the 3-pointer a larger part of the team’s offensive arsenal. Townsend understands Self’s flexibility is a significant component of his success and believes the team is playing the way that will give them the best chance for conference title number 13.

“He just figures out what the pieces are and then, like a puzzle, tries to figure out what’s the best way to plug them in that will give us the best chance to win,” Townsend said. “This year it’s guards, so we’re really guard-oriented and hoping the big guys can give us what they can give us and play to their strengths. He’s excellent in that.”

Thirteen-consecutive conference championships would affirm Kansas’ status as a basketball blue blood, if 12 didn’t already do the trick, and set a new standard for consistency in modern college basketball. For those who participated in the streak, 13 would be an achievement to be proud of, but also one that is humbling. Over the course of 13 seasons, there are a lot of contributors and it is hard to feel like anything more than just a small piece of the streak.

“I think it’d be great for Coach Self because he is for sure a Hall of Famer, one of the best coaches I’ve been around,” Townsend said. “It’s a credit to him because even though the players are different, his expectations never change. He finds a way to put who we have together in a way that we can be the best team in the league.” 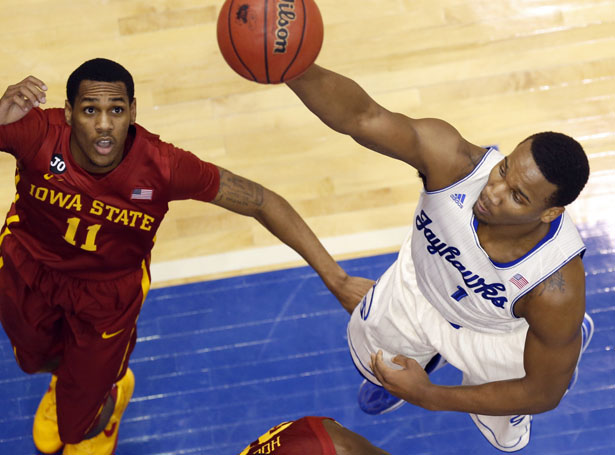 No matter how long the streak lasts, its impact will not be contained to the years it occurred. Like UCLA’s 13 before it, Kansas’ streak will be interwoven throughout college basketball’s history and future, providing a bridge between multiple generations of players and coaches.

“It would mean that I played for a University with fantastic tradition,” Reed said. “It started before I was there, I was in the midst of it, and this goes back to Phog Allen and those guys and being one of the greatest basketball schools in the world. Starting with that streak before I got there, playing with some awesome guys to continue that streak and now great young guys playing and doing the same. It’s pretty amazing to have that type of success.”