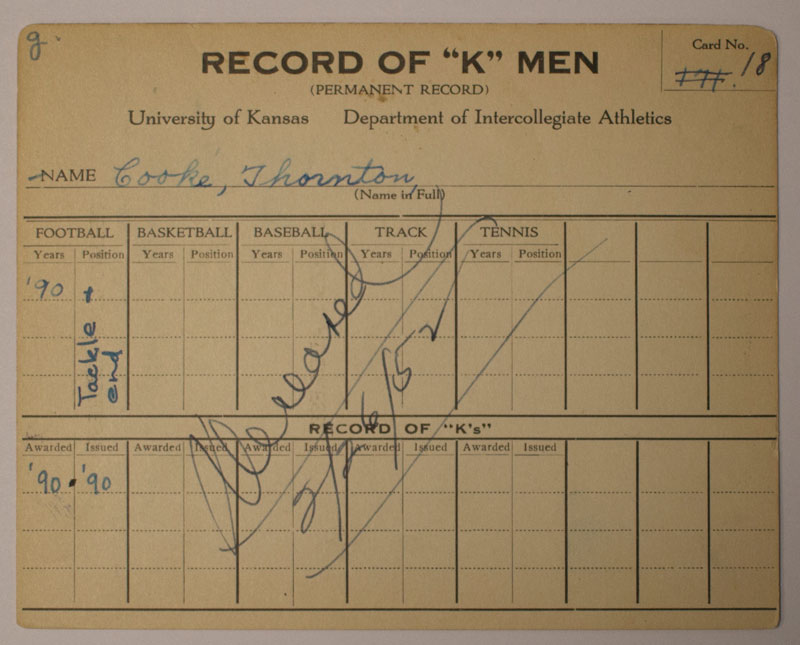 As head coach David Beaty and the team look to begin the 126th season of varsity football at the University of Kansas, let’s take A Look Back at one of the first football lettermen, Thornton Cooke.  Issued “K” Men record number 18, Cooke played tackle and end for the 1890 Jayhawkers (as they were called in the early days of varsity athletics), who went 1-2 on the season, defeating Baker University.

KU played the 1890 season under the leadership of team captain H.A. Peairs, as it did not have a coach until the 1891 season.