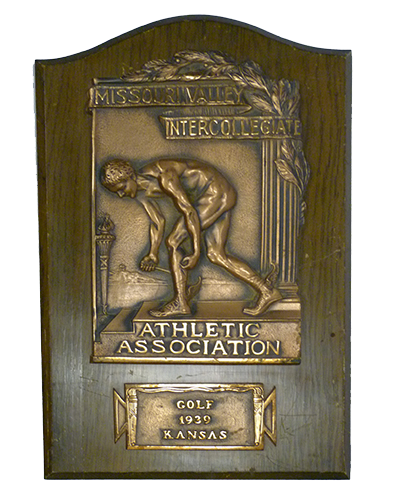 This week’s Look Back features the 1939 Men’s Golf Missouri Valley Intercollegiate Athletics Association (MVIAA) Championship plaque. It carries the MVIAA name because although the original MVIAA member schools split into two conferences in 1928 and the larger group of six schools became colloquially known as the “Big Six” and later the “Big Seven” (with the addition of the University of Colorado), they retained the MVIAA name for formal purposes until the name “Big Eight Conference” was legally adopted in 1964 with the addition of Oklahoma A&M (Oklahoma State).