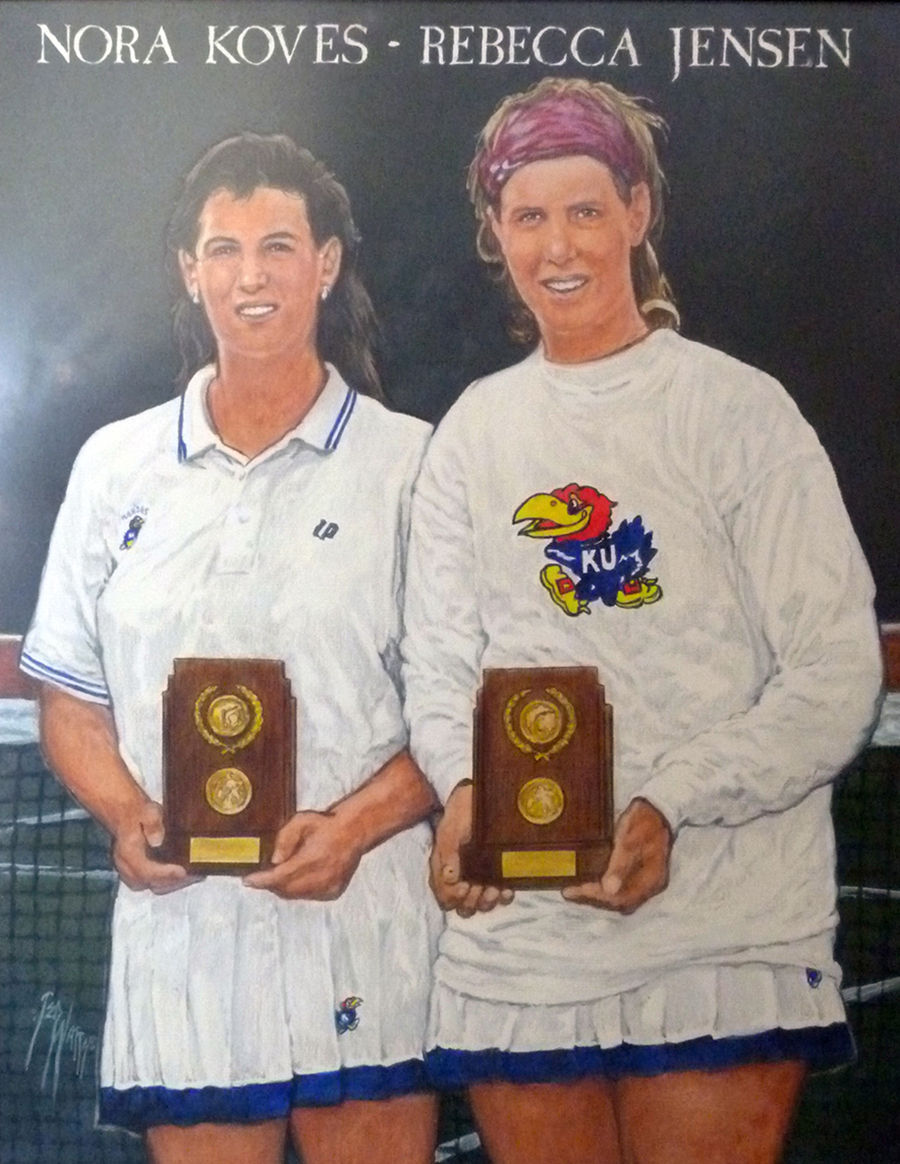 The duo paired up in 1993 and won the Big Eight No. 1 Doubles Championship, but lost in the NCAA Quarterfinals that year.  The next season, they came back with a vengeance, defeating a duo from Mississippi to take home the NCAA Doubles title.  For their achievement, the pair was inducted into the Kansas Athletics Hall of Fame; the artifact presented here is their original Hall of Fame portrait, painted by Ted Watts.