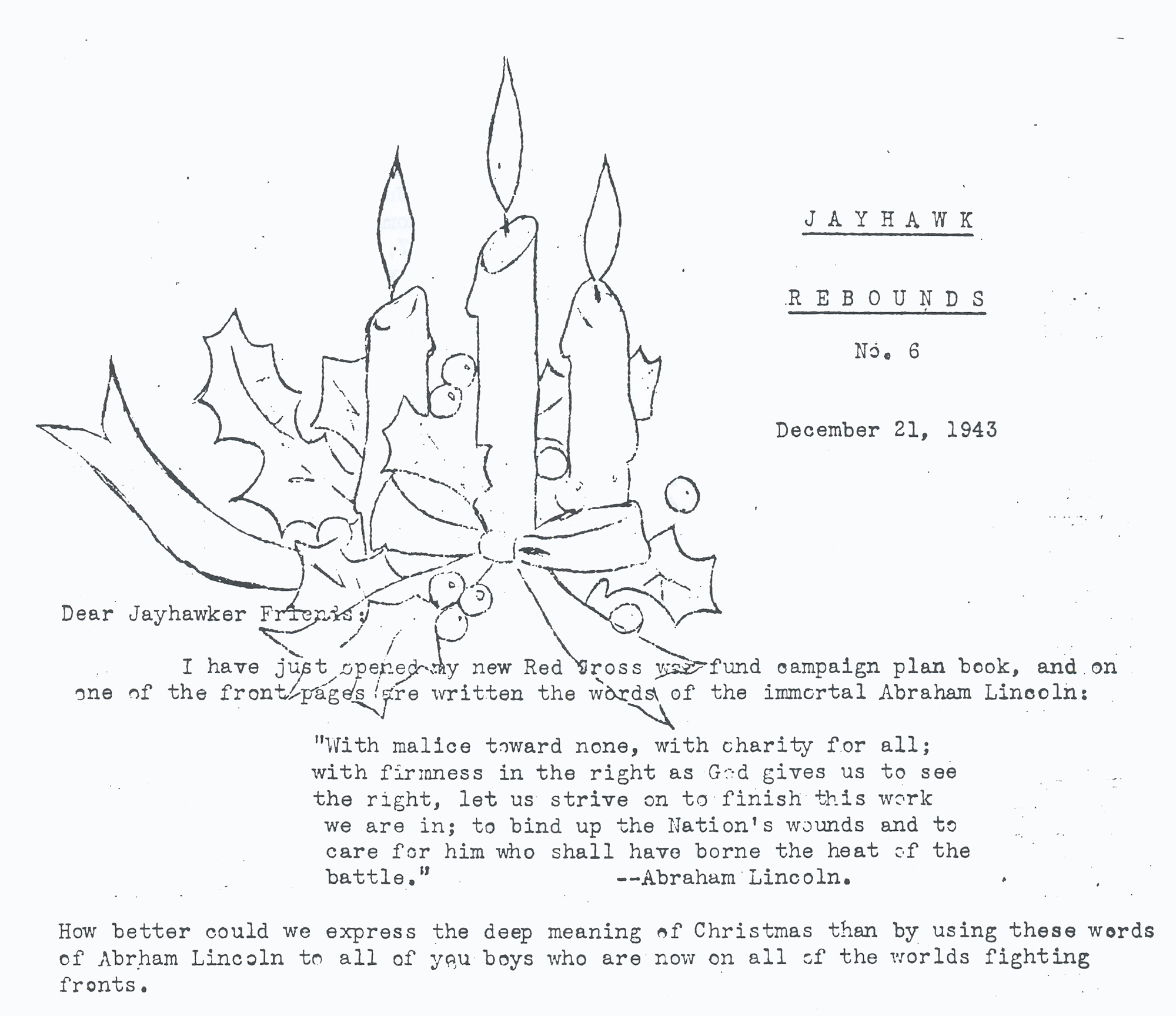 Long before the days of instant, in-game updates via social media and issues of “Rock Chalk Weekly” kept Jayhawks around the globe in touch with Kansas Athletics, former head coach Phog Allen compiled a newsletter approximately every two months that was sent out to former athletes stationed across the world during World War II.  Let’s take A Look Back at “Jayhawk Rebounds” issue No. 6, from December 21, 1943.

This particular issue of the newsletter served the usual purpose of keeping Jayhawks up to date with the goings-on of other Jayhawks, including current military stations, marriages, births, and of course, an update on the current Kansas basketball team. It also shared Christmas greetings and wishes that soon “you will be back with us and re-live many of those wonderful days that you spend [sic] here on Mt. Oread with us and your many, many friends.” Allen received these greetings from places such as Maryland, Texas, California, Britain, Italy, the Pacific Theater and North Africa, which he compiled so that all “in turn will know [each other’s] addresses and be able to communicate … if you so desire.”

A collection of copies of “Jayhawk Rebounds” dating from April 1943 through August of 1945 were provided to Kansas Athletics and former players from the Don Blair family at the 105th Kansas basketball reunion in 2003.