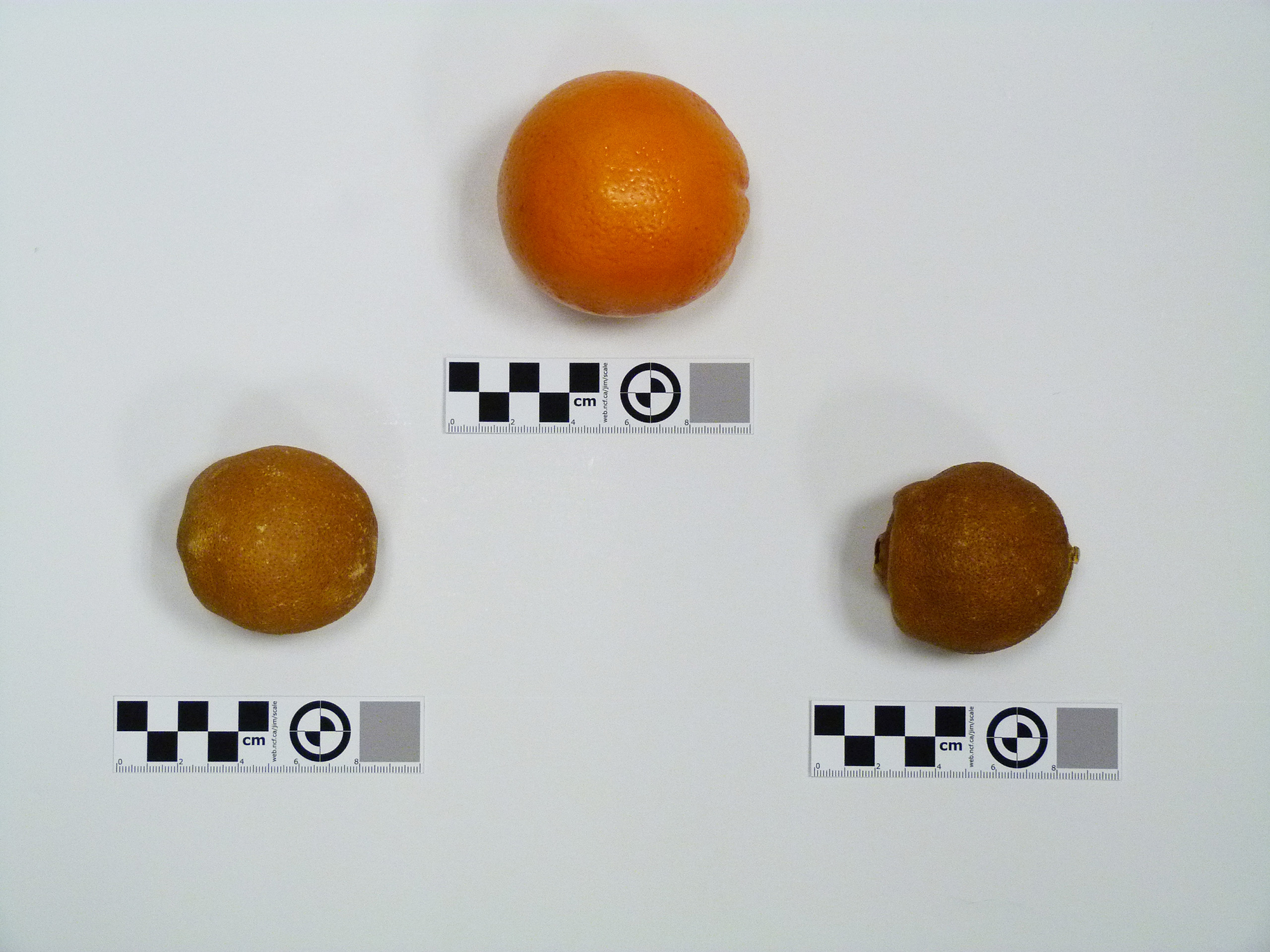 To extend this past weekend’s celebration of the 10th Anniversary of the 2008 Orange Bowl victory one more day, let’s open the year by taking A Look Back at a unique player souvenir.

At the end of the game, the team received the Orange Bowl trophy, the top piece of which is a glass bowl that was filled with fresh oranges. Redshirt junior linebacker Mike Rivera (#40), who tallied 12 tackles and one quarterback sack in the game, received two of those oranges and has kept them for nine years! His two oranges are photographed with one of the plastic oranges that currently fill the Orange Bowl trophy in the Booth Family Hall of Athletics. The desiccated oranges have shrunken and darkened, and feel very similar in both texture and weight to the all-plastic orange.