RCW: A Model of Consistency 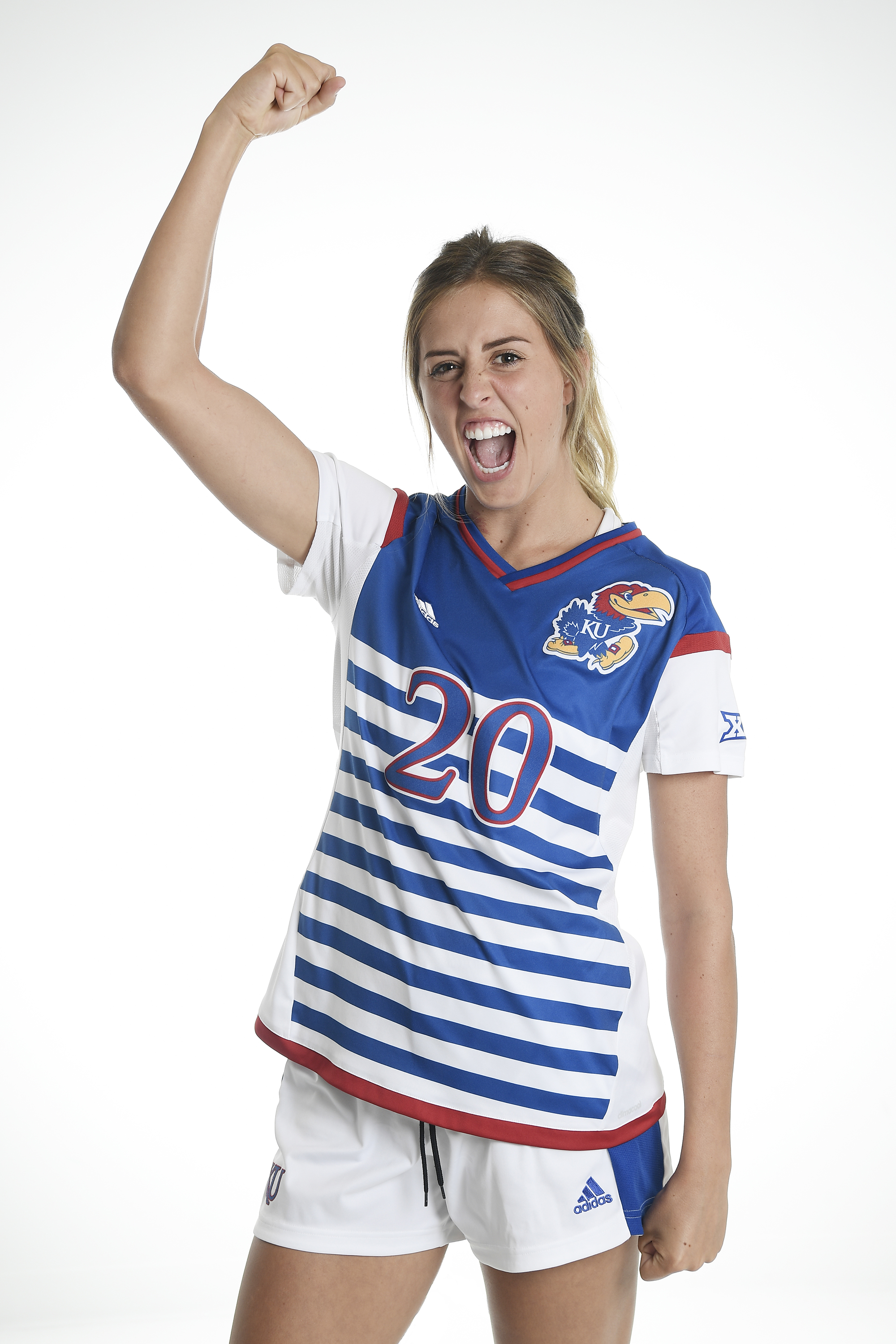 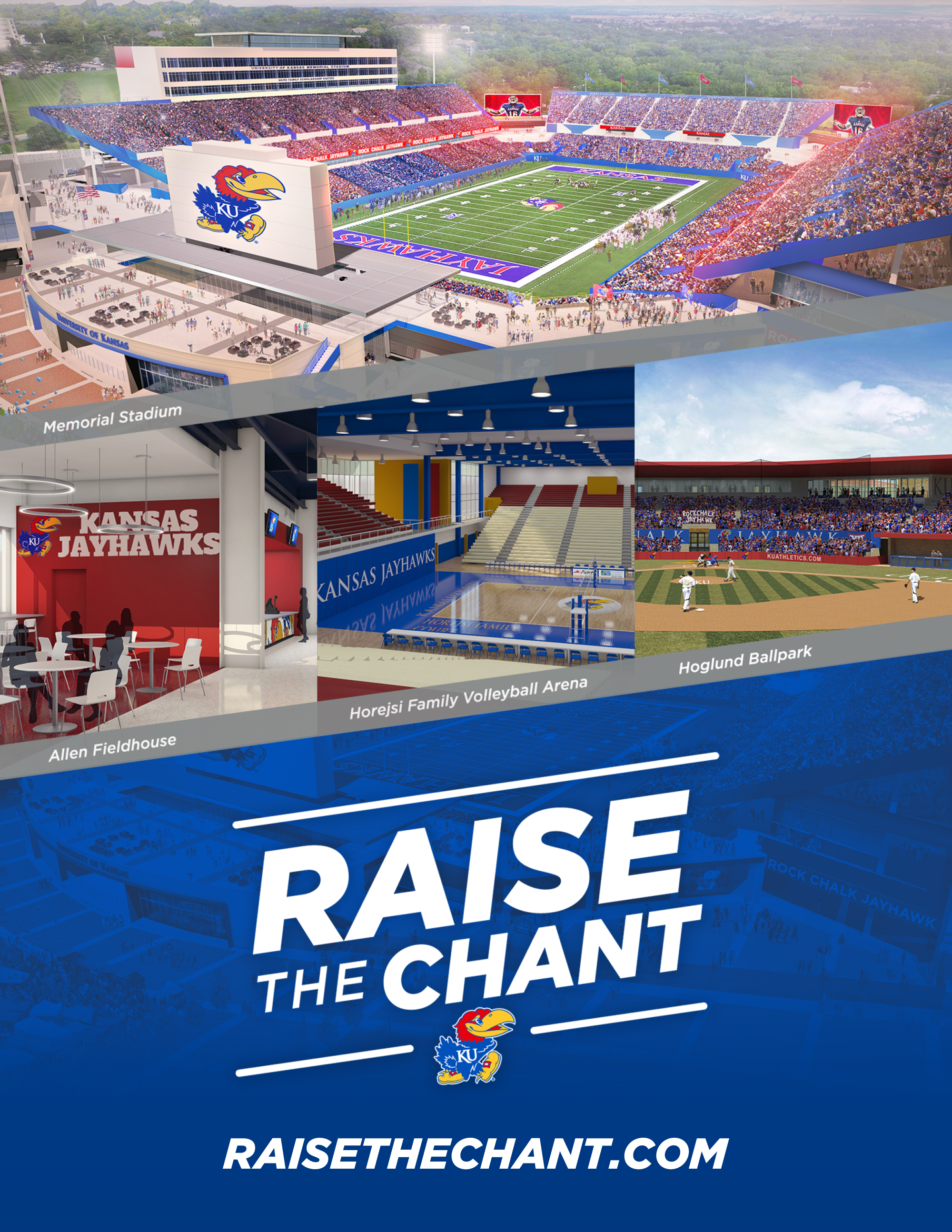 Senior Kayla Morrison throws a strike for the first pitch at KU Day at the @tbonesbaseball game! #rockchalk #KUsoccer pic.twitter.com/78PGMwMcrZ

With an impressive streak of 77-consecutive matches started for the Jayhawks, senior Kayla Morrison has been a strong presence for the back line of the Kansas soccer team for four years. Equally as impressive, she has over 2,780-consecutive minutes played without coming off the field. Athletic records and feats of endurance like Morrison’s current streak is deserving of admiration by not just soccer or Kansas fans, but enthusiasts of all sports around the country.

“It means a lot to me because it shows the coaches have faith in me out on the field,” Morrison said of her consecutive-matches streak. “It shows that I can give something that our team needs, how much I want to win and how much I rely on the team as much as the team relies on me. It is a balance of give and take, so it means a lot to me.”

The Kansas record of consecutive-games played is 82, held by Estelle Johnson (2006-09) and Afton Sauer (2004-07). Morrison is well within reach of breaking the program’s all-time mark of consecutive games played. Even with her monumental achievement in sight, Morrison’s full attention rests on the accolades her team is pursuing.

“I don’t really even see it as breaking a record,” Morrison said. “That’s not the coolest part. I think the coolest part is just being able to say that I contributed to my team the best I could every time I stepped out onto the field. I think that means more to me as a team victory than as an individual victory for myself.”

Not only does Morrison start each match, it is rare she even comes out. The last time Morrison was subbed out was for a 13-minute rest during the first half of Kansas’s 2-1 win over Valparaiso on September 4, 2016, nearly 2,800 minutes or 25 games ago.

“I think that means I just have to keep working hard because I don’t want to be subbed out,” Morrison explained. “I want to keep playing and I want to keep contributing every minute, every second that I am out there. I think it is more of a pressure than an accomplishment because I think it means I just have to keep doing as well as I can and being the best player I can be.”

Morrison believes no one can accomplish a competitive streak without help from others; as a result, she attributes a lot of her success to outside factors. Morrison credits both her coaches and teammates along the way with helping her become the player she is today for the Jayhawks.

“Well, a lot hard work,” she continued with a laugh.

“A lot of decisions (come) from the coaches. I’m sure they have had to make a lot of tough decisions, especially starting our freshmen. I think it (her own accomplishments on the soccer field) is a little bit of everything and I think I can be more thankful for that,” she explained.

Kansas soccer head coach Mark Francis is in his 18th season with the program. Francis has coached 69 players to all-conference accolades, including six All-Americans. Having coached so many fantastic student-athletes during his time in Lawrence, his sentiments toward Morrison are that much more powerful.

“She has been awesome,” Francis said of his senior captain. “She is obviously a great player but she is a very, very good leader and kind of leads the team in terms of when things are not going well. She regroups people and I feel that if things need to be adjusted, she’s that kind of player who does that for us. So to have her on the field is great.”

While recruiting her in California, there was never a doubt in Francis’ mind that Morrison would turn out to be the player she is today. His only question, as it is with every recruit, is how long it would take her to get there.

“I knew she would be good, I think that is why I recruited her,” Francis said with a grin. “With freshmen, you just never know how quickly they are going to get assimilated into the college game. She kind of jumped out and she started her freshman year.”

While Francis never doubted the impact Morrison would have on the Kansas soccer team, Morrison herself was unsure what kind of impact she would bring to the program. Even though she was unaware of what her role would be on the team, she put her ego aside to do anything she could for the squad.

The importance of a senior leader is vital to any team, but especially for one that has transitioned the way the Kansas soccer team has the past year with new players coming into and out of the lineup due to the youth of the back line. This year’s team has eight true freshmen, almost a third of the team, and the three defenders Morrison lines up next to are sophomores or younger. Her leadership and consistency have been vital this season, truly helping Francis and his assistant coaches feel more confident about their team going into games.

“We graduated two starters out of the back last year, so having her and Addiysn Merrick both back there to help with the new kids is huge for us,” Francis said. “Addi started for us last year and (with) Kayla having three years of experience, having those (two) players there to help the new kids is huge for us. I think Kayla and Addi both have been very good about giving them information.”

Morrison doesn’t impact the team in just one specific way. She is a strong defender as well as a leader on the field, especially when it comes to the lack of experience on the back line each minute of every match she plays. Francis sees Morrison’s strong level of consistent play not only this season, but throughout her four years at Kansas as the most important impact she provides the team.

“She consistently has been on the field playing at her very best, game in game out,” Francis explained. “Very rarely at the end of the game do you say, ‘Kayla wasn’t very good today.’ She may not always be at the very top of her game, but she is still able to do her job and do it very well.”

With the season quickly coming to an end, having only six regular-season games remaining, the time is near for postseason accolades to be awarded. Morrison and Francis are not worried about awards, however, as they both are focused on the team finishing out the regular season strong. The Kansas soccer team currently has an overall record of 6-6-2 with a record of 1-2-1 in conference play. Currently, Kansas is seeded near the bottom of the eight teams that make the Big 12 conference tournament giving more of an obstacle to advance in the tournament, which in the end makes it harder to get into the NCAA tournament.

Morrison was named All-Big 12 Second Team last season, an honor voted on by the league’s coaches. Both player and coach know the level of importance to the program that would come with Morrison receiving more honors this year.

“I think it would be very special to me, but also to the program to show that Kansas can hang with the ‘big dogs,'” said Morrison.

Francis gave a similar answer about his star defenseman.

“She definitely is someone who deserves those types of things. The way she’s playing right now and the consistency she’s been playing (with), I think she is deserving of some of those. If she keeps playing this way, I guess we’ll see, but (she is) definitely a player who deserves it based on what she’s done so far.”

Morrison has had quite the four seasons as a star defender for Kansas. With the help of some postseason success for Kansas, Morrison is on pace to break a remarkable all-time record of consecutive games played. The consistency level at which she has played for all four years of her collegiate career has stood out to her coaches, teammates and Jayhawk fans. She has been a strong leader for her young teammates, helping guide their development. Morison’s records, consistency, and strong leadership as captain show exactly how much she means to the Kansas soccer team and why she deserves to earn postseason accolades. Morrison achieving the all-time record of consecutive games played would be a tremendous accomplishment, but it would be that much more special if she and her teammates were holding trophies come season’s end.