Spears – KU sophomore Shaylyn Stallbaumer was framed by two racks of javelins as she stepped into a throw during the women’s competition at the Big 12 Outdoor Track & Field Championship at Rock Chalk Park on Friday, May 12.

Mom and Dad – After finishing third in the men’s 10,000-meter run at the Big 12 Outdoor Track & Field Championship, junior Chris Melgares was quickly greeted by his happy parents, Pat and Susan, at Rock Chalk Park on Friday, May 12.

Heavy Rail System – A special rail system allowed officials to send 16-pound shots rolling down an incline gathering enough speed to carry the implement back up another incline into a holding area during the men’s shot put competition on Saturday, May 13, at the Big 12 Outdoor Track & Field Championship at Rock Chalk Park.

Braided – During the shot put competition of the women’s two-day, seven-event heptathlon, a braid of KU’s Talia Marquez flew over the eyes of the junior making it hard for her to see her effort. Fortunately, coach Stanley Redwine and assistant coach Andy Kokhanovsky were watching on Friday, May 12, during the Big 12 Outdoor Track & Field Championship at Rock Chalk Park.

Giving Thanks – Matt McLaughlin raised his arms in thanks after scoring the go-ahead run in the seventh inning of the Jayhawks’ 6-4 victory over Kansas State on Saturday, May 13. Earlier in the inning, the junior doubled to drive in three runs to tie up the game inside Hoglund Ballpark. 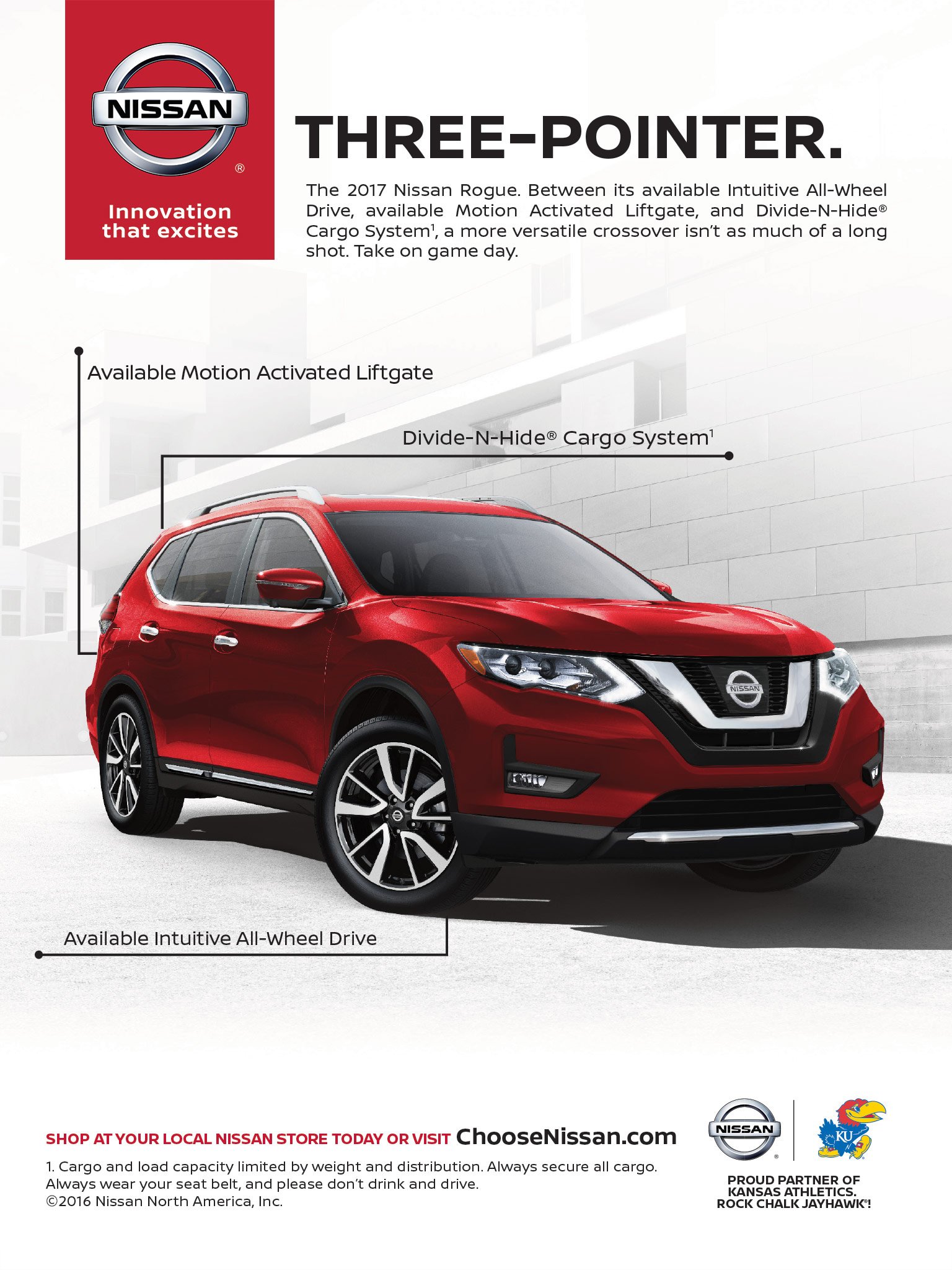 Foliage – KU junior Daniel Hudson teed off amid the thick foliage at the University of Texas Golf Club in Austin, Texas, during the second round of the NCAA Men’s Golf Regional on Monday, May 15.

Strolling – After his tee shot on the par-4 seventh hole at the University of Texas Golf Club, KU junior Daniel Sutton strolled past a waterfall-fed pond on the scenic course during the first round of the NCAA Men’s Golf Regional in Austin, Texas, on Monday, May 15.