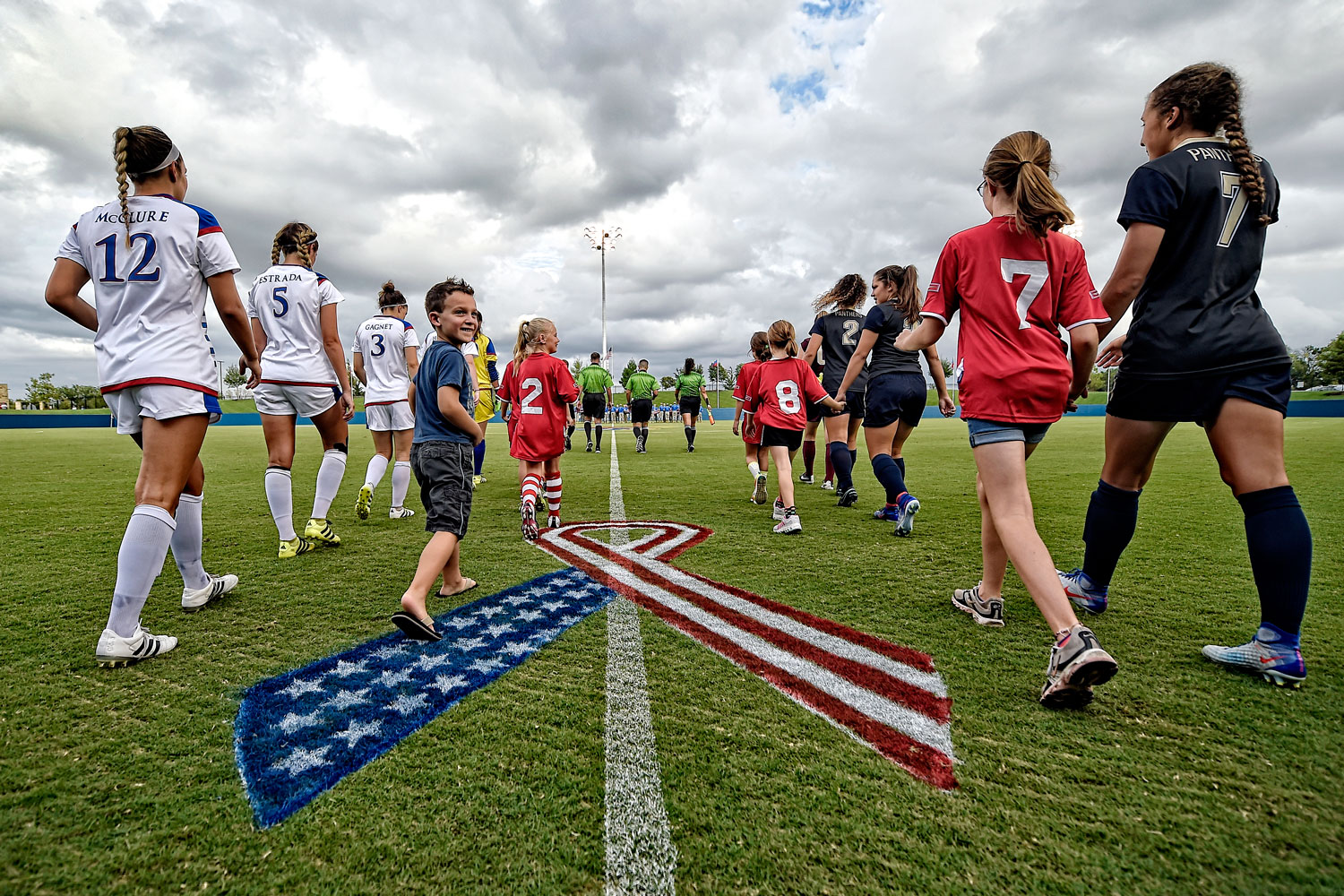 MARCHING ON – On Salute to Service night, players from KU and Pittsburgh, along with their young player escorts, marched past a patriotic ribbon painted onto the Rock Chalk Park turf. The Jayhawks went on to defeat Pittsburgh, 2-1, on Friday, September 9. 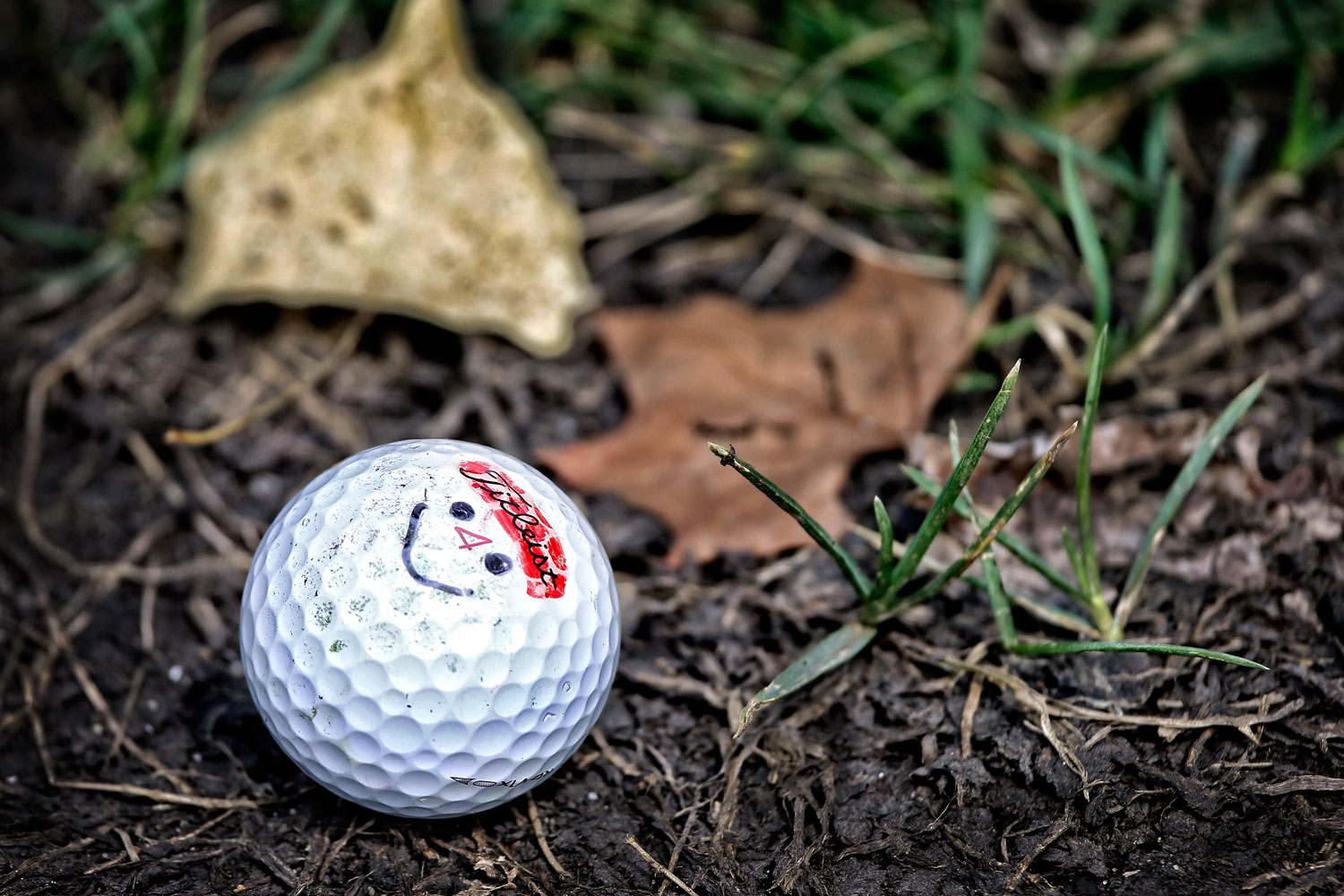 SMILEY FACE – Even though the drive of KU golfer Victoria Chandra landed just into the rough, a smiley face marked on her golf ball awaited to cheer the sophomore when she arrived. Chandra and her KU teammates practiced at Lawrence Country Club on Sunday, September 4, prior to competing in the season-opening Minnesota Invitational in Minneapolis, Minnesota, on September 12 & 13. 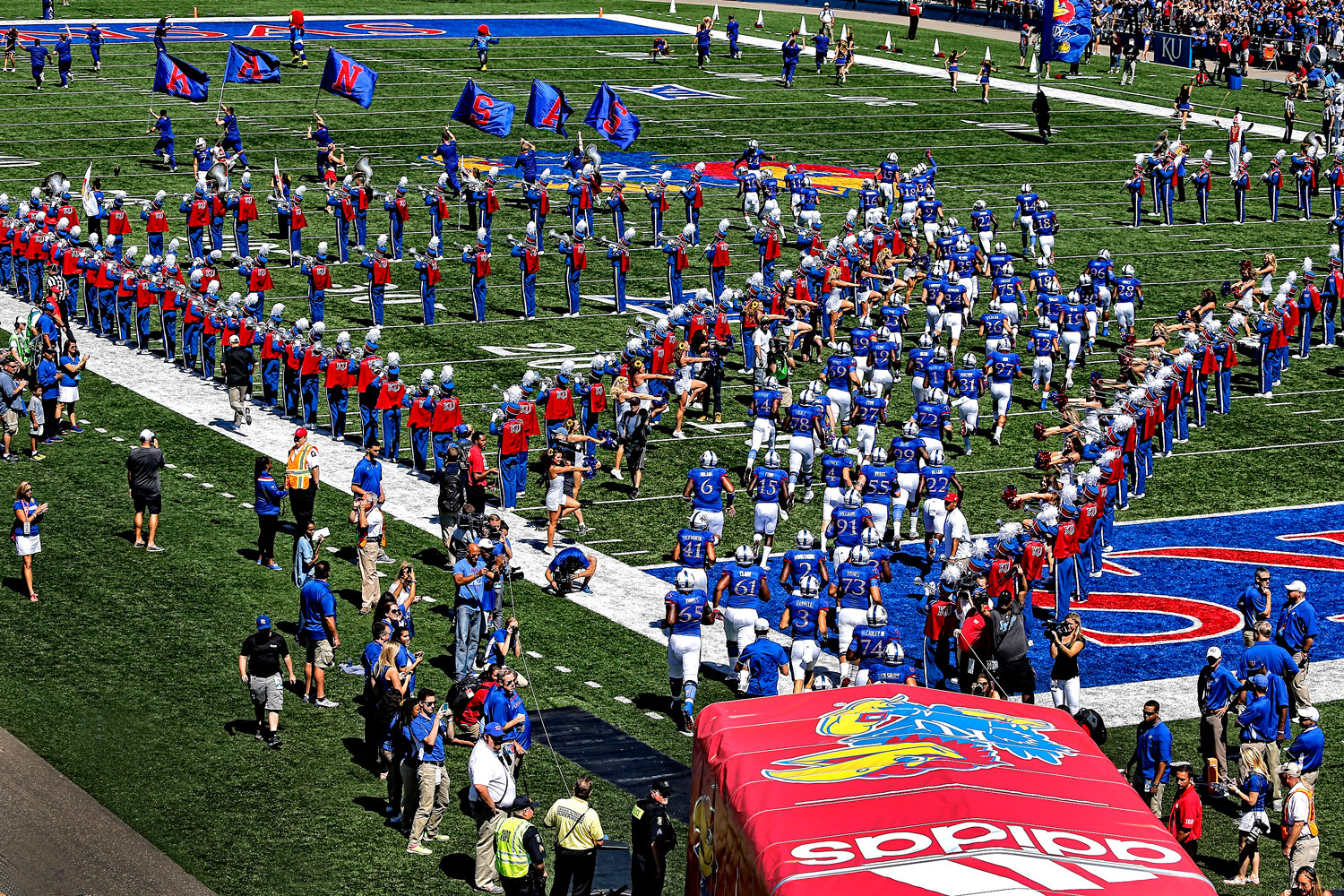 GAME TIME – The KU football team emerged from its new tunnel to a beautiful fall day and the pageantry that preceded the game against Ohio in Memorial Stadium on Saturday, September 10. 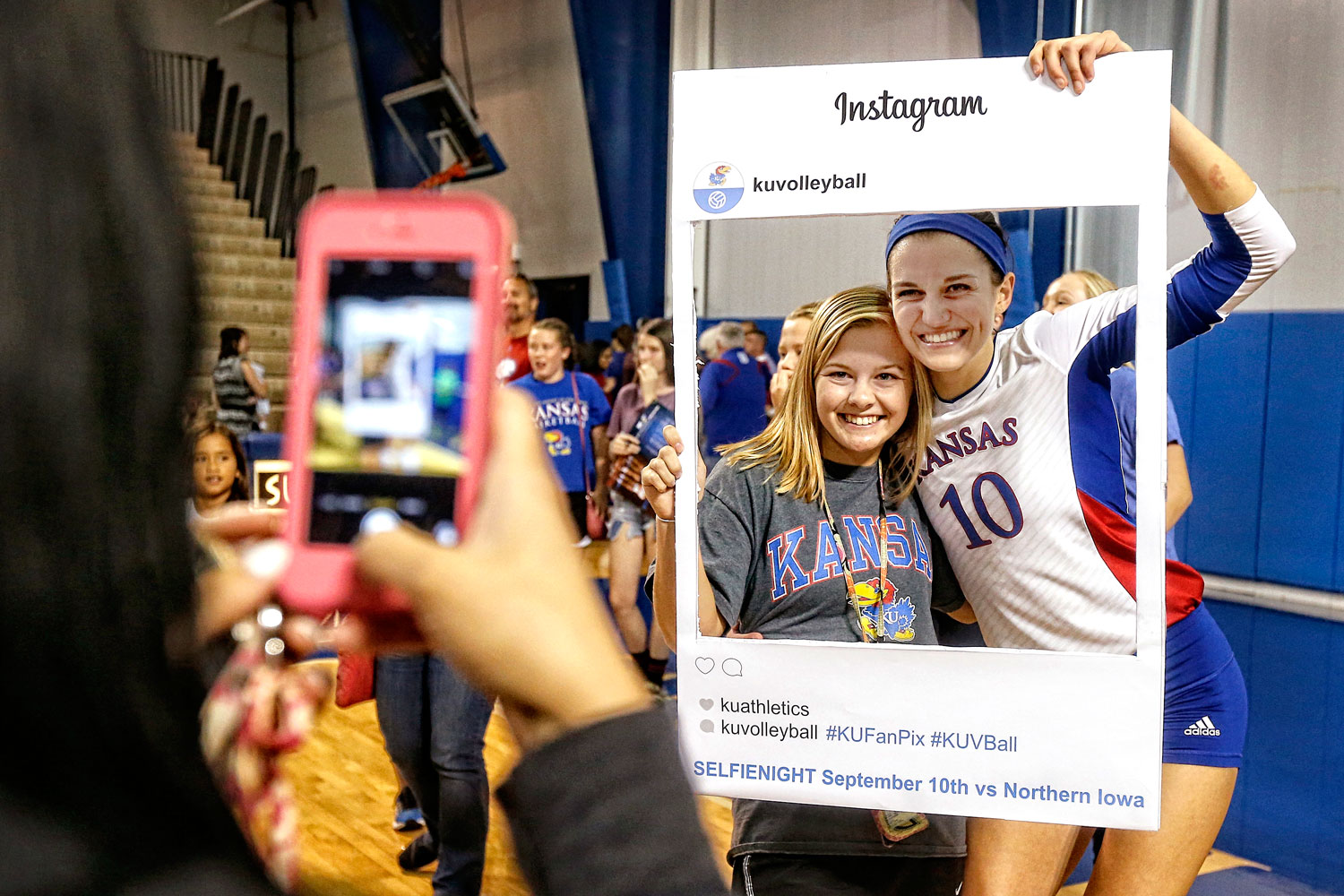 SELFIE NIGHT – Senior Tayler Soucie and her KU volleyball teammates took time to pose for photographs on SELFIENIGHT following the No. 4 Jayhawks’ victory over Northern Iowa on Saturday, September 10. 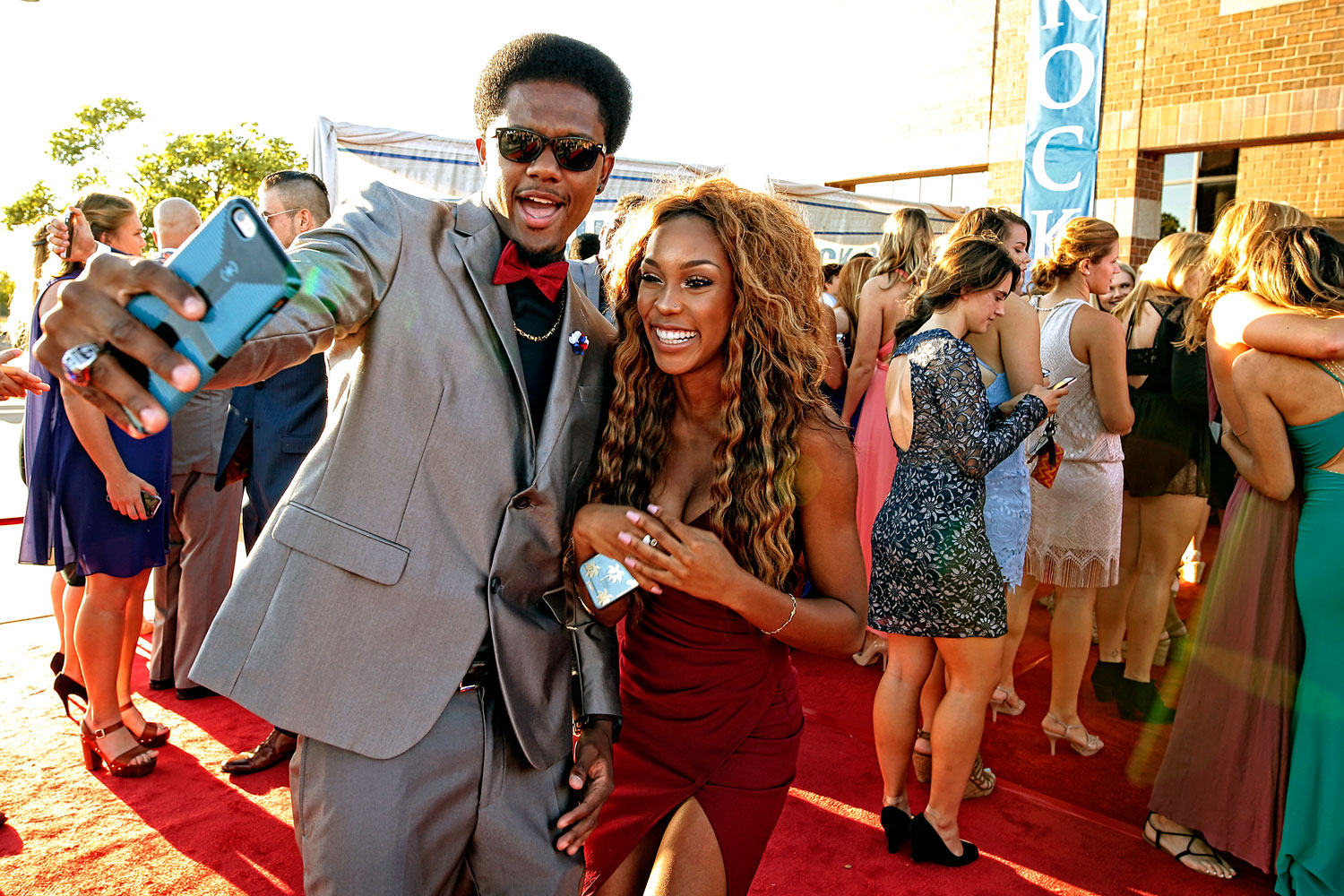