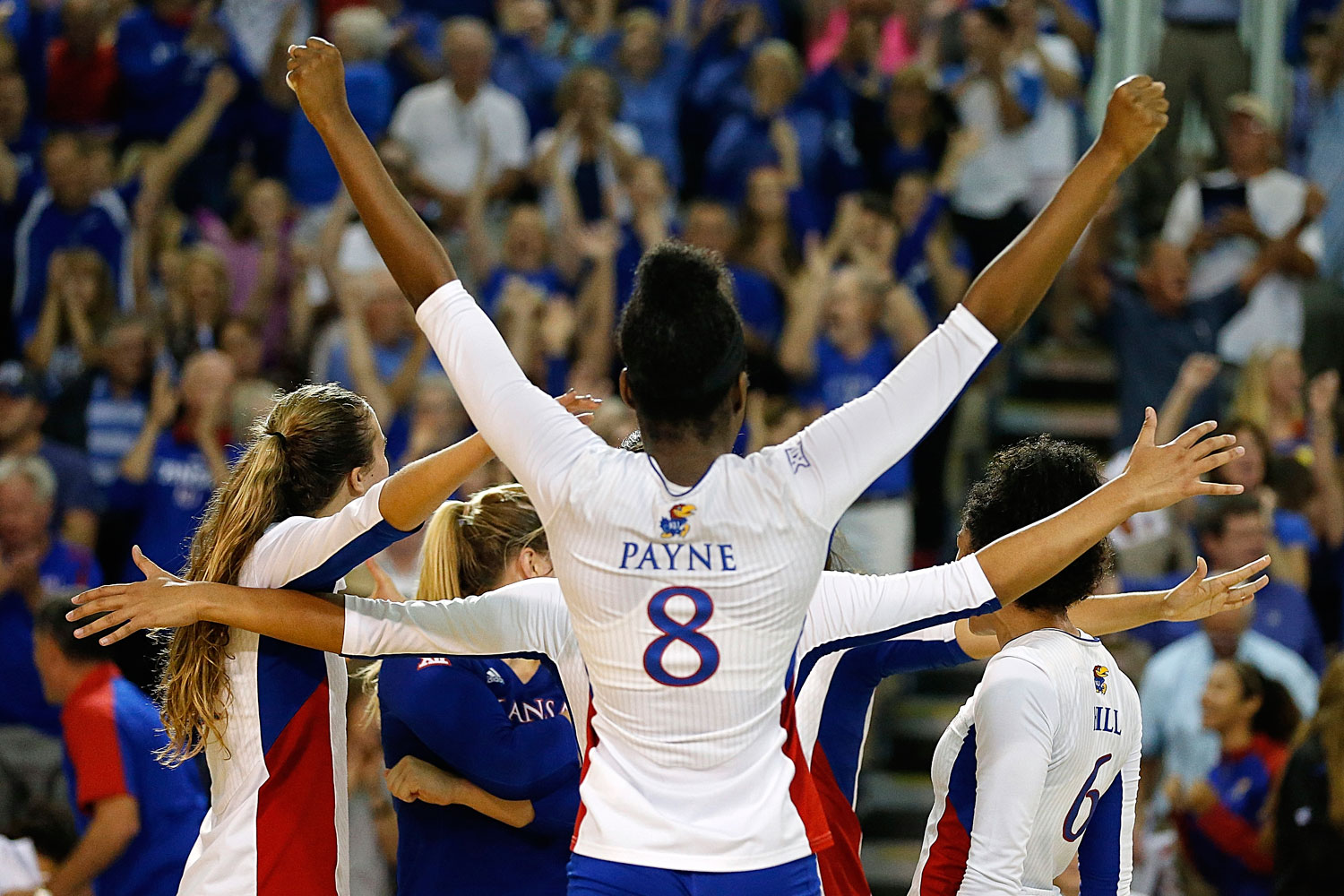 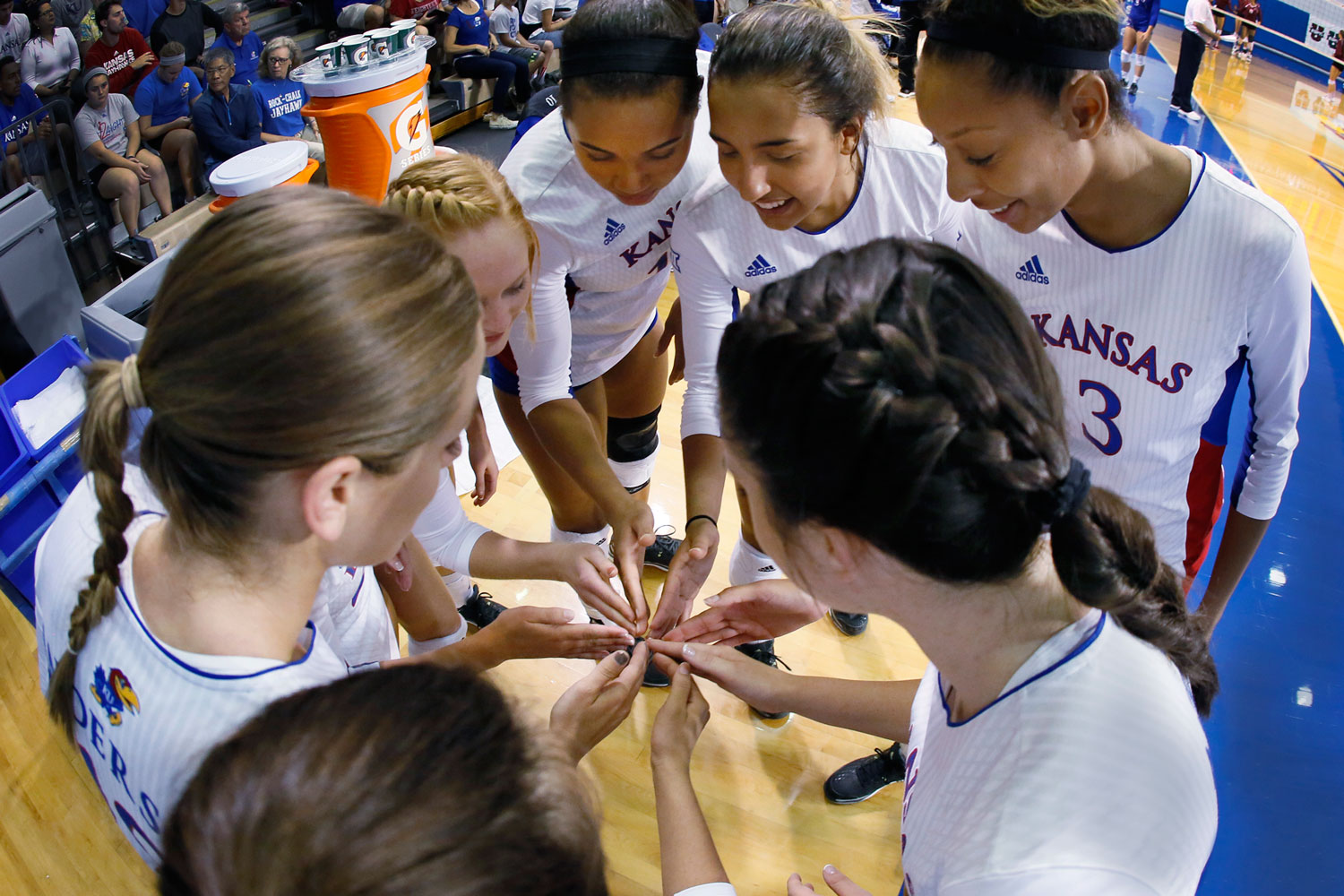 PIECES OF THE PIE – Before KU’s volleyball match against Oklahoma, the reserves huddled with their fingers forming wedges of a very important team pie on Wednesday, September 21.

“It’s kind of like we know our job and what we have to bring for the game,” said junior Kayla Cheadle. “It locks us into that after we break it down.”

Junior Addie Barry added, “It just brings our bench together and gets us all on the same page that we have to give just as much as the people out on the court.” 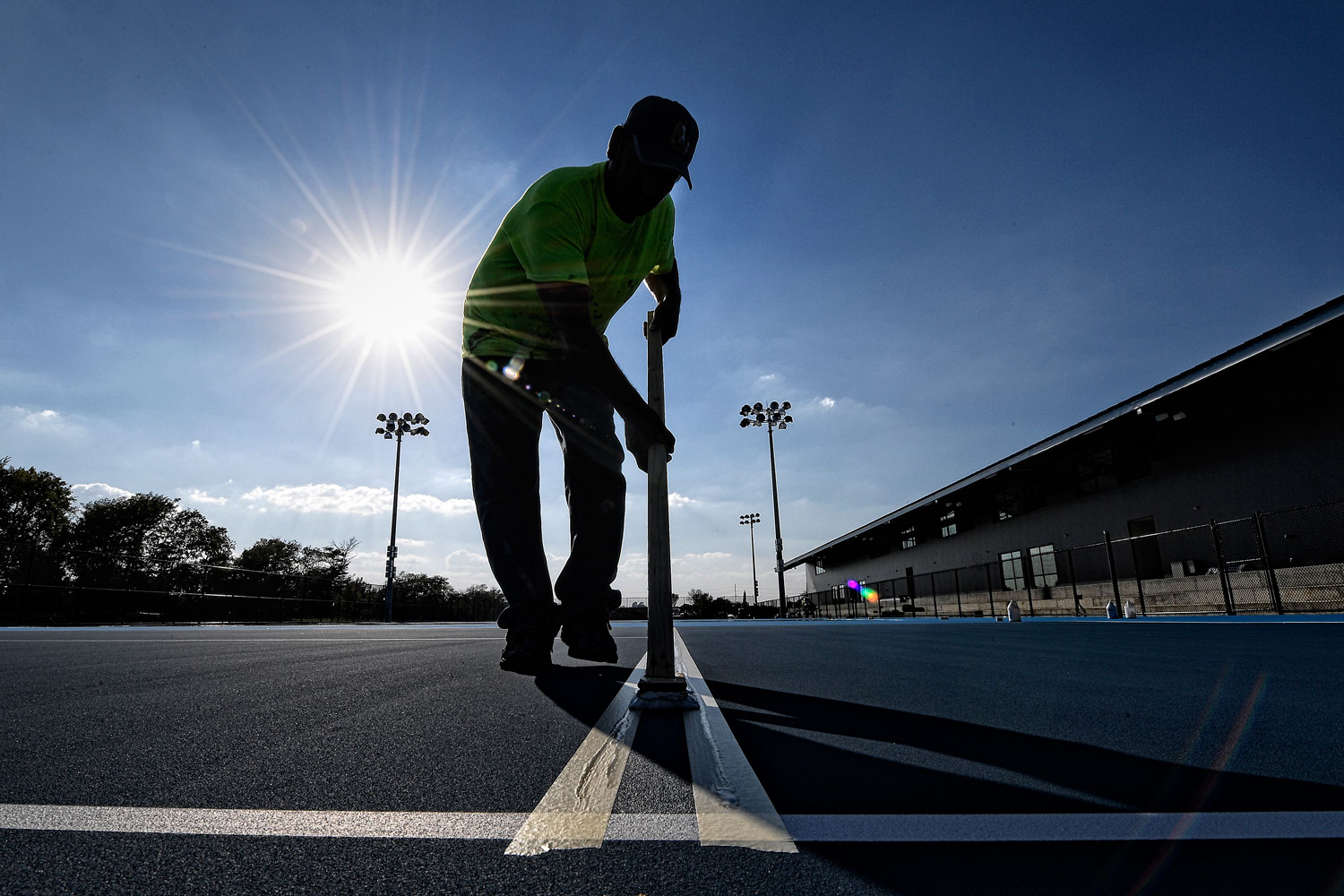 LINE TIME – The lines of the six new outdoor courts at the Jayhawk Tennis Center at Rock Chalk Park were given their first coat of paint on Friday, September 23. Plans call for the facility, featuring both indoor and outdoor courts, to be completed in early November. 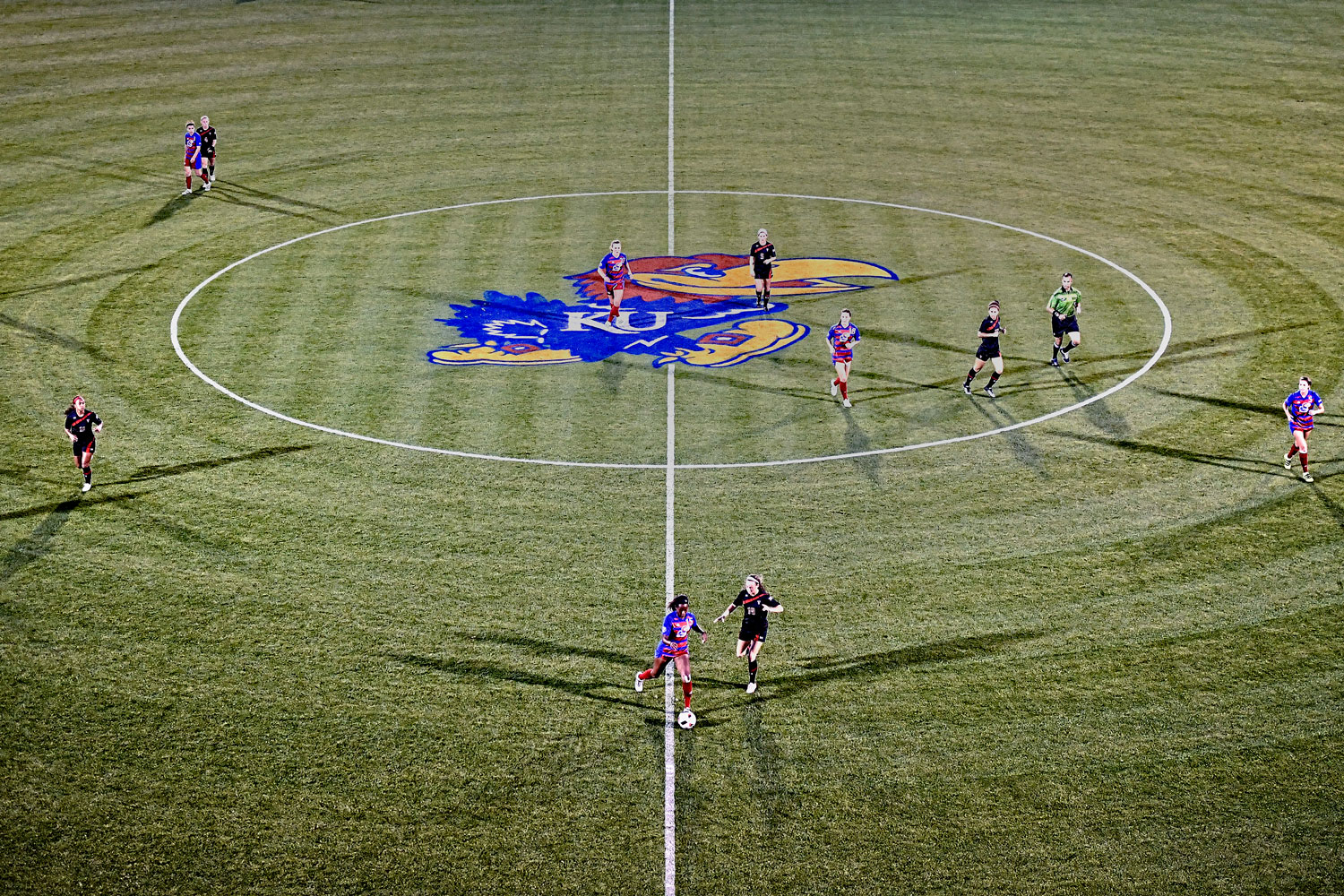 AROUND WE GO – Senior defender Morgan Williams worked the ball into the offensive end of the Rock Chalk Park soccer turf cut in a circular pattern on Friday, September 23. The Jayhawks defeated No. 25 Texas Tech, 2-1. 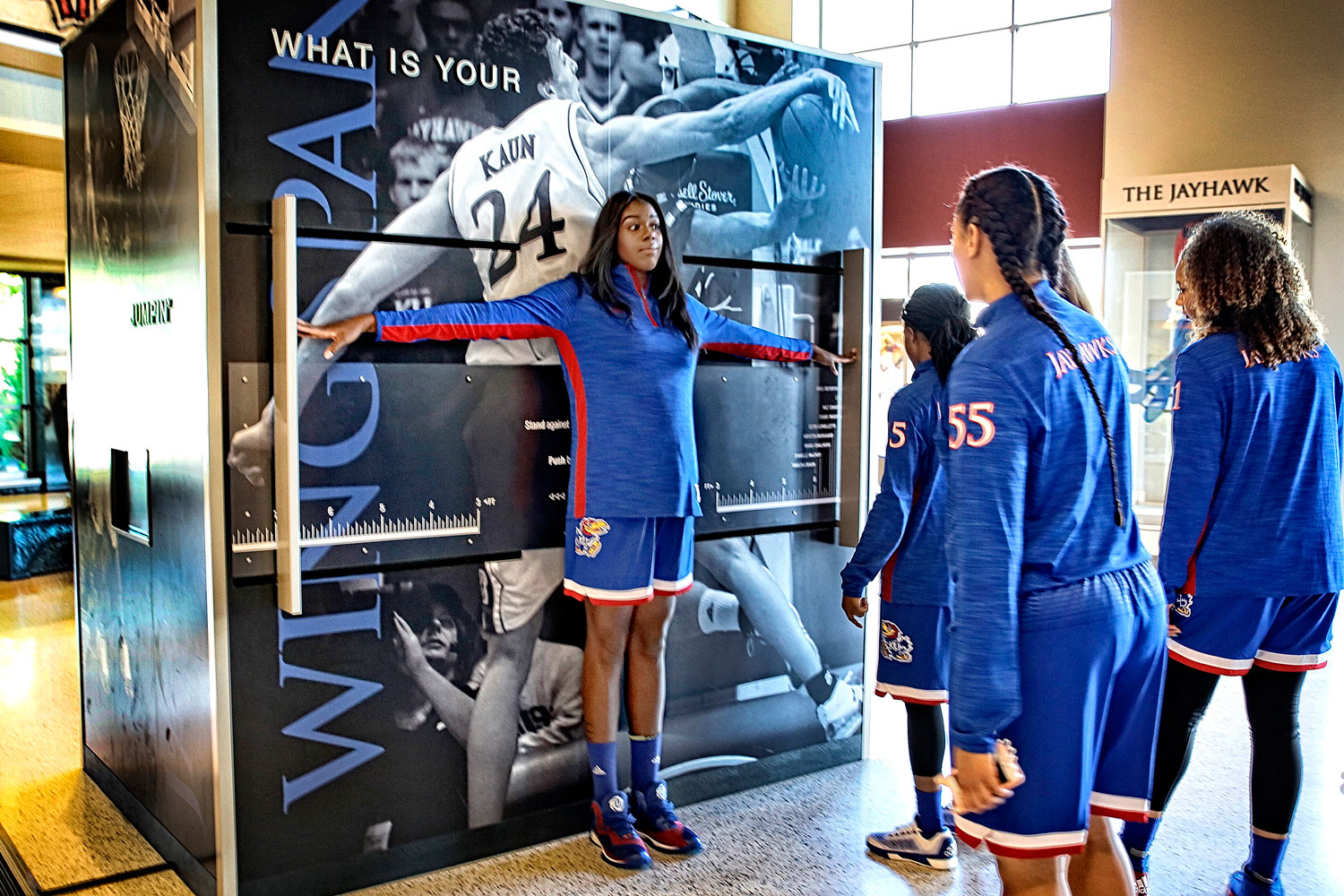 WINGSPAN – Senior center Lisa Blair stretched her arms out to display her nearly seven-foot wingspan to her teammates in KU’s Booth Family Hall of Athletics in Allen Fieldhouse prior to a photography session on Thursday, September 1.