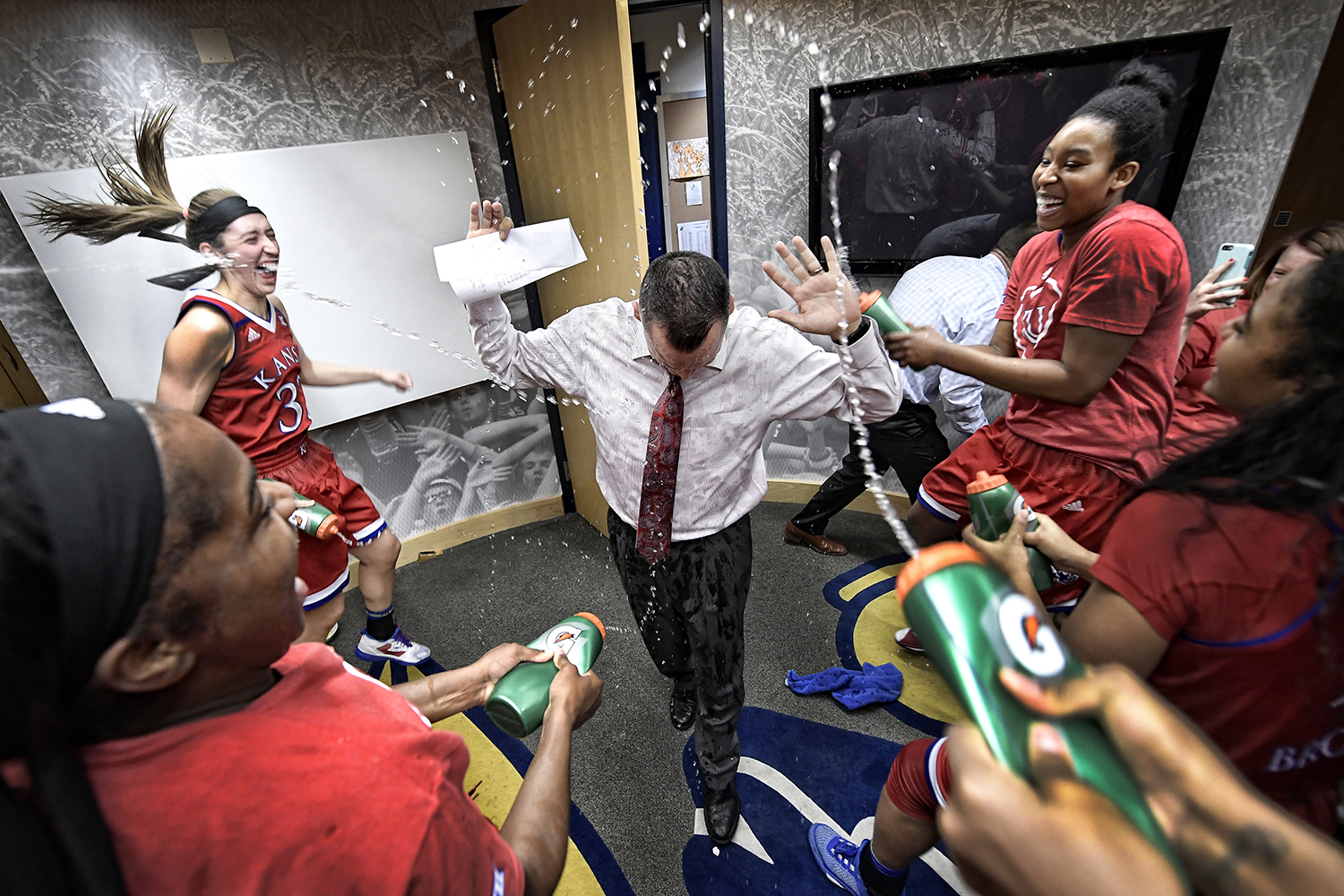 Victory Shower – KU women’s basketball coach Brandon Schneider was greeted with a water bottle shower from his players upon entering the locker room following the Jayhawks’ victory over Texas Tech inside Allen Fieldhouse on Saturday, January 28. Schneider certainly did not mind the drenching since the 66-60 triumph was the team’s first Big 12 Conference win under the second-year coach. 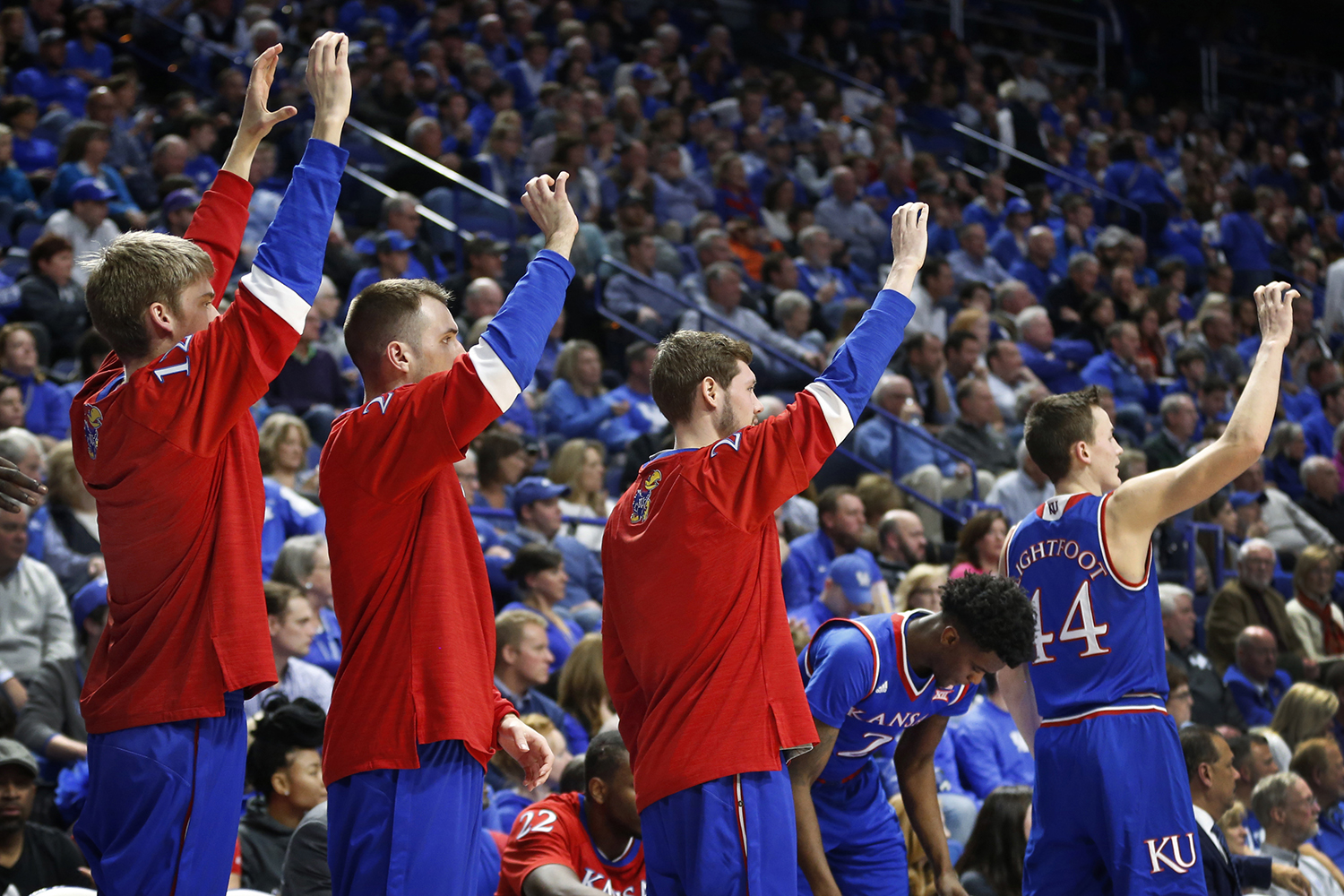 In Sync – Immediately after a KU score, freshman Tucker Vang, junior Clay Young, senior Tyler Self and freshman Mitch Lightfoot jumped to their feet and in sync signaled in a defensive “combo” set during the game against Kentucky inside Rupp Arena in Lexington, Kentucky, on Saturday, January 28. 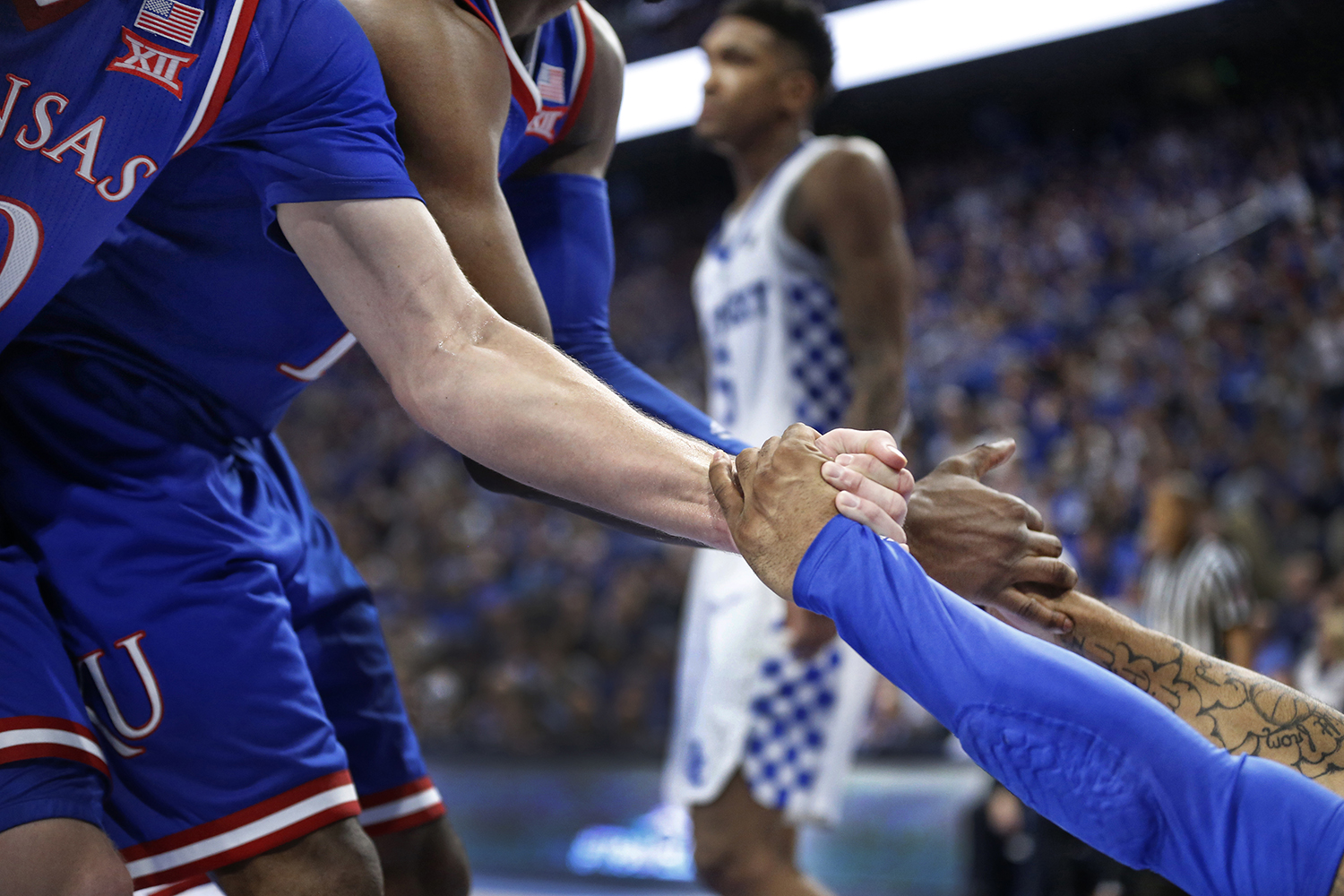 Helping Hands – After tumbling to the floor on a drive, senior Frank Mason III was quickly lifted up by the helping hands of junior Svi Mykhailiuk and freshman Josh Jackson inside Rupp Arena where KU defeated Kentucky 79-73 in Lexington, Kentucky, on Saturday, January 28. 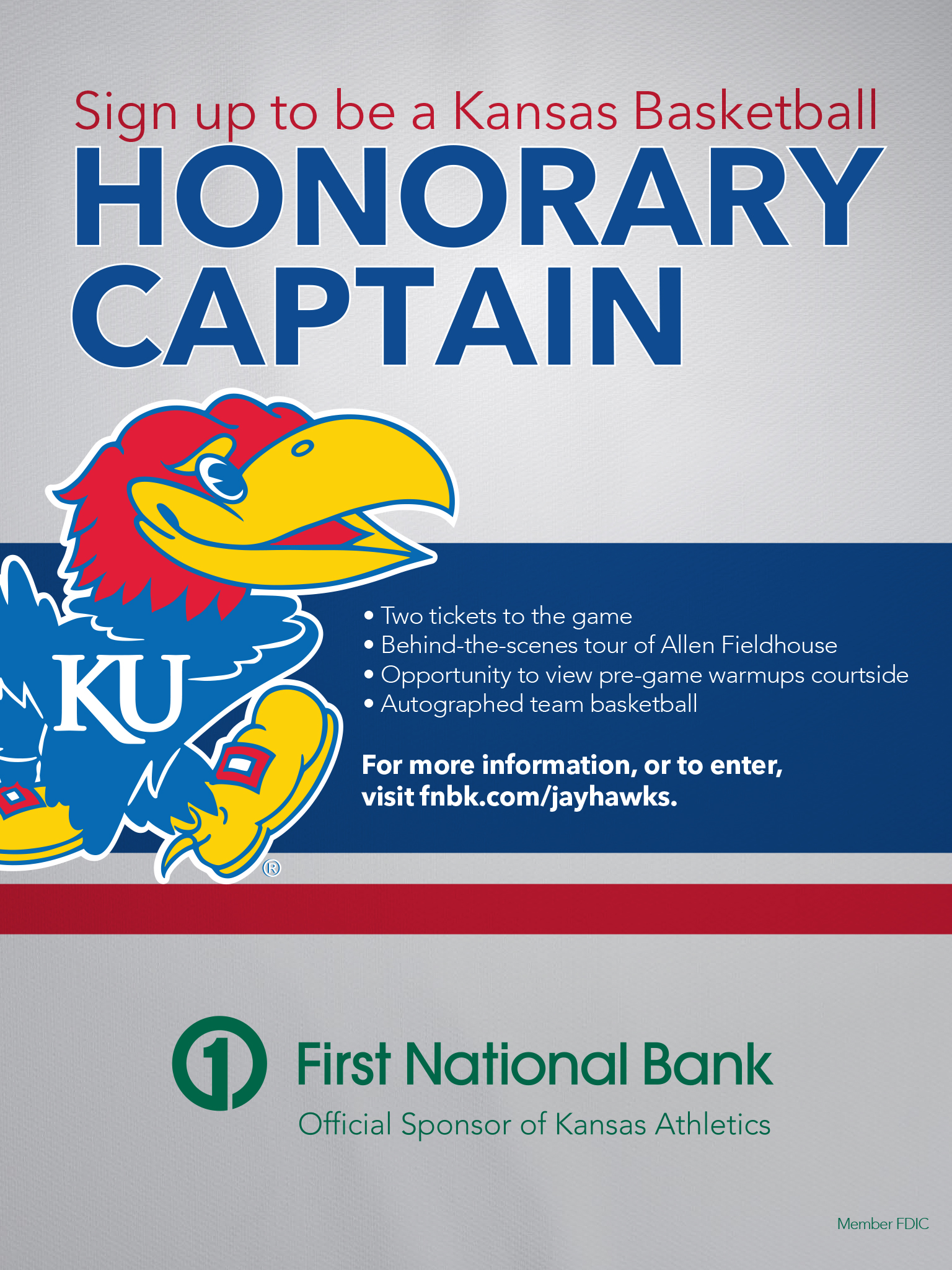 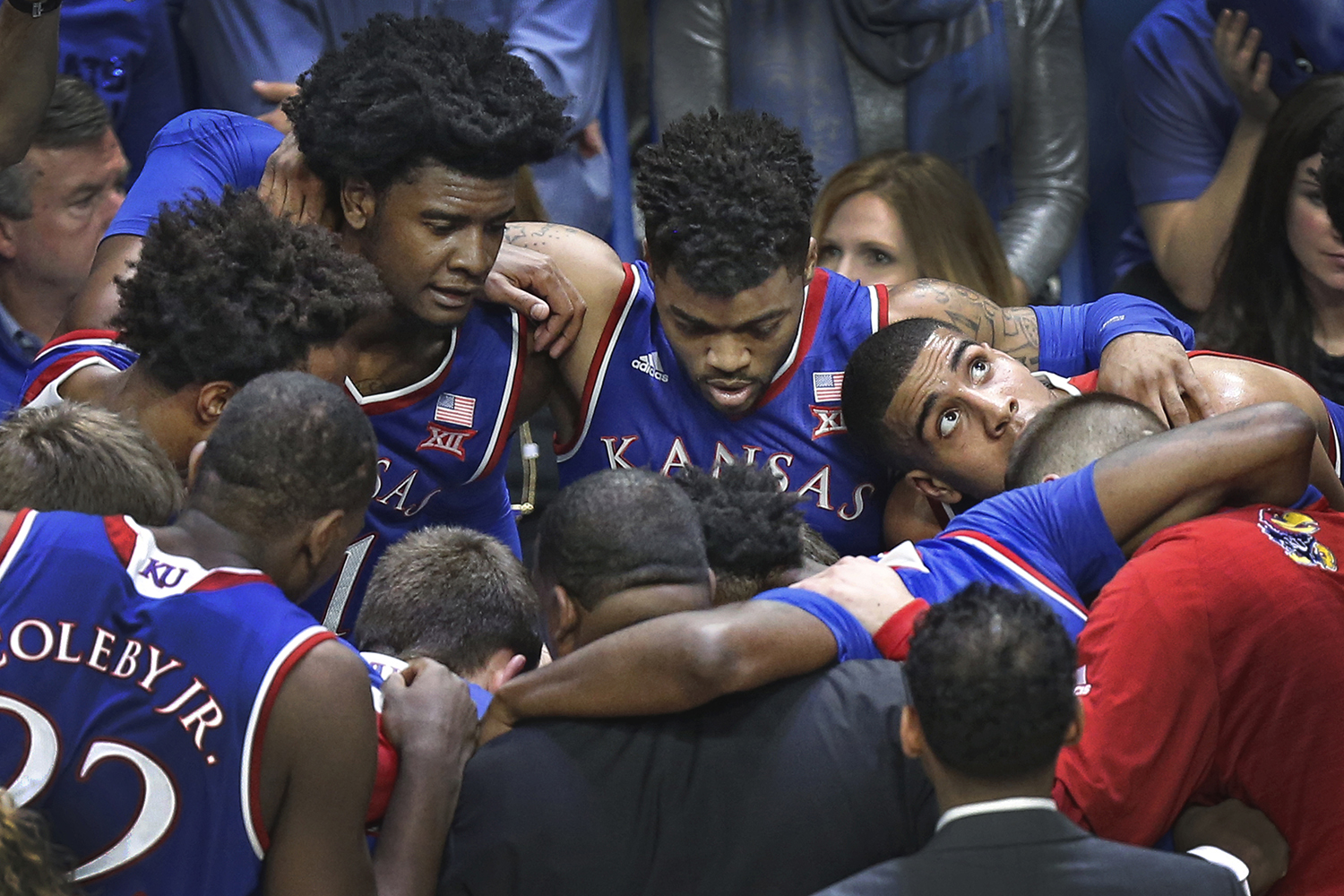 Quick Check – As the KU team huddled during a 30-second timeout late in the game against Kentucky, senior Landen Lucas made a quick check of the scoreboard before the Jayhawks closed out the Wildcats inside Rupp Arena in Lexington, Kentucky, on Saturday, January 28. 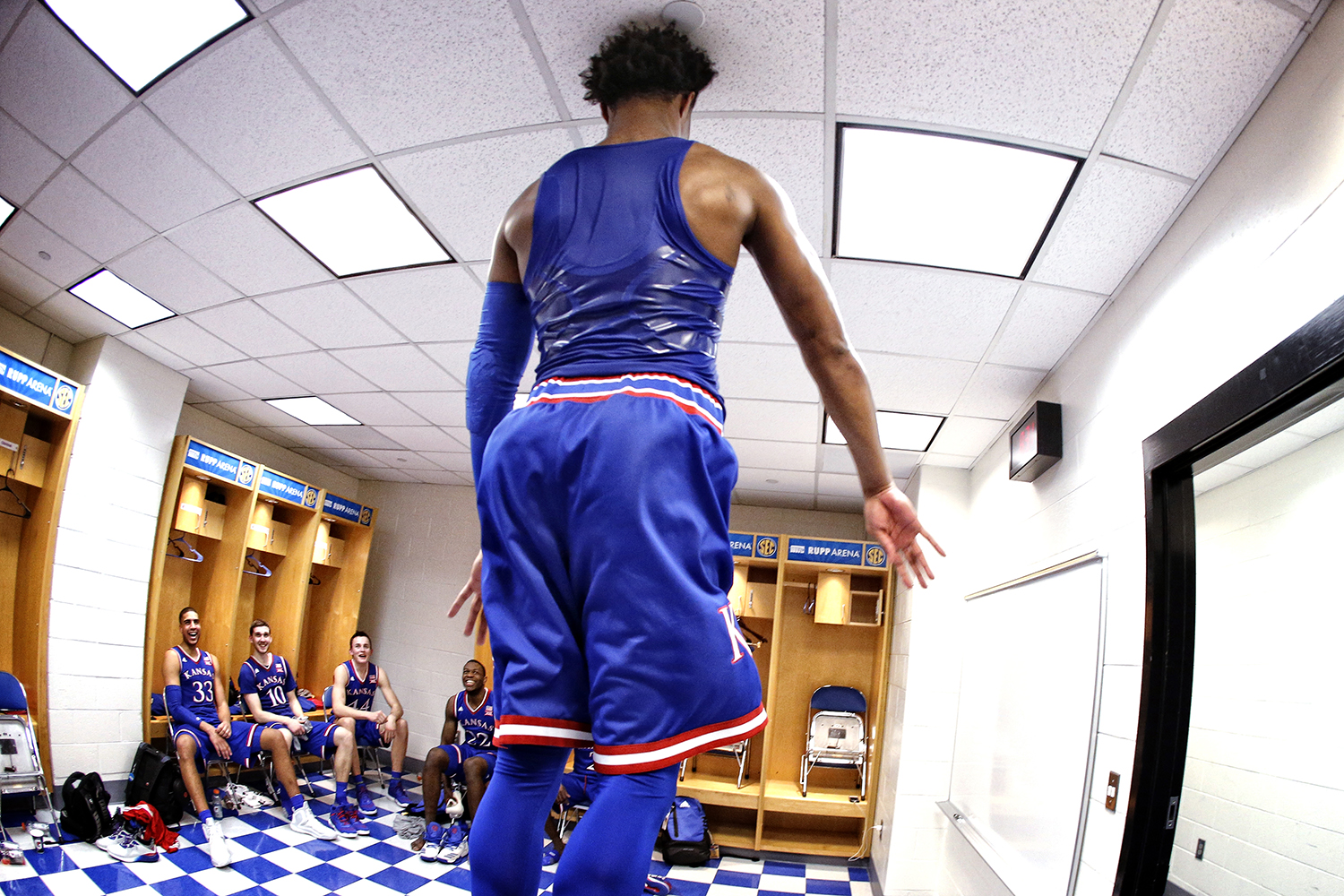 Through the Roof – To the delight of his teammates, junior Devonte’ Graham leaped up to tap his head on the 10-foot locker room ceiling inside Rupp Arena. The display of joy came after KU’s victory over Kentucky on Saturday, January 28 in Lexington, Kentucky. 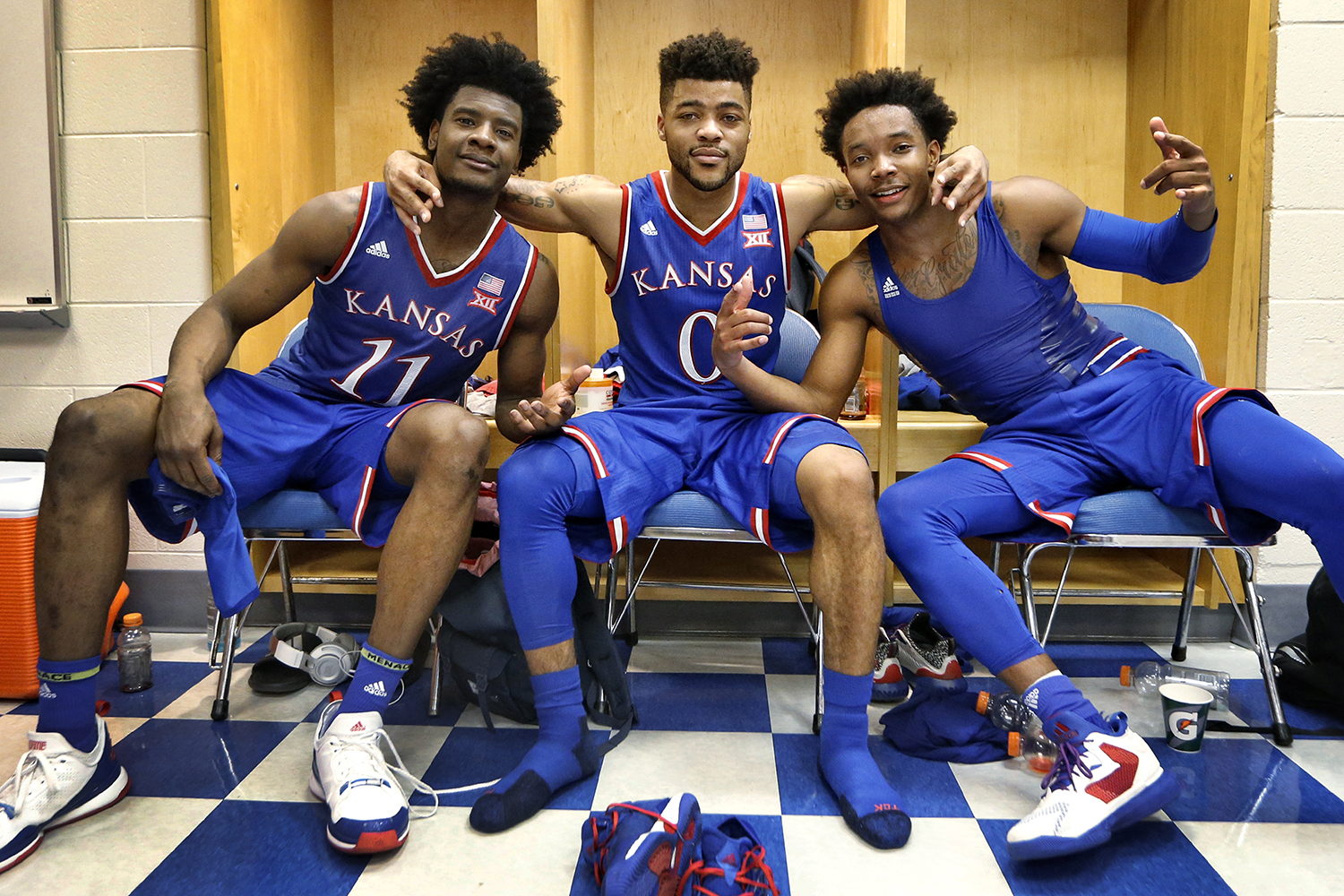