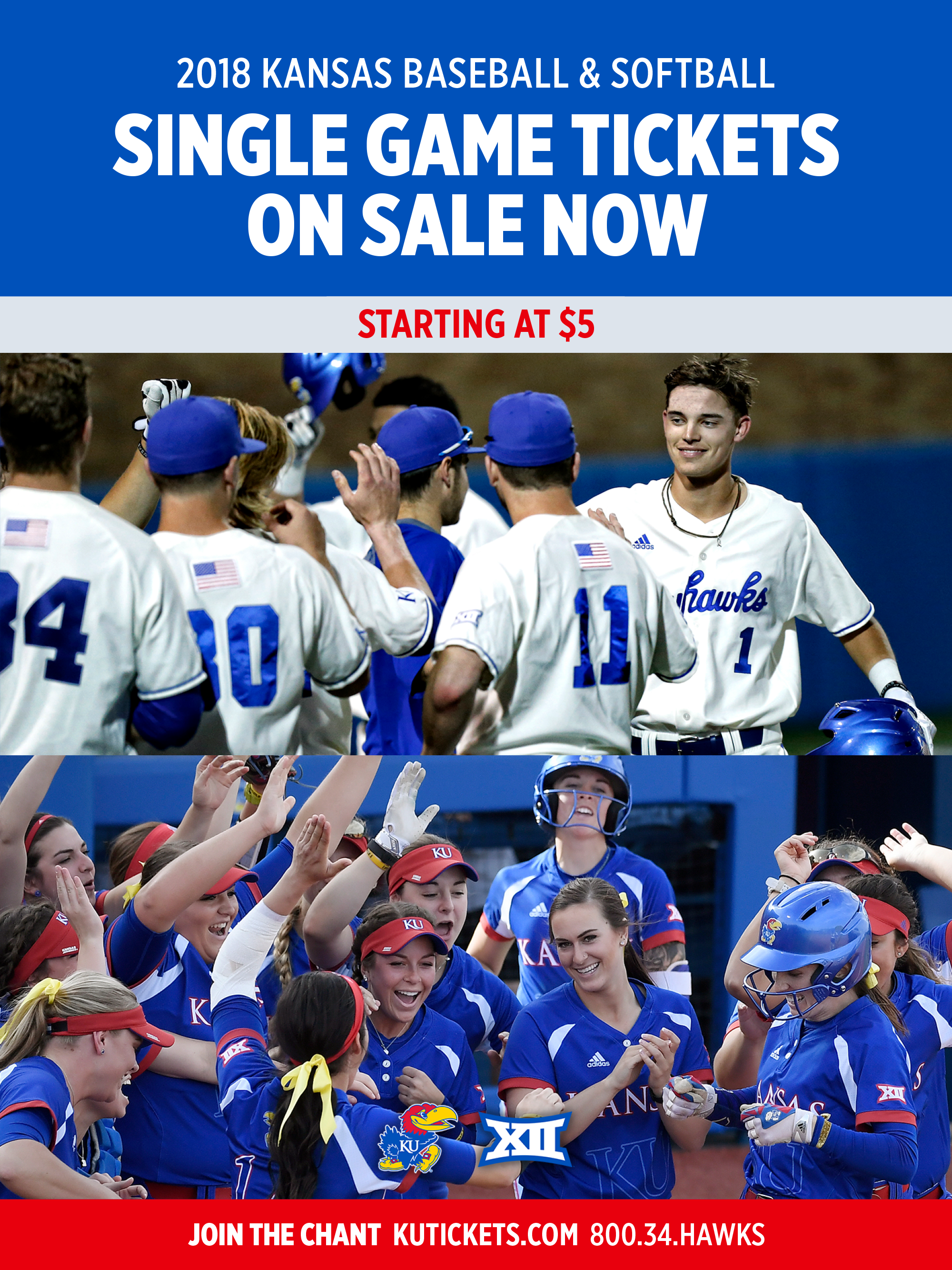 A relationship between siblings can be one of the strongest bonds a person has throughout their life. The trials and tribulations of adolescence, mixed with the confusion of entering college, can be hard to go through alone without any support. For Kansas sophomore catcher Jaxx Groshans, his support came from his brother, Jordan, who has been his best friend and a competitive force throughout his life while only being two years younger.

Growing up in a family where baseball has ruled the household, Jaxx and his brother have been by each other’s sides for the ups and down of their respected careers. Hailing from a town called Magnolia, Texas (north of Houston), the two brothers’ earliest memories came from playing Little League together, and then by high school, the two had won an amateur world series title playing for the Dallas Tigers.

“I still have pictures of us with our buck teeth, and our bats and gloves which are twice the size of us,” Jaxx said. “It’s really funny and brings back a lot of memories. We’ve played on teams together our entire life.”

From Little League to high school, Jaxx fondly remembers when his head coach at Magnolia High School sat him down in his office one day and asked if Jordan was good enough to play varsity baseball. No surprise, Jaxx backed up his brother big time with extreme confidence which ended up being the perfect decision.

“The first game, he smacks a double off the center field wall and then our team started a rally,” Jaxx said. “He proved himself that he could play with the big guys.”

The Groshan brothers have played together their whole lives and are regular kids off of the field who like to use popular social media apps and even sing in their spare time. However, it was their unforgettable impact off the field in August of last year that changed their community.

It is one of the proudest moments between the brothers which came in one of the world’s darkest moments. The Groshans live only 40 minutes from Houston, where one of history’s most tragic hurricanes touched down last year. Hurricane Harvey, a Category 4 storm that caused $125 billion in damage, hit most of lower Houston near the Astros’ stadium, Minute Maid Park.

Jordan, currently a high school senior infielder and both a Perfect Game and Under Armor All-American, had an idea that would impact the Houston community in tremendous ways.

“He had the idea to throw clothes together for charity. We created a drop off at Texas Southern University and the clothes would go to the homeless,” Jaxx said. “There was a clothing drive and we tried to find as much clothing to help out those in need.’

The idea for the food drive stemmed from the catastrophic damage close to home and also because of what happened to one of their family’s employees at their family-owned restaurant, The Crawfish Joint. An employee’s house and ranch were blown away from the hurricane and Jordan saw the tragedy firsthand, which was happening less than an hour from their own home. Most of the employee’s house was blown away and underwent severe water damage. From there, the brothers thought of the idea for a food drive where the community could pool together money to raise funds for those who need it.

“We feel obligated to help others in times of need. I wanted to do it to be a part of that rebuilding process,” Jaxx said

It was almost like a Cinderella story, as Jaxx also described, where everybody in the area was reaching out and trying to help out the hurting community of Houston. When the Houston Astros defeated the Los Angeles Dodgers in the World Series last year, that made everything feel even more special.

“It’s funny because we thought Under Armor would only give us a couple dozen t-shirts. They ended up giving us 10 boxes of shoes and shirts,” Jaxx said. “It was remarkable helping out that many people. It was the Astros and the community winning together; it felt like one big family.”

The brothers are part of that big family and have pushed each other in every aspect throughout life and that is why Jaxx convinced his brother to sign with Kansas. Described as a “baseball rat” by Kansas head coach Ritch Price, Jaxx’ competitive nature has made him one of the very best hitters in the nation so far this season with a batting average of .352.  He played 53 games his freshman year and has already emerged as the team’s best hitter so far in his second season.

“Right now, he’s swinging the bat as good as anybody in America,” Price said. “That’s how good an offensive player he has been through the first 28 games of the season. His offense is ahead of his defense right now.”

During the Jayhawks’ recent 8-5 road win at Baylor (3/25), the sophomore catcher recorded a career-high four hits, including two RBIs. Watching in the stands was his best friend and brother Jordan, who drove to Waco after hitting his eighth home run of the season for Magnolia High School. According to Price, it is this kind of relationship between the brothers that speaks volumes about what kind of guys they are.

“When Jaxx moved in his freshman year, Jordan was hanging out with the players on the field and at that time verbally committed to come here,” Price said. “Most guys with that talent would want to go to a school like LSU, but he wants to play with his brother.”

The Groshans have dealt with adversity and triumphed over all odds throughout their playing careers and through their experience with the Houston community. The bond that has been created through baseball will be exciting to see as the two brothers look to create more memories together starting this fall at Kansas.

While only a year younger, Jordan is ranked as the 32nd-best prep prospect by Baseball America. However, the high school senior didn’t want to pass up an opportunity to be with his brother. As the reigning All-Montgomery County Offensive MVP in Texas, Jordan had many colleges reaching out to him. When Jordan visited KU, he witnessed the relationships that can be formed through hard work and dedication on the baseball field.

“He had about 50 to 55 Division I offers. The highlight would be to play with him again,” Jaxx said. “We know each other’s tendencies and know how to make an impact.”

The seemingly unbreakable bond between the Groshans brothers has been cemented through baseball and their teamwork both on and off the field.

“Having three sons (of my own) who played together and chased their dreams of playing professionally, I know how hard it is,” Price said. “You know your brothers are your best friends when that takes place.”