RCW: By the numbers (Men's Basketball)

Go inside the numbers with Kansas men’s basketball. 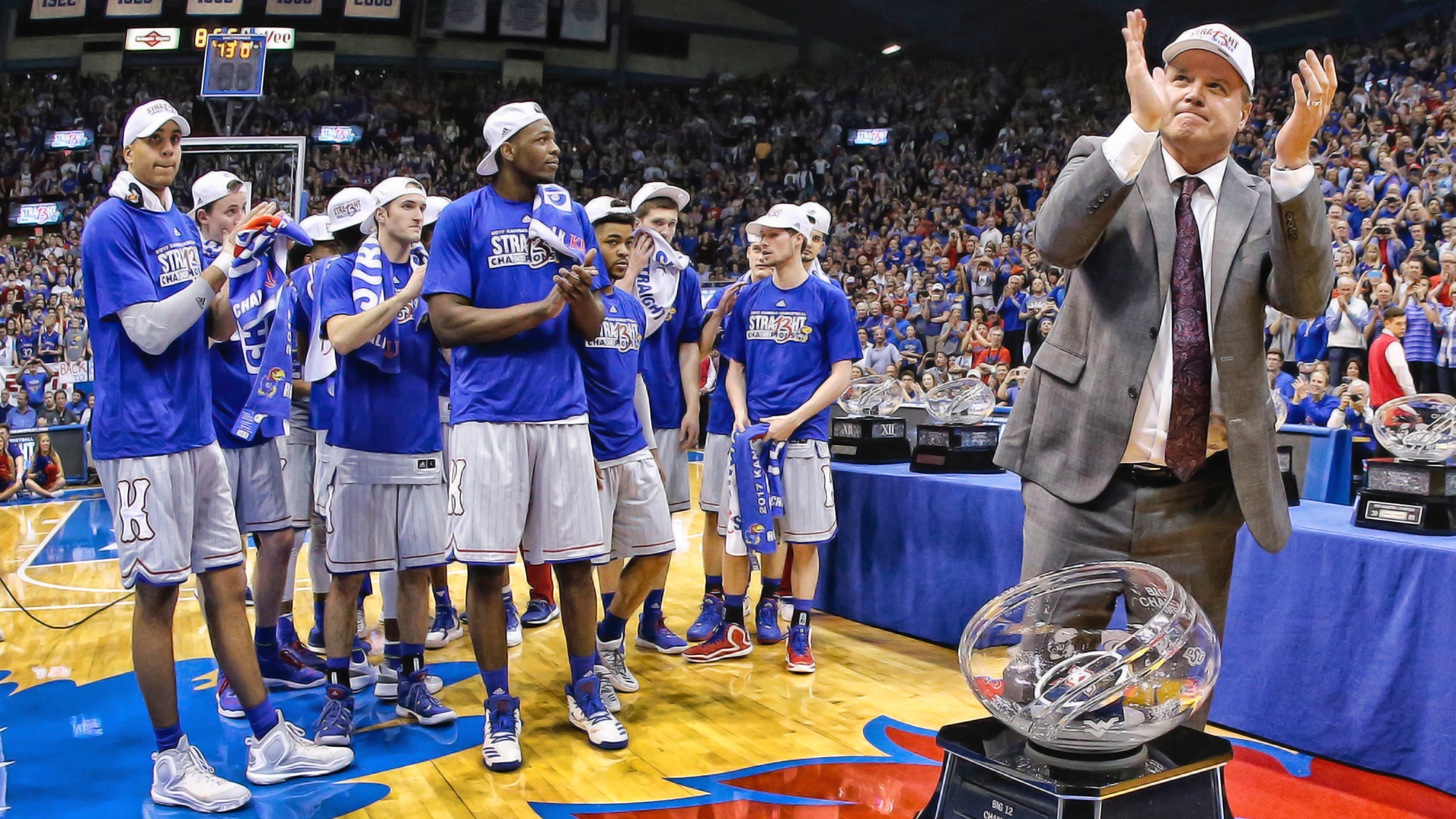 14 – In 2017-18, Kansas is vying to become the only school in NCAA Division I history to win 14 consecutive conference championships. Last season, KU tied the record with its 13th straight, 17th Big 12 and NCAA record 60th conference title. 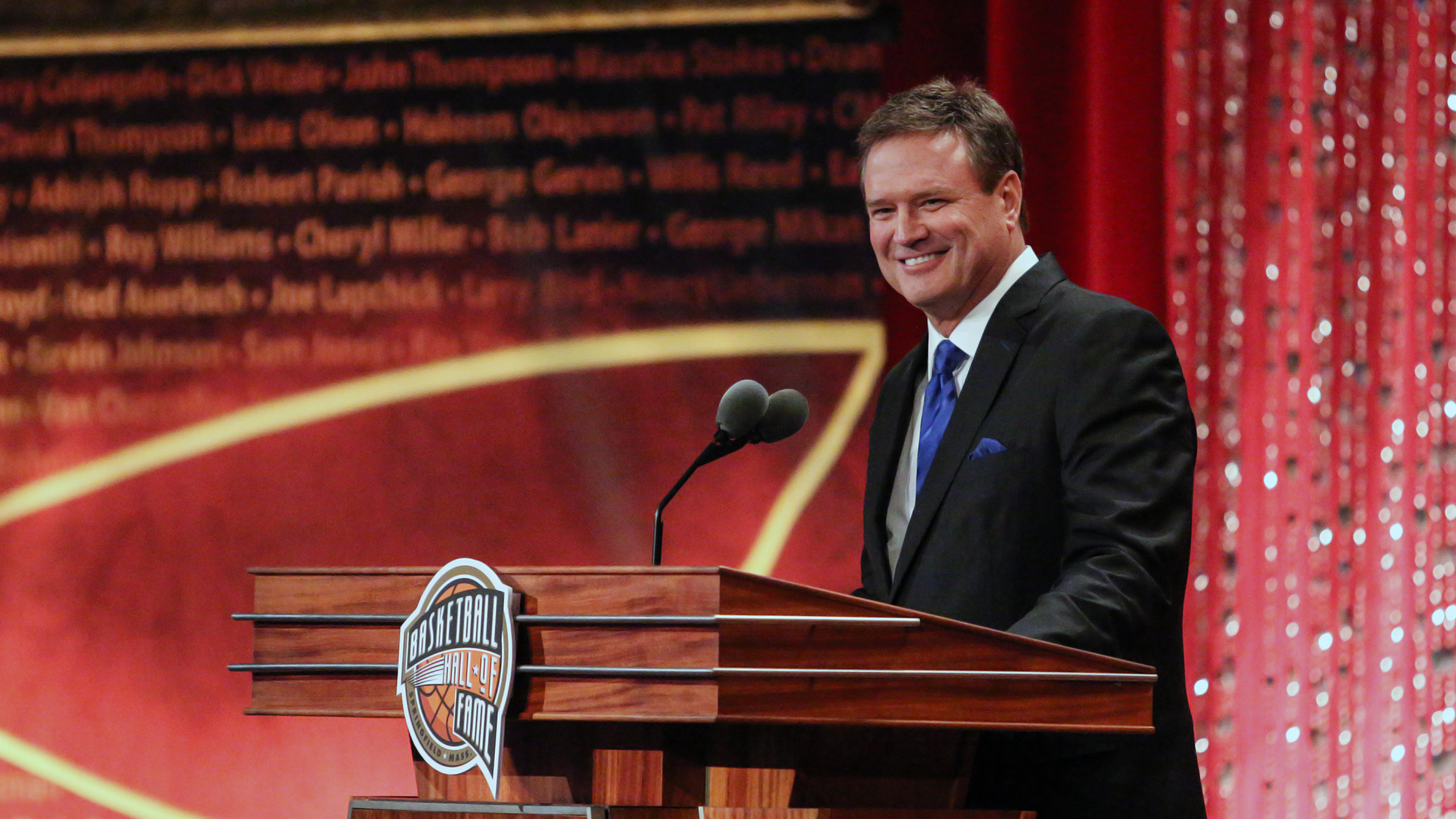 19 – The University of Kansas proudly boasts its rich basketball history as 19 former Jayhawk basketball student-athletes and coaches – 18 men (one two times) and one woman – have been enshrined in the Naismith Memorial Basketball Hall of Fame, located in Springfield, Massachusetts. The latest Kansas addition is Bill Self, who was inducted in 2017. 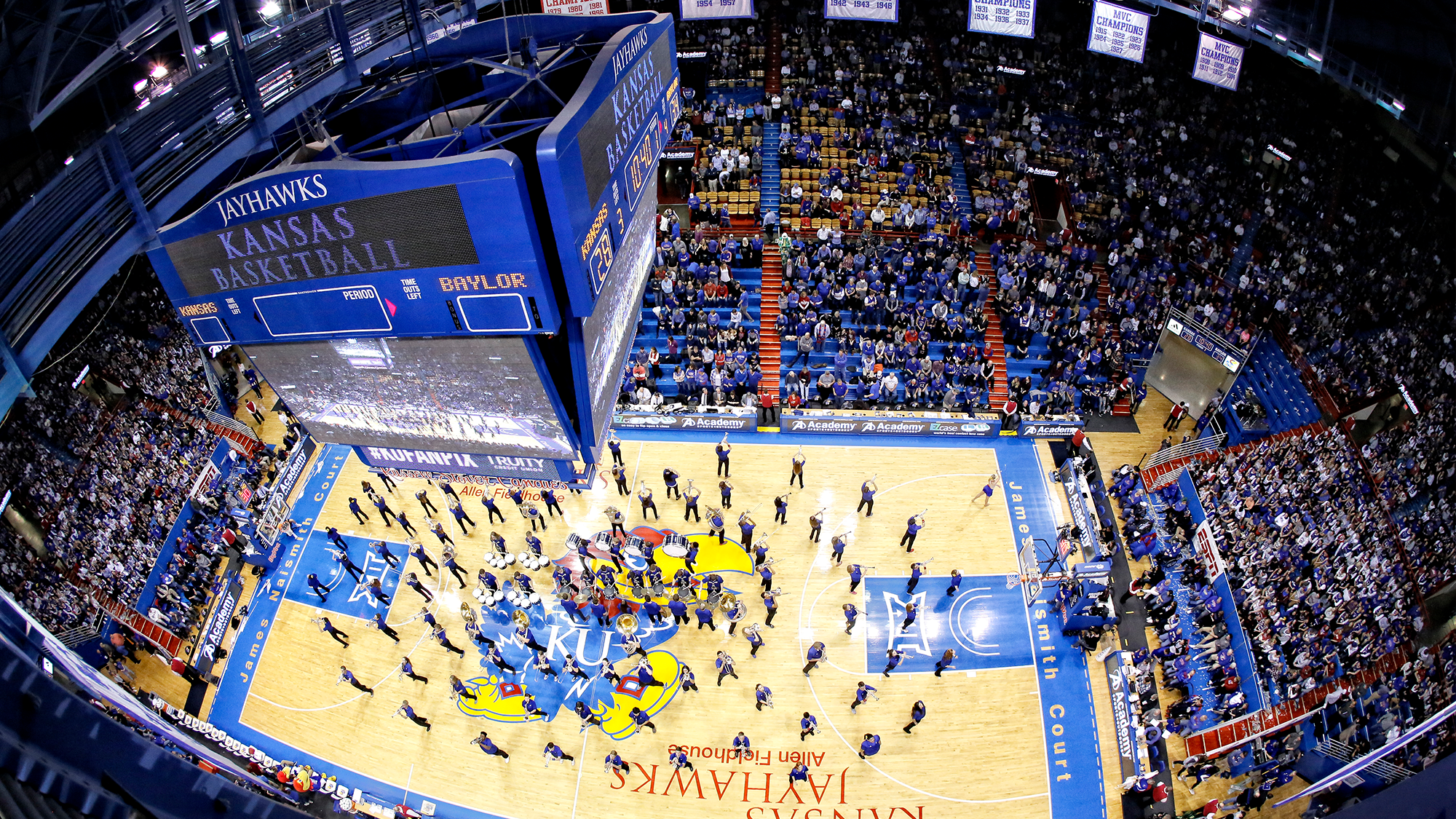 30 – Kansas has led it conference in home attendance each of the last 30 seasons, a streak which started in 1986-87. Additionally, the Jayhawks has sold out 258 consecutive games in Allen Fieldhouse dating back to the second game of the 2001-02 season. 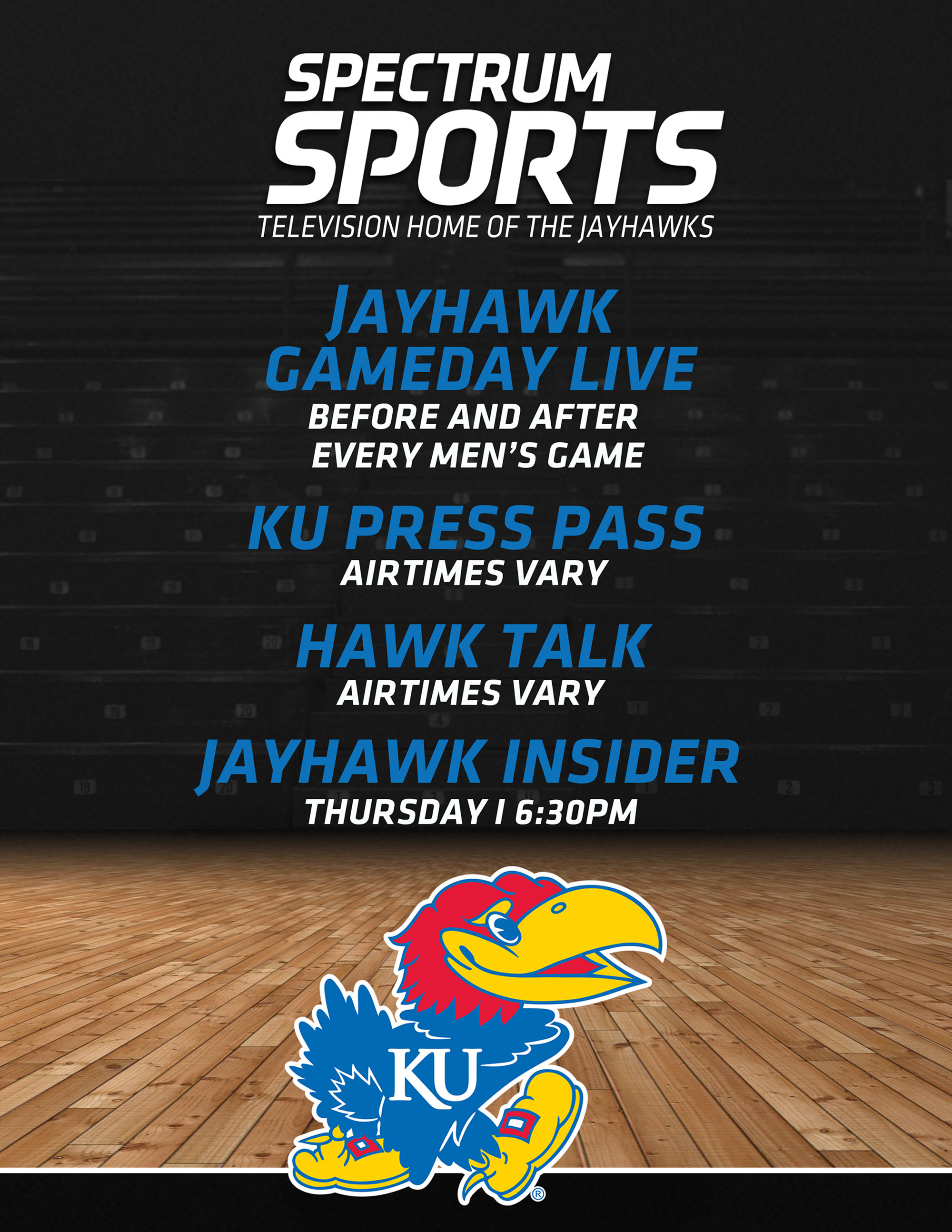 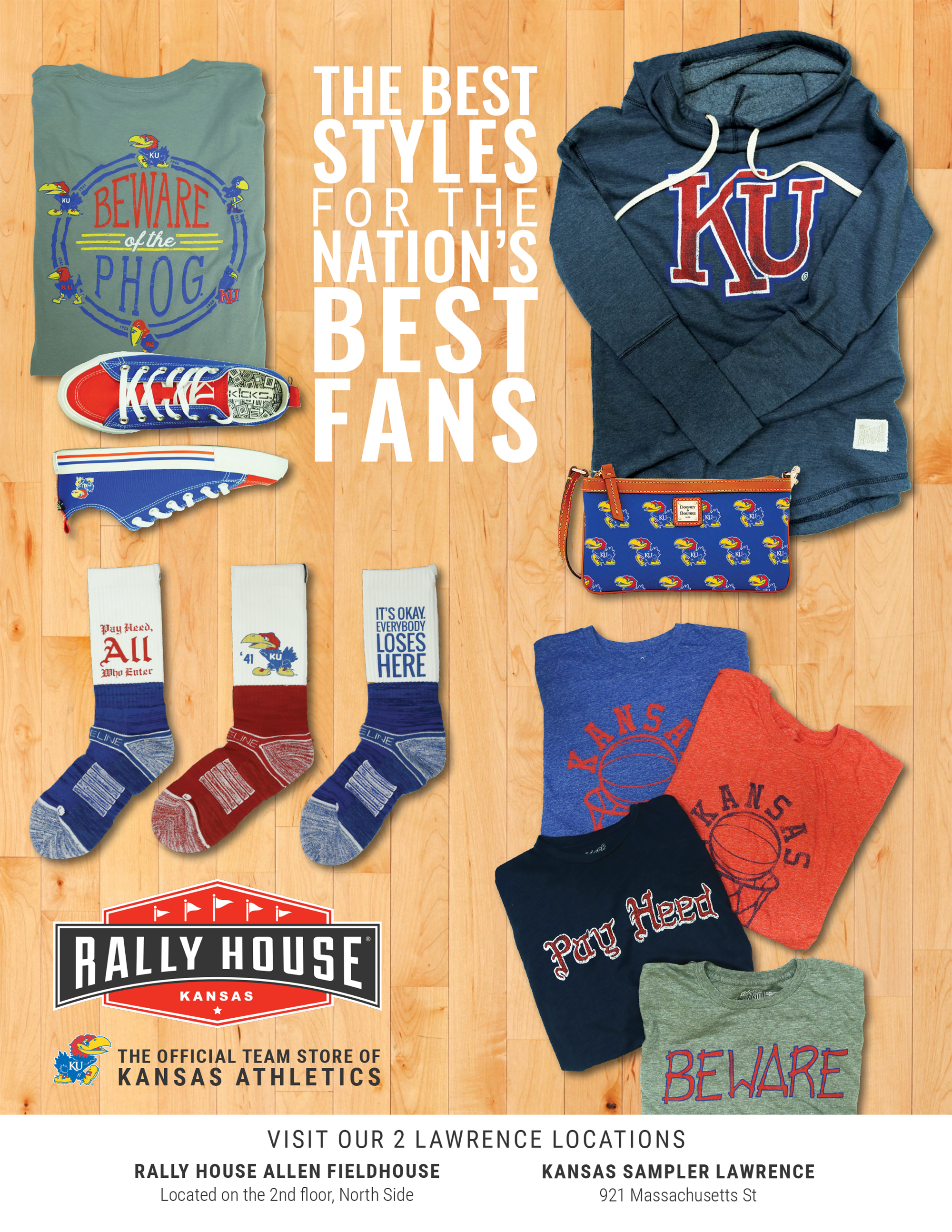 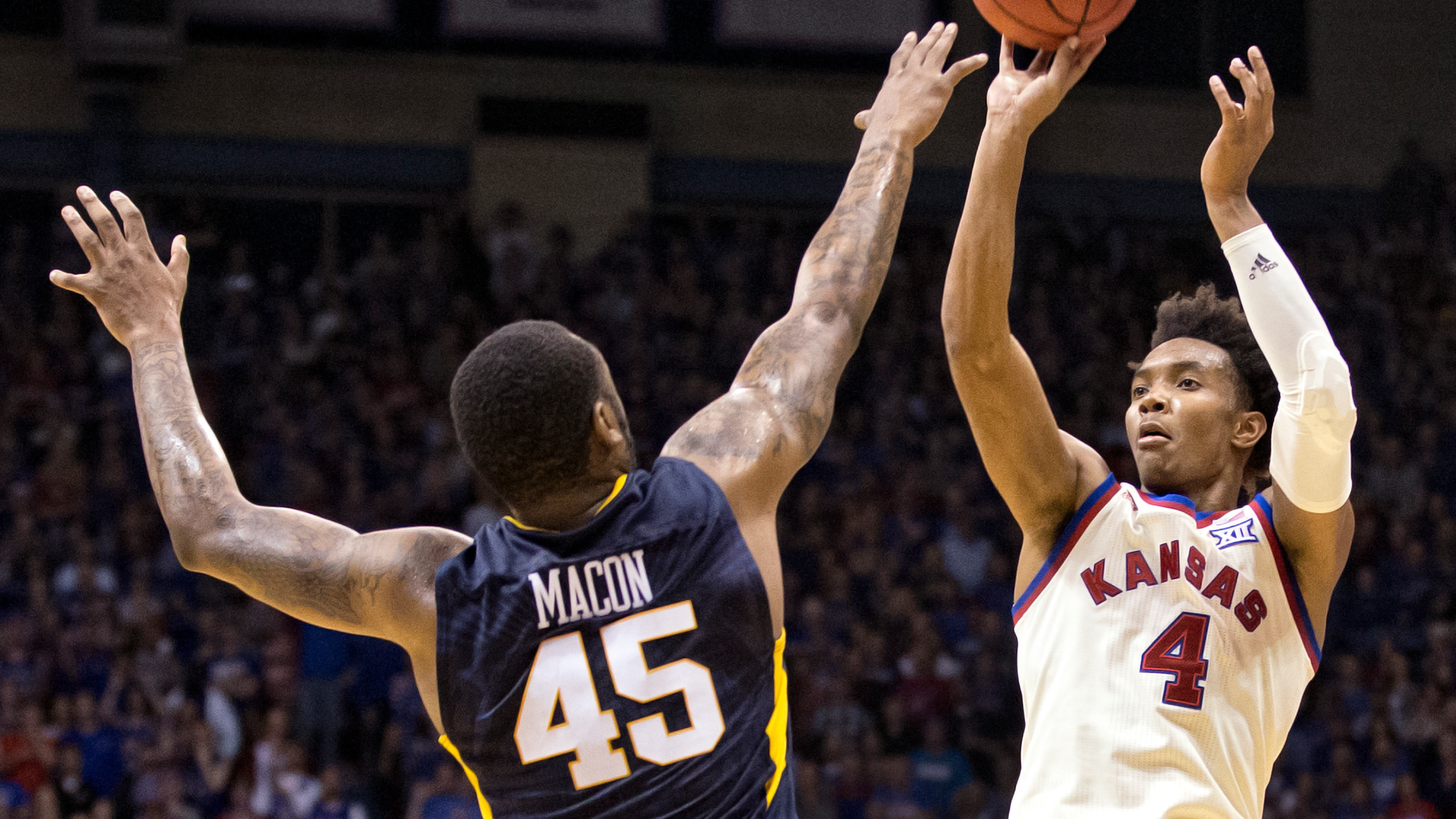 45 – Guard Devonte’ Graham enters his senior season 45th on the Kansas career scoring list with 1,075 points. Last season Graham score 481 points. Should he get the same in 2017-18, he would be the 22nd all-time Jayhawk to score 1,500 career points. Graham also ranks seventh on the KU career 3-point field goals made list, currently at 186, and No. 8 on 3-point field goals attempted at 452. His 94 3-pointers made last year are fourth on the KU single-season list. 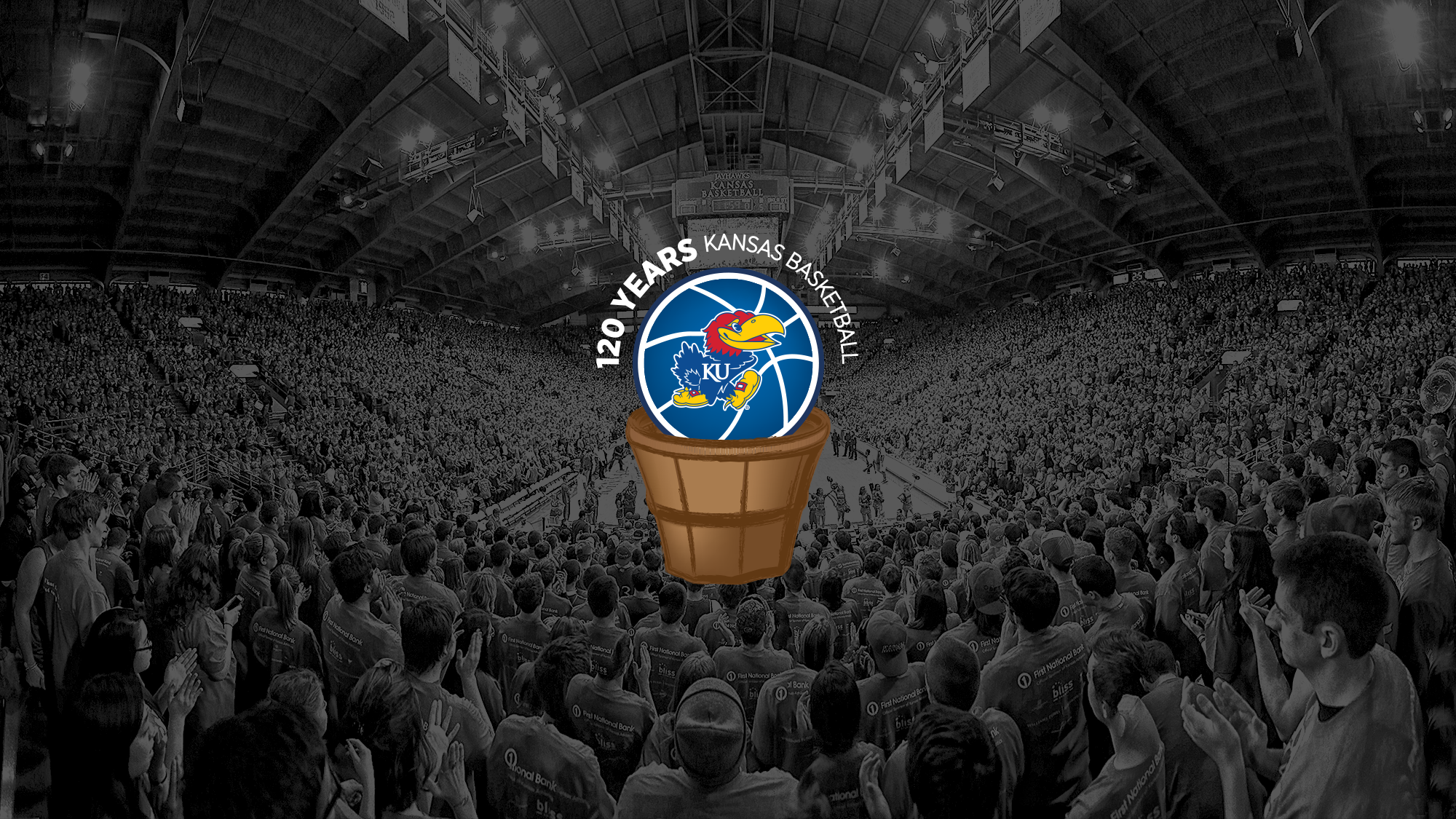 120 – Kansas will be celebrating its 120th season in men’s basketball in 2017-18. Reunion weekend will be held Feb. 2-3, when the Jayhawks host Oklahoma State. Additional ceremonies will be Feb. 17, commemorating the 10-year anniversary of the 2008 NCAA National Championship. That contest will also have the jersey retirement of Cole Aldrich. Two days later, on Feb. 19, Sherron Collins will have his jersey retired.