Kansas sophomore Yi-Tsen Chou has always had a love for golf, but that was not her first love. Chou was a dancer for seven years before she began going to the golf course to spend time with her parents. Chou’s parents mainly played golf as a leisure activity and she was just happy to be along for the ride.

“When I was 10, my father asked me for the first time if I wanted to try playing and I immediately loved it and changed my path to golf with no doubt,” Chou recalled.

She started competing in tournaments back in her home country of Taiwan and has never looked back since. In high school, Chou made the decision to come to the United States.

“In Taiwan, the environment for golf is not as strong as in the United States and my goal has always been to reach the LPGA so I thought coming to the U.S. would be the first step,” Chou said.

Chou originally visited Lawrence in June 2015 as a participant in an American Junior Golf Association (AJGA) event held at Alvamar Golf Club, now known as The Jayhawk Club. After visiting the University of Kansas campus and meeting head coach Erin O’Neil, she ultimately chose Kansas because it was where she felt most at home.

Coming to the U.S., Chou was excited to learn all the new golf courses and the American-style of golf.

“We have caddies around us in Taiwan so we can ask them about yardage, how to play the course, or how the grass grows on the greens,” Chou said. “In the U.S, I have to do everything by myself and make my own decisions on the best way to play the course.”

This proved to be a big adjustment for Chou but with practice and a little help from O’Neil, Chou was able to quickly learn this new aspect of the game. 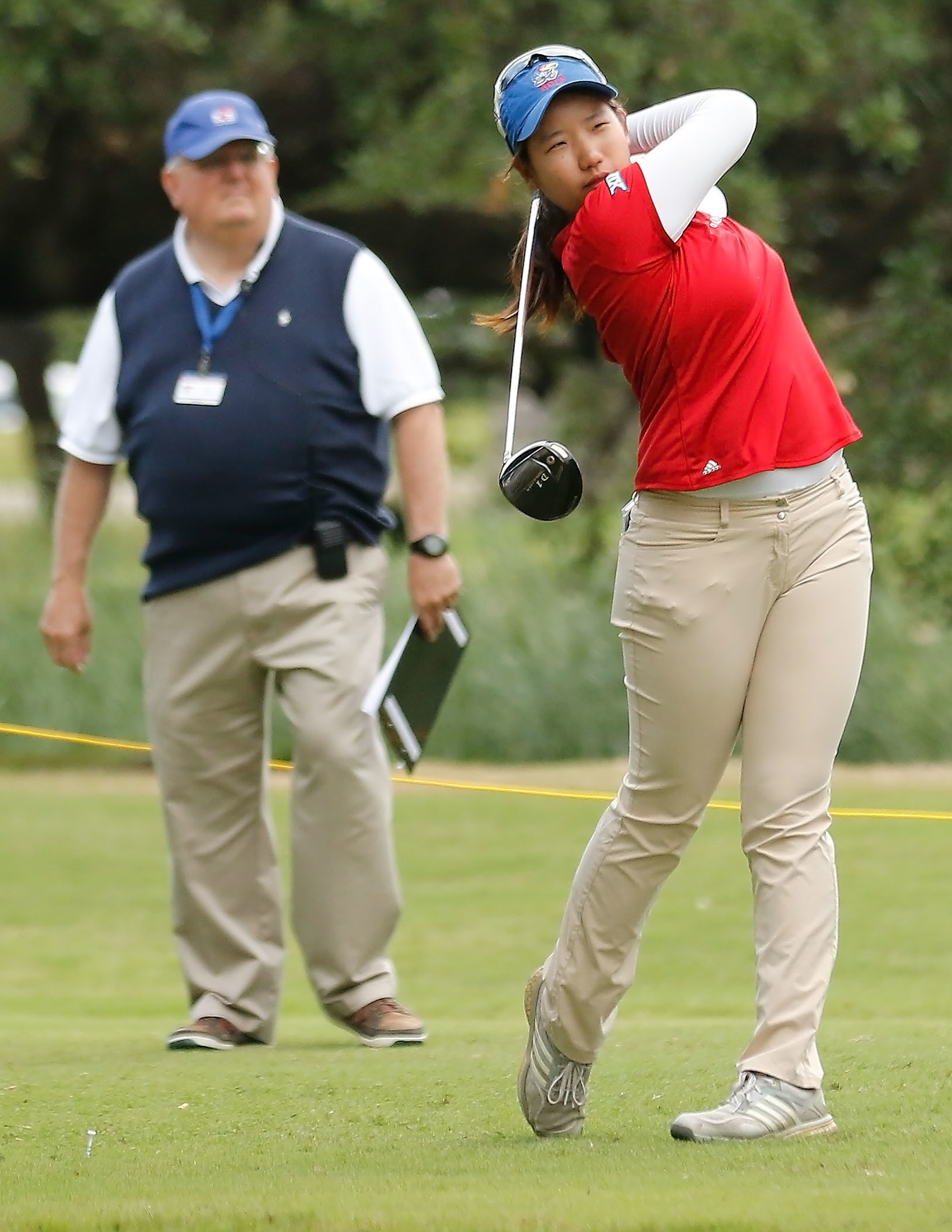 Chou had an impressive freshman year and finished the 2016-17 season strong in a tie for ninth place at the Big 12 Championship, the first Kansas freshman to finish in the top-10 since Yupaporn “Mook” Kawinpakorn tied for 10th at the event in 2013, prior to becoming the program’s first All-American.

Chou’s success at the Big 12 Championship transferred back to her home country of Taiwan over the summer of 2017, where she won the Yeangder Amateur Classic and finished as the top amateur in the Kaohsiung Golf Heritage Tour, winning by 12 strokes.

Chou credits her summer success to her strong work ethic and gaining more confidence in her abilities.

O’Neil agrees, “Yi-Tsen has one of the best work ethics on the team, any free time she has is typically spent at the golf course working on her game.”

Chou’s strong work ethic can be seen not only from the greens, but also in the classroom.

“In Taiwan, athletes don’t care about academics the way athletes do in America, so it was a big step for me not focusing on academics and then coming to the U.S.,” Chou said.

The adjustment from high school to college is difficult for many. Chou had to deal with learning a new language, being over 7,000 miles from home and balance her focus between athletics and academics. This proved to be no test for Chou though, as she was named to the Fall 2016 Athletic Director’s and Big 12 Commissioner’s Honor Rolls for her perfect 4.0 GPA.

O’Neil also believes Chou’s coachability has played a major role in her success on the course. 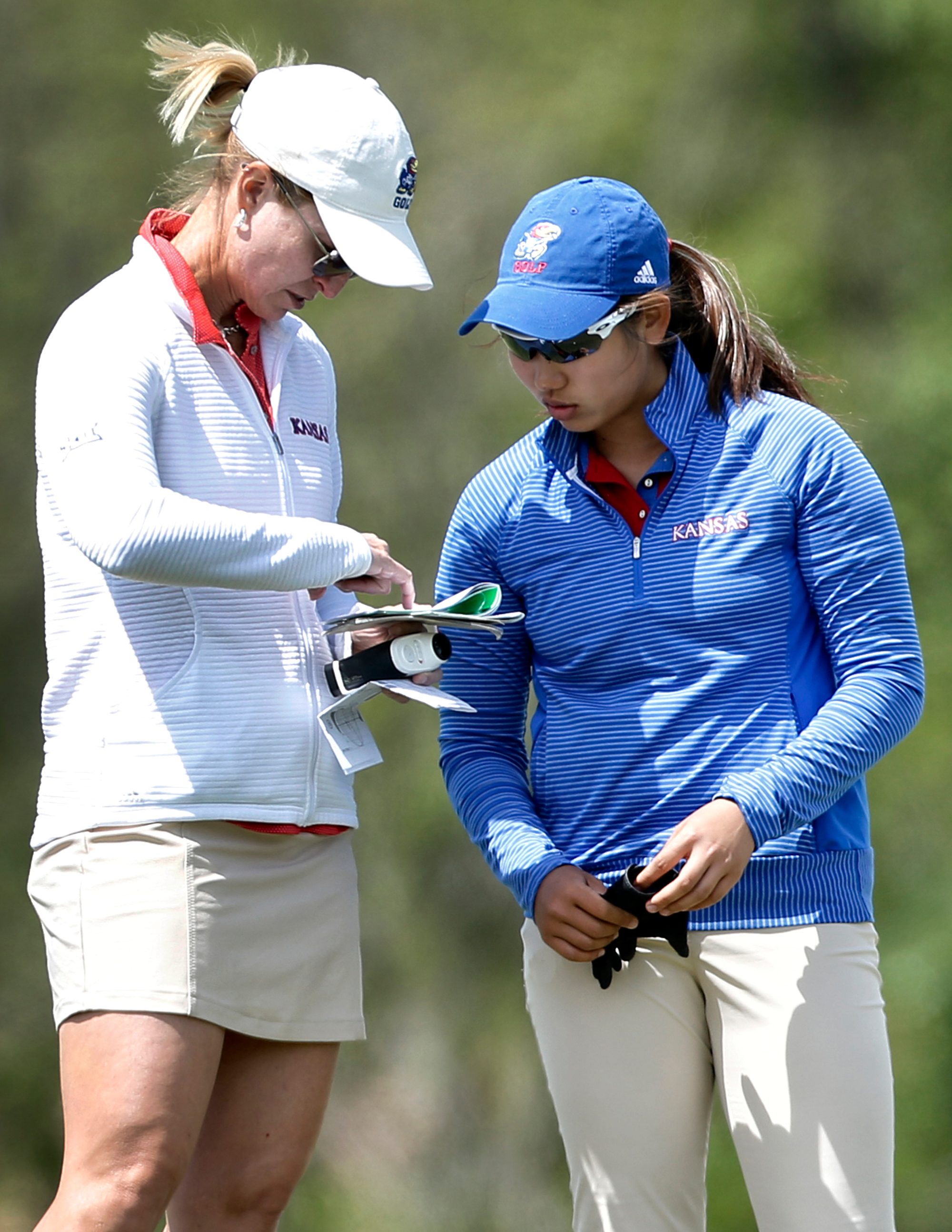 “Her game has improved significantly since arriving on campus and a lot of that has to do with being coachable, which is necessary for anyone to be successful,” O Neil said. “We are able to talk through changes she needs to make to her swing, course strategy, etc. and she is diligent in putting the time in to make those changes a part of her game.”

Chou said if she learned anything from her freshman year as a Jayhawk, it was the mantra, “No pain, no gain. Do everything extra, and stay in the moment at all at times.” To perform her best, Chou knew she had to work on her mental game and her swing. Chou said she was confident in her preparation before the Yeangder Amateur Classic which took place in late July; however, she slightly struggled because it was her first time home since January and she was dealing with symptoms of jet lag.

“The tournament was played at my home course so I knew everything very well but I had to adjust to the new greens and the new time zone within days,” Chou said. “But I just told myself it’s my home course and I need to just have fun and play.”

Chou had to personally challenge herself after shooting an opening-round 77.

“I know I’m the type of person who can play well in a tough situation,” Chou said. “So, the first day I told myself, ‘Don’t panic and just play.’ I didn’t shoot that well but I put myself in a good position to catch up to the leader. On the second day, I realized I knew everything about this course and I’m supposed to shoot low scores, and then I told myself I was going to win the championship.”

Within the week, Chou was already competing in another tournament, the Kaohsiung Golf Heritage Tour. Chou went into the event relaxed and confident in her abilities to win. The tournament leaderboard was separated by the Taiwan Ladies Professional Golf Association (TLPGA) and amateurs such as Chou.

“I enjoy playing with professionals. I’m more comfortable playing around them and I think my golf skills also improve,” Chou said.

Chou closed out her summer in Taiwan winning the Kaohsiung Golf Heritage Tour by a notable 12-stroke victory. 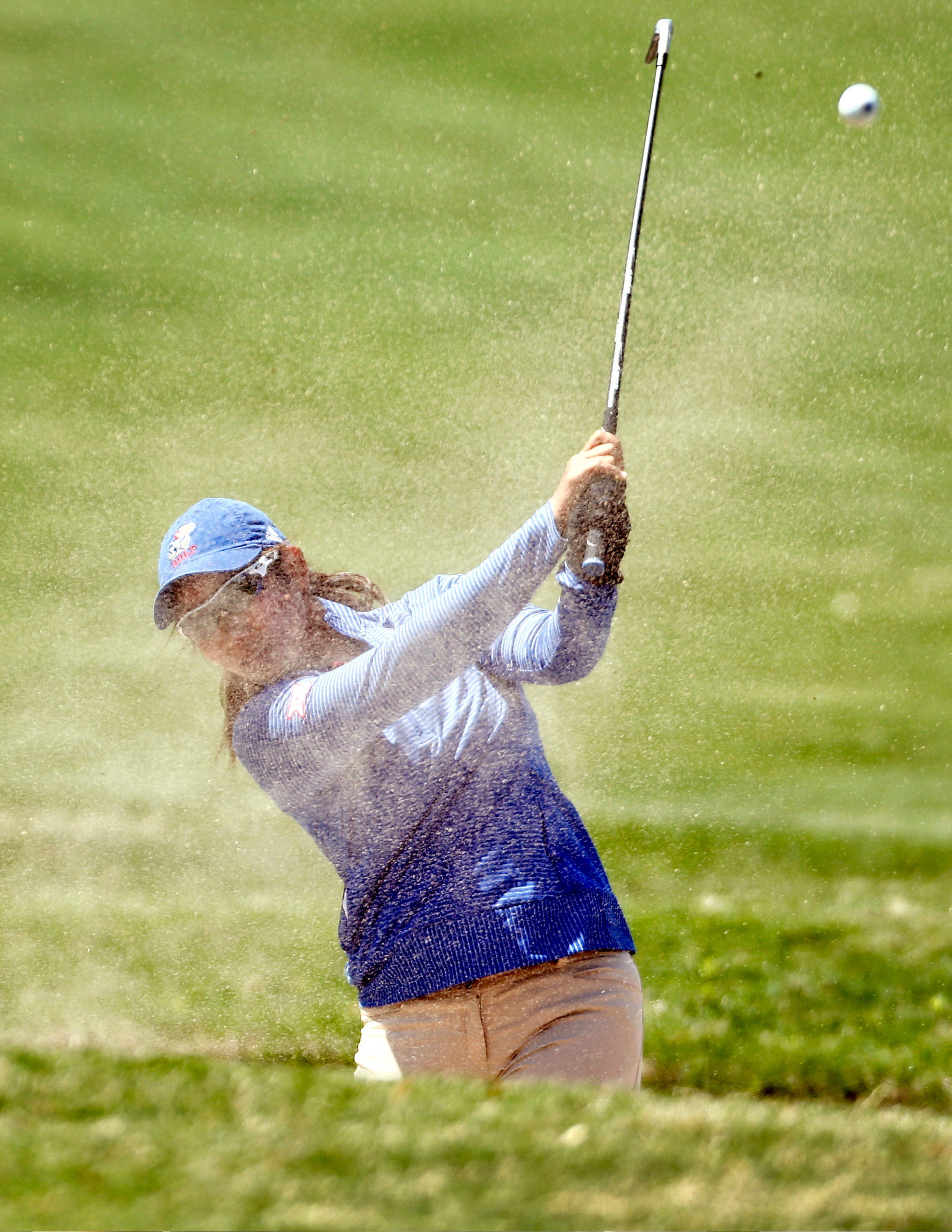 After an impressive freshman season and gaining two tournament victories over the summer back home, Chou has gained more experience about what it takes to win at the Division I level and is excited for the upcoming season to start.

“I wish our first tournament started tomorrow, I just want to get out there and play,” Chou said.

Chou has set some lofty goals for herself this season, one being to win her first collegiate tournament and the other to qualify for the NCAA Tournament in May.

O’Neil was impressed by Chou’s freshman season and is excited about her future at KU.

“It’s very exciting to see a young player like her come in and grow so much in just one year,” O’Neil said. “As Yi-Tsen continues to mature as a person and a player I believe she will be one of our most successful players.”

As a team, O’Neil just wants her players to work hard each day in practice, workouts and in the classroom so that they are fully prepared when tournament time comes.

“Essentially, our goal is to focus on what is in our control and the rest will take care of itself,” O’Neil said. “If we do that, combined with being mentally tough, then we will have a great year.”

Chou’s transition to a new country, college and becoming a Division I student-athlete, while difficult, has not deterred her from accomplishing her goals. After a year in America, working day in and out on her weaknesses and building upon her strengths, she feels strongly about what she can accomplish this year for not only herself, but for KU as well. With three years of collegiate eligibility left at Kansas and a top-10 Big 12 finish already under her belt, Chou’s future at KU is bright. Her strong work ethic, determination and love for the game of golf will continue to prompt her success as a Jayhawk and continue to change her path.