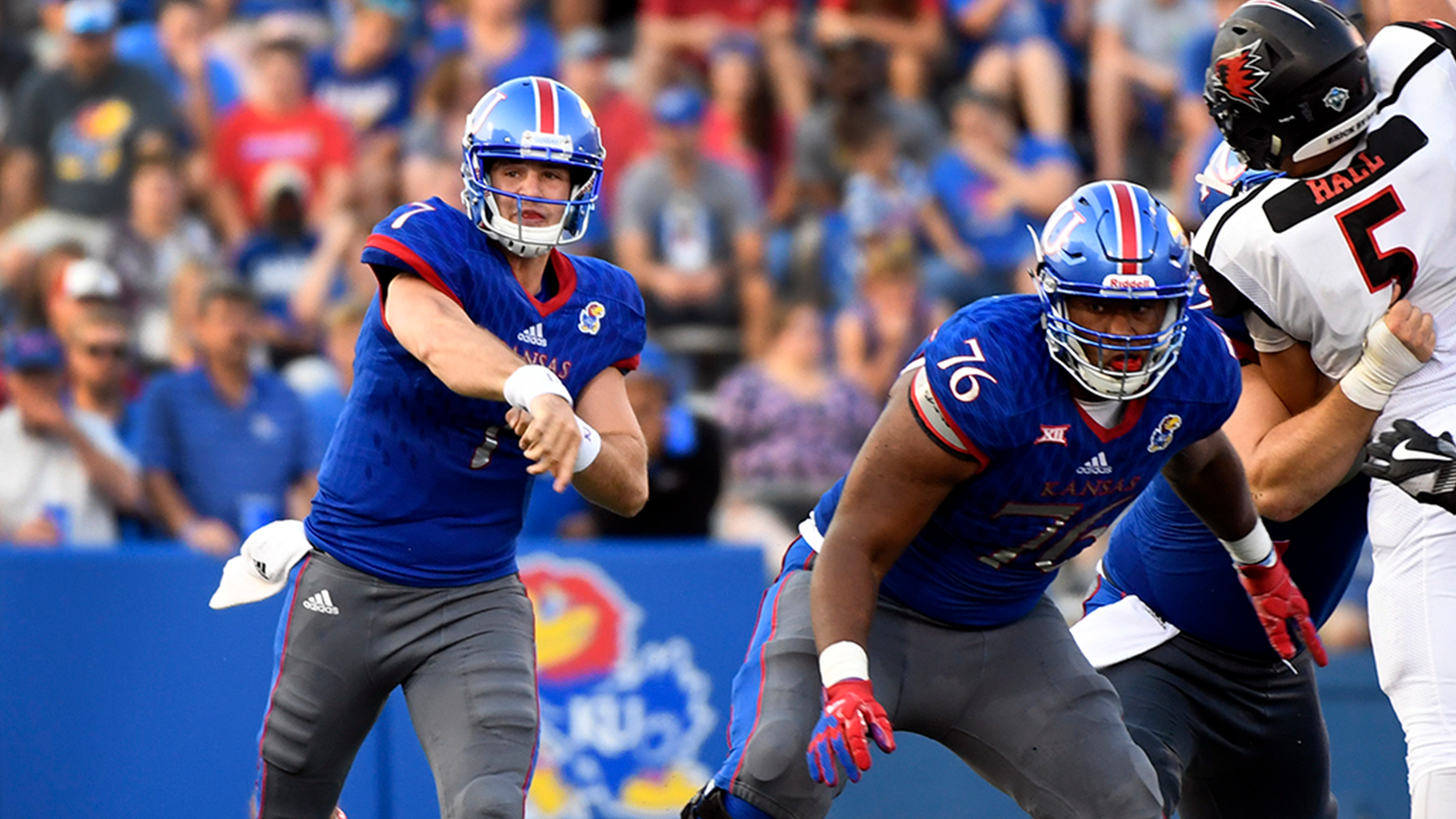 The transfer quarterback made quite a debut with the Jayhawks, as Bender passed for 364 yards and four touchdowns in the 38-16 win over Southeast Missouri State Saturday. Both marks were the most by a Kansas signal caller since Todd Reesing’s 498 yards and four TDs against Missouri in 2008. Bender completed 23 of his 37 pass attempts, while completing tosses to nine different receivers. His longest completion was a 77-yard touchdown pass to junior Steven Sims Jr., on KU’s third offensive play of the game. 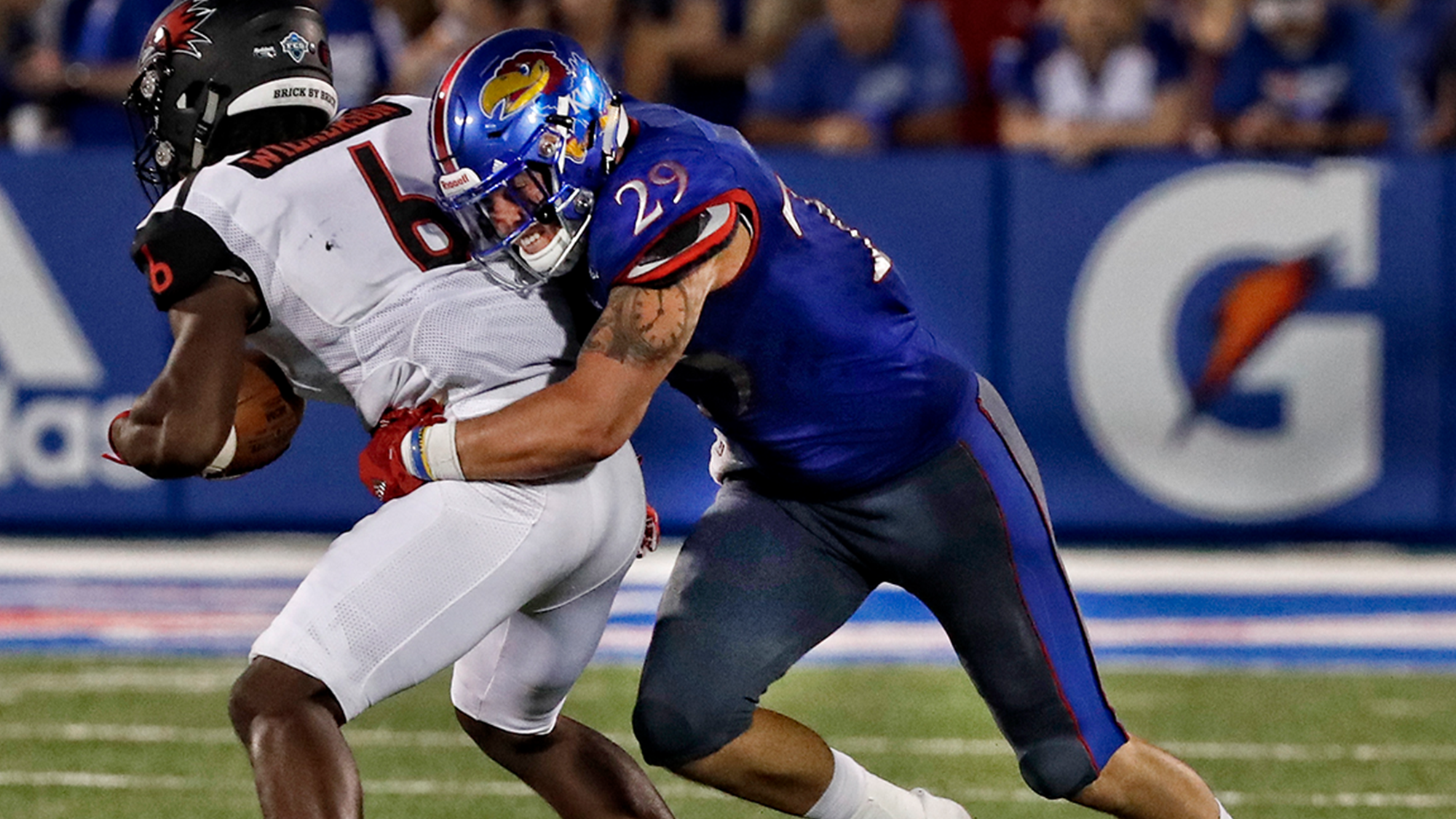 After missing nearly all of the 2016 campaign due to injury, Dineen returned to the field in full force and collected a game-high 15 tackles, including 11 solo stops, in Kansas’ 38-16 win over Southeast Missouri State Saturday night. It was Dineen’s fifth career double-digit tackle game and he also finished with 2.5  tackles-for-loss, tying his career high. Dineen anchored the Kansas defense that held SEMO to just 3.4 yards per play, the lowest output per play by a Jayhawk opponent since 2008. 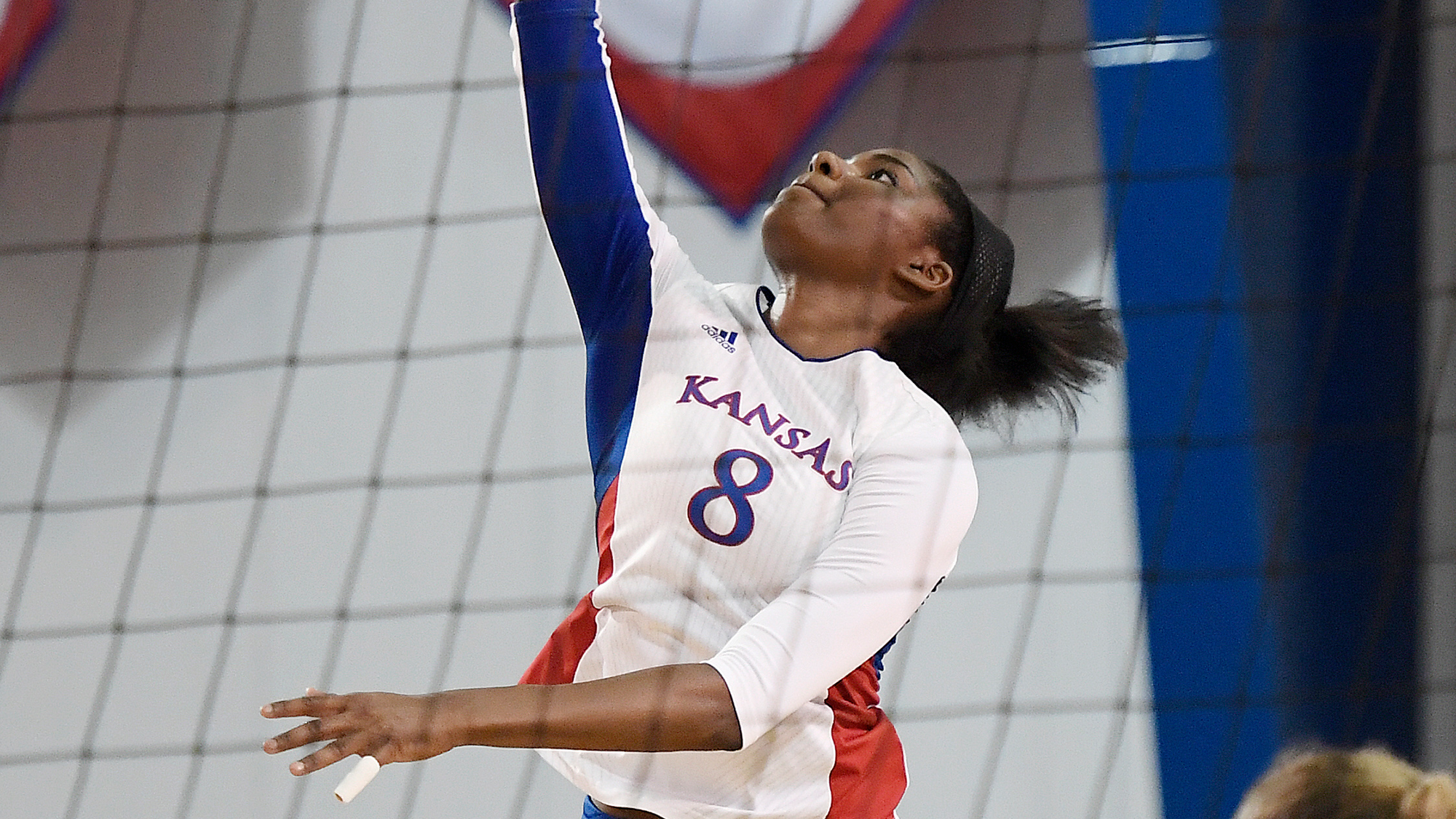 The “Payne Train” arrived and rolled through Orem, Utah over the weekend, as No. 9-ranked Kansas departed with the Wolverine Invite championship in tow and Payne claimed MVP honors. The right-side hitter collected 48 kills over three matches and averaged 4.80 kills per set on a .389 hitting percentage. With the tournament sweep, the Jayhawks are off to a 6-0 start for the third-straight season. 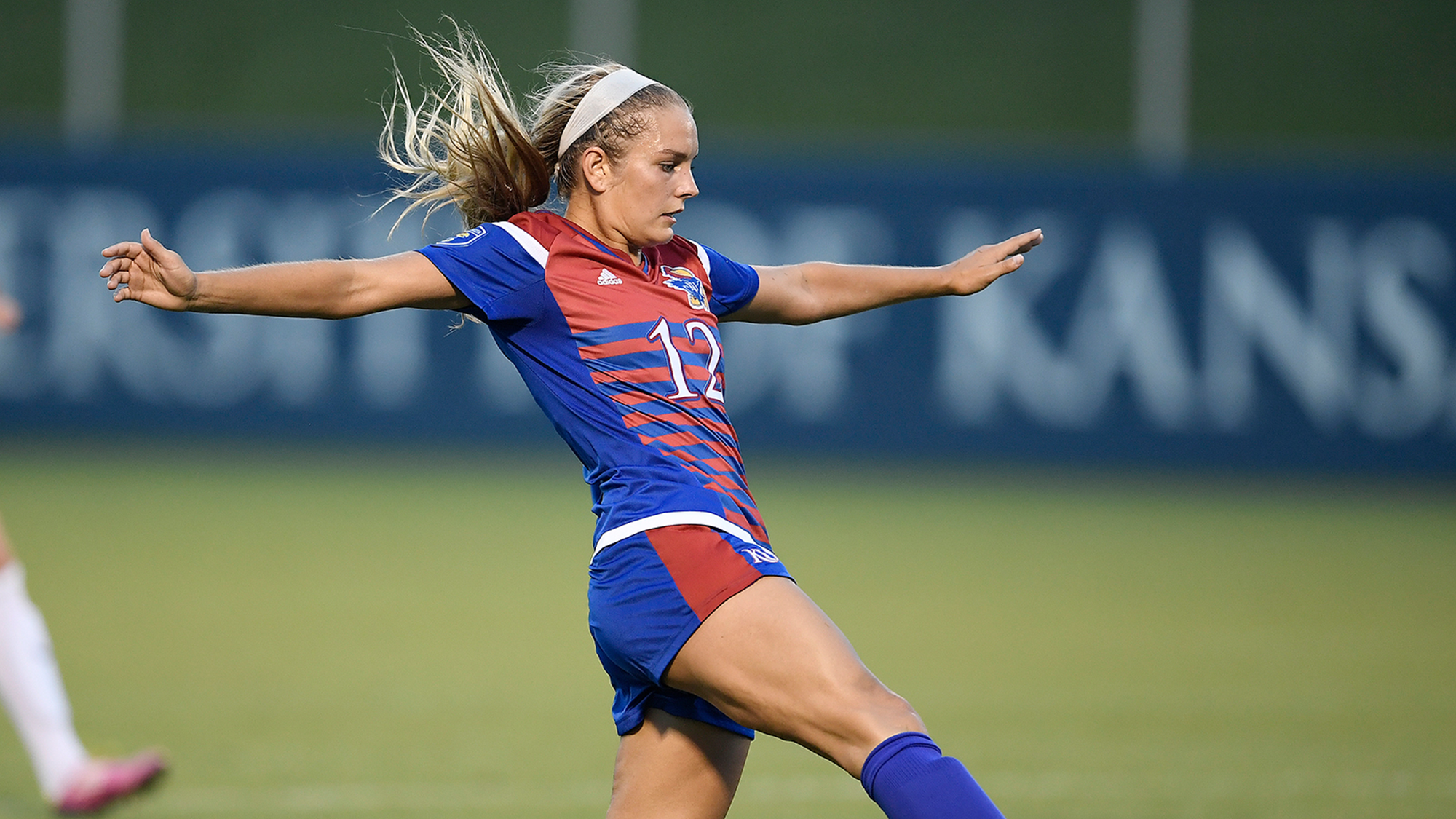 McClure picked a terrific time for her first goal of the season, as Kansas hosted No. 7-ranked and the reigning NCAA Champions USC Sunday night at Rock Chalk Park. In the 12th minute of the game, McClure took the pass from Grace Hagan and got a foot on it just inside the six-yard box and snuck a shot past the Trojan goalkeeper. Thanks to a USC own-goal, the Jayhawks held on for a 2-1 victory and extended their win streak to five.