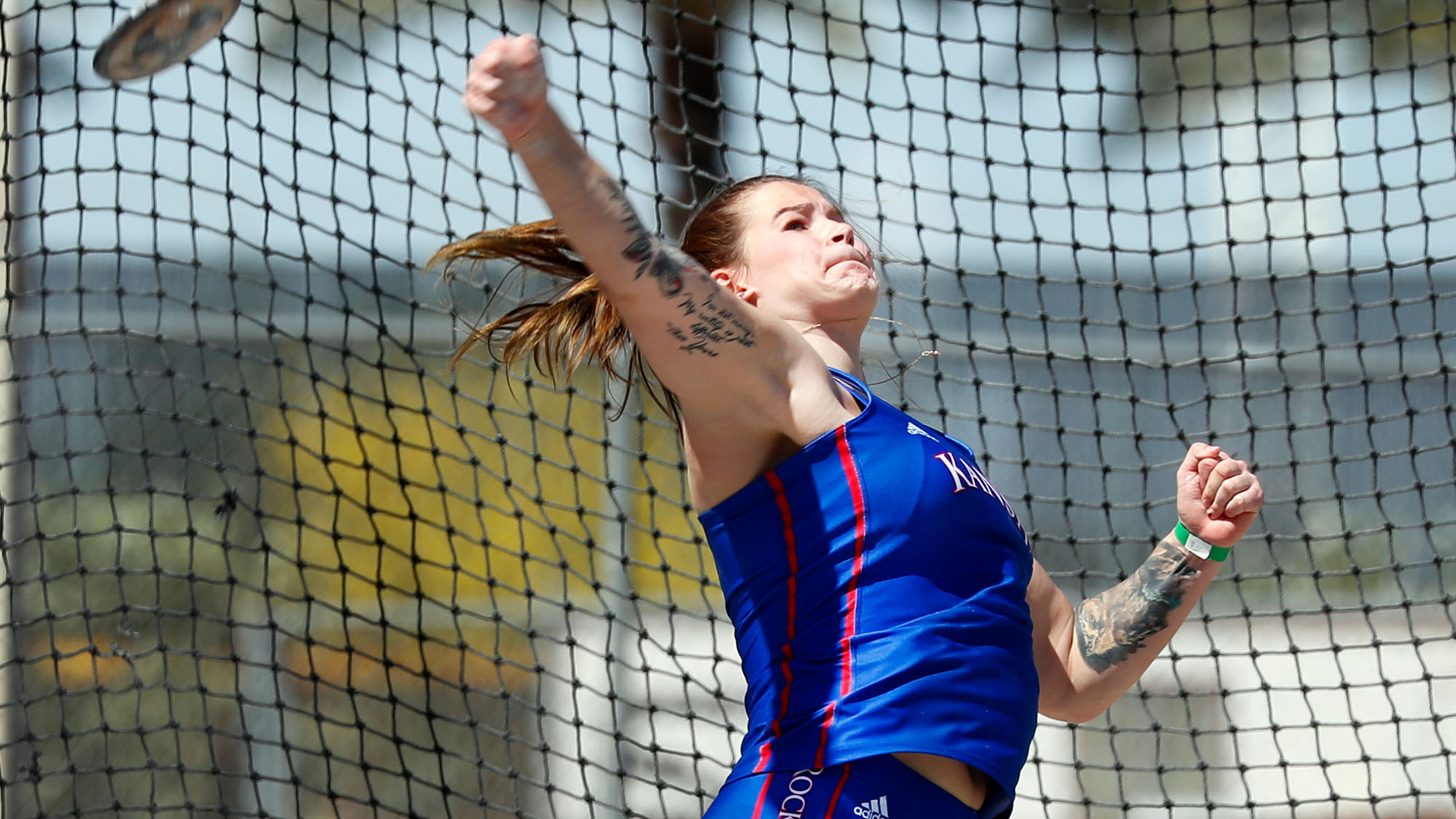 In her first outdoor appearance in a Kansas uniform, freshman Alexandra Emilianov shot up the KU all-time performers list in the discus with a throw of 55.58 meters (182-4 ft.) in the premiere section of the event at the Sun Angel Classic Saturday. The toss was good enough for second place in the event, and ranked as the No. 2 discus throw in Kansas history. Emilianov’s mark ranks No. 9 in the West Region and puts her in a position to qualify for the West Preliminary Round. 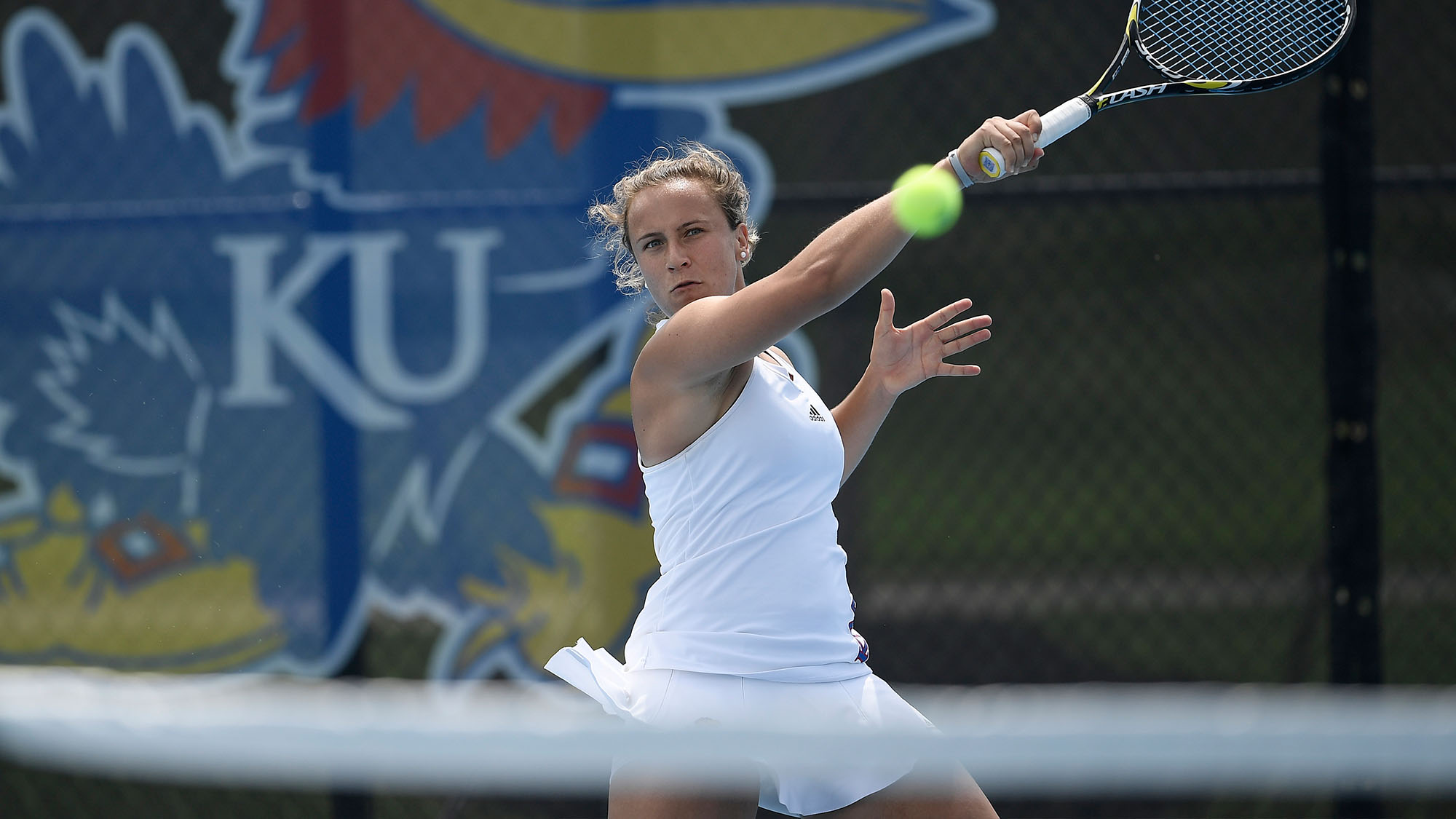 Junior Janet Koch helped guide the Jayhawks to a pair of Big 12 Conference victories over the weekend to extend the team’s win streak to four matches. Koch logged a pair of two-set victories at No. 2 singles with a 6-3, 6-2 win Friday at Iowa State and a 6-3, 6-4 win Sunday at West Virginia. Koch, along with doubles partner Amber Policare, also earned a victory at the No. 2 spot against the Cyclones. The KU duo notched a straight-set win, 6-0, while the pair’s match at West Virginia was unfinished due to the Jayhawks already claiming the doubles point in the other two matches. 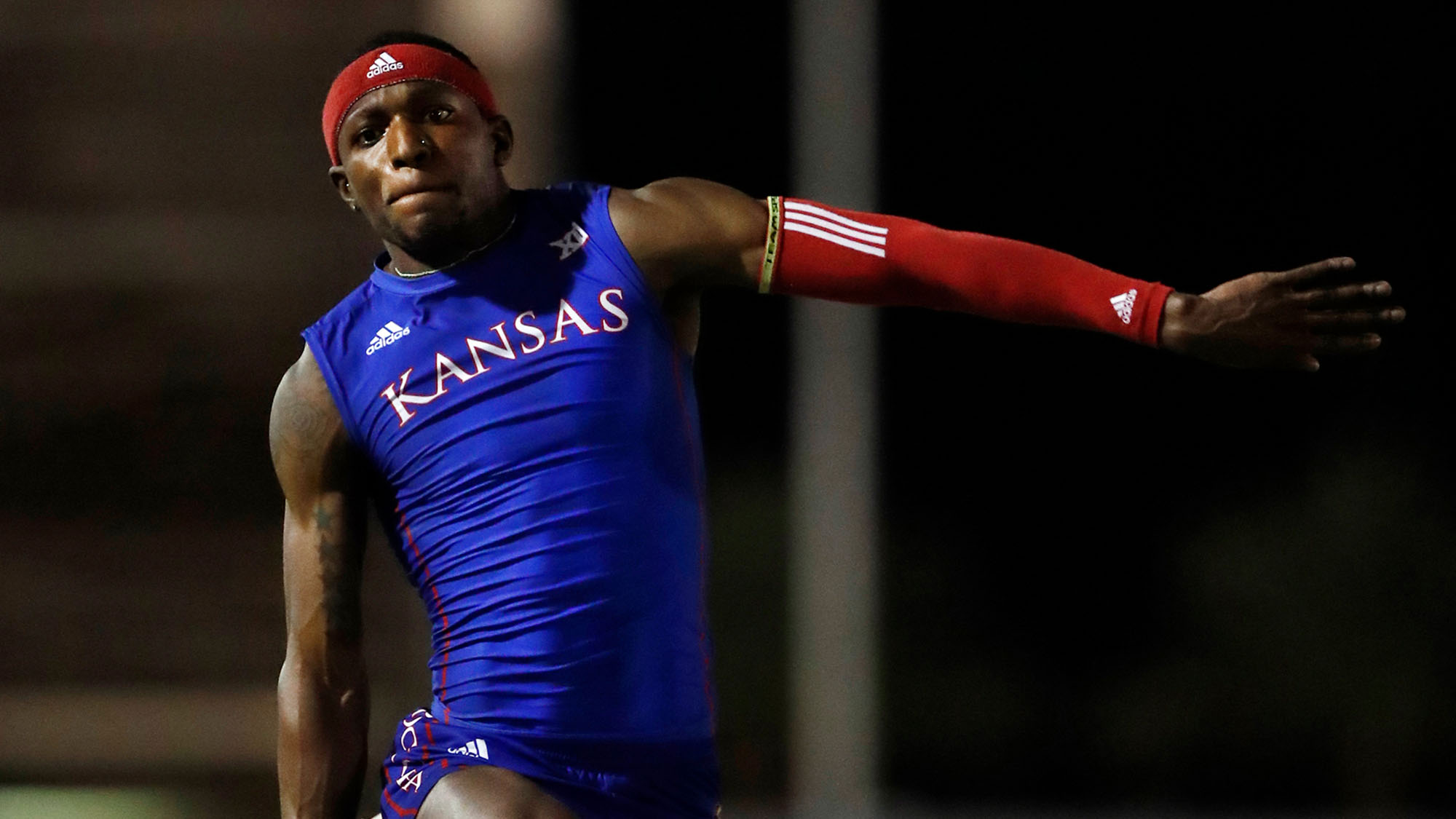 Senior Barden Adams came away with two event victories, winning both the long jump and triple jump, at the Sun Angel Classic Saturday. Adams first recorded a victory in the long jump by leaping out to his best mark of the event in his first attempt. The West Orange, New Jersey native hit 7.46 meters (24-5.75 ft.) and that was all he would need for the victory. Adams picked up the win in his signature event, the triple jump, by recording a mark of 16.26 meters (53-4.25 ft.) on his fourth attempt of the day. His winning mark ranks No. 2 in the NCAA this season and No. 1 in the West Region. 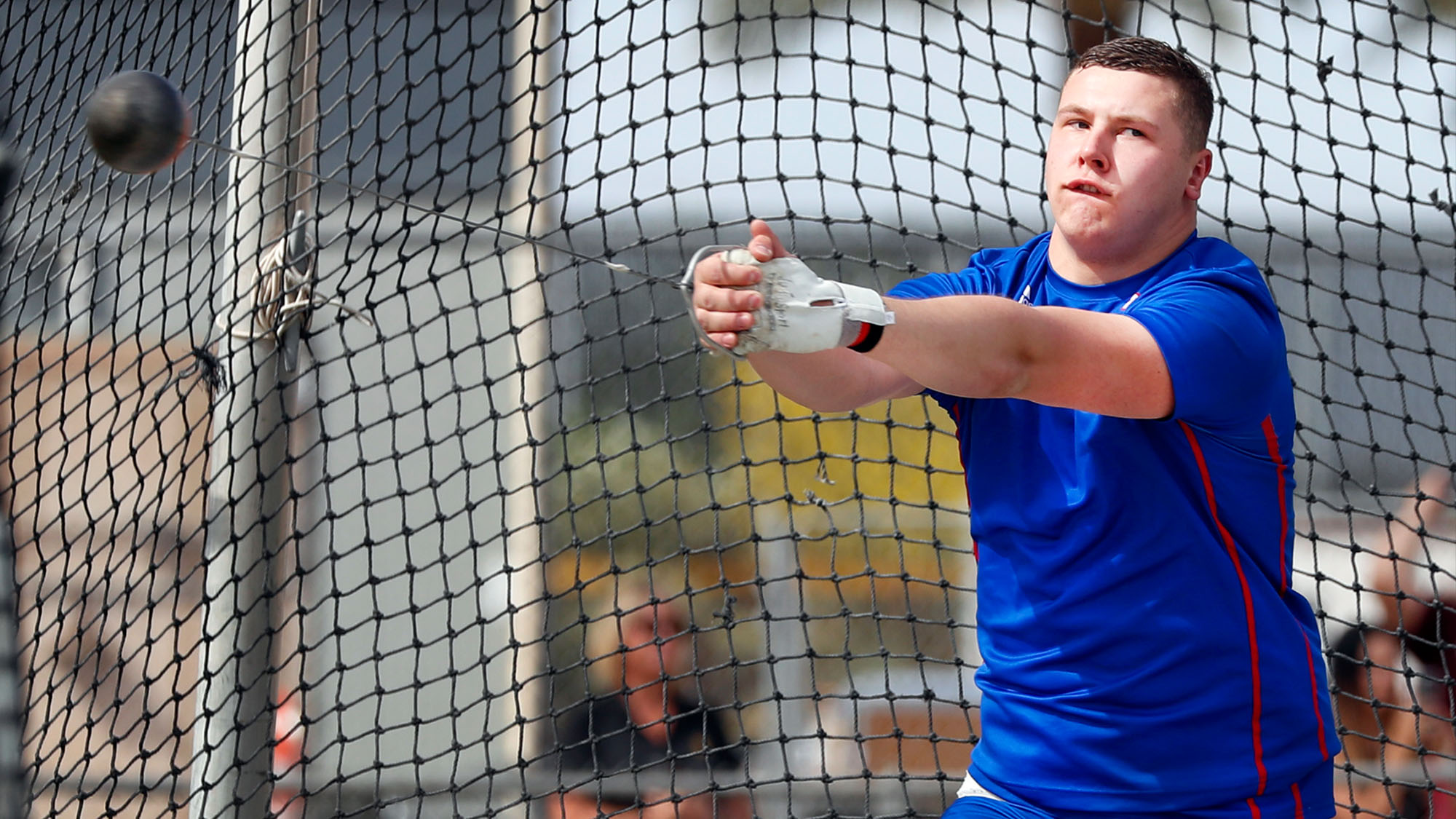 Four throws into his sophomore season, Gleb Dudarev broke his own hammer throw school record with a mark of 74.35 meters (243-11 ft.) at the Sun Angel Classic Friday where the 2017 Big 12 Champion and First Team All-American walked away with the event title. His mark currently places Dudarev second in the NCAA. When the event was completed, Dudarev finished with the No. 1, 2 and 5 throws on the KU all-time top-10 list, of which he owns all 10 marks.