A typical afternoon for a Kansas football player includes meetings and practice that starts at 2:45 and ends at 6:30 p.m. After practice most players will go relax or do their homework. That is not the case for sophomore defensive end Josh Ehambe.

A few days a week after football practice, Ehambe, a devout Christian, goes to Nexus Church in Lenexa, Kansas, to be a youth minister, where he serves as a leader and a mentor.

Ehambe got involved last summer when a friend and fellow KU student-athlete asked for help.

“(Nexus) asked my friend, (KU track and field athlete) Kai Shean, if he knew any student-athletes who would like to come and talk to the youth and share their testimony,” Ehambe said. “And I said, ‘Of course I would love to do it.’ So they invited me to church that Sunday and I fell in love with it.”

What Ehambe did not know is that before he joined the church, his family had a connection to the church from a long time ago. 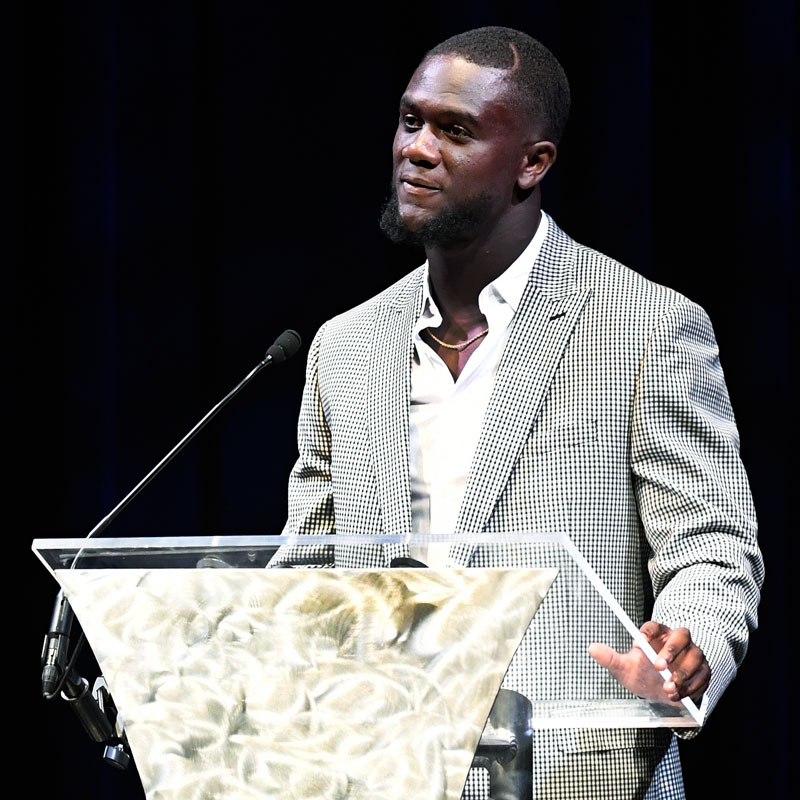 Ehambe’s father, Alex, a prominent pastor who used to preach on Christian television networks such as TBN (Trinity Broadcasting Network) and Day Star, preaches all over the world.

“As it turns out, the pastor of the church’s dad is named Mike Purkey, who preached with my dad back in the day on Day Star,” Ehambe said. “So I was like, ‘Man, this is where God wants me to be.'”

It didn’t take long for Ehambe to become a fixture at the church.

“I started going to it daily, so they asked if I could help out and be a youth leader and bring the Word and I said, ‘Of course,'” Ehambe said. “Whenever I can go, I am always there for the kids. Sometimes I will go eat lunch with them, I’m there to pray for them, if they need any advice — I’m there for them whenever I can be. I’m always there on Sundays, but if we do any events, like outside on a Saturday, I’ll try to get there and help them out.”

There are some student-athletes who never really find that right balance of being an athlete and a student at the same time. Add the element of ministry work into the mix for Ehambe, and he still thrives at all three.

The National Football League (NFL), as it is for hundreds of collegiate football players, is still a goal for Ehambe, but he knows that someone will be there for him if the NFL is not. 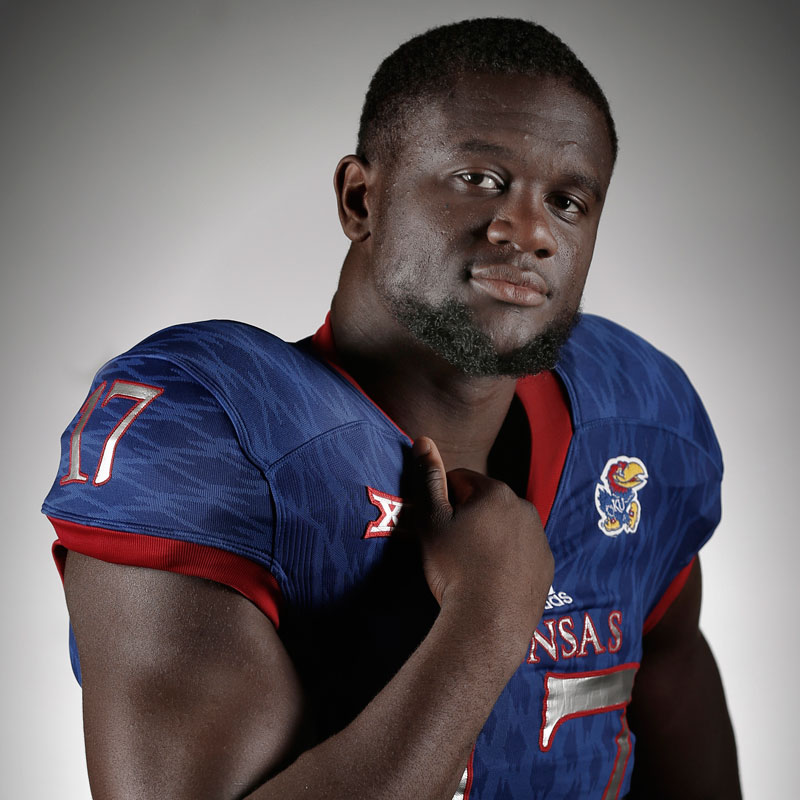 If professional football does not work out for Ehambe, he knows he will have a future in something.

Ehambe will always have faith in one being who will take him where he needs to go.

“It’s up to God. Wherever He leads me,” Ehambe explained.

Ehambe believes this to be true because both of his parents are preachers at the Resurrection Christ International Church in Irving, Texas, and his whole family has been involved in ministry ever since he was born. His family saw something in him from a very early age that suggested he may have a future in ministry.

“When I was a born, everyone could see me being a natural leader and being a pastor like my father,” Ehambe said. “My father named me Joshua after Joshua in the Bible. So I just felt that (ministry) was always my calling.”

Ehambe comes from a faith-based family, which is also a basketball family, with his brother Moses playing collegiately for Oral Roberts University from 2004-08, then for the Tulsa 66ers in the NBA Development League and currently in Germany for SC Rasta Vechta. But Ehambe took his own athletic path and found his niche in football.

“My first love was always basketball, but then I got a hold of a football and now it’s football,” Ehambe said. 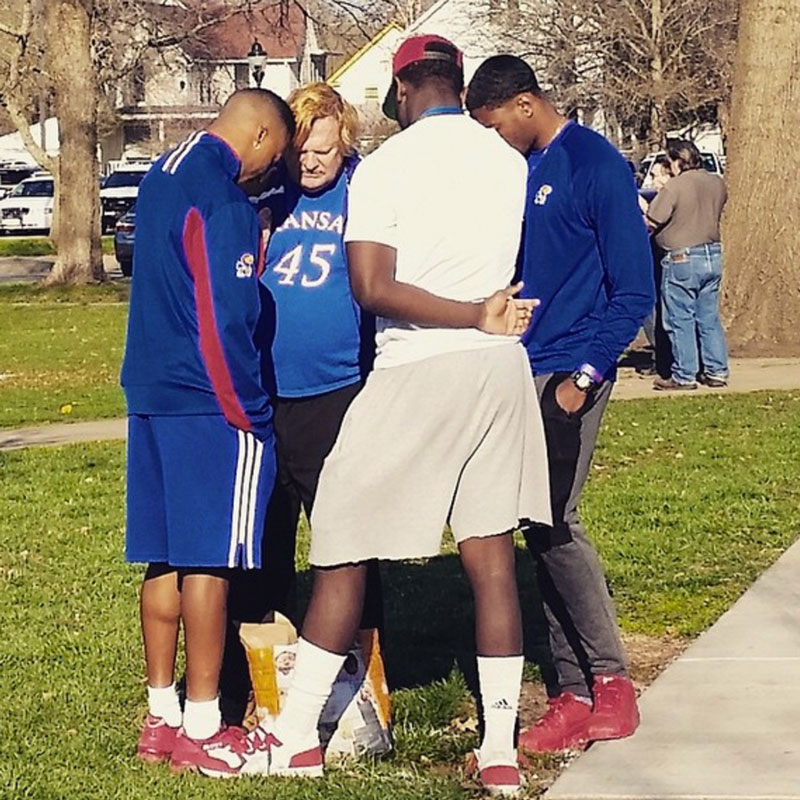 Ehambe’s talent could have gotten him to KU on its own, but when things out of his control started to happen, he had to rely on faith.

Ehambe went to Prime Prep Academy, a charter school named after and coached by NFL Hall of Famer Deion Sanders. The school closed in 2015 due to financial troubles.

While Ehambe was at Prime Prep, he was receiving a lot of interest from schools across the country, because of his ESPN three-star rating. However, that started to change when Prime Prep went through some academic turmoil that resulted in a lot of schools giving up on him, but there were a few that did not.

Ehambe, confused about what to do, had one question.

“I was like, ‘God what am I going to do? All of these schools are giving up on me.’ But I just had to keep having that faith,” Ehambe said. “And Kansas really stuck with me.”

The summer prior to classes starting in the fall of 2014, Ehambe was still unsure about whether he would be attending KU or not, but one thing stood firm.

“The fact that I had faith, everything worked out, because it made me work harder,” Ehambe said.

Because Ehambe grew up with active Christian parents, people saw him as a future pastor, and he believed it too, but maybe not for the right reasons.

“Growing up, I felt like I was just (practicing my faith) because they were doing it,” Ehambe said.

During Ehambe’s freshman year at KU in 2014, he made a realization about his faith.

Ehambe did not play his freshman year due to redshirting his first season as a Jayhawk. He struggled emotionally with not playing. During this time, however, he found something more important than playing football.

“Because of all I was going through, I just allowed myself to let go of everything and give it all to God,” Ehambe said.

There was one day Ehambe specifically has in mind that stands out to him. 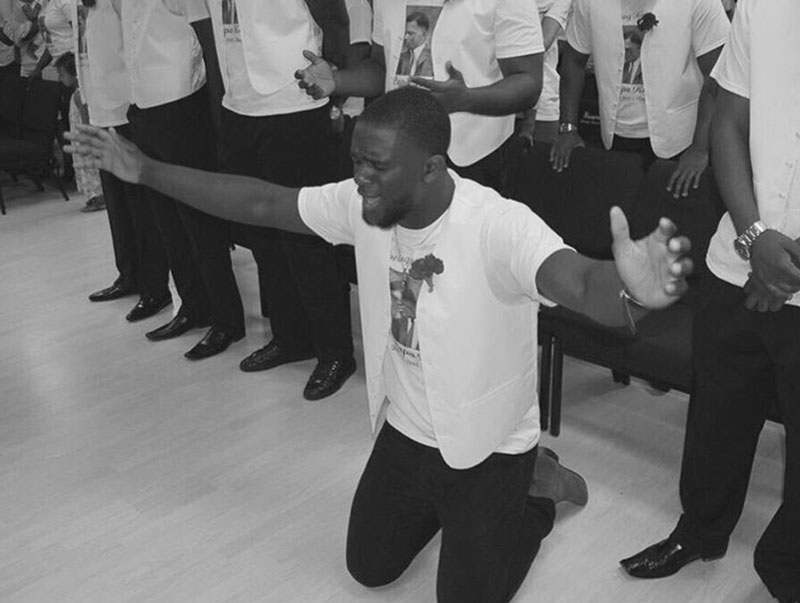 “That day, I remember I was in my room just praying and crying. That was the day I really like accepted Him as my Lord and Savior and actually started doing this for myself, not doing it because my parents are doing it. I did it because I understood it,” Ehambe said. “Because I wanted to do it.”

It was in Ehambe’s second year with the football program, where he was considered a redshirt freshman, and he could finally get out on the field. There was just one problem: he was not playing the amount of downs that he hoped he would. That’s where what he learned during his freshman year kicked in.

“I played a little bit of special teams,” Ehambe said. “But it’s really allowing me to lean on God rather than trying to do it on my own, the coaches or anybody else. It’s making me stronger. Making my faith stronger.”

With three solo three stops and one forced fumble on the season, he has played in four of the five KU games so far in 2016. As a sophomore, Ehambe has not gotten as much time on the field as he would like, but of all the things his work in ministry has taught him, one thing stands above the rest.

Now that he is in his third year in the program, one coach would say Ehambe is a leader not only on the field, but also through his religion. 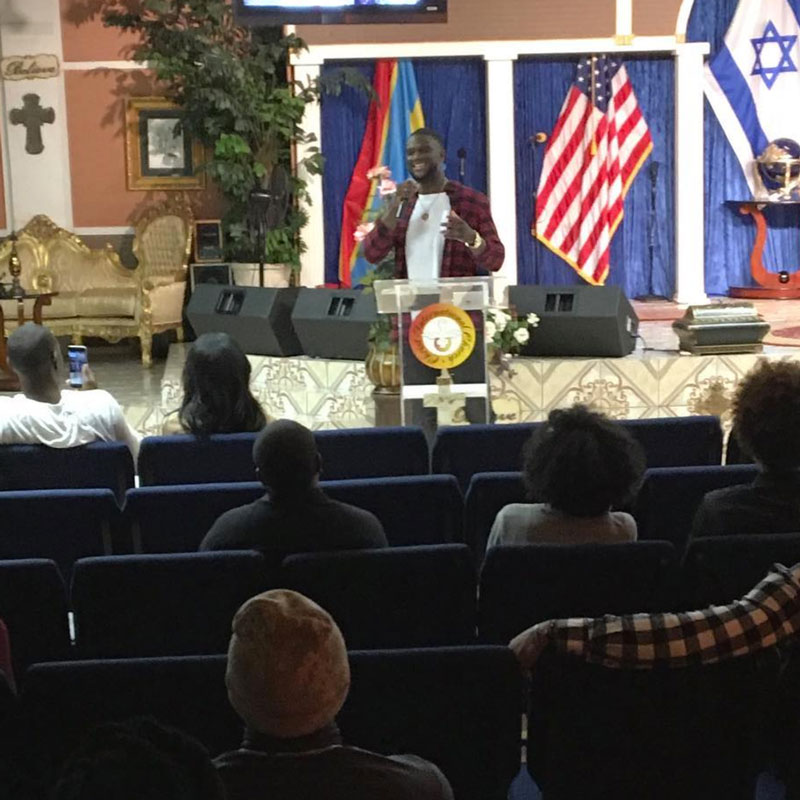 “Josh is a religious man. He has beliefs that are pretty strong,” said KU defensive coordinator Clint Bowen. “He is one of the leaders in terms of putting together opportunities for the players who want that (religion) in their lives. Kids know that they can go to him for that type of stuff.”

Ehambe also views himself as a leader on the team.

Not only through religion does Ehambe impact his teammates, but through life situations as well.

Although Ehambe has not played a lot of downs in his time at KU thus far in his collegiate career, it has not stopped him from trying to be the best athlete he can be.

Slater has noticed something in Ehambe that other coaches might not see.

“The amount that he cares. Because sometimes his body language will give you the impression that he doesn’t care, but he cares so much it almost hurts him,” Slater said. “He works his tail off in class, in the weight room and out on the field.”

Bowen has also been put on notice about how Ehambe carries himself on the field.

“He plays with high energy, kind of like his personality is,” Bowen said. “He goes on the practice field that way. You can count on him to have a little bounce in his step.”

Bowen is confident that Ehambe will get a lot more of what he wants: playing time.

“He’s progressing,” Bowen said. “He got some action on Saturday (October 8, against TCU) and he earned that. And he will continue to get more.”

Faith has taught Ehambe a lot about football, but football has taught him a valuable skill about faith and his ministry work.

“What I’ve been going through has taught me a lot about perseverance. With ministry, that’s what God talks about is perseverance,” Ehambe said. “What I’m going through teaches me that I just have to push through. I’m able to share that with youth at my church; that not everything in life is going to go your way, but you have to persevere and fight through it and hope the best is going to come.”

While football has been an important part of Josh Ehambe’s life for many years and has gotten him an education and memories to last a lifetime, the reason that he has been able to be the man and football player he is today has been his faith in God. That is why he always says, “Faith first, then football.”