Since day one Kansas head football coach David Beaty has preached about having an advantage in the third facet of the game, special teams.

“We’re going to win that third,” Beaty echoed in his first press conference at KU. “I’m excited about bringing a very aggressive style to Kansas.”

Teams that finish in the top third of the country in special teams production are generally good ball clubs. After a struggling showing in 2015 in that third phase, Beaty looks to find the answer in veteran coach Joe DeForest, whom he hired as his special teams coordinator.

Known nationally for his special teams expertise, DeForest brings with him 26 years of collegiate coaching experience, including having coached in 13 bowl games. He was named a Rivals.com Top-25 recruiter in 2004, 2006 and 2008, and has coached 28 all-conference performers, 10 All-Americans and 11 players who have gone on to play professionally.

“His special teams units have been among the top in every category throughout his time in the Big 12,” Beaty said of DeForest. “He brings a wealth of experience and knowledge that will help our program moving forward.”

That progress begins with veteran kicker and lone returner Matthew Wyman. Midway through the 2015 season, Wyman took over all the kicking duties and became just one of four kickers in the FBS to handle all four kicking duties: kickoffs, punts, field goals and PATs.  Wyman’s leg has accounted for 90 points in his career with a career-long 52-yard strike under his belt.

Rui scored 72 points and was the Golden Norsemen’s leading scorer in 2015 after connecting on 33-of-34 extra points and 13-of-14 field goals. Moos punted the ball 40 times for NEO for 1,514 yards and a 37.9 average, landing 12 punts inside the 20-yard line. The tandem was named to the All-Southwest Junior College Football Conference Second Team.

With an experienced leader and a quartet of quality legs to choose from, one thing is for certain for this group, they are going to have to #EarnIt. 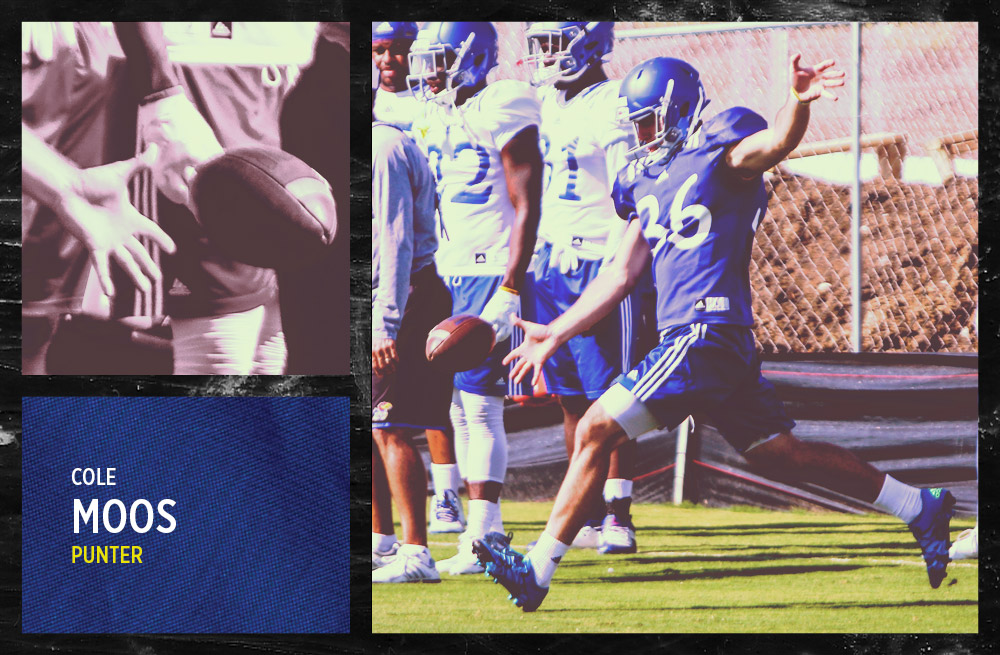 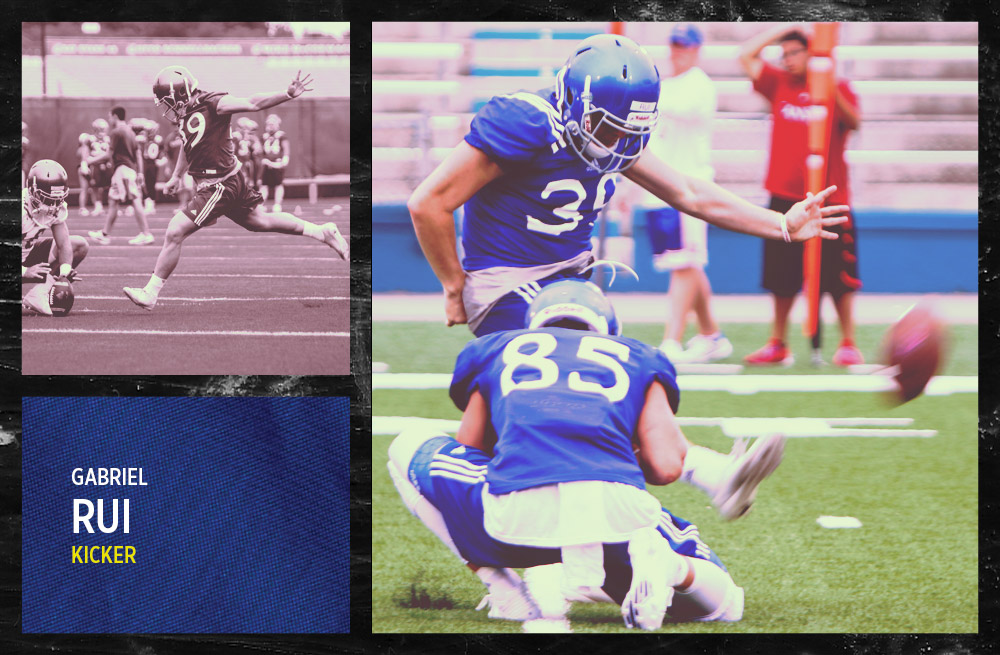 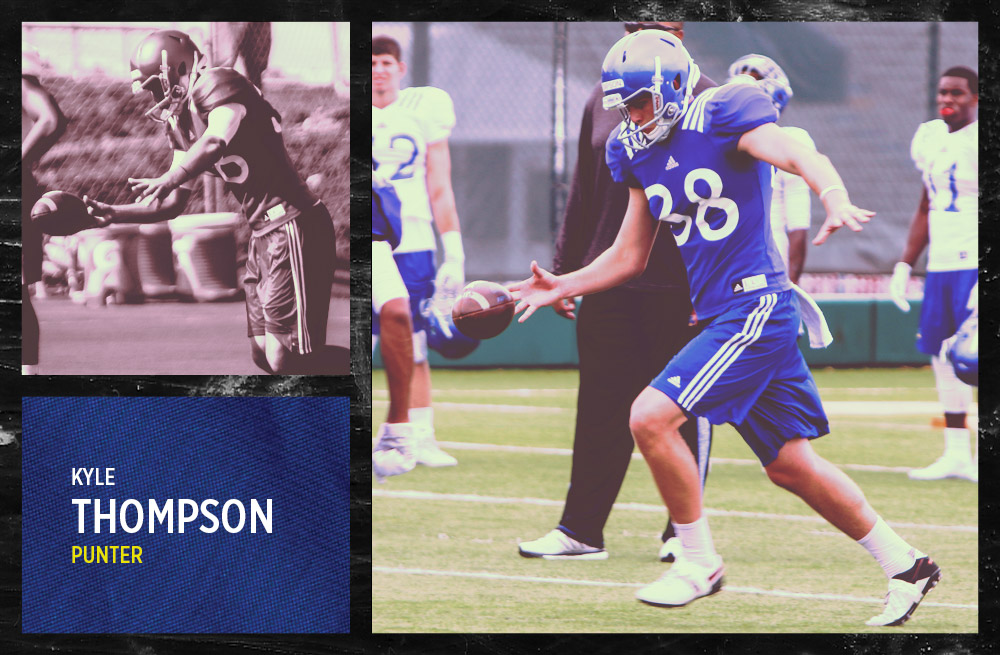 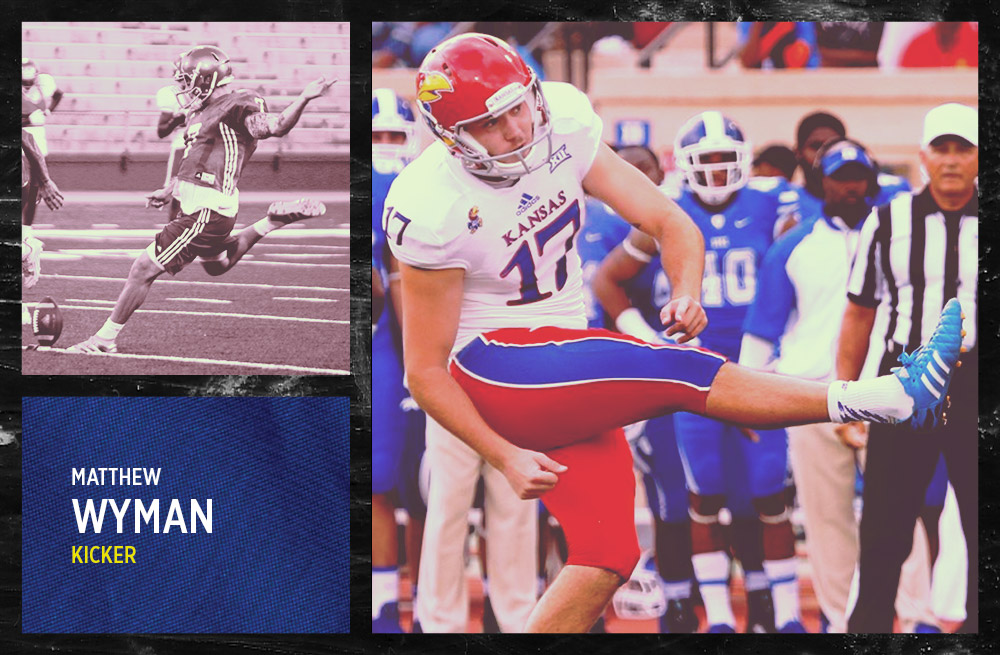