RCW: For Fonseca Diaz, Drive is Much more Than a Golf Term

Ariadna Fonseca Diaz, Venezuela native and sophomore golfer for the Kansas women’s golf team, was not supposed to be a golfer. That is, if her father had anything to say about it.

“My dad wanted me to play tennis,” Fonseca Diaz said. “But there was one specific day when my mom could not take care of me, so my dad was going to a driving range and let me come with him.”

Fonseca Diaz’s interest in golf was not as simple as her swinging a club, instead it started by something even more innocent.

“(The driving range) was two floors,” Fonseca Diaz said. “I remember that all I wanted to do was be on the second floor and throw balls at people on the first floor. I kept wanting to go (to the driving range) for the fun of throwing golf balls, but not actually practicing.”

After a few trips, the actual game of golf began to pique her interest.

“Eventually I saw other kids playing, and I really wanted to try it out,” Fonseca Diaz said. “It was that following Christmas that my dad got me a set of three golf clubs and I picked it up from there.”

After that, with some practice, Fonseca Diaz started playing in tournaments at age nine.

As she got older, Fonseca Diaz became more and more invested in the game of golf, and if she wanted to continue to play at a competitive level, it became necessary for her to leave her home in South America, and find a new home in the United States.

“I was not planning on coming to the U.S., until after graduating high school,” Fonseca Diaz said. “But during my sophomore year, I was in an IB (International Baccalaureate) school and I was the only golfer in the whole school. (The administration) told me I was not going to be able to keep up (with my school work) so they said that I need to either leave golf or find another flexible means of school. So I told my parents that this was the signal that I need to go.”

The next step was for Fonseca Diaz to choose where she wanted to live in the United States. Because her family frequently vacationed in Orlando, Florida, she was comfortable making the Sunshine State her new home. She chose to attend a boarding school that doubled as a golf academy, the Gary Gilchrist Golf Academy.

Because she had been to Florida many times before, Fonseca Diaz knew what she was getting into, moving full-time to the United States, but there was one thing that she felt was vastly different.

“Culture,” Fonseca Diaz said. “In South America, we are more open and relaxed and warm, but here you have to be more respectful and careful with what you say and do.”

During Fonseca Diaz’s first year of living full-time in the United States, the rest of her family was back in South America, but her mother and younger brother soon joined Fonseca Diaz, while her father remained away from the family.

After participating in many amateur tournaments and continuing to improve at the game of golf in her two remaining high school years, Fonseca Diaz began to attract the attention of college golf programs across the country, but she had Division I aspirations.

“There were a couple Division II schools in Florida, then some in California, Boston and Michigan, as well as some in Texas,” Fonseca Diaz said.

It was when Fonseca Diaz first visited Lawrence that she knew  the University of Kansas was the school she had been looking for.

“When I came here I fell in love with the environment, the traditions, the people and the program,” Fonseca Diaz said. “I just knew I had to be here.”

Now in her sophomore year for the Jayhawks, Fonseca Diaz, who has two top-five finishes under her belt, has, as of now, no plans to attempt to play professional golf, but wants to continue to be around the game after she graduates.

“I plan on going into public accounting, then go into the corporate side and start my own company,” Fonseca Diaz said. “Hopefully that company is golf-related, so I can enjoy the best of both worlds.”

A self-described “nerd,” Fonseca Diaz brings the same passion she has for business onto the golf course every day.

“I love competition,” Fonseca Diaz said. “Competition is what drives me. The more I compete, the better I get.”

Although she knows skill is very important, Fonseca Diaz describes herself as a better game-time player than a practice player.

“I get bored just at practice.  I will always do better in tournaments,” Fonseca Diaz said. “I will try to push myself and simulate a tournament environment in practice, but it is sometimes hard to dial-in in practice the way I do in tournaments.”

Practicing is one of the many skills that Fonseca Diaz’s Jayhawk coaches, head coach Erin O’Neil and assistant Katy Nahm, have taught her since joining the Kansas golf program.
“Before coming to college, I did not know how to properly practice, I didn’t know how to appropriately manage my time,” Fonseca Diaz said. “I owe them for all their support. I always underestimated myself and they have taught me a lot of confidence, how to deal with frustration and manage my emotions, as well as a lot of course management skills.”

“I think she has a much clearer focus when she comes to the (practice) course,” O’Neil said. “I think that is what has changed the most. She knows what she needs to work on and how to go about doing it.”

One of Fonseca Diaz’s favorite moments during her golf career was when she took on one of her talented peers in Venezuela.

“There was this girl who I grew up playing with and she always overshadowed me. She has played tour tournaments everywhere and is a Mexican superstar and I am just the local even though I played with her in international tournaments,” Fonseca Diaz said. “I remember I won by one stroke and I just thought, ‘Hey you can do this.’ There is no enemy that is too big or too small, and you have to believe in yourself.”

While her friends and teammates were at home for the holiday season relaxing and spending time with loved ones, Fonseca Diaz was on the golf course trying to perfect her craft. She played in three tournaments during the winter months.

Fonseca Diaz’s favorite moment of the offseason was when she was selected to represent her home country of Venezuela in the Copa Los Andes Tournament in Peru, where she teamed up with other native Venezuelans to take on teams from Argentina, Bolivia, Brazil, Chile, Colombia, Ecuador, Paraguay and Uruguay. Diaz did not take this honor lightly.

“It is always a privilege to represent my country,” Fonseca Diaz said. “It is always nice, even though Peru is not where I am from, it is nice to go back home and feel a sense of belonging and be around your people and people that relate to you where you all have the same purpose to represent your country and you all pride yourself on the same stuff. That was really cool for me.”

After competing in three tournaments in the offseason, Fonseca Diaz thinks she has made some serious realizations about her game that will help her improve in the future.

“My fall season was not as good as I wanted it to be, but I realized that I was trying to force my game too much and I was losing the enjoyment,” Fonseca Diaz said. “It is my responsibility, I do it competitively, but I still have to enjoy it. I found out the more I enjoy it, the better I do. I do not have to focus on being perfect. I learned that there are multiple ways to get where you want to be. It does not have to be just one way. So I need to learn how to be flexible with myself.”

Playing on a diverse Jayhawk team that features three freshmen (one redshirt), three sophomores and three juniors is something that Fonseca Diaz sees more as an opportunity than a weakness.

“Right now, it is a bit of a roller coaster, but it is nice to build up and grow with the same people,” Fonseca Diaz said. “We don’t have a lot of people randomly leave or come in. It is nice that we do not have to rebuild the team all over again every single year.”

Even though she is a sophomore and describes herself as “really quiet and self-driven” Fonseca Diaz still finds a way to be a leader and model to her fellow teammates.

“I don’t like just giving out random speeches, but I am good one on one,” Fonseca Diaz said. “I think I inspire my teammates with my perseverance and my commitment to things both on the school side and the golf side and being able to excel at both and being that example for them is a sign of my leadership. I always try to help. If anyone needs help they know they can come to me and I am always willing to support whatever they need.”

Throughout her life, Fonseca Diaz has formed her own philosophy for dedication and success.

“In order to be successful you have to be very diligent,” Fonseca Diaz said. “In every aspect of my life I have always wanted to take it 100 percent, because halfway is never enough.”

O’Neil has her own explanation about the dedication and success Fonseca Diaz has both on and off the golf course.

“She is dedicated to being the best she can be, not just in golf, but in everything. She is a straight-A student and our top golfer,” O’Neil said. “She really strives to be the best she can be in all areas in life and a great person on top of it. She is a pleasure to coach. She is very coachable and willing to try new things and put in the work and effort and has a really good attitude.”

Fonseca Diaz has a deep approach about what golf has done for her as a person.

“You get to learn a lot of things about yourself (on the golf course), like the way your thoughts are driven, you learn to be conscious about your emotions,” Fonseca Diaz said. “I think golf is just a reflection of life, so what I love about golf that it is teaching me to be a better person as a whole.”

While Fonseca Diaz is still teeing off with the Jayhawks she has set personal and team goals that she does not have any problem believing can be achieved.

By taking risks and trying new things, O’Neil expects steady improvements to Fonseca Diaz’s game in the next few years.

“I think Ari will have a steady climb,” O’Neil said. “She pushes herself and looks for ways to improve and make herself better. She is not going to settle or get comfortable. She wants to make a difference and she will. She is very driven.”

While she and her Jayhawk teammates work to achieve some of the goals she has set, Fonseca Diaz has converted her childhood innocence into a laser focus. Her steadfast dedication in the classroom will propel her into the corporate world, in the meantime Fonseca Diaz will fulfill her passion and drive through competition on the golf course. 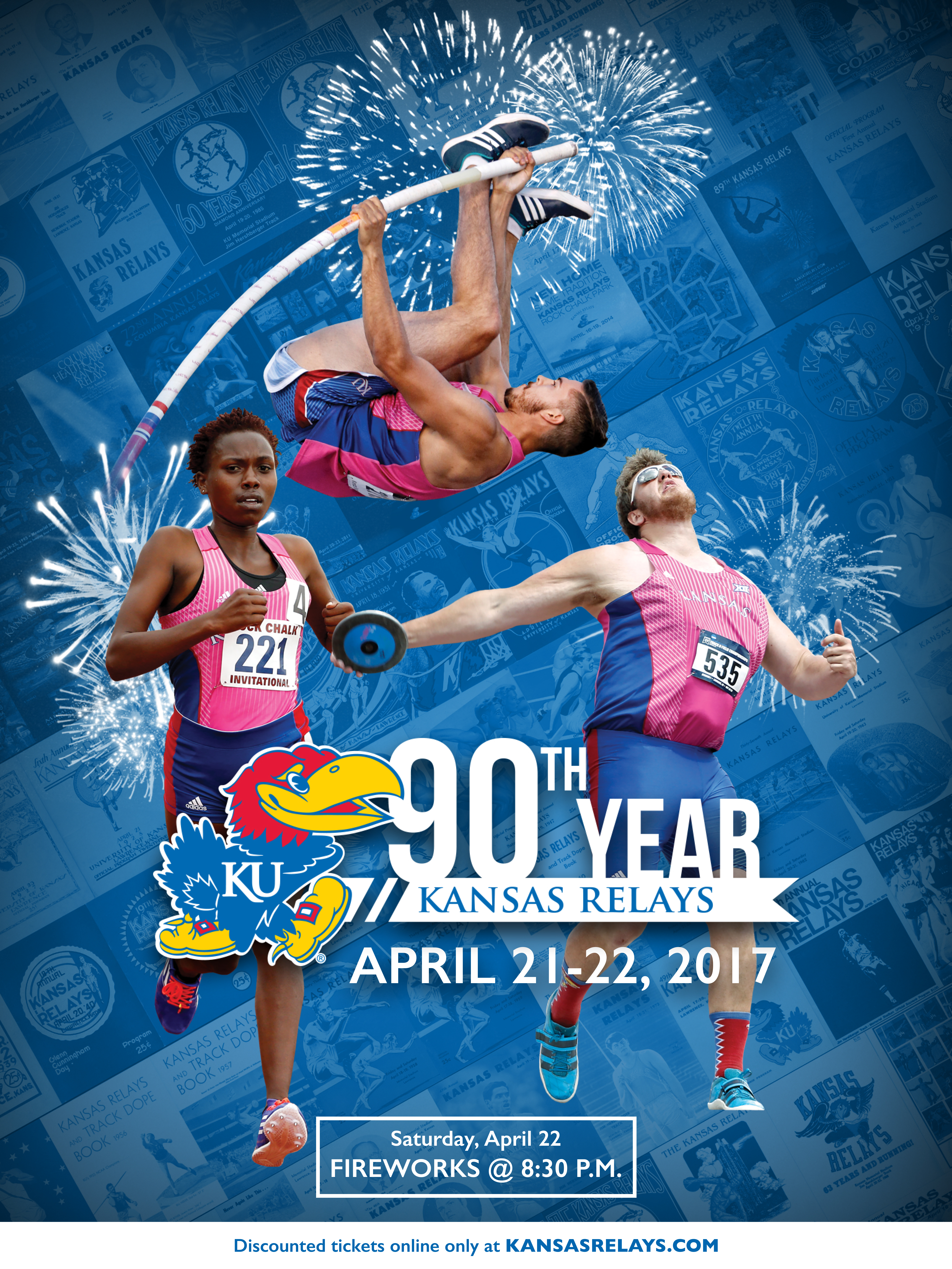