RCW: From Rowing to Research 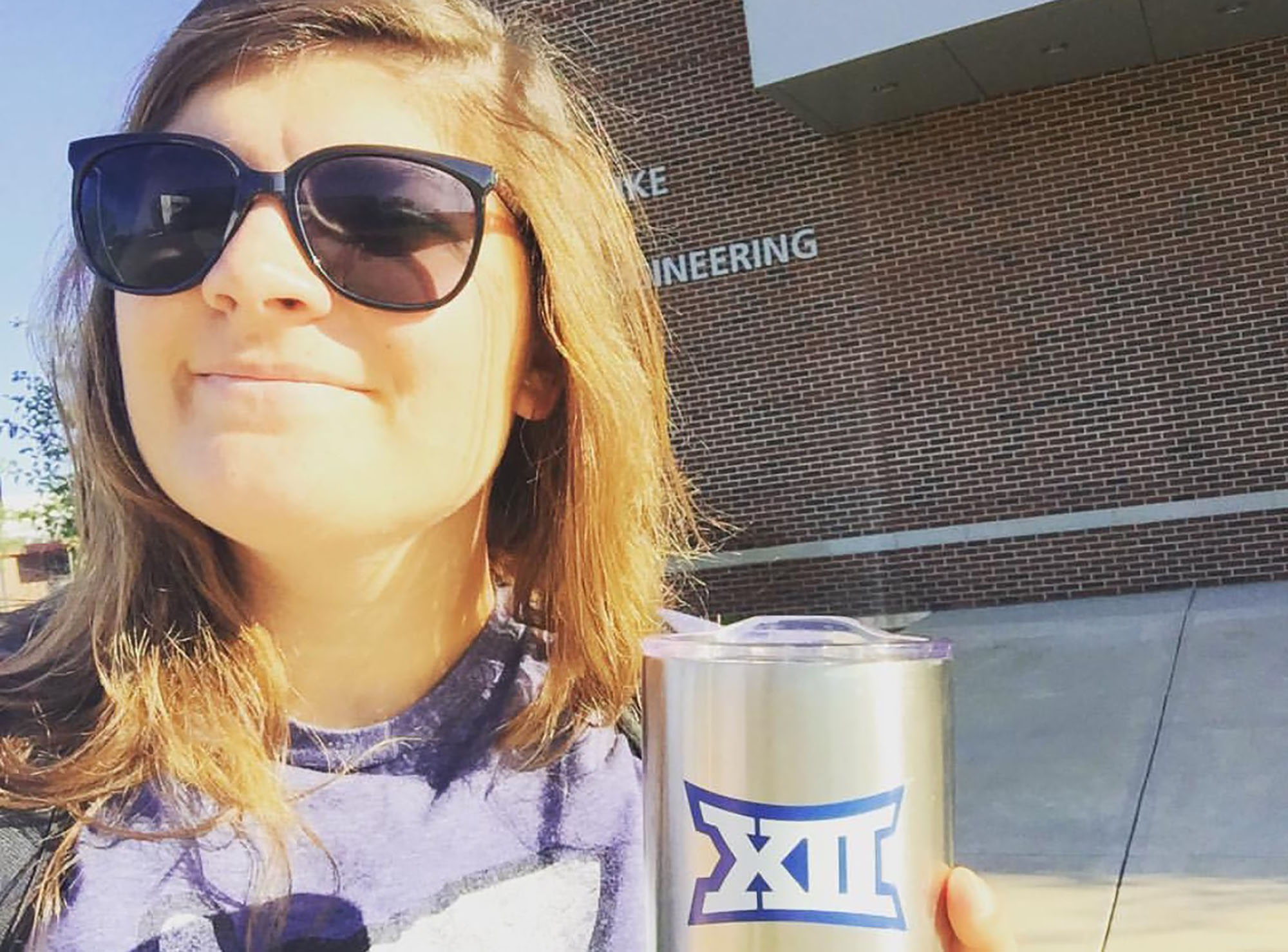 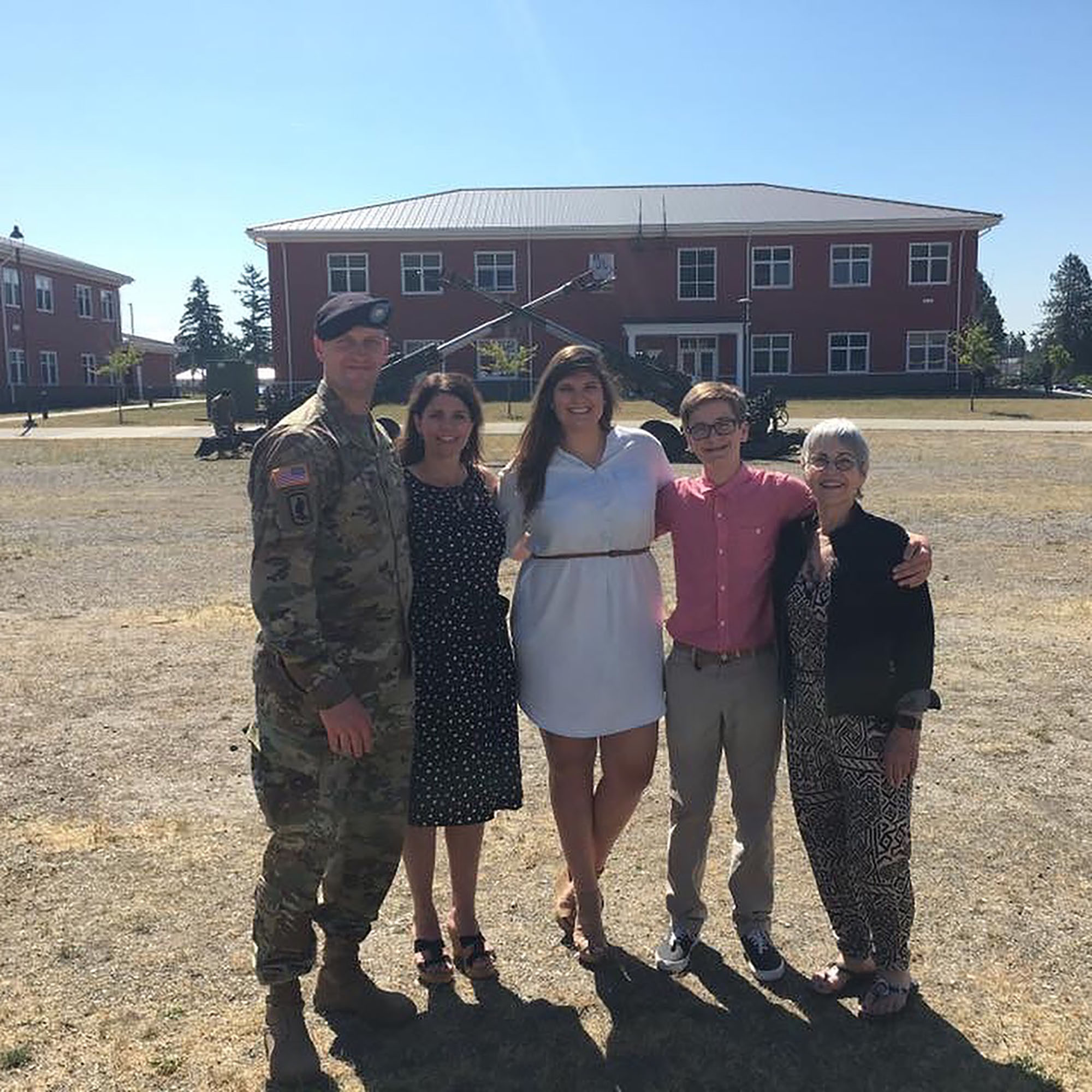 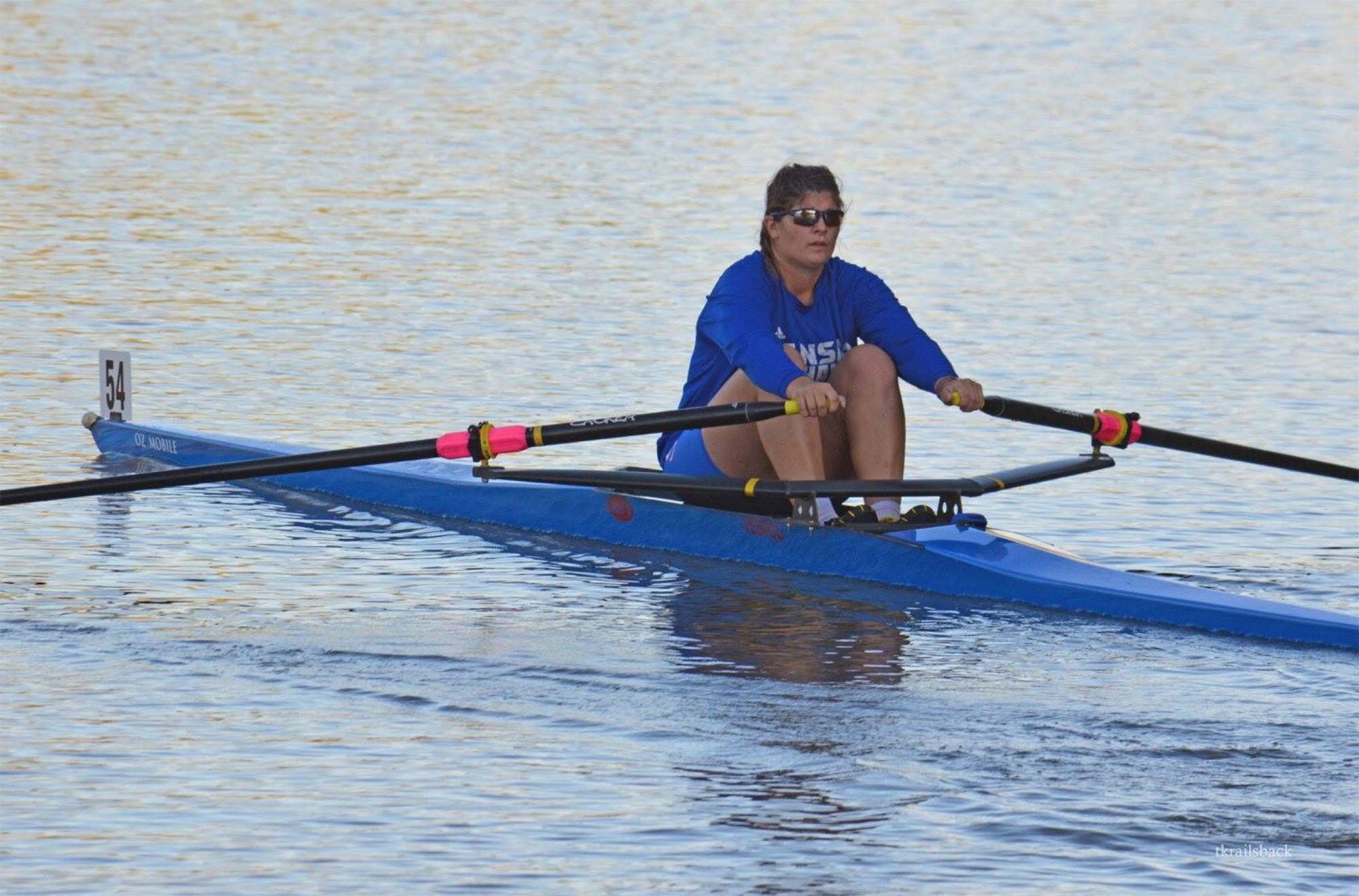 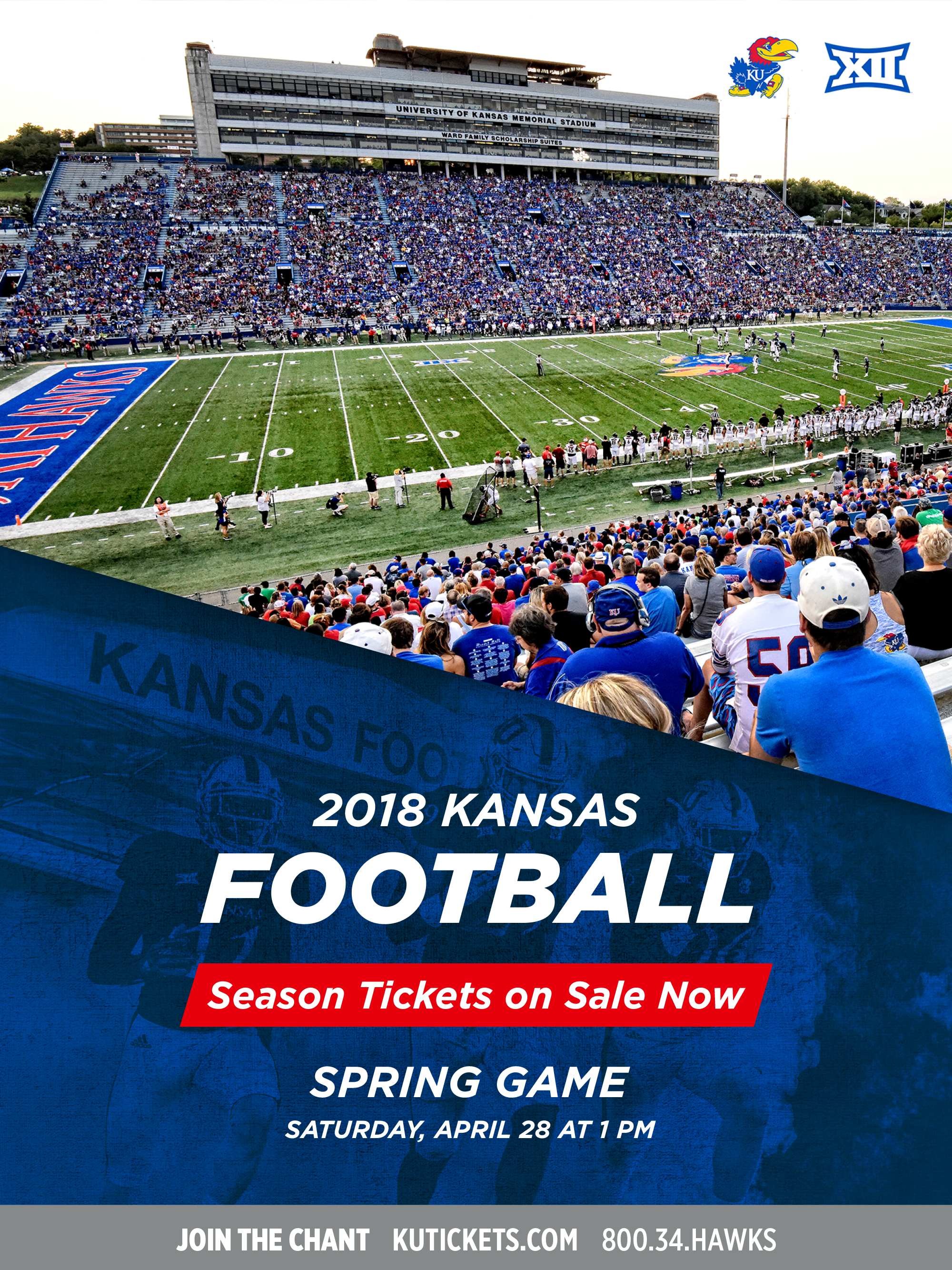 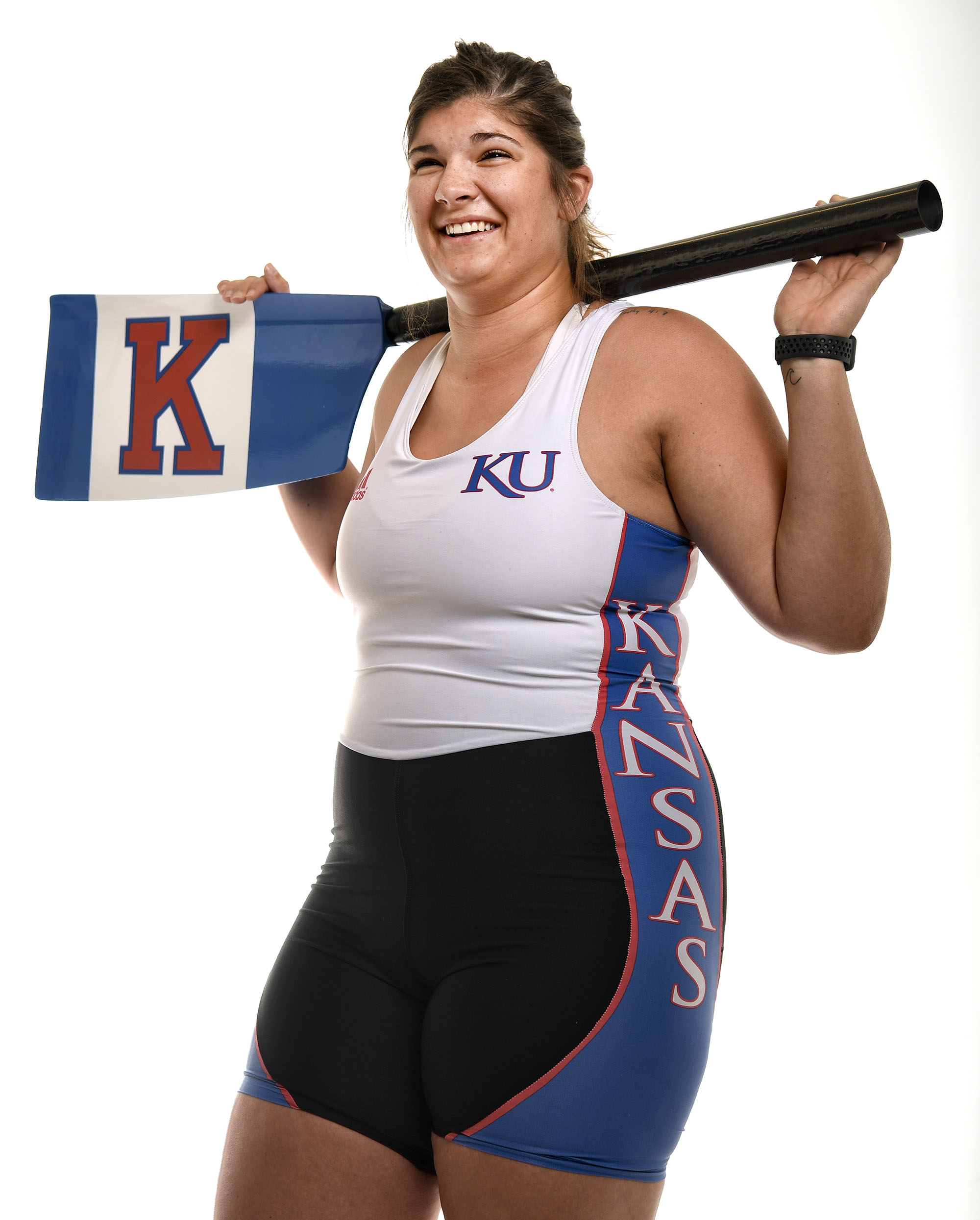 Like many others leaving home for the first time and starting college, senior rower Keaton Poppe was unsure of what she wanted to study for the next four years and potentially work in the field for the rest of her life. Knowing that math and science came easy to her, Poppe applied for and was immediately accepted into the mechanical engineering program at Kansas.

The first two years at KU, Poppe became familiar with the curriculum and eased her way into mechanical engineering. When it came time to select a capstone course her senior year, there was only one option: to go the biology route. Poppe’s mother, Sarah Poppe, is a nurse and her great-grandfather was a pathologist, so it had always been on her mind to go into the medical field.

Careers in health and wellness played a large part in Poppe’s life being a student-athlete, but especially played a large role with her father, Carl Poppe. With her father being deployed, Poppe saw the types of injuries like Post Traumatic Stress Disorder (PTSD) that soldiers come home with and she knew she wanted to make a difference.

“Being able to help in finding ways to not necessarily cure, but treat those types of injuries would be amazing,” said Poppe. “Knowing that I can use engineering and my interest in health and biology to help would be everything.”

So while most summers are spent sitting by the pool or traveling abroad, Poppe chose to go a different way and spent nine weeks of her last summer as a college student in West Lafayette, Indiana, for an internship in the Biomedical Engineering department at Purdue University. Poppe spent eight to nine hours a day conducting her own research, helping Associate Professor Dr. Matt Ward on his research study and assisting in a medical trial.

Poppe researched the epidemic that not only Indiana has, but the entire country, with the use of opioids. Researching the opioid-use crisis was necessary for Dr. Ward’s research, but also comes back to Poppe’s goals of wanting to make a difference within the community because opioid use can be common with PTSD patients as a form of treatment.

Along with the research Poppe was doing on her own about the use of opioids, Dr. Ward was also researching the effects the Vagus nerve, which runs through the neck all the way to the abdomen, can have on the stomach. Adding or taking away stimulation from that particular nerve can potentially increase or decrease symptoms such as stomach pain, weight loss, weight gain and nausea.

“I had to become an expert in a field that I had never done research in before,” said Poppe. “I was just kind of thrown into it, but after awhile it all became muscle memory.”

However, before patients can be treated for these symptoms, Poppe assisted Dr. Ward in implanting the small device on the Vagus nerve in rats to research what the different reactions could possibly be when the nerve was stimulated.

“We would put the little stimulator on the Vagus nerve of the rat and we could see the wavelengths of the stimulation going across the stomach,” said Poppe.

When Poppe wasn’t in the lab doing her research on opioid use or researching nerve stimulation effects on the rats, she was on site at the Indiana University Health Hospital for first-hand experience in an ongoing medical trial. Doctors were implementing the technology that Poppe and Dr. Ward were researching in the lab on patients who were actually needing to be treated for the symptoms they were experiencing.

“Patients would take a survey about the symptoms they are experiencing and then the doctor would stimulate the nerve with different variations of frequencies,” said Poppe. “The patients would then take the survey again to see if their symptoms were still present.”

The medical trial has been ongoing for a few years and is now in the process of applying for a renewal of a grant in order to continue the work that all the doctors and researchers have been doing. Poppe assisted in putting together data, presenting reports and received a behind-the-scenes look at communication between others working on the same trial via video conferences that included institutions like Purdue, Indiana, Texas and the University of Melbourne in Australia.

Poppe was able to see almost every stage of a medical trial in a very short amount of time. From the very beginning with the medical tests on the rats to seeing the real-life results that this research can have on human patients and seeing what needs to be done in order to receive grant money, Poppe was a part of it all.

Poppe went into this internship last summer thinking she knew what she wanted to do for the rest of her life. After just nine weeks, Poppe realized that her true calling isn’t to be behind the scenes in a lab after all, but to be out in the world, connecting, making and building relationships with others.

“Walking away at the end of it I was definitely not the same person educationally or personally and although I learned a lot, I figured out that being in a lab all day everyday isn’t the way I want to go after graduation,” said Poppe.

Poppe came to this realization because aside from all the research, a large part of Poppe’s internship obligations, and what she enjoyed to do most, were the presentations of the research and being able to communicate with a lot of new and different people.

Growing up in a military home, Poppe moved around a lot, having to meet a lot of new people and she believes that she can use her love for engineering combined with her knack for communicating to go into a project management position.

“I want to be the bridge between engineering and the ‘regular world’ because it is believed that engineers don’t know how to communicate well with others,” said Poppe. “Using the skills that I have been given to do that would be amazing.”

Being the mediator between the customer and the engineer will allow Poppe to be on the front lines making those relationships with the customer. Poppe will be the advocate for the customer in order to make sure they get everything they want, but also making sure what the customer wants is possible to do from the engineering side.

“She’s very personable, gets along with everybody, has a big heart and will be a very successful professional in whatever she decides to do,” said Dr. Phil Lowcock, Kansas Athletics academic advisor and former student-athlete advisor for the rowing team.

It hasn’t always been easy for Poppe, trying to balance her school load with trying to be the best student-athlete she possibly can. Late nights studying and early morning practices are the everyday life of the student-athlete, but Poppe excels under this pressure and thrives in the environment.

“She is great at being really disciplined and chooses to spend her time in as a productive way as possible,” said Dr. Lowcock. “If she has an extra 30 minutes, she doesn’t use that time to relax, but she will come up here to study or do homework to make those 30 minutes productive before getting on with her day.”

Throughout her four years at Kansas, there has been contemplation on whether or not to switch majors to something less time consuming, but with the support system behind her, including her coaches and her professors, there was no stopping Poppe from being as successful as she could be.

“You still have to work hard and dedicate yourself, but you don’t have to worry that it’s not impossible and know that you can do it,” said Poppe.

Throughout her summer at Purdue, Poppe was influential in many ways and came away with the tools and resources to have nothing but success in her future professional life. Being passionate enough about something to spend nine weeks researching it and gaining the knowledge from a medical trial has given Poppe an experience she will take with her for the rest of her life.