RCW: From the diamond to the hardwood 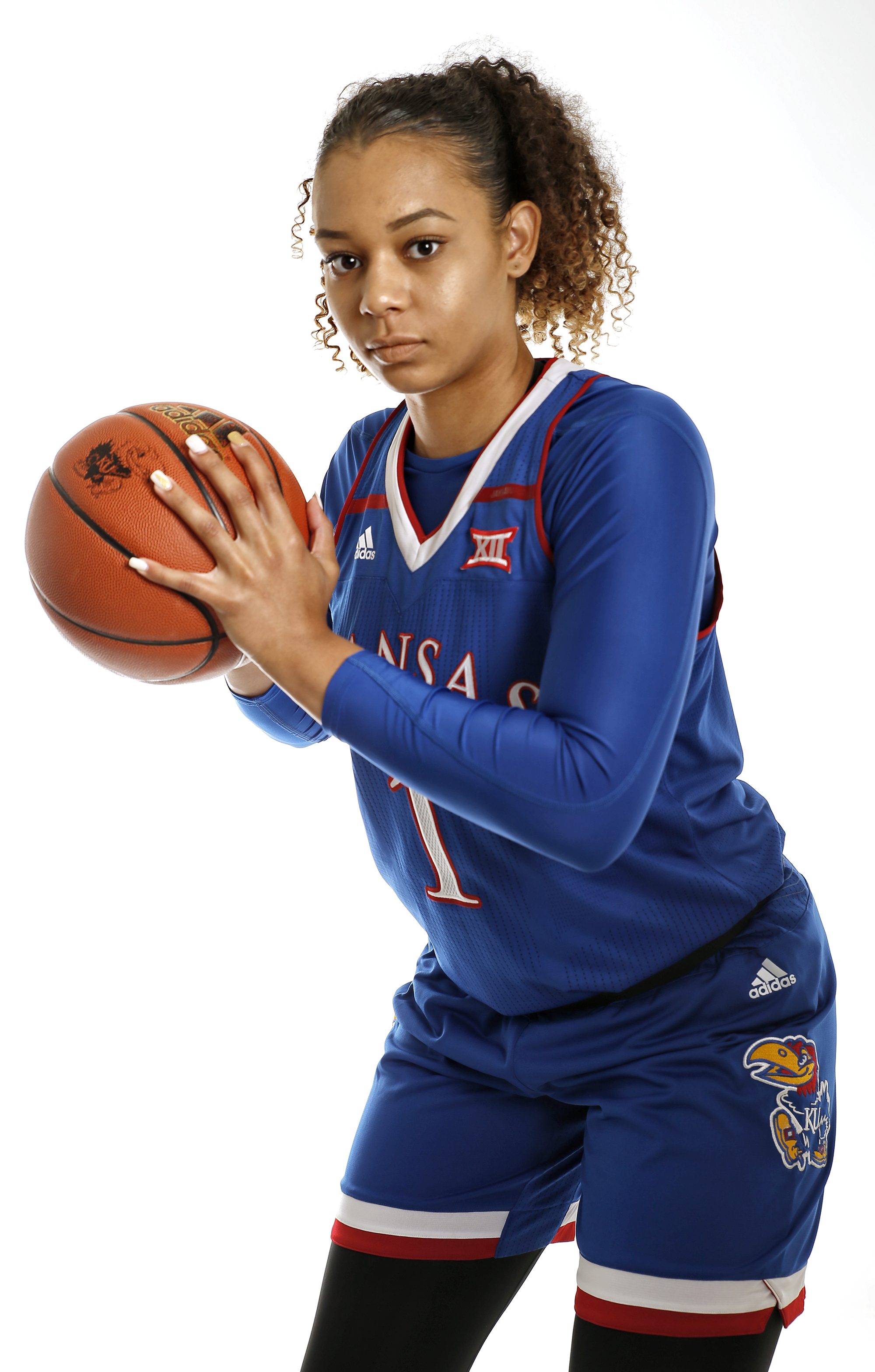 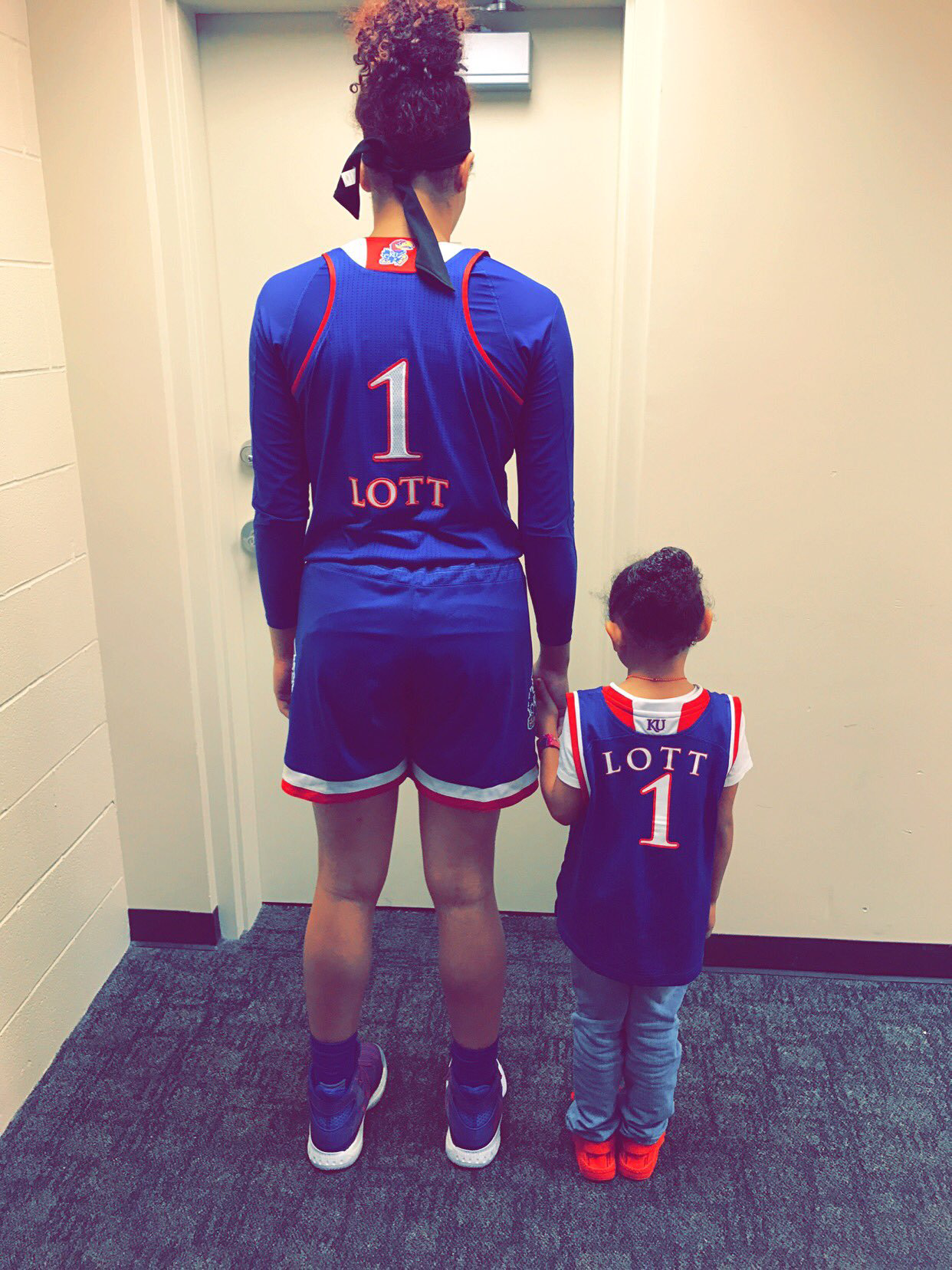 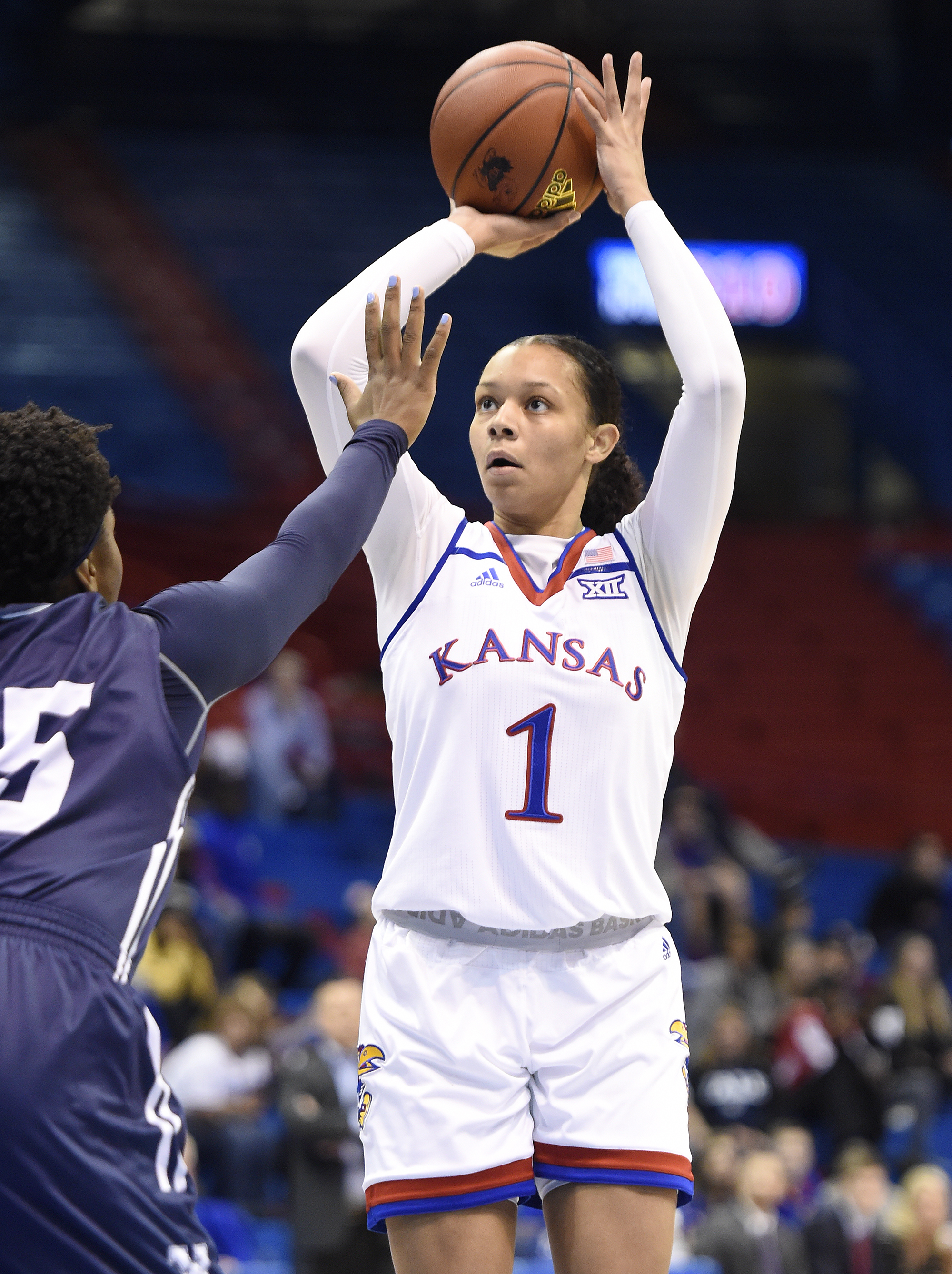 Watch Chelsea play this season!
For many Division I bound student-athletes, the path to being a collegiate athlete is created at an early age. Athletes practice and train, for the most part, in one sport for one goal: to receive an athletic scholarship in order to continue their love for the game at the next level. However, that wasn’t the case for Kansas junior center Chelsea Lott.

Basketball wasn’t on Lott’s mind until the summer before her senior year of high school. The Fresno, Texas native had been playing softball since she was seven years old and played select softball every summer, focusing on basketball only during the winter for the short high school season.

While being a multi-sport athlete is tough at any level, Lott was lucky enough to be able to choose between softball and basketball at any given time.

“I felt like I could always choose between either one of them, but I knew I needed to focus on just one and softball was always my first choice,” Lott said.

However, if it wasn’t for Lott’s supportive mother, Cathy, she may never have continued on and found her love for softball.

“The first season of softball that I played I didn’t like it,” Lott said. “I ended the season and was not happy at all. My mom told me to give it another try, so I did and ended up loving it.”

Softball was Lott’s future and she had considered pursuing it beyond high school until injuring her knee left her with a choice: try to come back to the game of softball or give basketball a shot.

During Lott’s sophomore season at Fort Bend Hightower High School, she spent most of her playing time between first base and the pitcher’s circle. Lott suffered her injury while covering home plate after a passed ball. Lott made her way from the pitcher’s circle to home plate to tag the runner out. The opposing player, running down from third base, slid into Lott, breaking her femur.

Lott’s injury would force her out of the game for the rest of the season and into her junior year.

Colleges begin looking for softball players during their second year of high school, so throughout her sophomore season, Lott was already getting looks to continue her softball career. However, after suffering her broken leg, she had to come to terms that being out for five to six months during a crucial time in the softball-recruiting world would limit her chances of being able to play at the college level.

“Sophomore and junior year is when we get recruited for softball, it is a lot earlier than other sports,” Lott said. “I knew it would be a lot harder to come back to softball than basketball.”

Throughout her recovery process, Lott had to make the difficult decision of whether or not to stick to the sport she had always loved or put all her faith into a new sport, which before this point, had been more of a hobby than a way to get a college scholarship.

Lott made the decision to fully commit to basketball once she made a complete recovery. The summer before her senior year, it was Lott’s first summer since falling in love with softball that she wasn’t playing travel ball and it was her first season of AAU basketball.

Although many young athletes are only lucky enough to play one sport at an elite level, Lott was able to do it with two and excel at both.

Lott was able to use many of the same skills that gave her success while playing first base and apply them to basketball. Using the same fundamentals with both sports made the transition easier for Lott.

Lott brought her same competitiveness she learned while playing softball to the basketball court, but it would never be quite the same.

“I just really loved softball and I miss the feeling of hitting the ball,” said Lott. “There’s nothing like that. You can feel it. As soon as you hit the ball, you know.”

Although Lott’s softball days were over, it was just the beginning of her basketball career.

It only took that first summer of competitive basketball before colleges started to approach Lott, but it was head coach Brandon Schneider who won her over, originally recruiting her to play for him at Stephen F. Austin State University in Nacogdoches, Texas.

“It’s really hard these days to find ready-made bigs, so you have to look for certain attributes that you can go through practice and skill development to help a player turn into someone who can contribute and Chelsea had a lot of those attributes,” Schneider said.

Just a few short months later, Schneider was named the new head coach for the Kansas women’s basketball program. When Lott heard the news, she started making plans to go play and study somewhere else until she got the word from Coach.

“I was supposed to go to Stephen F. Austin and when Coach left, I was planning on going somewhere else in Texas, but then he called me and I couldn’t pass up the offer,” Lott said.

Lott was signed, committed and ready to start her collegiate career at Stephen F. Austin, but the possibility to play for Schneider at Kansas was too great. Even though Kansas wasn’t in Lott’s original plan, she worked hard and was able to get a release that allowed her to follow Schneider to KU.

Knowing Kansas would provide her with the opportunities and the atmosphere she always desired in a university, Lott grew excited about the opportunity of becoming a student-athlete at KU.

“I knew that there was no place like Kansas,” Lott said. “I couldn’t pass up a chance to go to Kansas and play in the Big 12.”

While still coaching at Stephen F. Austin, Schneider knew about Lott since she was a young player, had followed her career and saw great potential in her. Coming to Kansas, Schneider new that the team needed additional size and depth, so adding Lott seemed like the natural way to go.

“I felt like Chelsea could develop into a Big 12-caliber player,” Schneider said.

Lott has taken full advantage of the opportunity that was given to her and has shown true dedication, whether it is in games, in practice or strength and conditioning. Lott has truly made the most of her time here at Kansas.

In spite of not playing competitive basketball until a relatively older age, Lott has been able to succeed in the sport. She has come into her own at Kansas due to the opportunities, environment and support she receives from family, friends and her teammates.

“They make it fun and effortless,” Lott said. “Playing is a lot easier when you love the people around you and have that support system.”

Although a college career didn’t happen for Chelsea Lott with her first love, softball, she is grateful for the opportunities that have been given to her because of the chance to play Division I basketball.

“Basketball got me here,” Lott said. “It gives me the opportunities for life now because it got me to Kansas.”