RCW: From the office of ... Michael Slater

As tough as he may be on the practice field, one of Michael Slater’s best attributes is the way he can empathize with his student-athletes. It may be his first campaign patrolling the sidelines as the Jayhawks’ defensive line coach, but Slater brings 12 years of high school coaching experience along with coaching stints in NCAA Division II and most recently at Rice, where he helped contribute to the Owls resurgence. Slater has coached a wide variety of players, from young talent fighting to make the high school varsity team to several players in the NFL, and his message is the same to each – enjoy the moment. Slater is still moving his things into his office at the end of the hall inside the Anderson Family Football Complex, but three things are prominently displayed on the top of his book case – a football clock and medal from his coaching start at Alief Hastings High School in Houston, a helmet from his playing days and X-rays from a personal injury. 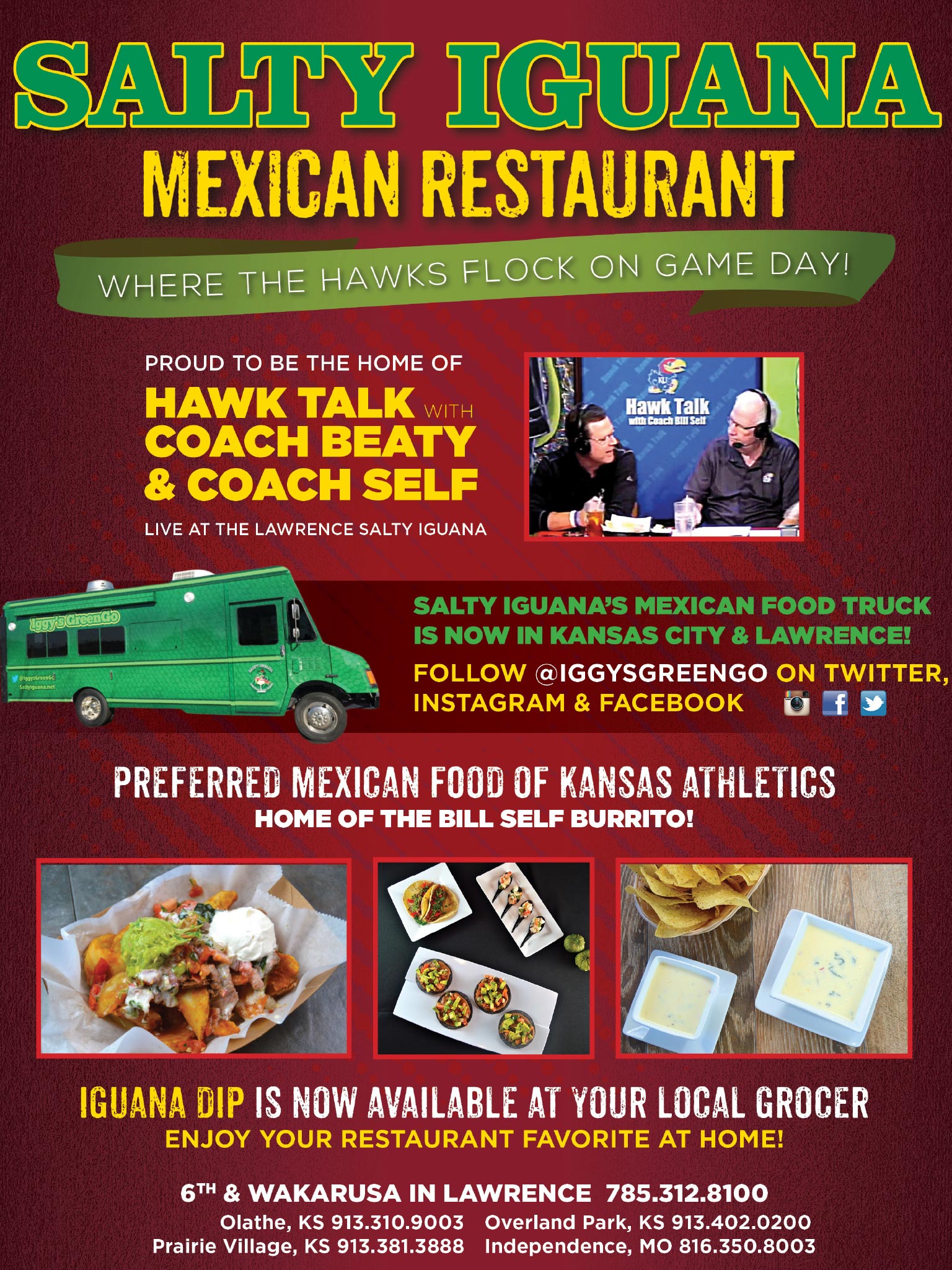 “The football clock was given to me by the defensive ends at Alief Hastings High School and that is the medal we received for finishing second place when I was the coach there,” Slater said. 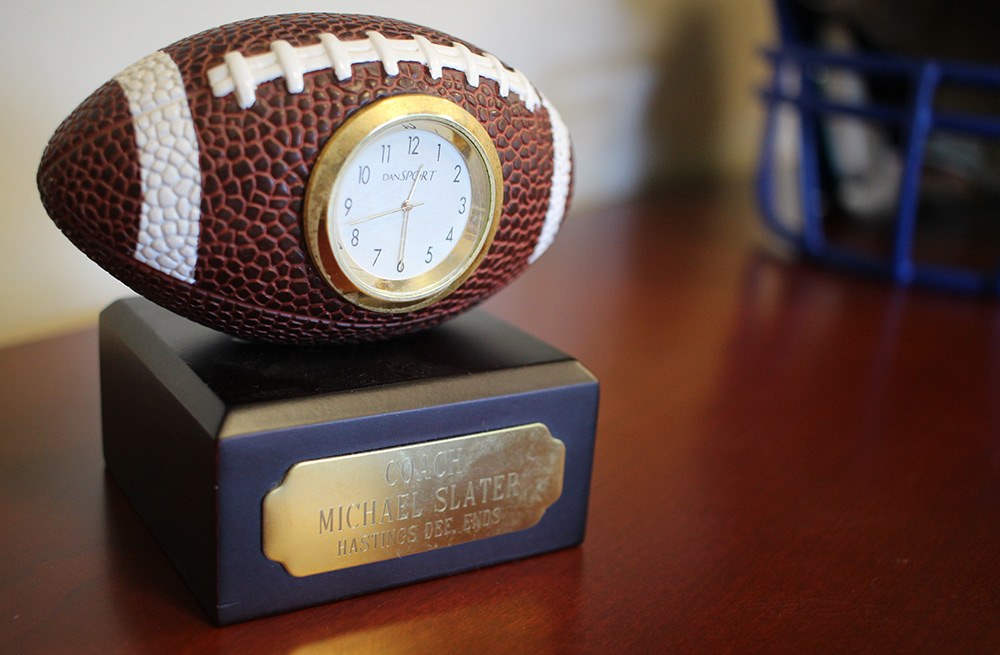 “Those two things have followed me along, in addition to my helmet from when I played. I actually wore that exact helmet during the last snap I ever played in and below it are X-rays from the injury I sustained wearing that helmet.

“The medal and the football clock were from my first job and it was my first opportunity to actually shape and mold some guys. The person who actually headed that up in giving me that gift was Alonzo Dotson – who went on to play at Oklahoma and who is now a scout for the Green Bay Packers. He lives here in Kansas City and is in the area often.

“The X-ray is kind of for guys to know they should enjoy the moment because the moment can be taken away from you, it only takes one play – it can be life changing. You have to embrace the moment and take advantage of it. 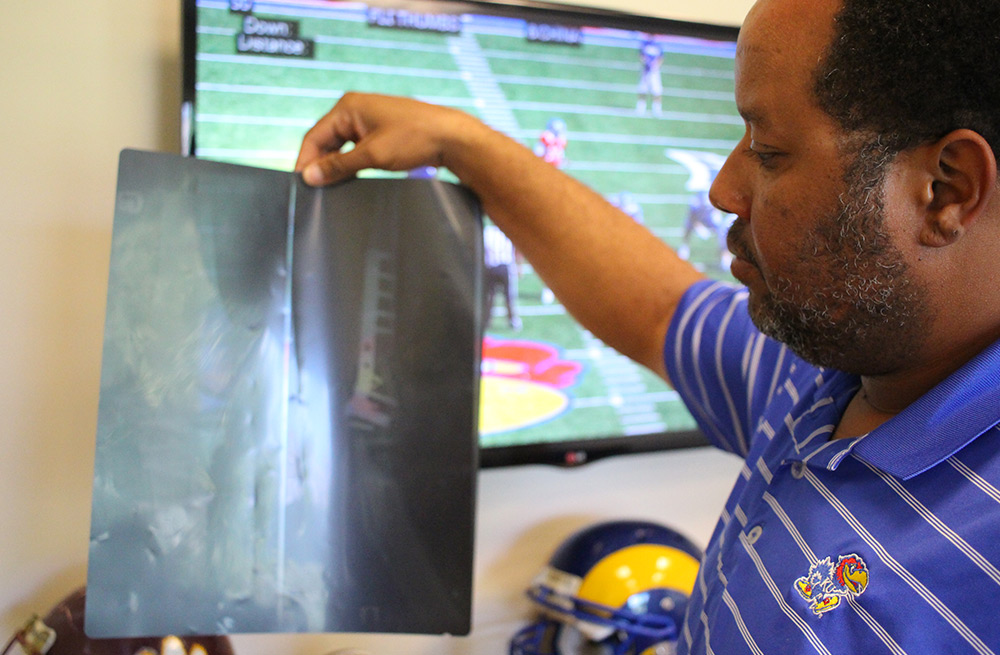 “If players ask, I share that same sentiment with them. I really haven’t unpacked all of my belongings yet – I have the hardware that goes with the X-rays because I had 12 screws and a plate that went along with the injury I sustained. Often guys struggle once they become injured and I just want them to know that there is life after football. Injuries are a part of the game and life still goes on. You can use football for a means to an end instead of it being the end.”