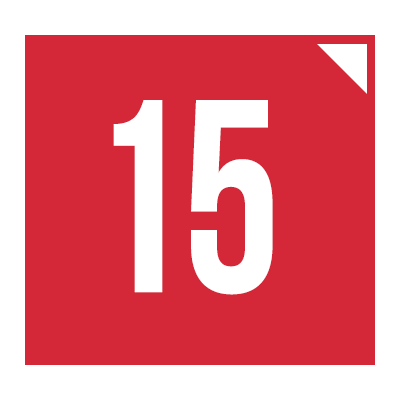 Number BY THE NUMBERS
Number of times the ball crossed the net during the final rally against No. 1 USC in the NCAA Championship regional final, which sent Kansas to its first-ever Final Four. The unprecedented victory was named ‘Moment of the Year’ at the 2016 Rock Chalk Choice Awards on Sunday evening. 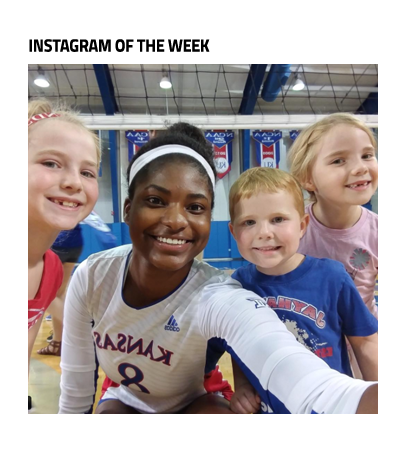 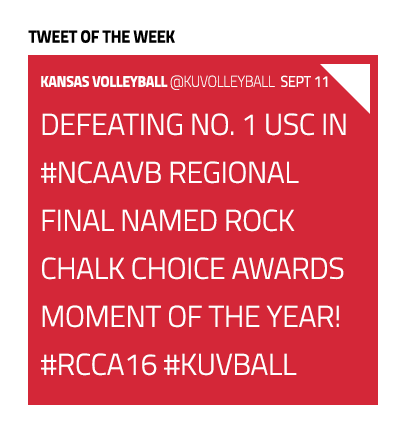