Tarik Black (Men’s Basketball – Los Angeles Lakers)
Tarik Black signed a deal to remain with the Los Angeles Lakers on August 24 after spending parts of two seasons with the team. The 6-foot-9 forward/center averaged 5.3 points and 5.2 rebounds in 16.9 minutes per game while shooting better than 57 percent from the field in two seasons with LA. Along with his time in a Laker uniform, Black also appeared in 25 games for the Houston Rockets during the 2014-15 campaign.

“Tarik is a player whose strengths are well-suited for the style of play we envision for our team going forward,” said Lakers general manager Mitch Kupchak in a team release. “He plays the game with a mix of athleticism, energy, and physicality that make him a valuable frontcourt contributor in today’s NBA.”

Black spent one year with the Jayhawks as a graduate transfer from Memphis and was a major presence for Kansas in the postseason while averaging 15.0 points per game in the 2014 NCAA Tournament. Black appeared in 33 games for KU with 15 starting assignments. 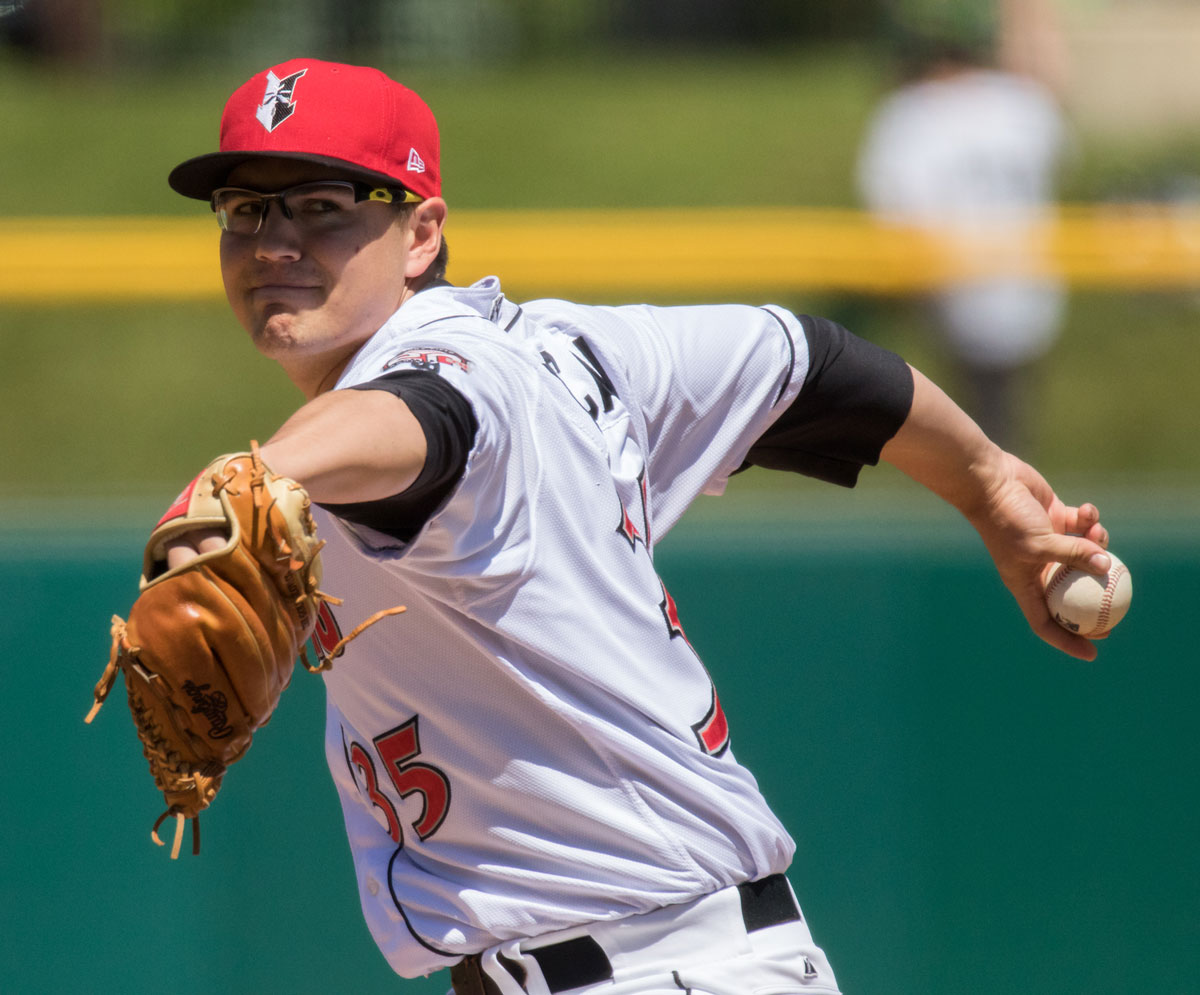 Photo by Adam Pintar/Indianapolis Indians
Frank Duncan (Baseball – Pittsburgh Pirates Organization)
Just two years removed from earning All-Big 12 First Team honors while helping lead Kansas to the NCAA Louisville Regional, Frank Duncan has turned into one of the most consistent starters in the minor leagues and could soon see a call up to the Big Leagues. Duncan put together the second-longest scoreless innings streak in Triple-A this season and was stopped just 1.2 innings short of the Indianapolis Indians team record Sunday. Duncan, a 13th-round selection by the Pittsburgh Pirates in 2014, went three starts in mid-August without allowing a run while lowering his ERA to 1.94 before surrendering a run in the bottom of the first inning at Toledo. Duncan was called up to Triple-A on May 10 to replace an injured Pirate starter but performed well enough to earn a more regular position and landed on the International League All-Star Team in July. Duncan is 9-5 with a 2.04 ERA in 19 starts with Indianapolis.

Chris Harris (Football – Denver Broncos)
Coming off an impressive season, Harris looks to be a lock-down corner yet again for the defending Super Bowl Champion Denver Broncos’ secondary. After just three preseason games, it looks like he will continue to have an impact on the field during this upcoming season. Harris recorded one tackle during the Broncos’ week two game against the San Francisco 49ers and tallied four tackles in the following week’s 17-9 win against the Los Angeles Rams. Harris will once again create a scary cornerback duo with fellow Jayhawk Aqib Talib once the regular season starts. 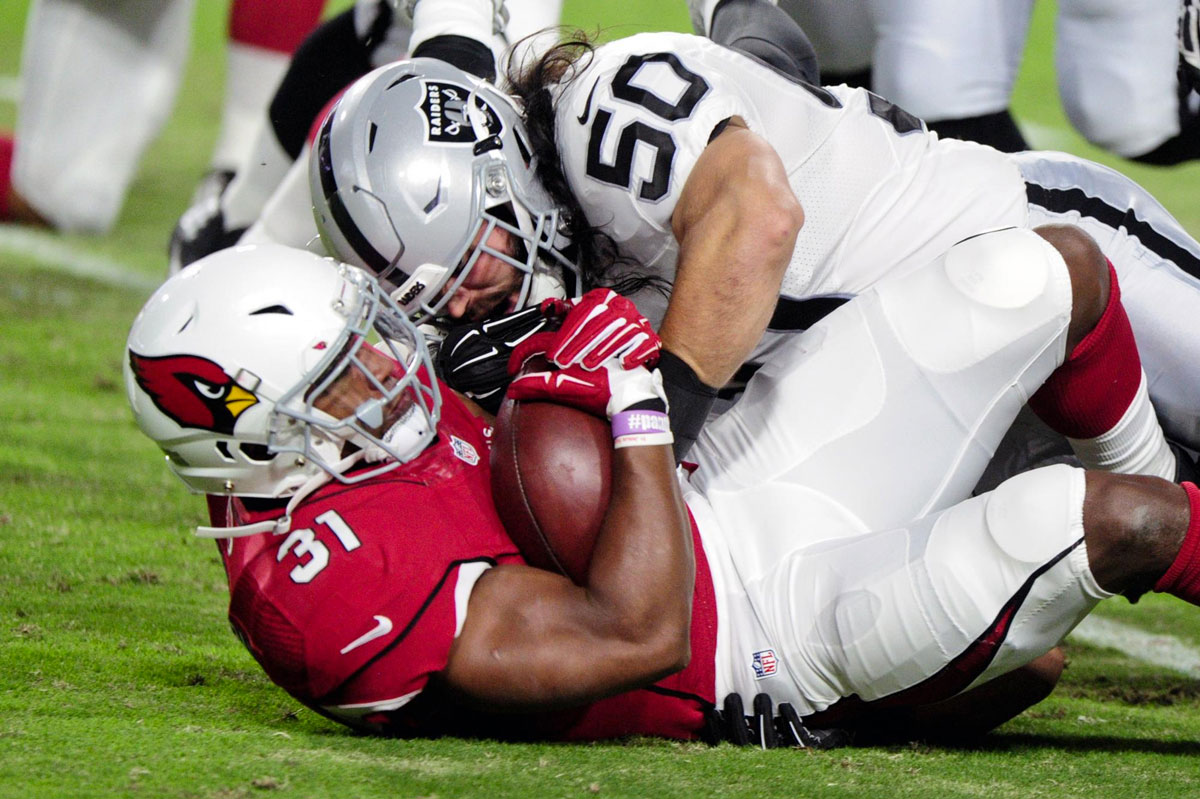 Ben Heeney (Football – Oakland Raiders)
In only his second year in the NFL, Ben Heeney was recently named the starting middle linebacker for the Oakland Raiders. Last season, Heeney ended the year with 38 total tackles and a forced fumble. During the 2016 preseason, he accumulated six combined tackles along with three solo tackles in limited playing time. One of his most eye-opening plays of the preseason came during the Raiders-Titans game on August 27, when Heeney delivered a bone-crushing hit on Titan quarterback Marcus Mariota just seconds after Mariota released the ball. The 6-foot, 230-pound Heeney looks to be a key asset to the Raiders’ defensive unit.

Steven Johnson (Football – Pittsburgh Steelers)
Johnson, a linebacker from Wallingford, Pennsylvania, has played a big role for the Pittsburgh Steelers defense during this preseason. His nine tackles currently put him at sixth on the team for total tackles. Johnson’s biggest came during a week three victory against the New Orleans Saints, when he had three solo tackles, a pass deflection and an interception. That interception made him one of only three Steelers to pick off a quarterback during this offseason. He also recorded four tackles in the Steelers’ week one game against Detroit.

Yupaporn “Mook” Kawinpakorn (Women’s Golf – Symetra Tour)
Mook Kawinpakorn earned an alternate spot on the 2017 Symetra Tour after shooting a 12-over-par, 300, over 72 holes at Stage 1 of LPGA and Symetra Tour Qualifying School at the Mission Hills Country Club in Rancho Mirage, California this past weekend. Kawinpakorn worked through all three courses – Dinah Shore, Arnold Palmer and Gary Player – over the four-day event. Of the 347 golfers in the field, Kawinpakorn was one of the 93 amateurs and was among the 135 who made the cut after the third round on Saturday.

Ben Krauth (Baseball – Cleveland Indians Organization)
Krauth has maintained a 2.57 ERA for the Mahoning Valley Scrappers this season. Along with a strong ERA, his record stands at 2-0 and he is averaging an eye-opening 5.5 strikeouts-per-walk. These numbers have resulted in a strong WHIP of just 1.05 in the 21 innings he has pitched so far this season. KU’s ace and all-league selection during the last two seasons, Krauth started the season with a seven-game stretch where he did not allow a single earned run, while striking out 28 batters.

Dexter McDonald (Football – Oakland Raiders)
McDonald is another second-year member of the Oakland Raider defense. The 6-foot-1 cornerback from Kansas City only saw playing time during six games last season, but managed to wrap up five solo tackles during that time. In the 2016 preseason, McDonald has helped the Raider defense during the time he has been on the field. In an August 12 win against the Arizona Cardinals, McDonald broke up a pass and tallied two tackles. The following week, he added another tackle against a talented Green Bay Packers team.

Darrell Stuckey (Football – San Diego Chargers)
Stuckey, a seven-year-veteran cornerback for the San Diego Chargers, has put up impressive numbers during the first few weeks of the 2016 preseason. During the Chargers’ preseason opener against the Tennessee Titans, Stuckey totaled an impressive six tackles, three of which were solo tackles. In week two against the Arizona Cardinals, he chalked up two more tackles. In the span of two weeks, Stuckey has a total of eight tackles, which is just three shy of his season total from last year, which he earned in 14 games.