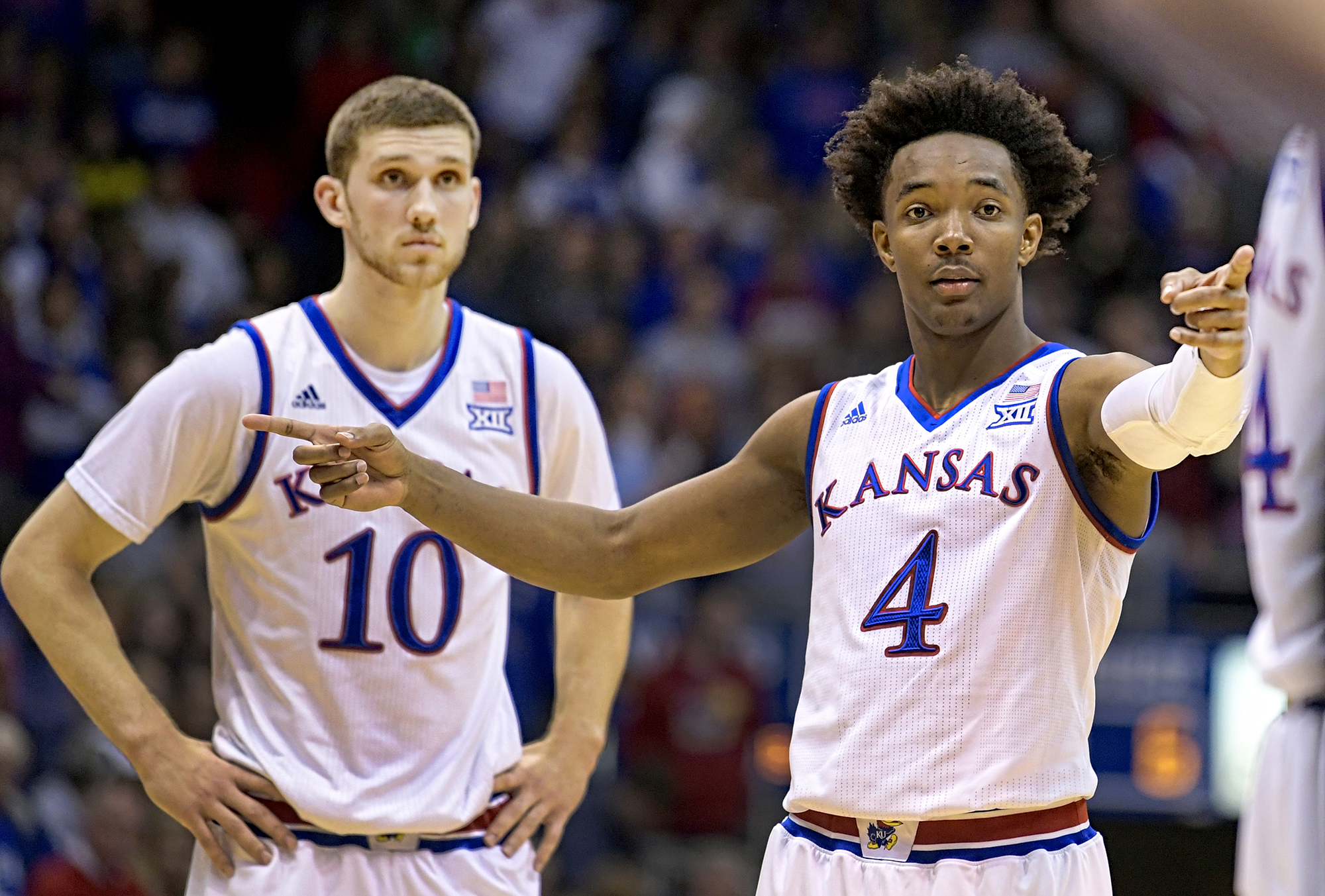 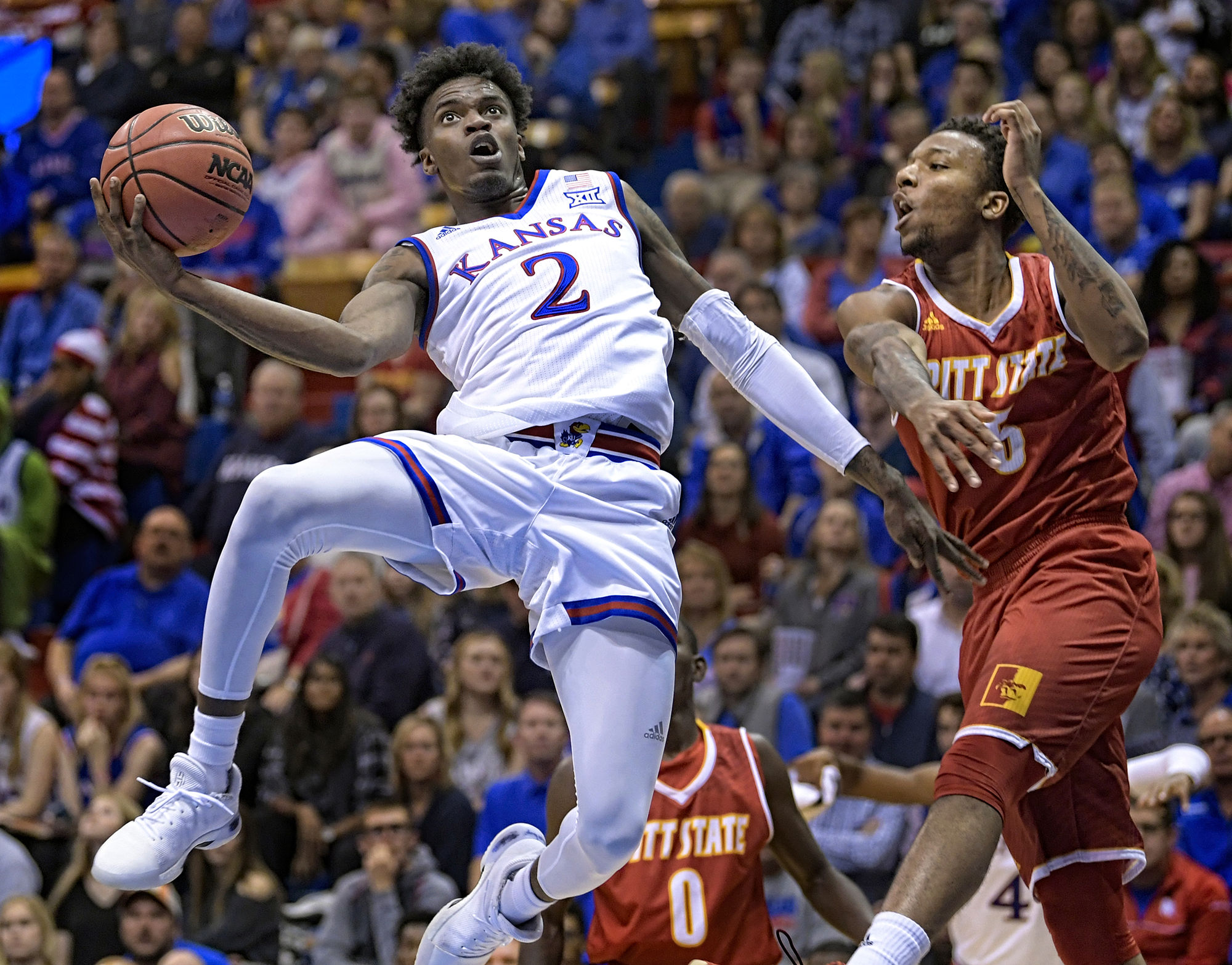 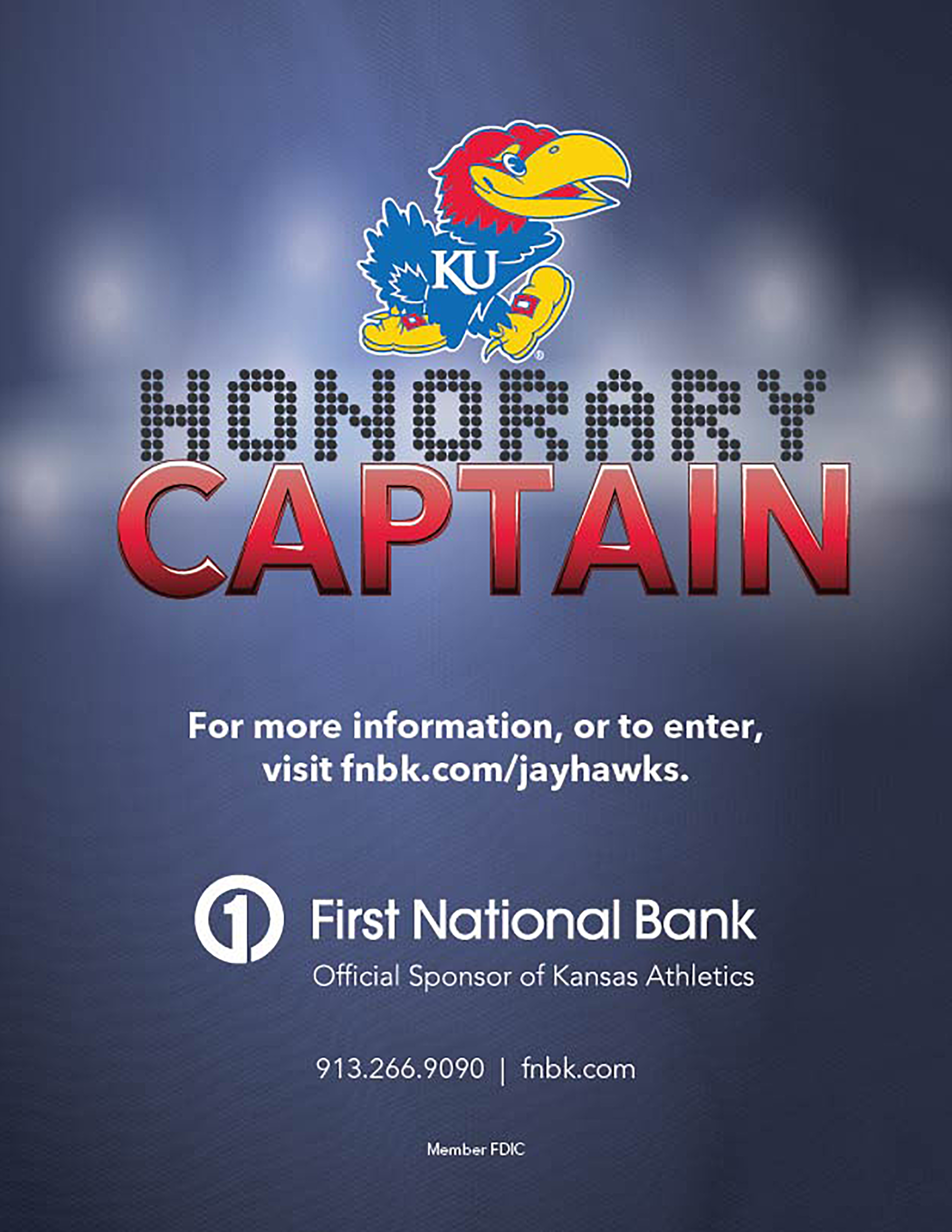 Kansas head coach Bill Self was recently asked by ESPN’s Holly Rowe what he had 14 of. The Hall of Fame coach thought for a bit then said he had 14 golf clubs in his golf bag. Rowe was hinting for Self to go into the fact KU will be going for its NCAA outright record 14-consecutive conference titles in 2017-18.

No. 3 in the USA TODAY Coaches’ and No. 4 in the Associated Press preseason polls, Kansas returns two starters and six letterwinners from last season’s 31-5 team which won an NCAA-record-tying 13th-straight regular-season conference title, a streak which started in 2004-05. The 2016-17 Jayhawks also won the CBE Hall of Fame Classic and entered the 2017 NCAA Championship as a No. 1 seed, advancing to the Elite Eight.

Senior guards Devonte’ Graham and Sviatoslav Mykhailiuk return as regular starters, while junior guard Lagerald Vick was also in the rotation with six starts. Sophomore center Udoka Azubuike had six starts in his 11 games played in 2016-17 before an injury ended his freshman season.

Expect to see returning sophomore forward Mitch Lightfoot’s minutes increase. Redshirt-sophomore guard Malik Newman, who sat out last year after transferring from Mississippi State, will play a significant role as will guards Marcus Garrett and Sam Cunliffe and forward Billy Preston. Garrett and Preston are freshmen, while Cunliffe is a sophomore who will sit out the fall semester after transferring from Arizona State last December. Last season, Garrett was the Texas Gatorade Player of the Year, while Preston became KU’s 42nd McDonald’s All-American.

Graham is the 2017-18 Preseason Big 12 Player of the Year, as selected by the league coaches, while Newman is the league’s preseason newcomer of the year. Graham was a preseason all-conference first-team selection while Newman and Mykhailiuk were on the preseason league honorable mention team. Additionally, Graham is one of 20 on the preseason Bob Cousy Point Guard of the Year Watch List, an award won by KU’s Frank Mason III in 2016-17. Newman is one of 20 on the Jerry West Shooting Guard of the Year Watch List.

The future is bright for Kansas as three transfers will be sitting out the 2017-18 season. Guards Charlie Moore (California) and K.J. Lawson (Memphis) and forward Dedric Lawson (Memphis) will be able to practice with the Jayhawks this upcoming season and will be eligible in 2018-19. Moore and K.J. Lawson donned the Crimson and Blue this past summer in KU’s 4-0 exhibition trip to Italy where they visited Rome and Milan.

Last season, Self became the ninth-fastest coach in NCAA Division I history to reach 600 career wins. Self enters the 2017-18 season with a 623-193 overall record in his 24 seasons as a college head coach. At Kansas, Self is 416-88 in 14 seasons. In September, Self was one of 11 enshrined into the Naismith Memorial Basketball Hall of Fame, becoming the fifth KU coach to earn such distinction.

Self will be the first to tell you that every team is different and a yearly KU theme is “the names have changed, but expectations have not,” kind of like each club in a golf bag is different with the goal being the same in shooting the lowest score possible.