RCW: Laughing Her Way Through a Balancing Act

Picking up a tennis racket for the first time at just 6 years old, Kansas sophomore Janet Koch is no stranger to the sport.

“My parents used to play at a club, and I used to go with them,” Koch said. “They really had fun with it so they introduced the game to me and started playing with me. I guess they saw talent in me.”

Koch’s parents were not the only ones who noticed her talent. At the age of 9, she began playing in competitive tournaments. Shortly thereafter, her family moved from their small town outside of Cape Town, South Africa, to a bigger city to better accommodate the young athlete and her busy practice schedule.

When Koch reached high school, her competitive level of tennis created more change in her life. As her successes were growing, she was being noticed by international scouts, including Kansas head coach Todd Chapman.

“We reached out to her and had seen some of her results and checked to see if she was interested,” Chapman said.

At the time Kansas took interest in her, Koch was ranked No. 152 in the International Tennis Federation (ITF) Junior World Rankings and No. 3 in South Africa Junior Rankings. In 2012, Koch was the Grade 4 Singles Champion at the ITF Petite Camp Junior Open. Along with her win, Koch earned top honors in a number of ITF events all over the globe from 2011-13.

Chapman was especially interested in Koch because he had recruited a friend of hers while coaching at Texas Tech a few years prior.

“She let me know the level of Janet’s play, but also the kind of person she was,” Chapman said. “She definitely vouched for her.”

At first, Koch was not interested in leaving South Africa, but eventually warmed up to the idea after a number of Skype calls with Chapman. Through these calls, Chapman made it clear to Koch that she would be the perfect fit for the direction he wanted the Kansas tennis team to move in. That direction is what sold Koch and convinced her to travel the 8,810 miles to Lawrence, Kansas.

During the 2015-2016 season, as a freshman, Koch individually went 21-13 in singles play predominantly at the No. 3 position. In doubles play, Koch had an impressive 20-12 record when paired with Anastasia Rychagova and Nina Khmelnitckaia and was ranked No. 67 nationally with Khmelnitckaia as her partner. With the records she had compiled throughout the course of her first year taking to the courts for KU, Koch had played a major role in leading the Jayhawks to their first NCAA Women’s Tennis Tournament appearance since 1999.

Although Koch has proven tennis abilities, it is her personality that is an equally important asset for the Jayhawks’ program.

Often times it can be difficult for student-athletes to know how to balance the hard work of being on a team, academics and a social life. Koch is unique because her light-hearted personality does not waver, even in the most stressful situations.

“She brings energy every practice and will joke around and bring us all up,” sophomore teammate Anastasia Rychagova said. “She gives our team a balance. When people are too concentrated she will bring a positive side.”

This positive energy and balance that Rychagova mentions are something that sets Koch apart from other athletes. According to Chapman, Koch is quick-witted, has a great sense of humor and is very outgoing.

“She’s one of the few who will give me a hard time, which I like,” Chapman said.

Even with her sense of humor Koch admits that the balancing act of being a student-athlete at a Division I program is something that she did not expect.
“Being a student-athlete and focusing 100 percent on school and tennis is something I really needed to change my view around on because coming here I didn’t think it was going to be this high of a level [tennis and school],” Koch said. “You don’t really know where to put your attention.”

Despite Koch’s dynamic personality there can still be setbacks. At the beginning of her collegiate career, Koch set out to study biology and aimed to eventually attend medical school. Because of her rigorous coursework as a biology major, and taking such high-level courses in her second language, Koch’s personality began to fade.

“I went away from being that goofy person because I was so stuck in my books,” Koch said.

Although Koch felt that she had strayed away from her happy personality in these stressful times, she still managed to keep the team morale high.

“She is the type of person that doesn’t let her personal thoughts [and stresses] be known,” Rychagova said. “She seemed like the same person and still laughed even though she was going through a lot.”

Balancing academics and tennis is something that Chapman has seen many of his student-athletes throughout the years struggle with, but believes Koch can handle it all.

“There’s just so much going on, time and demand wise on the tennis side of things and then with school, that can definitely become demanding,” said Chapman. “At the end of the day it’s still a game that they get to play and it’s an opportunity they have. When things get put into perspective, and I think Janet’s one that when she really looks at things and looks at the perspective of things, I think she is fine.”

It is Koch’s ability to move beyond difficult times that really sets her apart from others.

A self-proclaimed “people’s person,” Koch’s will to connect with other people is something that has made her transition to being a student-athlete in America smoother than expected.

“The people have been very welcoming since I’ve been here,” Koch said. “It has been easier for me to adapt because of the people.”

While the people she has met in Kansas are who made the transition smooth for Koch, her teammates consider the South African native to be the one who is welcoming.

“She’s the funniest person in the room and everyone wants to be in her circle,” Rychagova said. “She’s kind of the person who brings everyone together.”

Rychagova spoke about when the two first became friends at the beginning of their freshman season. The pair had never spoken before they were assigned to room together at a tournament in Arkansas. It did not take much time for Koch and Rychagova to become close.

“We were going to bed and we had this long talk and got to know each other,” Rychagova said. “After that we started spending more time together and became friends.”

“We’re both crazy about coffee. We both just go and take coffee all the time at tournaments,” Rychagova said. “We hide from the coaches because they don’t like us to drink as much coffee at the tournaments because it’s horrible when you try to sleep at night.”

Even though Koch’s ability to connect with people has helped smooth over the change in culture she has experienced since coming to Kansas, there are many aspects of American life that are very different than what she is used to.

Koch jokes that the biggest difference, and her favorite part of American culture, is the portion sizes of meals at restaurants.

In an interview on #RockChalkTV with Spectrum Sports’ Mick Shaffer, Koch joked about her love for portion sizes in America, specifically at Buffalo Wild Wings. Koch laughed and was adamant that it has “changed her life.”

Koch even solidified her love for Buffalo Wild Wings by completing the “Blazin Wing Challenge,” which requires participants to eat 12 of the restaurant’s hottest wings in under six minutes.

On a more serious note than the food portion sizes in America, the notion of being a student-athlete is something that Koch and her family had to adapt to.

“The college system of practice and tennis and how they treat student-athletes here is something we didn’t really know back home,” Koch said. “You can play a sport on your own time, but they wouldn’t accommodate you at a university for your sport like they do here.”

Koch credits much of her necessary adjustments and academic successes to the coaching staff and the resources that student-athletes receive at the University of Kansas.

“If you feel like everything is overwhelming there’s always someone you can speak to when you need to and people help you whenever they can,” said Koch.

Being tennis players themselves, Koch’s family is also very supportive of her athletic and academic endeavors.

“I’m really close with my family, I try to keep up with them on a daily basis,” Koch said. “They are supportive.”

With the support of her family, friends and teammates alike, Koch has learned to take life’s countless transitions in stride. She is learning to grasp the balance of academics, tennis and friends at college in Kansas with her family at home in South Africa.

But, in typical Koch fashion, she doesn’t let the stress of any of life’s current challenges get her down. The coffee aficionado jokes that no matter how many times she visits the local Starbucks; the baristas still can’t pronounce her name correctly. See, she makes people smile. 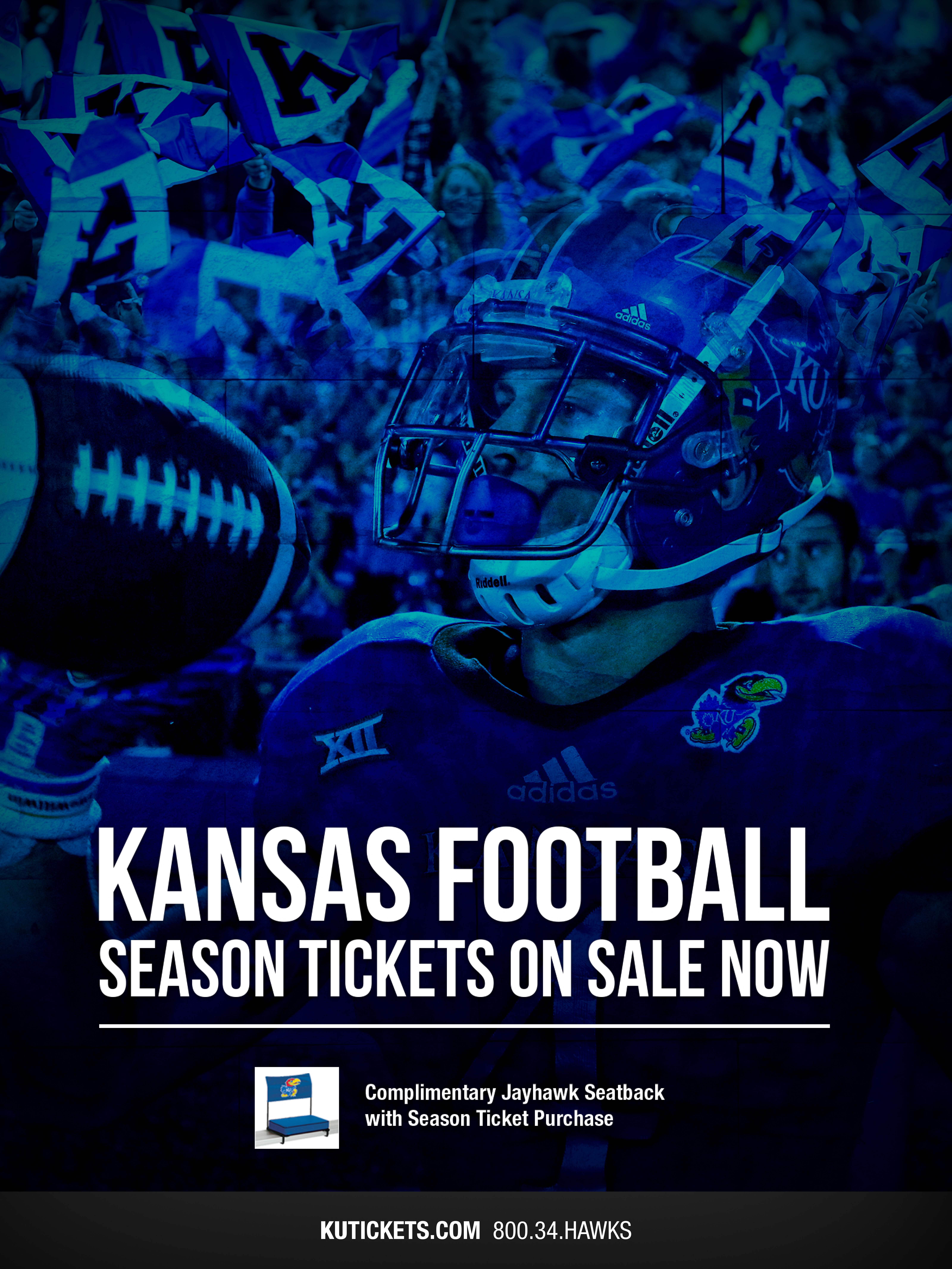