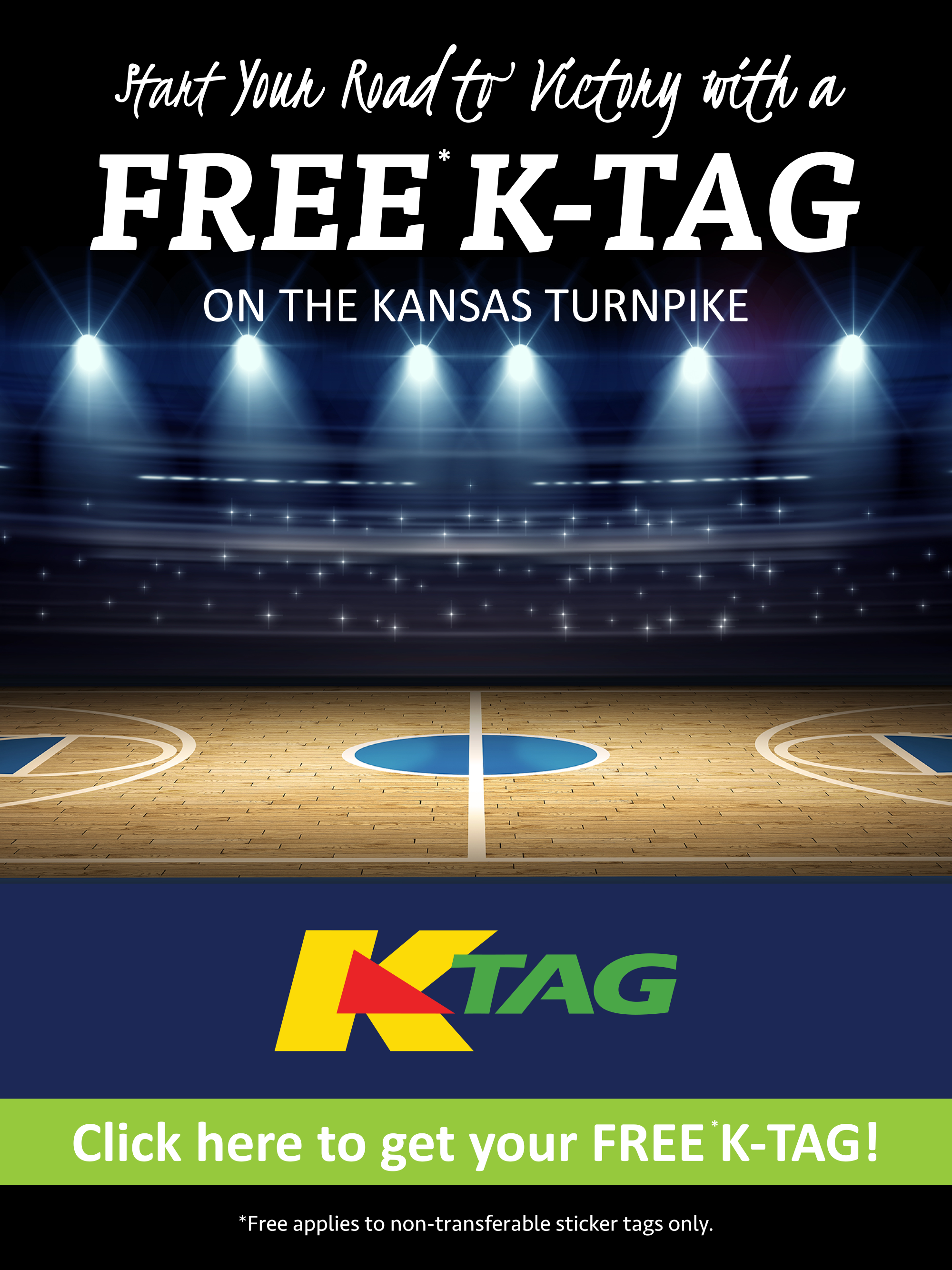 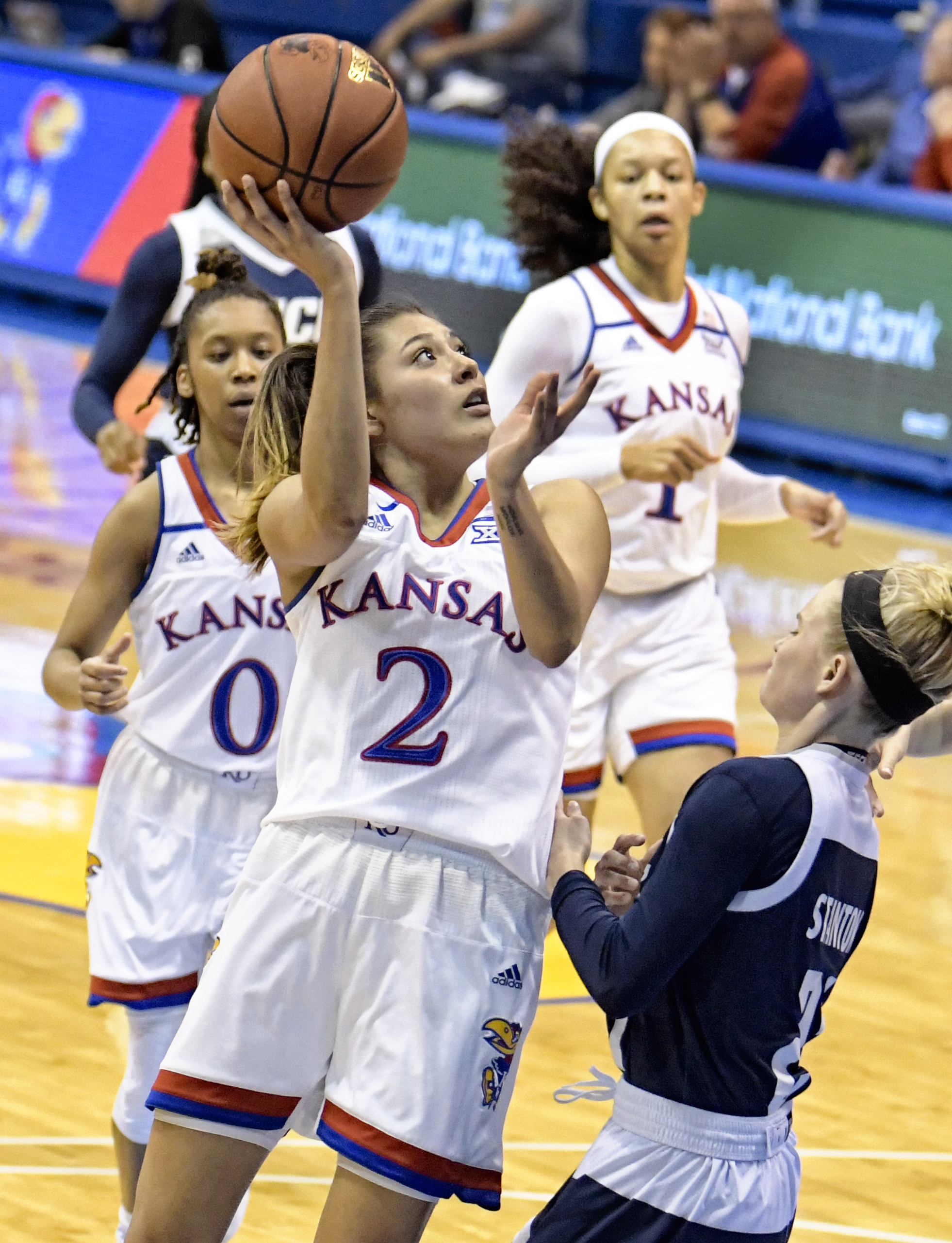 At the midway point of the 2017-18 season, Kansas women’s basketball sits near the top of many Big 12 Conference statistical standings and ranks among the best defensive programs in Division I women’s basketball. The Jayhawks have been ranked as high as fifth among NCAA Division I programs for field goal percentage defense, holding their opponents to shooting just 36.7 percent from the field. Currently, Kansas is 35th in the nation and second among Big 12 schools for the category.

After starting the 2017-18 campaign a perfect 7-0, the Jayhawks’ best start since the 2012-13 season, Kansas finished nonconference play with just two losses and started Big 12 play 2-1, matching its conference win total from last season in the first three contests. The Jayhawks’ first conference win came against TCU (12/31), who is now ranked No. 24 in the polls, before traveling to Texas Tech (1/3) to earn KU’s first Big 12 road win in the Brandon Schneider era.

Kansas has relied heavily on its newcomers this season. Junior guards Christalah Lyons and Brianna Osorio are two of the three players averaging double figures for Kansas along with veteran guard Kylee Kopatich.

Lyons has led the Jayhawks offensively for the majority of the season, averaging a team-best 14.3 points per game and notching double-digit scoring efforts in 18 of KU’s 21 games to date. The Dallas, Texas native has also dished out a team-leading 74 assists, which puts her just 52 away from moving into fifth for the most helpers by a Jayhawk junior. Lyons has netted 20 or more points on two separate occasions, first a career-high 22 points in a 63-48 win over UMKC (11/29) and a second time at then-No. 7 Texas, where she netted a team-best 20 points in the 79-62 loss (1/13).

Big 12 Conference play has been dominated by Osorio on the offensive end. The Las Vegas, Nevada native has averaged 14.4 points per game through 10 league games, notching double-digit scoring efforts in eight thus far. Osorio is shooting a team-best 45.6 percent from the field and connecting on 43.5 percent of her attempts from behind the 3-point line, which is among the best in the Big 12, ranking fourth in the conference.

Kopatich has continued playing a large role offensively for Kansas, now in her third year donning the Crimson and Blue. Kopatich leads the team from beyond the 3-point line with 48 long-range baskets to date, which is fourth-most among Big 12 competitors. With eight regular-season games remaining this season, the Olathe, Kansas native is just 130 points away from becoming KU’s 29th 1,000-point scorer.

In addition to Kansas’ improvements on the court, the Jayhawks have used the 2017-18 season to commemorate how far women’s collegiate sports, including basketball, have come in the state of Kansas. The Jayhawks celebrated 50 years of Kansas women’s basketball on Jan. 28 during the Lawrence edition of the Dillons Sunflower Showdown with Kansas State. Both Kansas and K-State are celebrating 50 years of women’s basketball this season. Highlighting the day’s festivities was the retiring of Jayhawk great Adrian Mitchell’s jersey. Mitchell, who donned the Crimson and Blue from 1976-79 and was named an All-American in 1978, became just the fourth Kansas women’s basketball player to have her jersey hung in the rafters of Allen Fieldhouse. Kansas and K-State battled against one another in an overtime thriller that ended in a 63-59 victory for the Wildcats. Despite the loss, the Jayhawks registered a season-high 10 3-pointers in the first meeting of the season against K-State. They will have a chance to even the 2018 series when Kansas travels to Manhattan on Saturday, Feb. 24 for the second game of the season between the in-state rivals.

Kansas looks to continue making strides throughout the remainder of the regular season with hopes of moving up in the conference standings before heading to the Big 12 Championship in Oklahoma City, Oklahoma, in early March.