RCW: More Than a Name 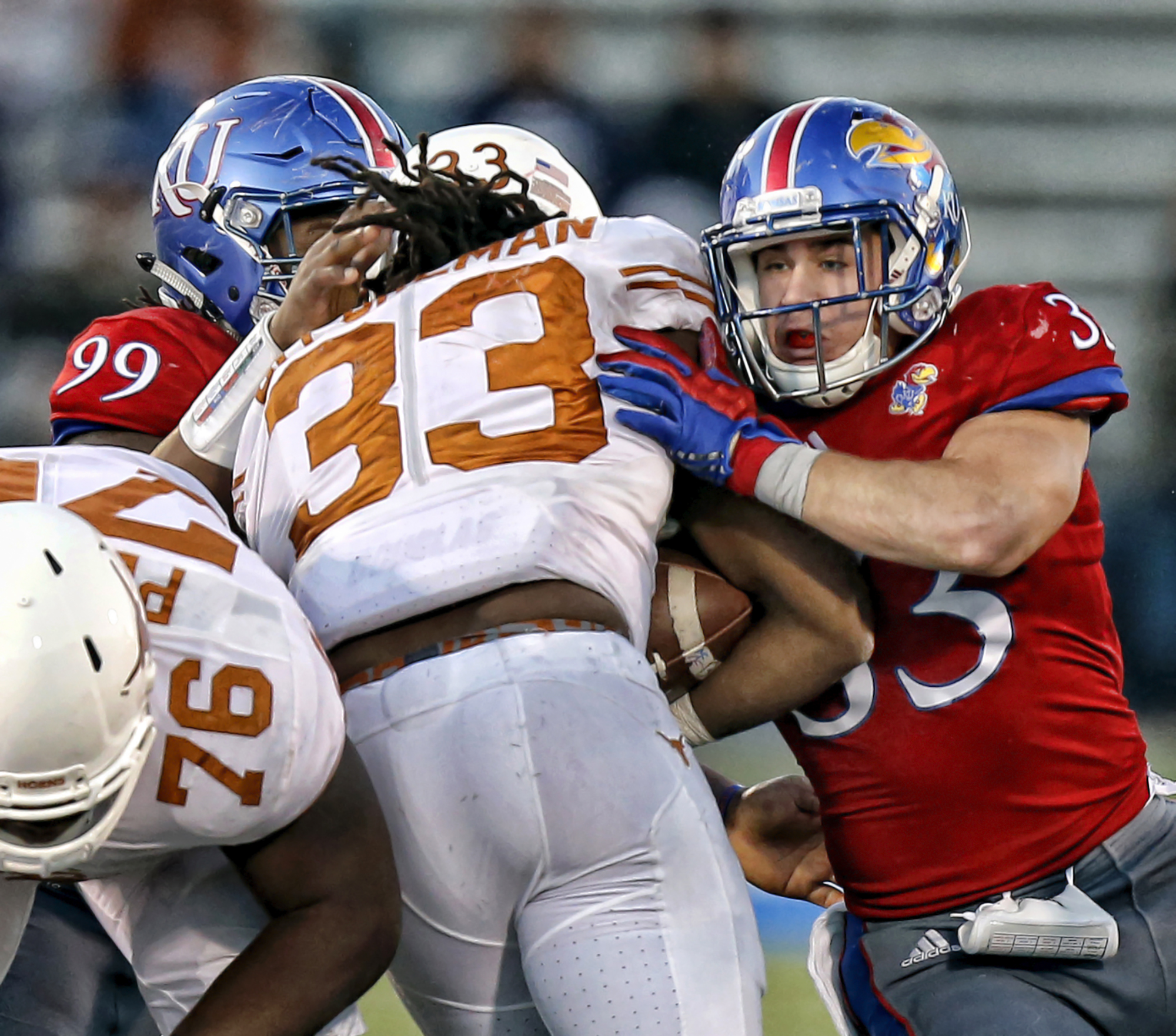 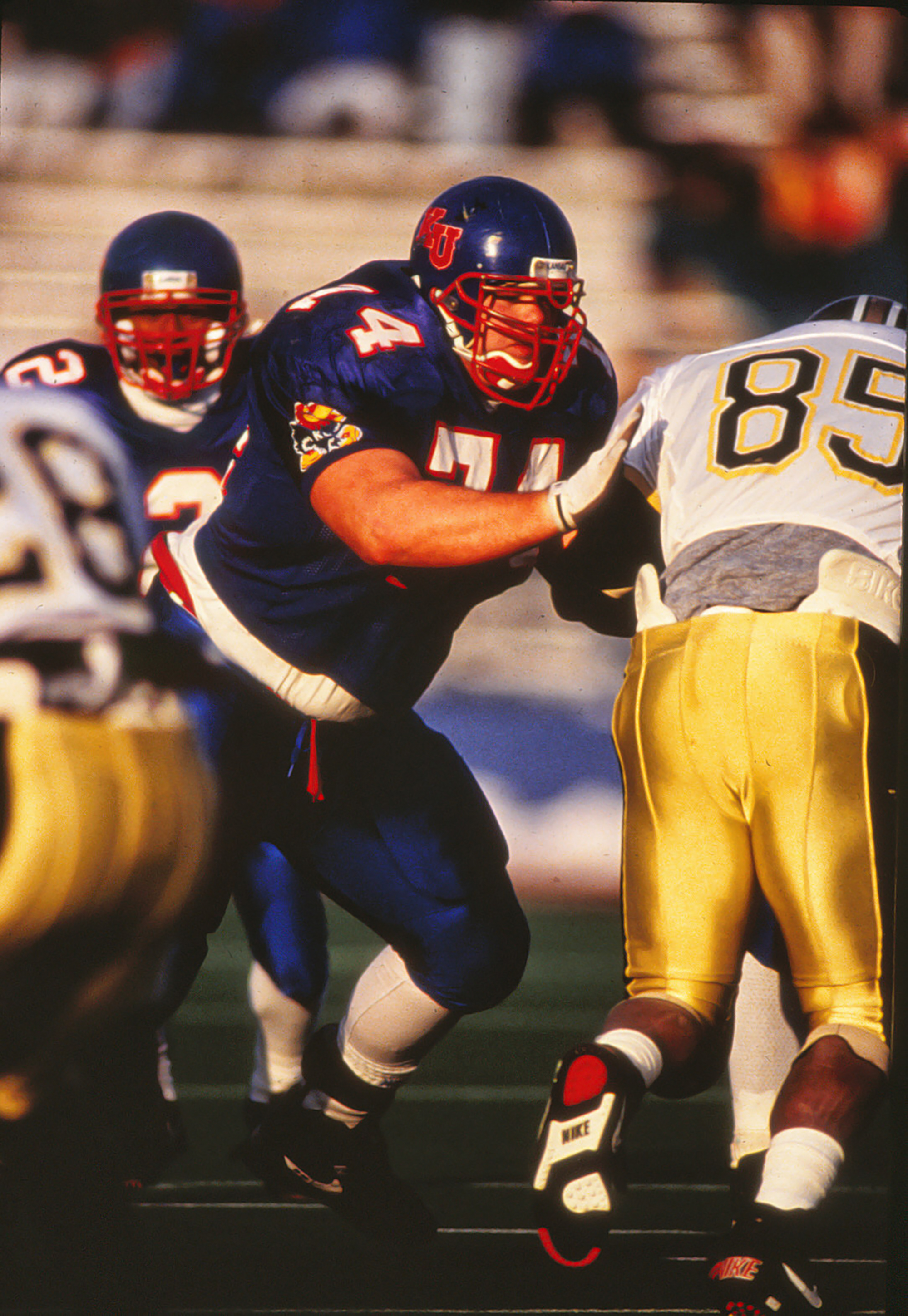 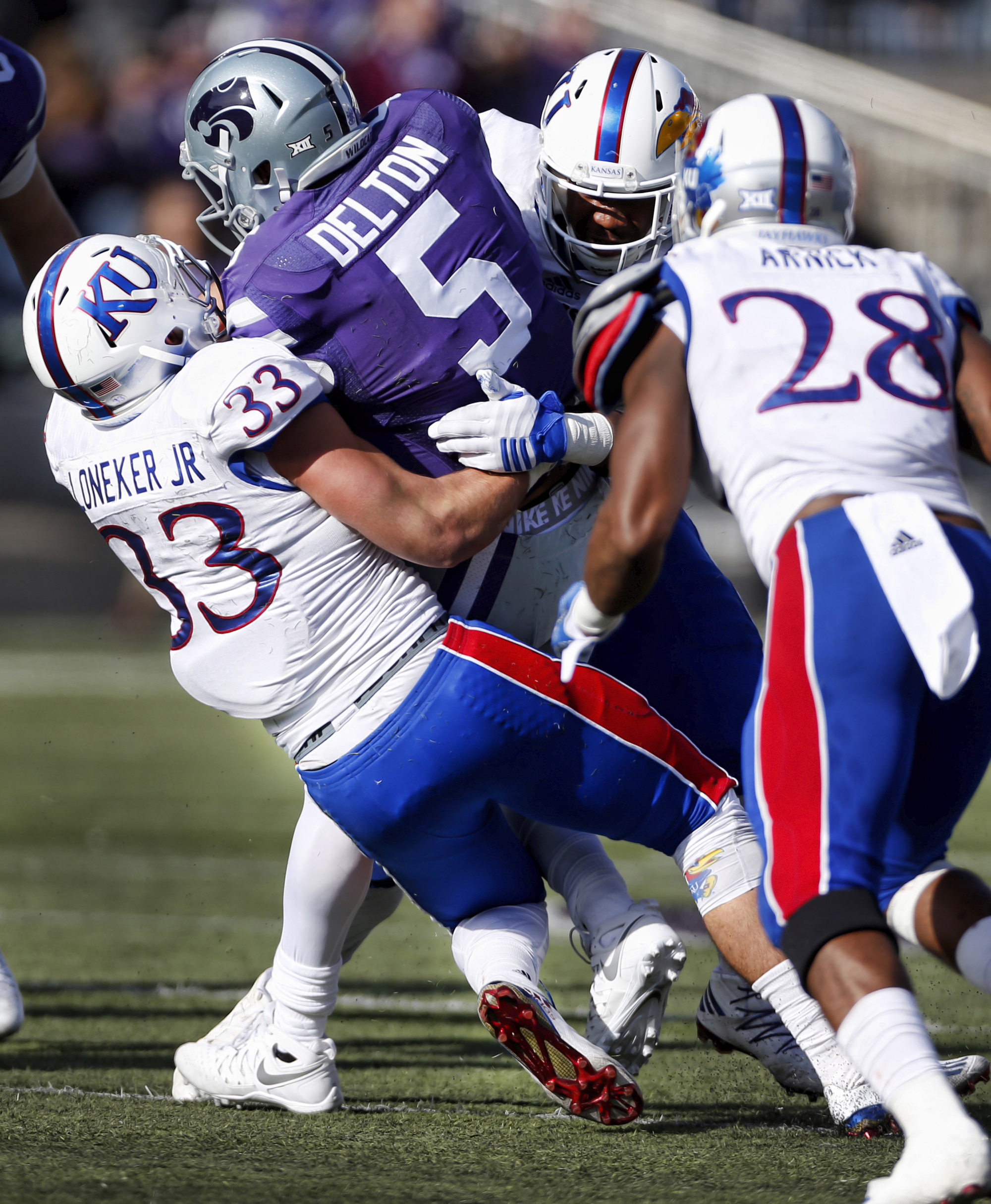 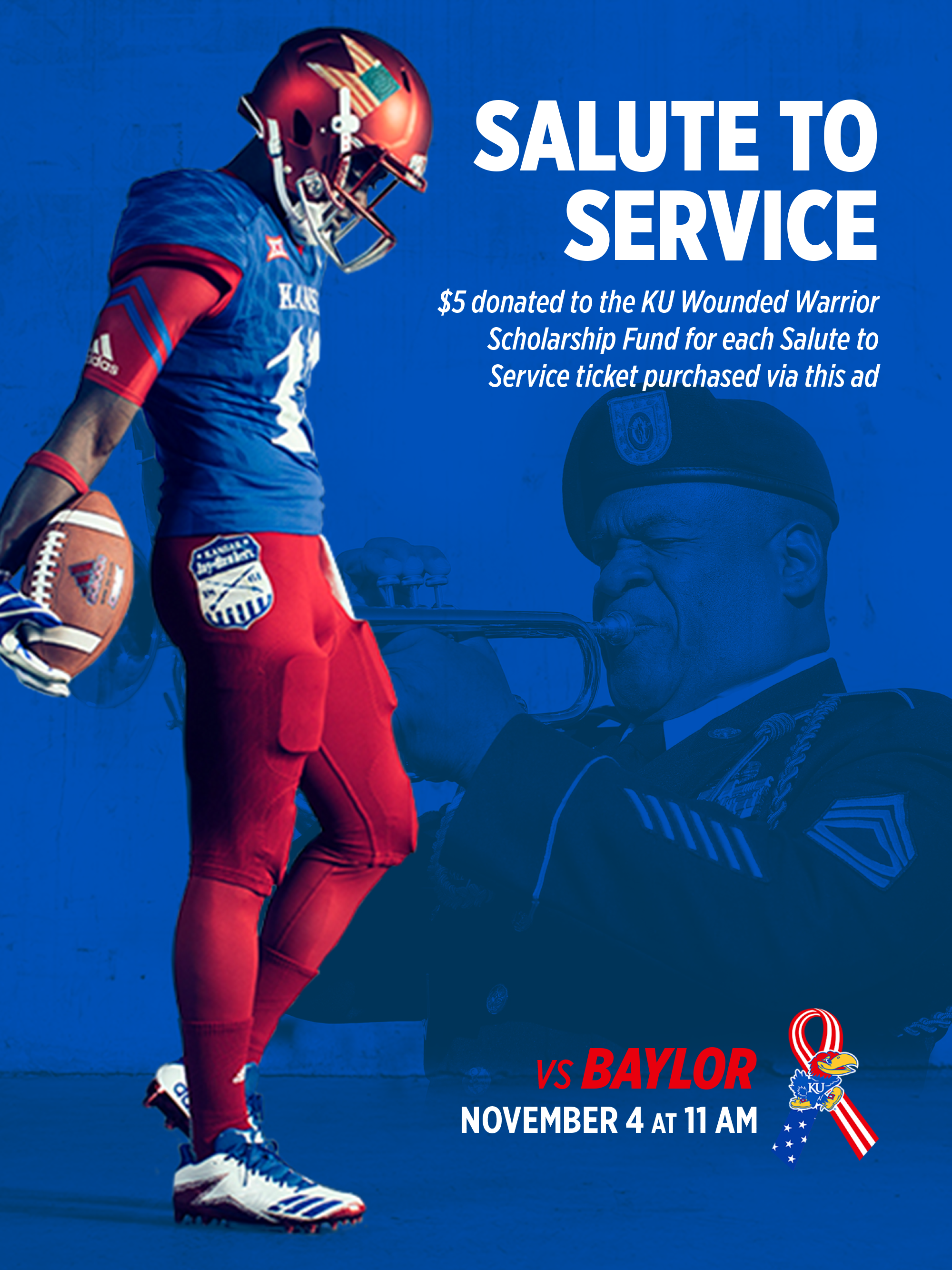 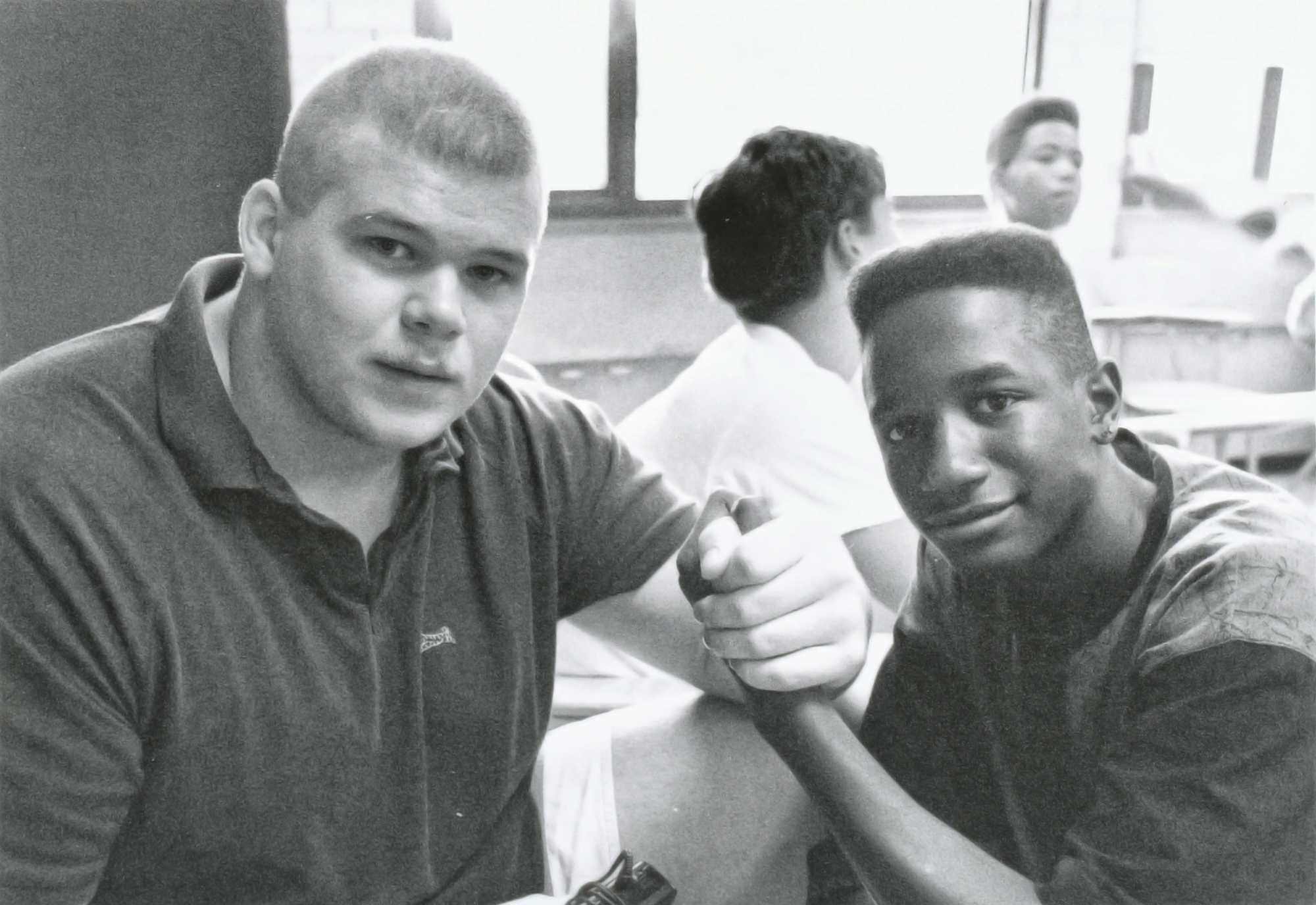 The relationship between a father and his son is often one that is untouchable, indescribable and unbroken. If done right, there is power between the two, along with a responsibility to make each other proud. This fulfillment comes through the things that they learn from one another as they grow.

An important role of being a son in any household is to carry on the family legacy. For Kansas junior linebacker Keith Loneker Jr., that legacy extends further than his last name. Traits like hard work, perseverance, selflessness, responsibility, being humble — that is what the Loneker name embodies.

Kansas assistant head football coach and defensive coordinator Clint Bowen has a special relationship with the Loneker family as he and Keith Loneker Sr., had the chance to work closely and grow together.

“The big one that I know he (Keith Jr.) embodied is how humble Keith (Sr.) is,” Bowen said. “As much success as (Keith Sr.) had in his life, from college to the NFL to movies and all of that, he always remained an extremely humble person and I know he has preached that onto (Keith Jr.) and he embodies that, especially the work ethic. By the time he was a little kid, Keith Sr., was working him out harder than probably anybody else. From workouts and getting him ready to go. The raising of a young man who does things right – respecting people, being humble, he works hard – he did a great job raising his son. He raised a great young man who gets it.”

Keith Sr., was a well-known man in the Lawrence community and many had the honor of knowing him. He was an expert when it came to football. He played for the Jayhawks, went on to the NFL and spent a lot of his time coaching because of his love of the game. He even had the opportunity to be an actor appearing in several films. He made immeasurable contributions to the Lawrence community and was a proud father of Keith Jr., as he made sure to support him as a player and a son.

“We had a great relationship,” Keith Jr., said. “A lot of people think it’s through football and a lot of it is. With that it was something that we were able to share but I think our relationship through football was more him being able to teach me life lessons. Football was kind of like the gateway, what combined us. But it was more about life lessons and how to be a better person.”

Keith Jr., said he could write a novel about what a great guy his father was. His father was a mentor not only to him but also made a huge impact on his peers along with other young football players who went on to play Division I football. Players like Kansas State sophomore offensive lineman Scott Frantz and Oklahoma sophomore defensive lineman Amani Bledsoe.

“A tremendous impact,” Bowen said. “He was very involved in the youth football league in Lawrence, he coached football teams for years. And then he and Bret Toelkes started directing the program and so he was a fixture at all the Lawrence youth football games. He was a substitute teacher, he worked kids out, there aren’t too many kids who came through Lawrence High School or Free State High School in the last 15-20 years who played athletics, played football, that Keith Sr., didn’t impact in some way.”

Not only was Keith Sr., an incredible leader to children and young adults, but he carried an energy with him that was contagious to people, leaving them inspired and wanting more.

“Keith Sr., was one of those magnets, just from the day he got here he was one of those personalities that you wanted to be around him,” Bowen said of his days playing alongside Keith Sr. “He was the big, fun, tough guy. When Keith showed up the party started. He was just that kind of guy, a natural-born leader, a natural-born magnet to other people. I mean he was a special dude.”

Keith Sr.’s enthusiasm for life and adventure did not stop at football. When an opportunity arose for Keith Jr., to star in the 2013 film “Underdogs”, he landed that gig for his son.

“He definitely opened the door for me on that. I never would have done it if it wasn’t for him,” Keith Jr., said. “Ever since I was little, I always wanted to do everything he’s wanted to do. I’ve always been looking up to him. His agent asked, ‘Would your son be interested in doing anything?’ and he asked me, and that was one thing I couldn’t really pass up. It was awesome.”

The life lessons that Keith Sr., was able to share with Keith Jr., were incredible and made for countless memories together. Though Keith Sr., passed in June 2017 after a battle with cancer, his son (Keith Jr.) and the Lawrence community will never stop appreciating the measures he went to for the people he cared about and the things he believed in.

“He spent so much time not only helping me with sports and being a better person, but he spent a lot of time in the community through Lawrence Youth Football,” Keith Jr., said.

Keith Jr., knew he wanted to make his father proud and continue to carry on those remarkable traits that he admired about his father from day one as well as to have an opportunity to show everyone all of the great things he learned.

“Selfless is definitely a trait that I try to mimic and mirror as much as I can, but he has a lot of other important traits too,” Keith Jr., said. “Being a New Jersey family growing up, respect is huge. So that’s definitely something I carry as one of my biggest traits. I try to model the way he respected people. Add responsibility and hard work, those are the three traits that he embodied. And it showed through his career with everything he did. That’s something that I want to do as well as he did and make known in my life.”

Every day Keith Jr., is reminded of and empowered by the man his father was and wants to continue that legacy. He proudly wears the Loneker name on his back and is embracing everything it represents. In memoriam of his father, Keith Jr., changed his number to 47 for the 2017 season the reciprocal of his father’s No. 74.

“I don’t play for myself, I play for the name on the back of the jersey. The Loneker name,” Keith Jr., said. “It carries so much for me, and Kansas and the No. 47. It’s just a constant reminder that I need.”

Many people are uplifted by Keith Jr.’s actions to support the memory of his father this season and are able to see the son that Keith Sr., will always be proud of.

“I’ve just got a great support group with my friends,” Keith Jr., said. “A lot of my friends are on the team so even my high school friends are sending texts and catching up with me to see if I need anything, they’ve been doing all that in full force, it’s been great.”

As his coach, Bowen has been a strong supporter of Keith Jr., throughout his football career and has watched him evolve into the hard-working man that his father was.

“He has a pretty tight circle on the team,” Bowen said. “It’s a place that he can come to and get immersed in the football world and maybe put some of that on hold a little bit. His football family within this [The Anderson Family Football Complex] has helped him and I know he is very close with his family.”

Hard work, loyalty, compassion. These are the traits that Keith Loneker Jr., holds close to his heart that his dad conveyed. They will forever make an impact on his son’s life – he wants the world to see his father as he sees him, a true hero.