RCW: Once A Jayhawk, Always A Jayhawk: Alonzo Jamison

Alonzo Jamison has been the underdog before and prevailed. Down 12 points at half to No. 2 Arkansas in the 1991 NCAA Tournament, Jamison and the Jayhawks clawed their way back for an upset victory and a spot in the National Championship game. Jamison is again down double digits and needs an assist, but help may be on the way.

Facing daily dialysis and renal failure brought on by diabetes, Jamison has been waiting for a kidney donor match and within the last few weeks may have finally found a compatible donor. 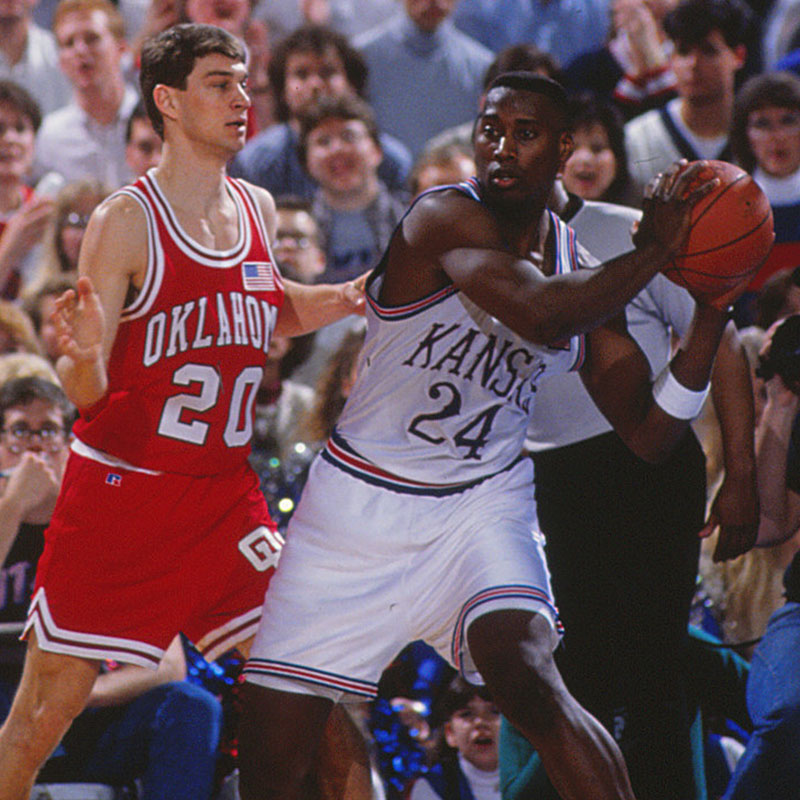 Jamison knew both sides of his family struggled with diabetes. His time with the Jayhawks kept him healthy, but eventually he graduated and wasn’t working out every day. He now spends eight hours a day with a dialysis machine. Jamison can make it through a typical work week, but he dreams of helping athletes better themselves through education, much like he did at Kansas. Although part of a shot at an NCAA title, Jamison counts his KU diploma as his greatest achievement.

“I had to get the degree because I told my mom before she passed that I would get it,” said Jamison. “Once I had it, it was one of those things where I thought I needed to help others get not only their diploma but to get some of their knowledge I had in basketball, so that’s why I went into coaching.

Jamison, who spent time as an assistant coach and head coach at Bethel University in Newton, Kansas and now has a job in sales for Ricoh, hopes each player has memories similar to his – Big 12 titles and National Championship games. Jamison and the rest of the Jayhawks helped lead Roy Williams to his first conference title during his tenure, something students today might take for granted as KU looks for No. 13 in a row.

For Jamison, the league crown was just motivation to continue toward the Big Dance.

“We thought of that as a stepping stone,” said Jamison. “The season is broken up in three different seasons: the pre-season, the regular season, and the post-season. That’s one of the prizes you have when you’re actually playing. You have that prize, you have the conference tournament prize, and then you have the NCAA prize – the biggest prize of them all. We were seven points away from winning the NCAA Tournament, but other than that (the conference title) was just a stepping stone for us.”

Under Bill Self, Kansas has been a notoriously tough defensive team. Jamari Traylor had an emphatic block against Connecticut in the NCAA Tournament last year and who could forget Thomas Robinson’s block to save the Jayhawks in the last matchup with Missouri at Allen Fieldhouse in 2012. This tradition of strong big men has roots with Jamison, who made intense defense his hallmark. 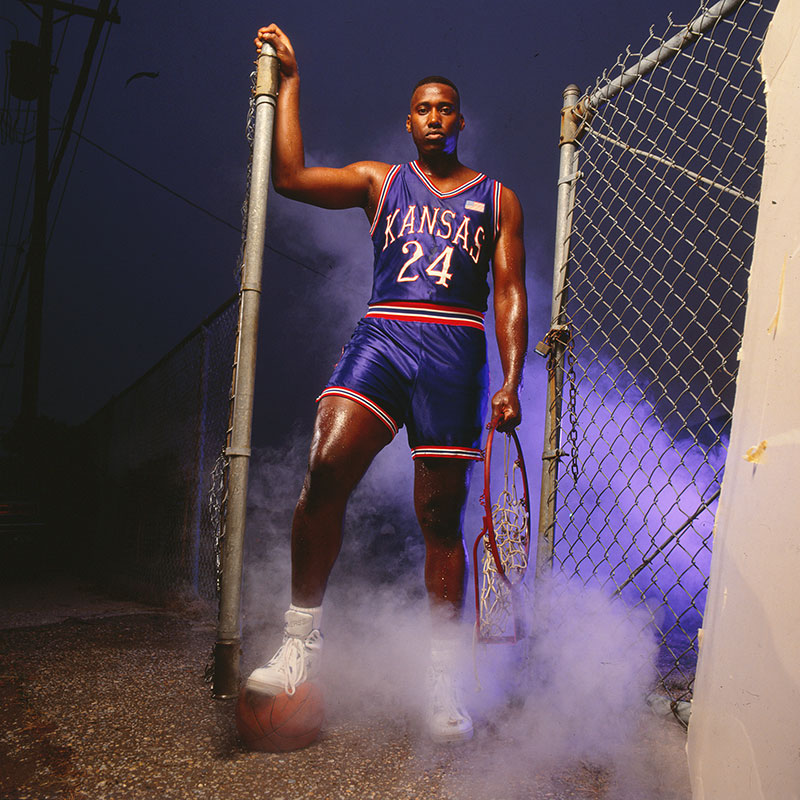 That toughness and earnest mindset has helped Jamison get through some bleak times while waiting for a donor. His wife, Colleen, was a near match recently but it was determined that Jamison’s antibodies were too strong and would reject the donated organ. Within the last couple of months a new donor has emerged and Jamison and his doctors are hopeful he can soon get in good physical shape for the best success.

The entire process has heightened Jamison’s awareness to the need for healthy organ donation, not only for himself but for others.

“That’s been my biggest thing since I’ve been going through this, trying to open peoples’ eyes so they understand the need for donors out there,” Jamison said. “Just sign the back of your driver’s license and we could save some lives if something ever did happen, Lord forbid. If I can help people get what they need out of this situation, I’m doing a heck of a lot better.”