RCW: Once A Jayhawk, Always A Jayhawk: Steph Norris

Ever since she was 11 years old, Steph Norris, a three sport athlete at the University of Kansas, always knew she would be a Jayhawk.

Calling Wichita, Kansas home, Norris began playing basketball and softball at the mere age of five years old. She would watch her two older brothers and their friends play basketball in the backyard. When they finished, she would grab a ball and start mimicking their moves and skills in make believe games with herself.

Norris’ eldest brother attended the University of Kansas, which sparked her love for KU. She recalls visiting Lawrence and being a spectator at the KU Relays watching Jim Ryun, who was from her hometown, compete. Ryun was the first high school student to break the four-minute barrier in the mile. He then went on to represent the United States in the 1,500-meter run in the 1964 Tokyo Olympics as the youngest member of the team.

“That’s when I fell in love with the place,” said Norris. “I wasn’t sure if they offered women’s sports back then, but if they did, I wanted to play there. It was one of those things, I fell in love and that’s what I wanted to do.”

Norris continued to play basketball and softball throughout her teenage years and added volleyball into the mix her senior year of high school.

Juggling three sports and schoolwork presented challenges at times. When Norris came to the University of Kansas in 1970, women’s sports had only been underway for one year. With this, there was no study hall for student-athletes so she had to quickly adapt and learn time management skills in order to succeed. This really came into play when basketball and volleyball schedules started to collide. The volleyball AIAW National Tournament was held in February, which was right when basketball was starting.

“The coaches would get together and plan practices,” said Norris. “We would practice in the same night one after another. I would just change shirts and walk onto another practice court.”

Along with no study hall, Norris did not have access to a training room. Her freshman year, Norris severely rolled her ankle in a basketball game against Fort Hays State. The team had a playoff game against K-State in a week, but there was no trainer to rehab Norris back to health. One of her teammates was dating a football trainer so once they got back to town, about 10 o’clock at night, he snuck her into Allen Fieldhouse to try and get her ankle rehabbed quickly for the playoff game. This continued for five consecutive days until it was time to travel for the game. 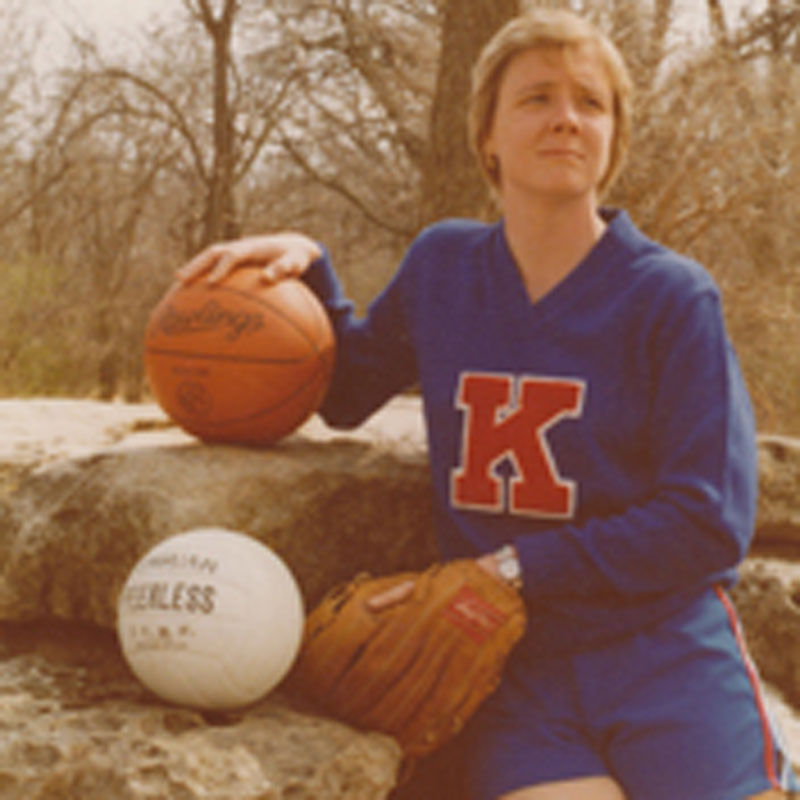 Prior to leaving for Emporia, the site of the playoff game, Norris had her ankle wrapped by the football trainer. With women’s sports being so new, they had no money so the female student-athletes stayed the night at a teammate’s house in Emporia. Norris slept with her ankle wrapped and went out and played the game the next day after a week of not practicing and sneaky rehab.

“We played, we won and we went to nationals,” said Norris. “I didn’t know this as a hardship or a challenge back then, but when I look back today – everything has changed.”

Majoring in education, after graduation, Norris taught and coached for a few years. She spent one year at a high school before taking a position at Southwest Missouri State, now Missouri State University, as the assistant basketball coach. Norris spent her first summers post-grad traveling back to Wichita to play semi-pro softball. She later decided to apply to Boeing Aircraft in Wichita just to see what would happen. Norris was hired at a salary three-and-a-half times what she made teaching.

Her career at Boeing lasted 19 years. Norris worked on the administration side of Boeing and during her last eight years, she served as the representative for a 15-person team. When production on military aircraft would get behind, her team would come in and finish up. Not only was Norris the only woman on the team, she was the head of the team.

“The assistant on that team, we kind of worked hand in hand, his name was Steve Carmichael and he played football at Kansas,” said Norris. “With my sports background, my drive, my competitiveness and how sports challenges you in life – we weren’t going to fail. Failure was not an option. We made a great team at Boeing.”

After her career at Boeing, Norris moved to Murfreesboro, Tennessee, about 23 miles outside of Nashville. Once there, she took a job at the front desk of a hotel and now finds herself in another high challenging, high pressure, high intensity job, which is the director of sales of the 177 room hotel.

“I came here as a retirement part of my life, even though it’s a little early,” said Norris. “I love the climate here. A friend of mine moved here and I helped her move and fell in love with the area.”

Still putting her sports and leadership skills to work today, Norris books teams at the hotel and gives a lot of talks about her story and what the kids have now versus what she had at their age. Through this, she has become friends with coaches throughout the state of Tennessee. 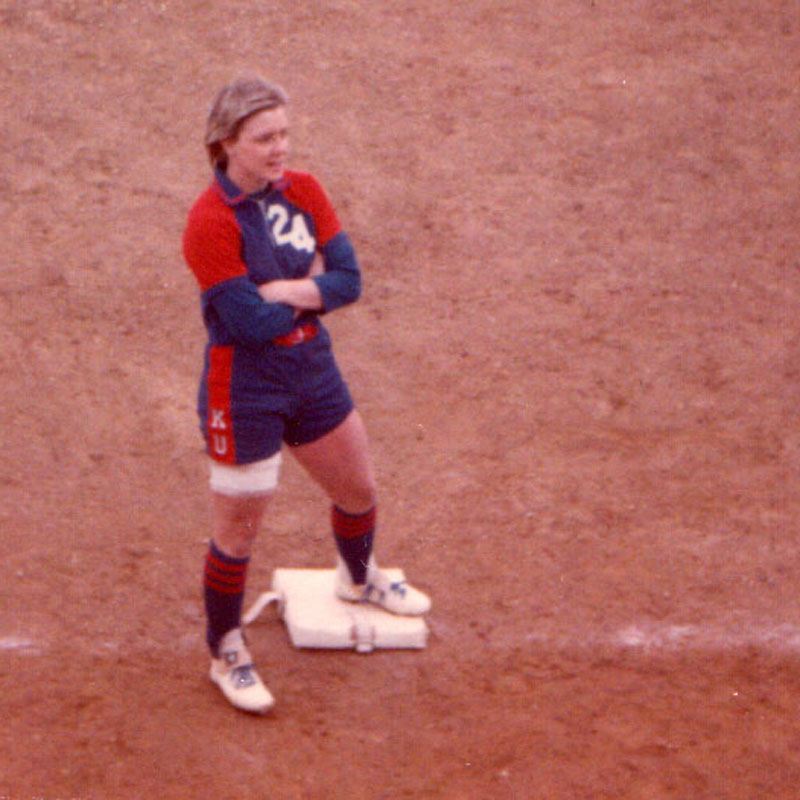 “They’ll say, ‘I want you to come talk to our kids,'” said Norris. “We’ll get them in a room and just talk to them and explain to them what they have and where this all came from. We were the trailblazers for what’s gone on in the last 20 years. We want them to be thankful because we had nothing. It was truly for the love of the game and for me, the love of KU.”

Reflecting on her favorite aspects of KU, Norris said, “Really just everything. The atmosphere when you walk into any sporting event and the people. In playing three sports, all the travel I got to do, all the people I met – I made lifetime friendships.”

This was made more evident over the 2016 Homecoming weekend when the members of her softball team all got back together for the unveiling of an alumni wall. Norris’ era was asked to be the first to sign the wall with the rest following.

“We just picked back up right where we left off,” said Norris. “Playing sports, going through all the things you go through at KU – we had to depend on each other. It was always my passion, my drive and that’s what I wanted. I lived out my dream because like I said, at age 11 I knew that’s what I wanted to do. I was always a Jayhawker.”